Recently, a brand new book landed on our desks here at Siren Towers (Note - not a tower) in the form of “A Year in Beer” by the Craft Beer Channel's, Jonny Garrett. The book explores how ingredients and tastes change with the seasons. Why lager isn’t the only drink for a hot summer and why it doesn’t just have to be stout in the cold. Jonny looks at seasonal holidays and festivals and explores the nostalgic elements of beer to guide us in getting the best experience possible, whatever the weather.

We always used to eat for the season. Whatever was fresh and growing readily at the time was what would make it to our tables. Nowadays, with a bustling international trade supermarkets can supply pretty much anything, any time. It’s largely the same with modern beer. We all have our favourite, go-to styles, and regardless of the time of year we know what we’re reaching for.

Our latest releases are perfect beers for this time of year. Inspired by Jonny we wanted to give you a closer look at them with a nod to Autumnal drinking. 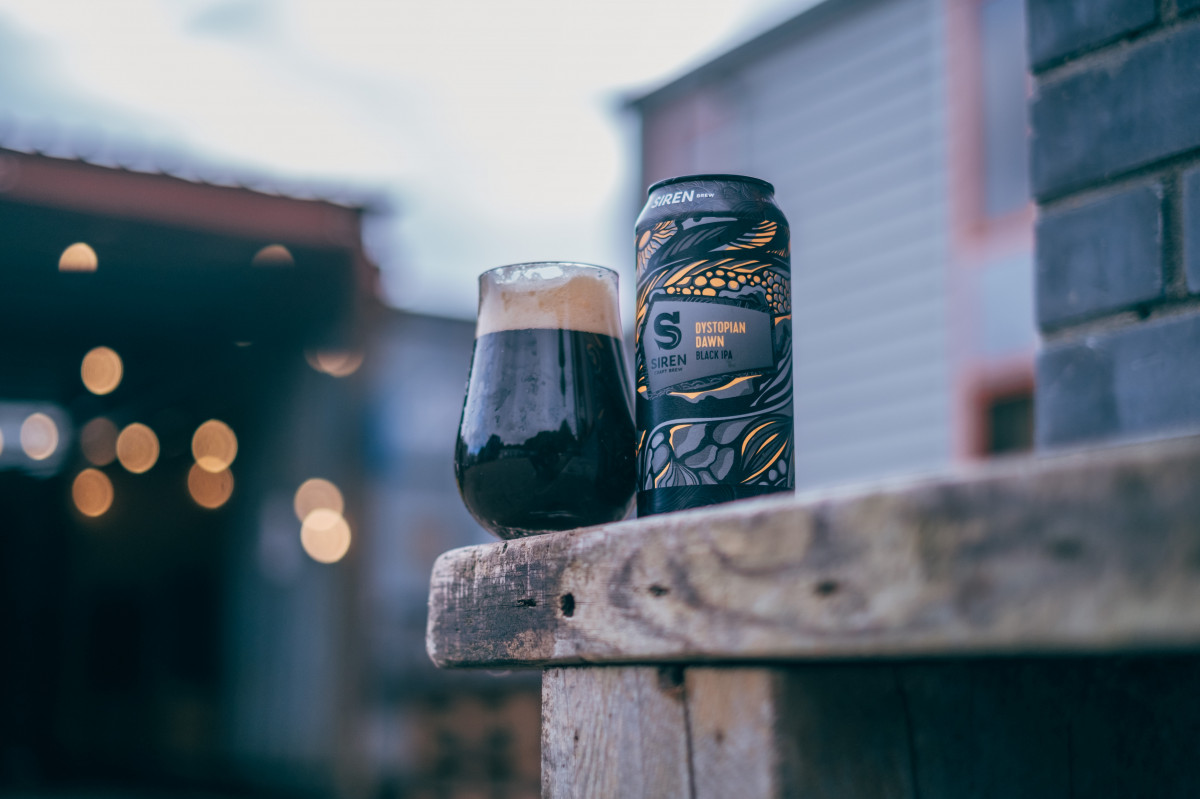 Although maybe not quite as much as our neighbours, we’re big fans of Black IPA here at Siren. Autumn brings with it darker mornings, and shorter days, but still flashes of sun and memories of summer. For us, Black IPA encapsulates that - it’s dark, but it’s fruity, fresh and vibrant tasting.

As Black IPA goes, this one is dark; it pours really dark. There’s a malt base of offering up a slightly more roasty backbone to the average IPA, with subtle chocolate, coffee and dark berry notes. But this beer comes to life with the hops. Citra and Mosaic are industry favourites for a reason, helping to push tropical fruits and citrus notes. But it’s the Azacca here that really helps to drive that summer profile.

All told, the blend is incredibly well balanced, leaving a smooth, complex, yet super drinkable beer. The term ‘Dystopian’ has a darker connotation, but the juxtaposition of Dawn, and the sunshine rising, provides the perfect metaphor for this beer. It’s dark, it’s light, it’s perfect for the season.

Dystopian Dawn is available now on the Siren webshop, in the Tap Yard and all good beer vendors further afield. 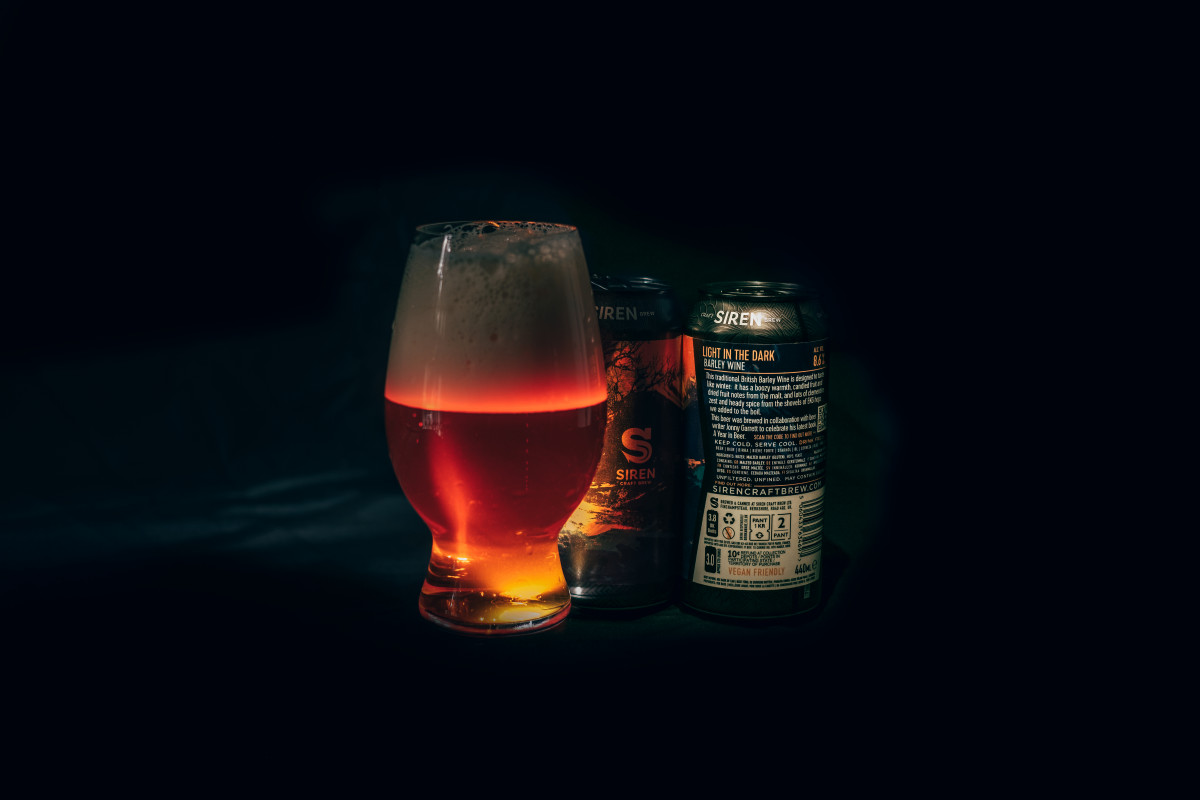 Talking of darkness, light and Jonny Garrett, this beer quite literally combines all 3. In case you missed us talking about it, and the book signing he did here at the Tap Yard, this beer was developed with Jonny to celebrate his book.

The concept for Jonny was to work on 4 different collaborations, each representing a season. We were designated Winter - Light in the Dark is quite literally a beer designed for colder evenings.

Some of you may recall our last Barley Wine, Scattered Light, which was spun (see more on the spinbot here) on three different types of wood to bring a layered sweetness. That beer’s still available if you want to grab some for comparison.

With Light in the Dark, we wanted a true winter warmer. There’s a rich booziness that warms you as it’s imbibed. With a nod to Christmas Cake, notes of candied and dried fruits, with a fresh clementine zest sparkle. But this beer shines with the East Kent Goldings hops added in the boil. A heady spice is hugged by an earthy quality best associated with a traditional English bitter, and it’s delicious.

Light in the Dark is available now - click here for yours. 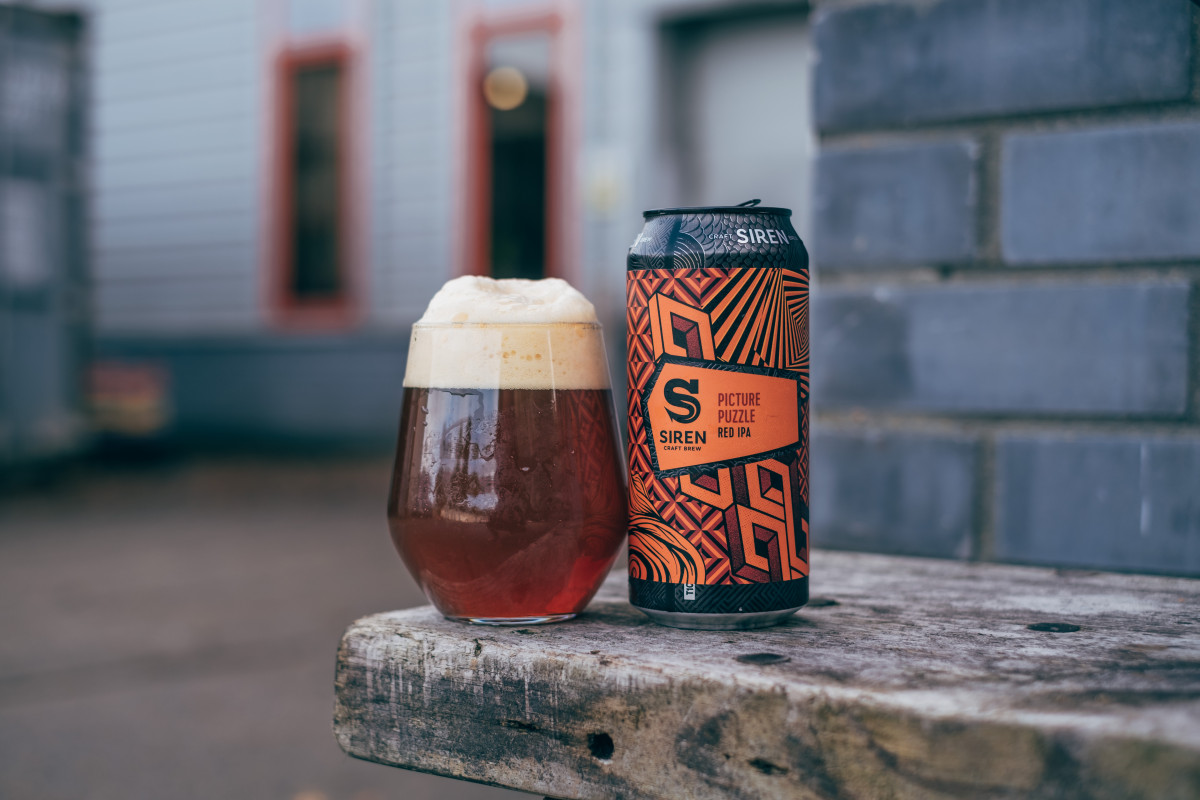 We’ve developed quite the habit for 5.8% Red IPA here at Siren. They say if it ain’t broke, don’t fix it. Well, that doesn’t say anything about tweaking and experimenting... ‘A’ say If it ain’t broke, fix it anyway and we’re going down that route.

Having been the case for the last few years now, it just wouldn’t be Halloween without a sumptuous Red IPA to get stuck into. Like its Black IPA cousin, the Red IPA is one of those beers that can often play tricks. Some can be a fruit onslaught, some can pitch more towards the malty side. Some pour bright red, some pour a deep, peaty red.

This one pours a deep red, but if it catches the light has a stunning red shine. We’ve used Simcoe, Amarillo and Centennial hops for some spritzy tropical fruit high notes, with juicy orange and plenty of piney bitterness. This is partnered with a malty backbone that helps to add that extra warming element.

I for one am super pleased that this beer has been packaged into cask. It’s cold out, I’m sitting in the corner of my favourite cosy Siren Craft Brew country pub with a good book and a pint of this beer. It’s picture perfect… it’s Picture Puzzle.

So there we go, that’s just some of what we’ve got out now that’s good for the season. This writer saw Steve, our incredible Barrel Manager, busily working away in the barrel store recently - tis the season. ;)

Let's also give a quick nod to Memento - Nitro Best Bitter, because obviously. 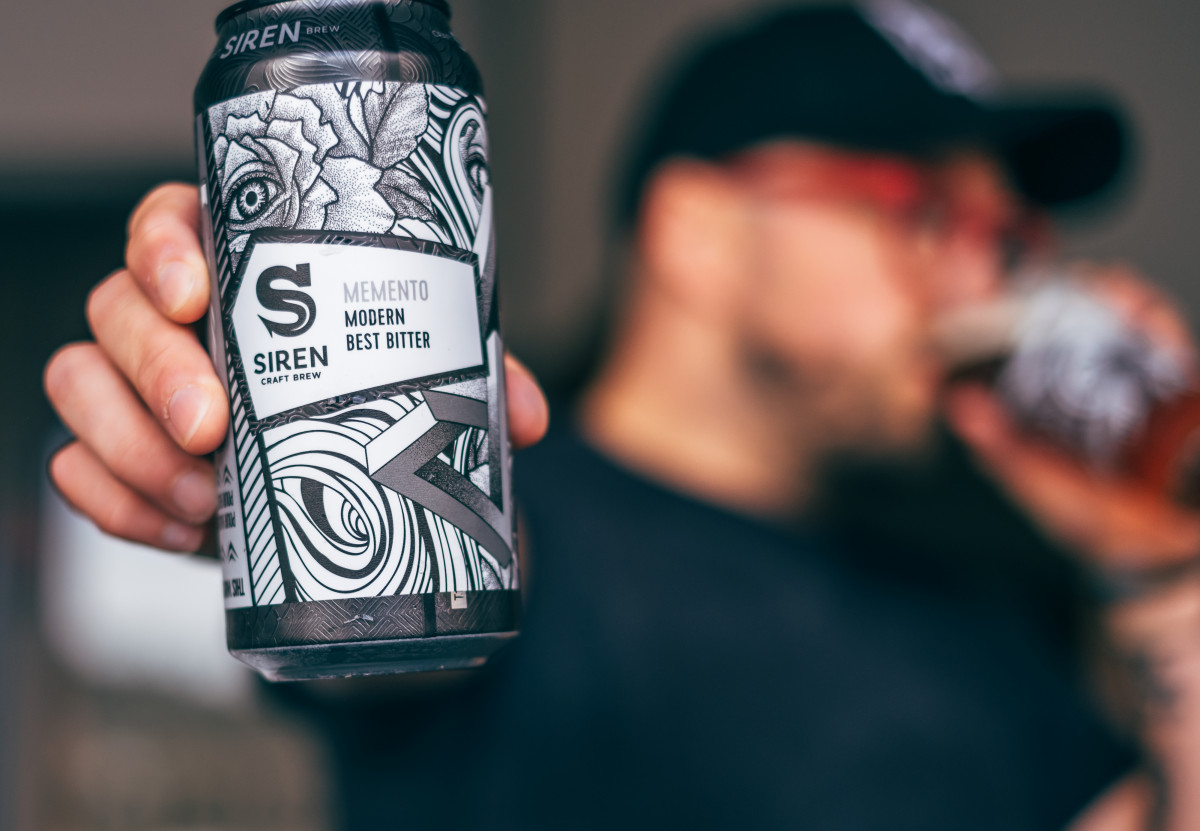 Let us know what your go-to beers for the season are via Twitter!