At the time of writing, something dark lurks in the tanks at Siren Craft Brew. Something full of juicy melon notes, a soft body, tropical aromas and a mild bitterness. Wait a second, that doesn’t sound like a dark beer? Well I’m sure you’re already onto the fact that it’s time for a good old #BIPACOMEBACK.

Those of you who came to Time Hops Beer Festival and saw two huge Yorvig Vikings walking around, you’ll know that Brew York were in town. And when someone like that is visiting, you don’t pass up the chance to brew. Even with real estate on the brew deck some-what limited, a brew plan was hatched. 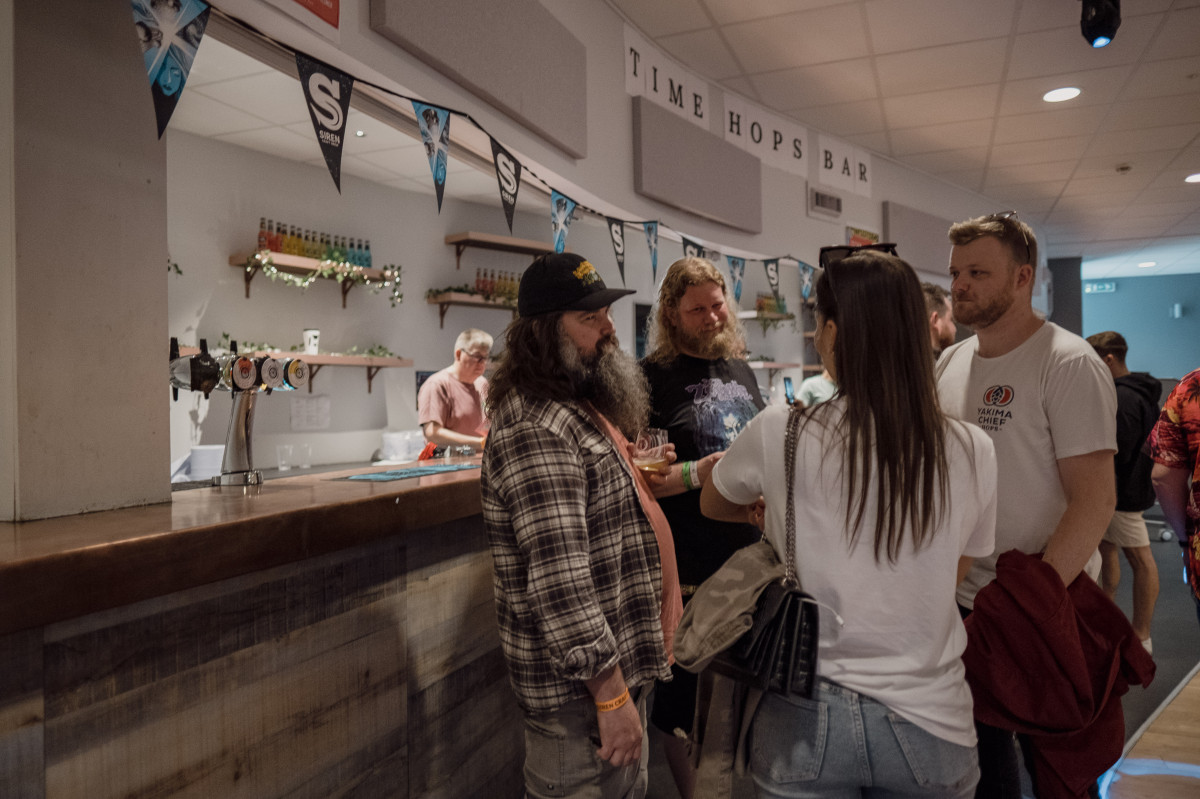 A mutual love of Strata was the starting point, and the chance to have some fun meant that the ideas flowed from there. Whilst we take it seriously, craft brewing should still be about fun. Beer is there to be enjoyed and when there’s an added element of theatre, surprise or intrigue, the experience can be even more heightened. But is it just about having fun with the illusion of dark and light beer?

Let’s find out. Let’s talk about Black IPA, or indeed, Black Lager / White Stouts or anything with a bit of surprise.

What is a Black IPA?

So firstly - apart from literally being a dark, or sometimes actually black IPA, what are we talking about here? Essentially, it’s a typical IPA recipe, but utilising some darker malts. These malts not only bring the colour to the beer, but also more roasted/toasty/caramel and even chocolate or coffee notes to the beer. This, combined with a heavy dosing of hops, is what creates these unique beers. There is of course, yeast and water profiles to manage - but this is where the genius of a good head brewer comes in.

I couldn’t write about Black IPA without popping over the road to talk to Andy Parker from Elusive Brewing. Andy is well known for pushing the #BIPACOMEBACK hashtag, with his desire to see more Black IPA being brewed. For Andy, his love for Black IPA comes purely from a stance of the unique opportunity to bring a flavour profile that you couldn’t get elsewhere.

I love the style because it allows for some clever interplay between the array of flavours that darker malts can impart and those classic Pacific North West hop varieties. It's a real skill to brew a good example of a Black IPA. You need to be on top of your water game to prevent the roasted grains from adding too much of an acrid bite whilst not muting the hop character and you need to strike that balance of having just enough dark malts to hit the colour target but not present a beer that's too roasty. 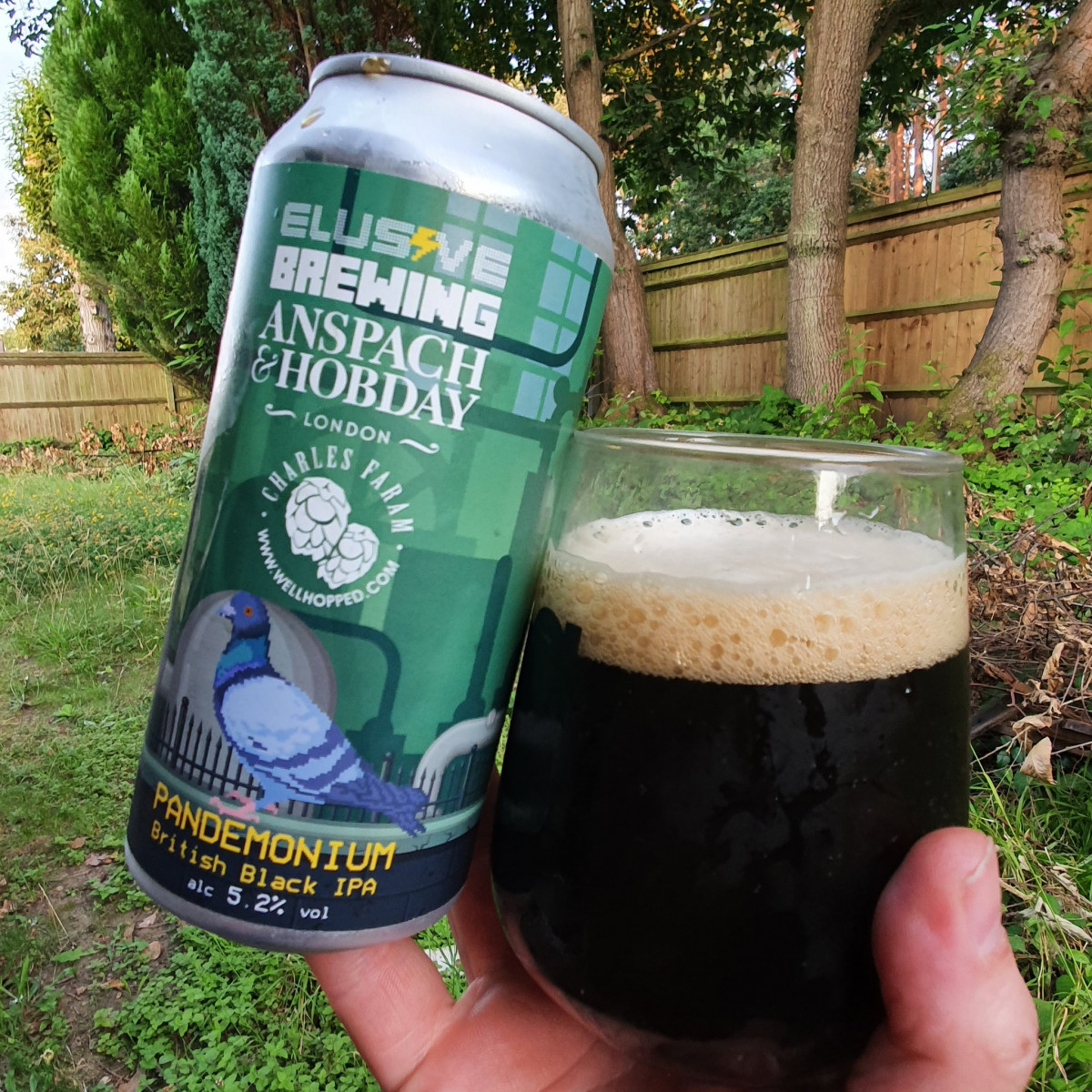 In my opinion (and anyone is welcome to disagree!) Black IPA is a bit of a sliding scale between a dark beer with the flavours of a juicy, hoppy IPA or pale ale and a darker, more roast heavy beer with some hop notes to bring a refreshing touch. If I recall correctly from previous conversations, Andy’s preference is more towards the Cascadian Dark Ale side of things, with slightly more roast.

You may remember “Together & Apart”, our Cascadian Dark Ale, and also our Elusive collab, Zombies Ate My Neighbours, which had a nice roasty background, with some really delightful orange and berry highlights - a profile you can’t really achieve without those dark malts. 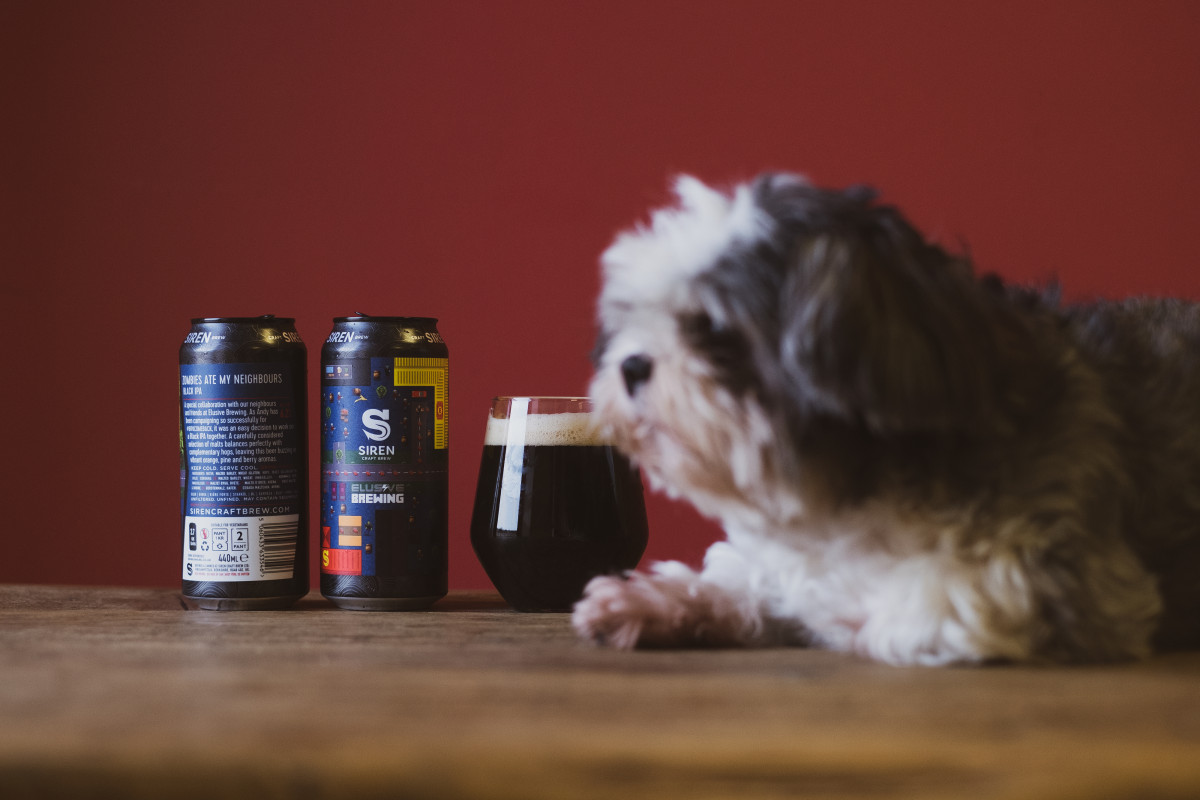 Our Elusive Brewing Collab, Zombies Ate My Neighbours, with bonus Dolly because she was excited to be on the label.

So, what's a White Stout?

And then there’s the White, or Pale Stout. More like an amber ale or IPA in appearance, but with classic, recogniseable roasty flavours of a stout. Again, this comes down to managing your malt bill. We’ve written before about the importance of malts - check that out here.

Last weekend we poured Caribbean White Chocolate Pancake Stack at The White Hag’s Hagstravaganza, in Ireland. Watching people get poured this beer and seeing their reaction was great fun. On the surface, a pale glass of beer, but then you drink it and get stout, fluffy pancakes and maple syrup… but what if you couldn’t see it? 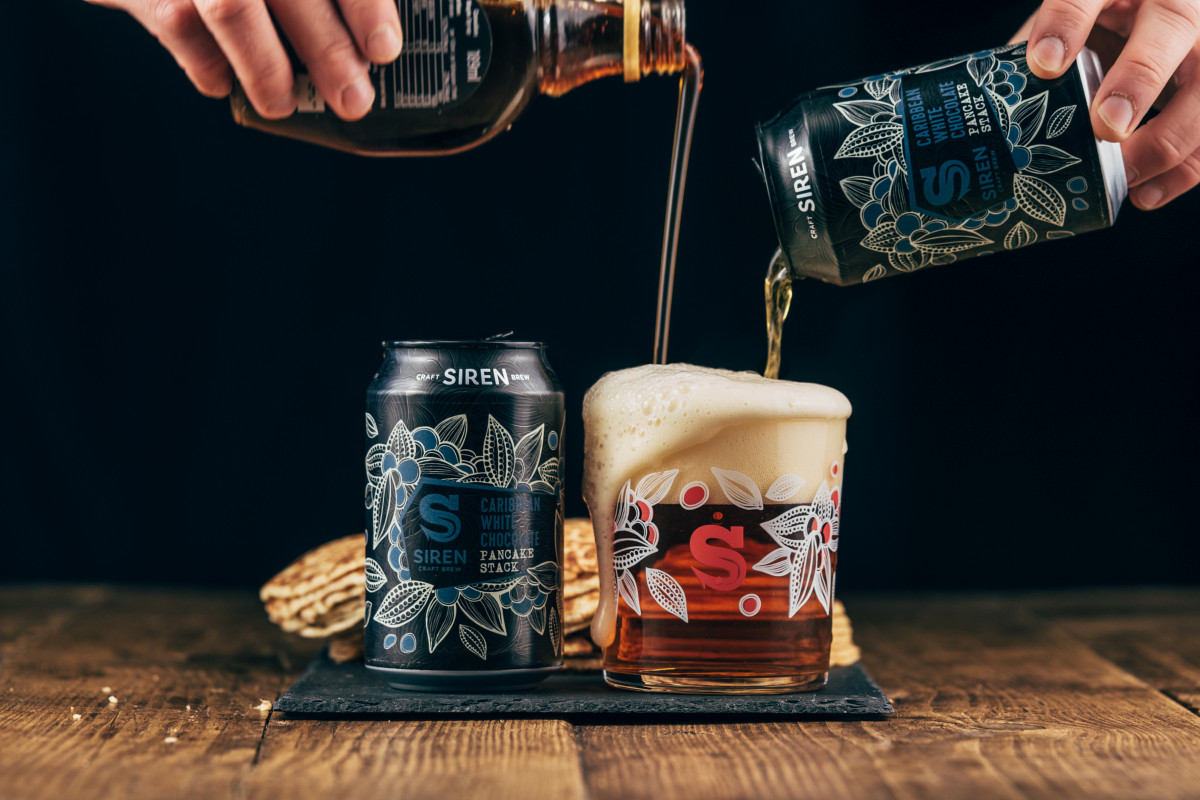 And so back to Mr Parker. Back in March, at Siba BEERX in Liverpool, Andy hosted a blindfolded tasting, in which myself, Hannah, our eCommerce Manager and Head-Brewer Sean participated. 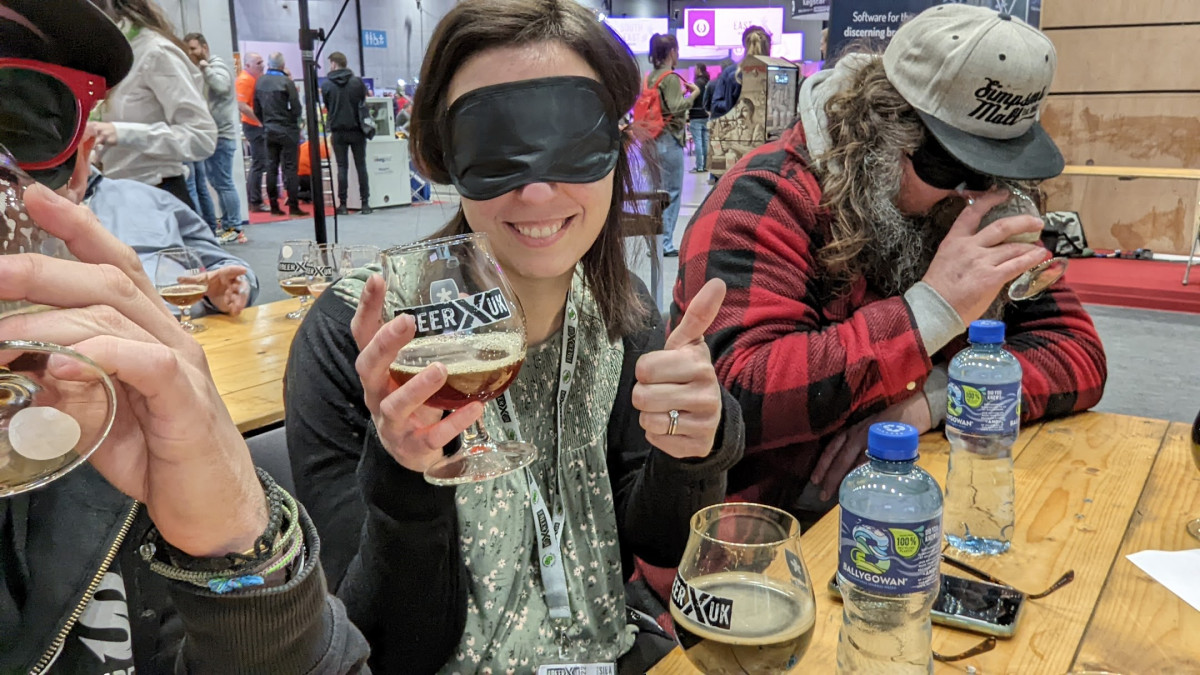 Andy chose 5 beers to play games with us. We sat, blindfolded, gripping an empty glass, and someone came around and filled the glass for us - very much the craft beer equivalent of a trust fall.

After taking in the aroma, and sipping the beer, we had to raise our hands as to whether we thought the beer was light/dark, and then IPA/Stout/Sour/Lager etc. Let me tell you, even a crowd made up of brewers and beer professionals was completely split. 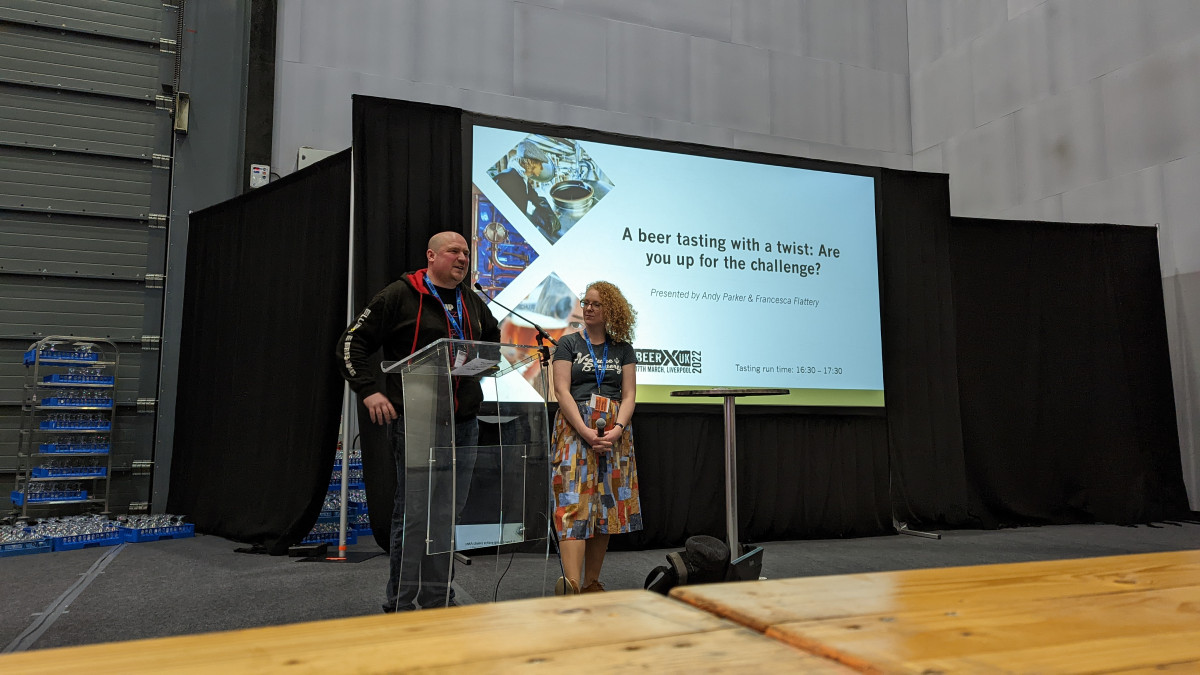 Beers Andy chose included a Mint & Hibiscus Wheat from Neptune, a Black Lager from Utopian, our very own Caffè Lungo Doppelbock and Road to Darkness, Elusive brewing’s Export India Porter. Again, that’s a style with a twist from eye to mouth. A traditional porter, but loaded with hops - very difficult to work out, without the added help of a visual. Andy himself was super complimentary of our own India Export Porter, Antidawn.

Andy says “The feedback from the session was that everyone had something in that lineup that surprised them when removing the blindfold or hearing about the ingredients. Sight and smell play a huge part in informing our palate before anything gets near our lips. Tasting blindfolded removes one of the tools we use for tasting but also heightens the other senses which try to compensate accordingly. I think next year we might try it with nose pegs!”

For some beers related to this article, check it out:

.... Oh, as a closing note - what's the name all about I hear you (probably) asking? Well, you'd think that "Out Like A Light" would quite literally just refer to the fact that a typically pale, light beer is now dark. Well, that works, right?

But... it's actually related to an (alleged) photo from our last away day up to Brew York, with our Head Brewer Sean, and Lee from Brew York both asleep, passed out. Andy swears he's seen it, but no one claims to have it. Is it a conspiracy? Maybe...

Whilst you're here, check out our special Brew York mixed case! 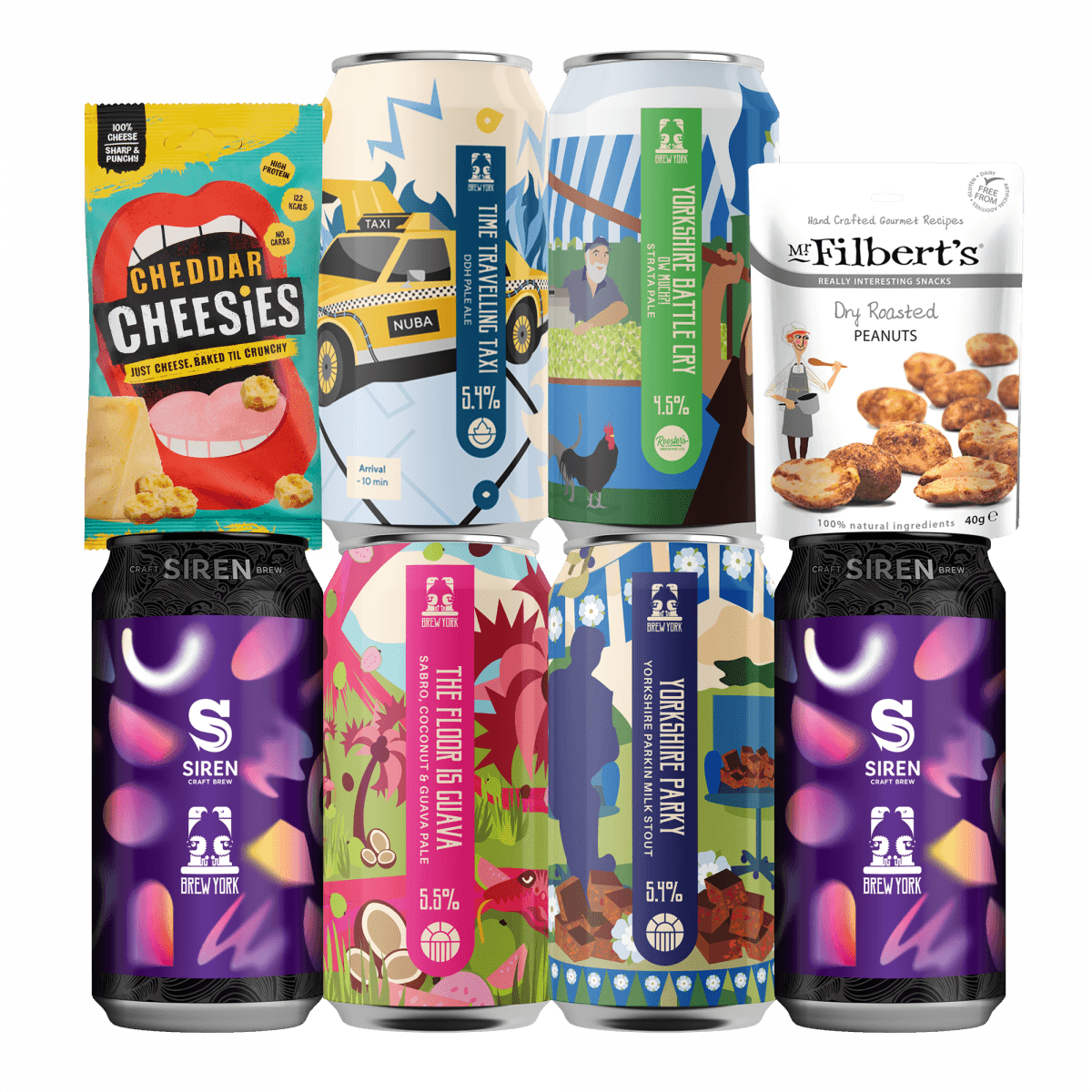