Shining the Lantern on Red IPA

Back in April 2020 we published this blog: Seeing Red, a History of Siren’s Red Ales. As we’re celebrating one year of Lumina this week we thought we’d take a look at our currently available Red IPA, FLYING LANTERNS, as its can design takes inspiration from the Lumina canvas.

But first off, let’s have a refresh on just why we love Red IPAs so much.

In the aforementioned ‘Seeing Red’ blog, we mentioned how it was a Red Ale that inspired our founder, Kevin McCloud Darron, to ultimately start brewing. The now retired former-flagship Red IPA, Liquid Mistress, was the 3rd ever brew on the fresh new Siren brew kit. Liquid Mistress was always a popular beer, especially in cask. It’s deep, rich, biscuity malt bill (‘biscuit-and-burnt-raisin’ for the connoisseurs) provided a roasty backbone for Amarillo and Centennial hops to work their magic. 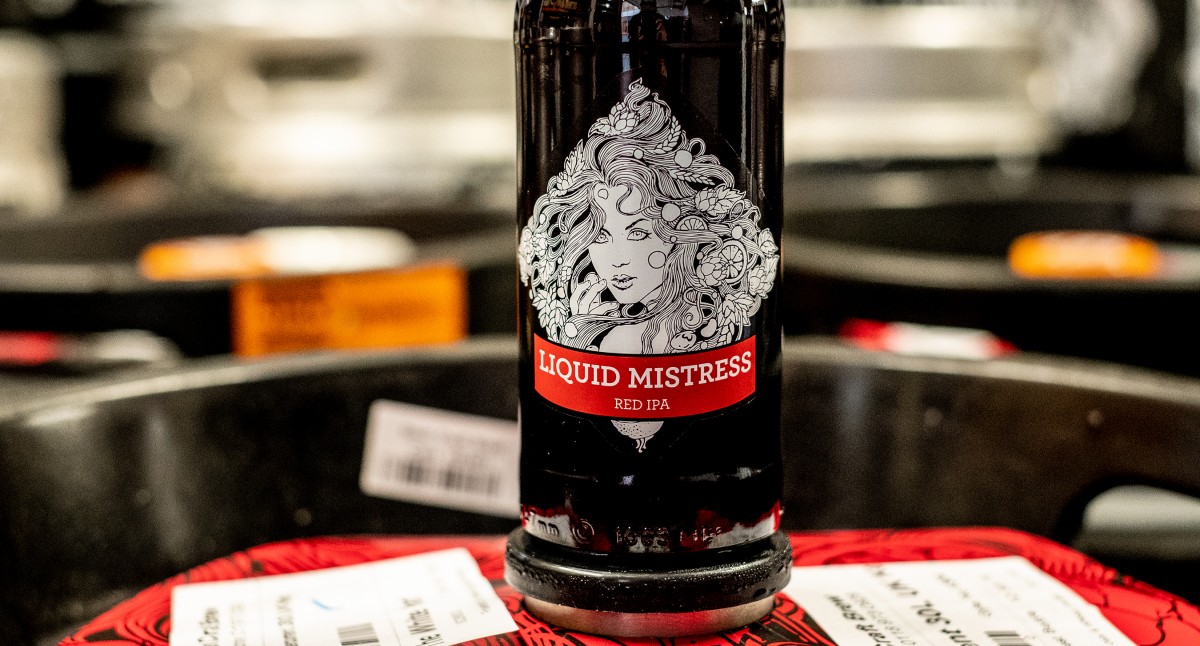 Ultimately though, Liquid Mistresses days were numbered. With the popular vote tending to go for paler, more hop forward beers, it just wasn’t viable for us to have a beer like this in the flagship range.

But that didn’t stop our love for the style.

“I really love the balance of a biscuit malt, a touch of caramel to balance the sweet fruitiness of tropical hops, in a world of hazy light and pale, it's awesome to have something different”

Since Liquid Mistress, we’ve brewed a number of Red IPAs, including Grand Designs and Big Red Machine. Each time, we’re playing with the style, from deeper, darker and richer beers to lighter, more vibrant and hop-forward takes. There’s even Peaches Everyday, which is a red coloured IPA, rather than a Red IPA. 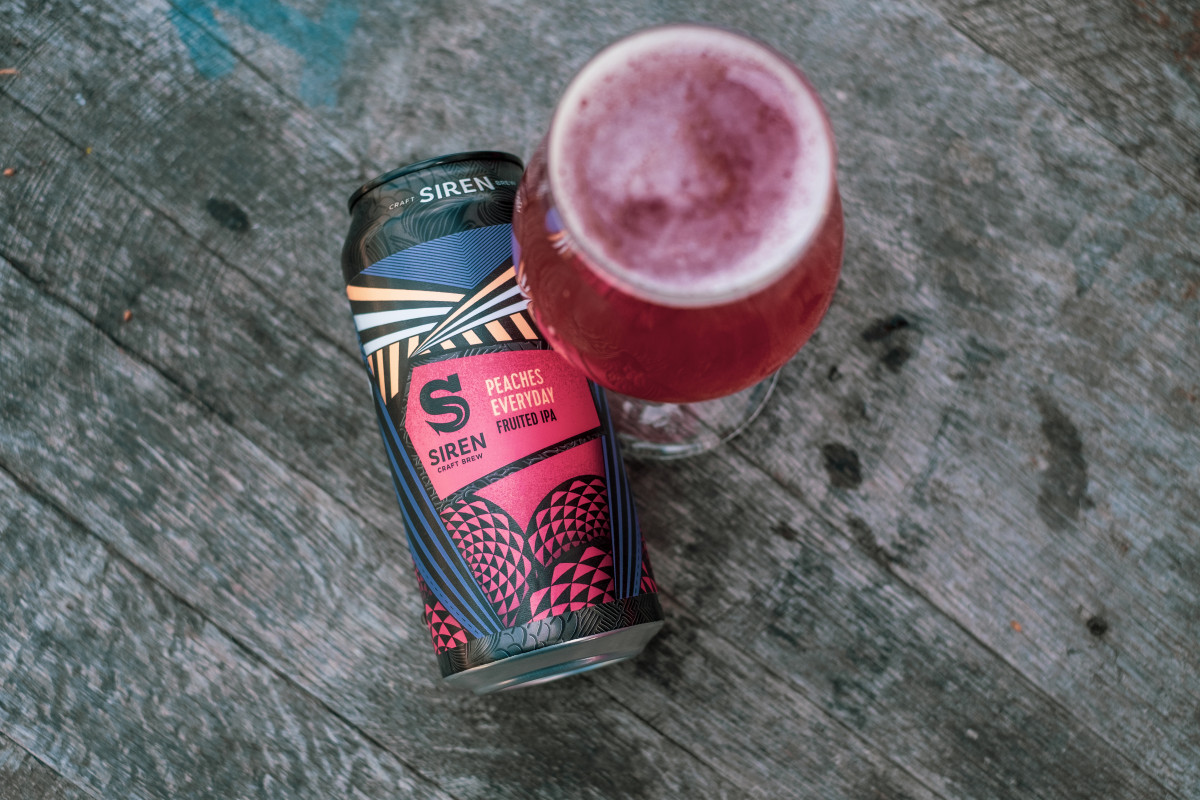 This latest, Flying Lanterns, is more akin to Liquid Mistress, even coming in at the same ABV - 5.8%. Liquid Mistress had a few malt bill changes over the years, but in general we used Munich for the majority of its base. Some Biscuit malt and Crystal Rye, with Roast Barley added some extra depth and that famous biscuit character and deep red hue.

For Flying Lanterns, the majority of the base is Maris Otter. However, it also uses Biscuit and Roast Barley.. Both Maris Otter & Munich malts provide rich bready notes. Flying Lanterns also experiments with the addition of “Dark Aromatic”, a new malt for us, which when used abundantly can provide intense malt, raisin and warming honey notes. In this recipe it was a small part of a careful blend, but still delivers subtle honey hints on the palate. 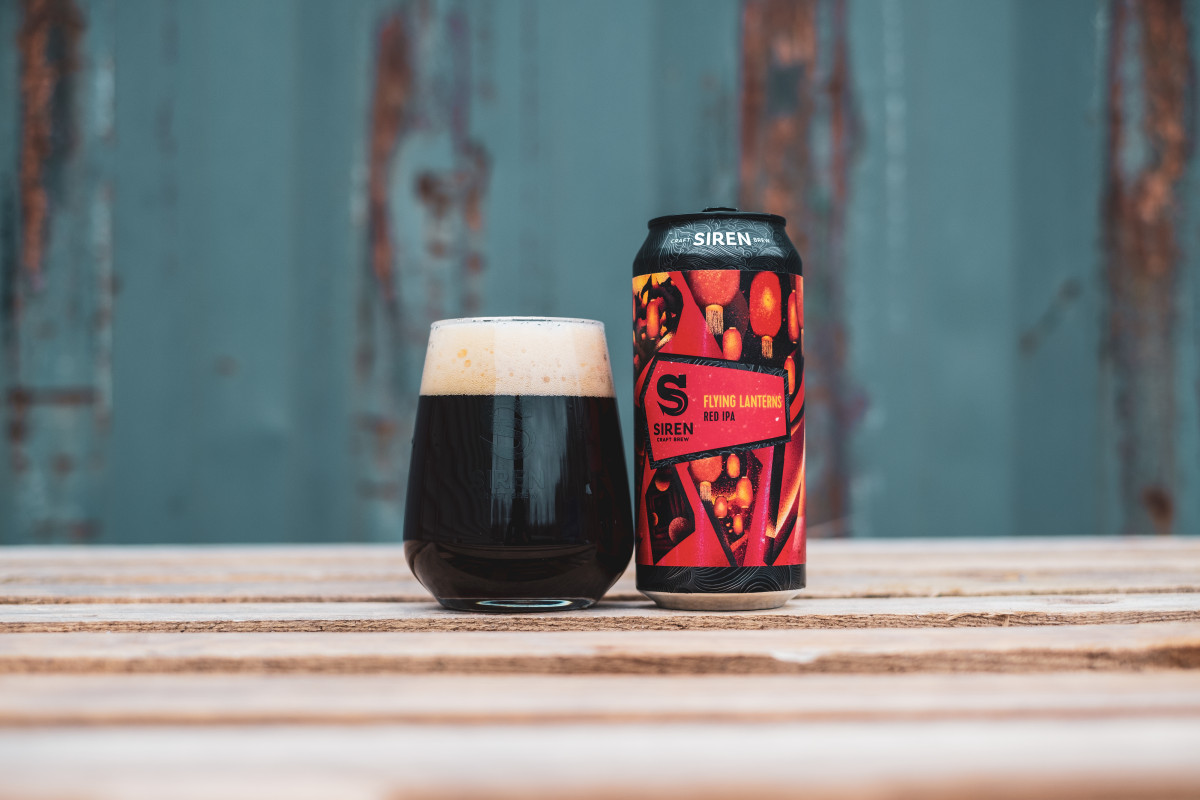 Hops wise, Liquid Mistress was built around Centennial and Amarillo, both of which also appear in the dry-hop of Flying Lanterns. On the hot side, we opted for clean bitterness from Cashmere and Motueka hops. Cashmere gives us subtle melon, peach, and tangerine notes, while Motueka cuts through with lime and lemon zestiness. The result on tasting is an interweaving of punchy tropical fruit and red berries with the delicious roast barley. Amarillo has become somewhat of a staple in our Red IPAs and Black IPAs, its distinct orange aroma plays so nicely in these kinds of recipes.

The majority of our non-core beers take their designs from our flagship beer canvasses, illustrations that expand far beyond what’s visible on their 330ml cans.

As mentioned, the can design of Flying Lanterns utilises the Lumina canvas. We loved the energy in the name, which gave us a fantastic image of glowing red lights against the night sky. This paired up perfectly with some of the themes of Lumina, so it was a great fit. Check out this video, which was put together by our incredible designers at Studio Parr as part of our Grateful Eight Anniversary Beer Festival, to get an idea of how this and other designs are brought to life:

But don’t just take our word for it, here’s what some of our customers are saying on Untappd:

“Reminded me so much of Liquid Mistress. A very fine red beer indeed.”

“F**k me if this isn't a most delicious red. Rounded sweet fruitiness and a bitter edge. Yum.”

And of course, there’s always the reminder that Red IPAs don’t seem to be for everyone…

“Not sure why I persist buying red ipas occasionally”

… still, at least they’re trying them.

Is that a Red IPA on the horizon?

If you’re a fan of Red IPA, there’s a beer in tank right now you may want to look out for. We’re loving the Summer of Sport this year, with Wimbledon, the Euros, the Olympics and the Lions tour. It’s inspiring us not just into twitter polls and shop windows, but also big collab brews.