Welcome To The Team

It's been quite the few months of expansion here at Siren, with a number of new faces joining the team. We wanted to take some time to chat to a few of the new faces and introduce them and their roles to you at home.

As production and sales teams expand, the need to keep the day to day of the company ticking over without (too much!) drama also increases. We needed our very own Project Zeus, bringing a link between production, finance and sales operations. Introducing Courtney! 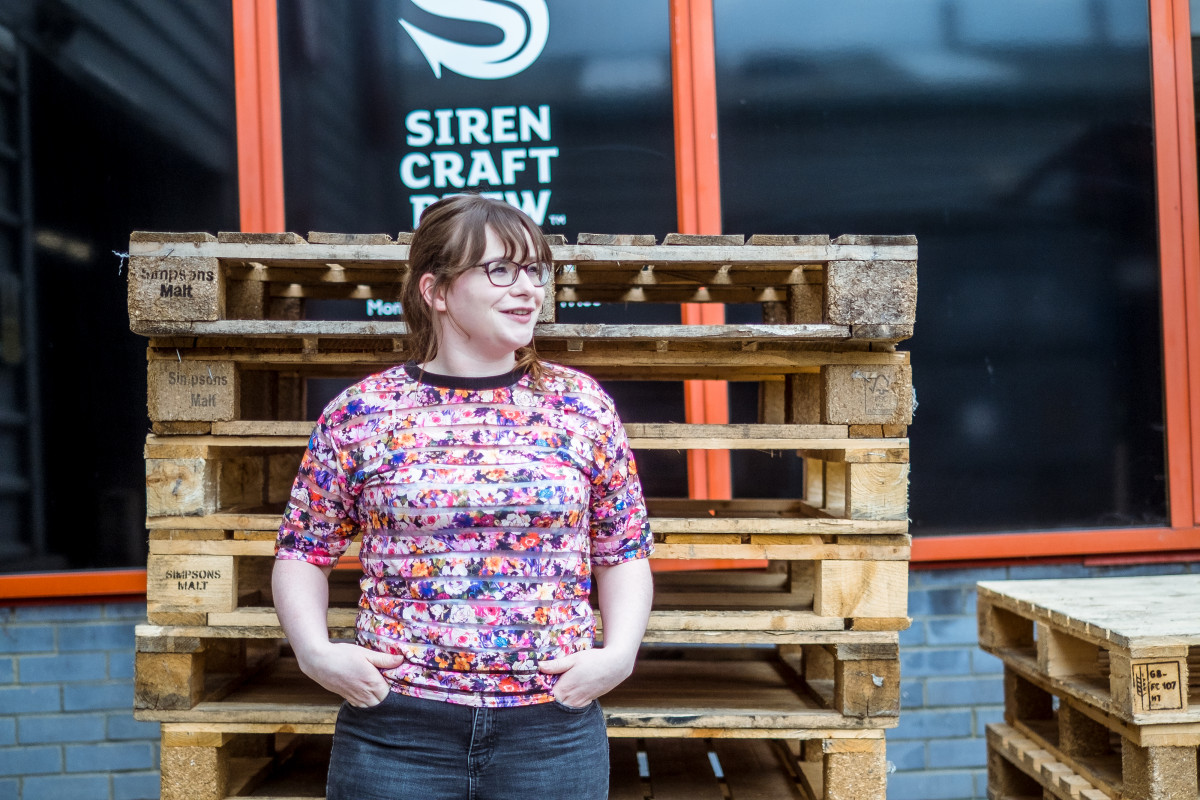 Courtney’s settled into office life brilliantly and is enjoying the hectic introduction to the world of craft beer.

“I'd like to help streamline processes on the finance side of things to speed things up, and the same for the brewery side of things which is currently in the works. Who knows, maybe set up my own personal microbrewery at home.”

Before Siren, Courtney was working in the animal and customer care worlds. She says that she’s never really had any craft beer and not sure what to think about the influx of new styles and flavours since joining! In asking her what her favourite beer was so far, we were told that that’s an unfair question as there’s one for every mood. But, when pressed Courtney said that “Sold My Soul For Mosaic” was her favourite so far.

From no craft beer, to mosaic packed IPAs and plans to start a microbrewery. That’s how you immerse yourself in an entirely new world! 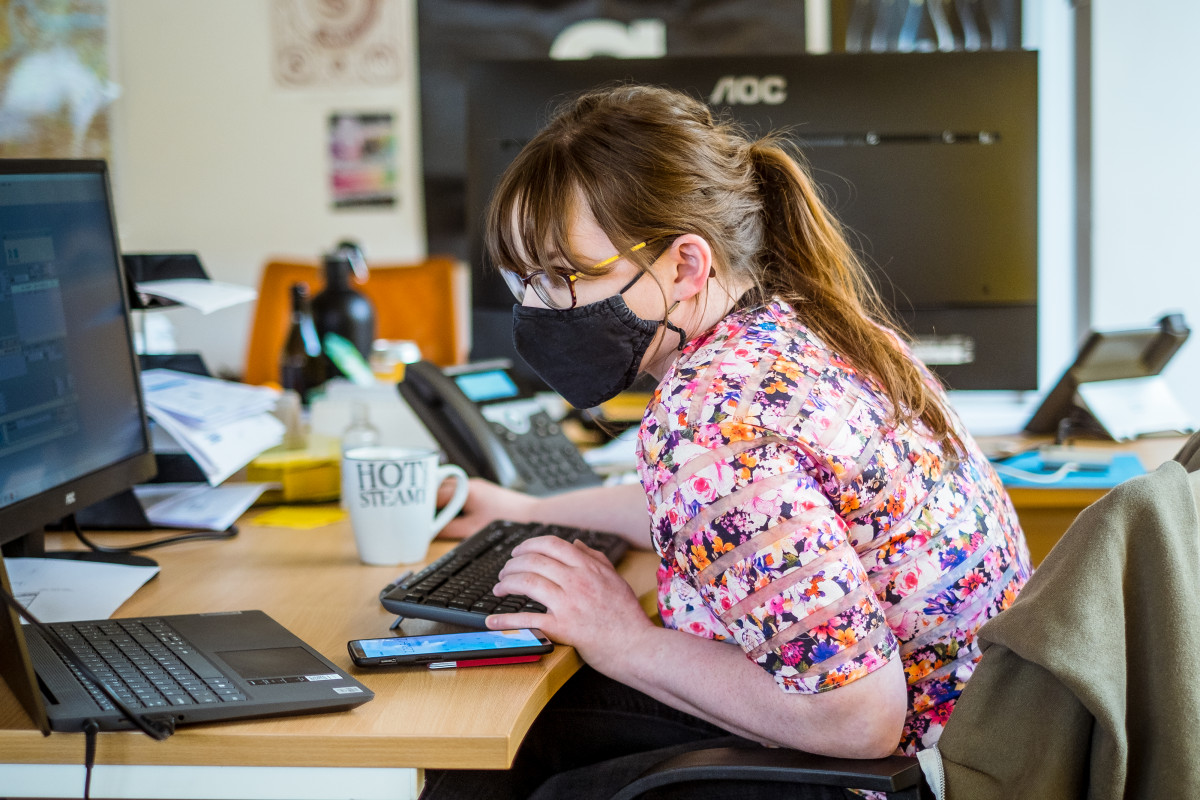 A big loss for us was losing Marco, one of our longest serving brewers. Hailing from Italy, after we were all stuck at home for so long, Marco simply missed his family and his homeland too much and decided a move back home was best for him, so we all wish him the best! With big brewing shoes to fill though, only the best would do… Introducing Hayley. 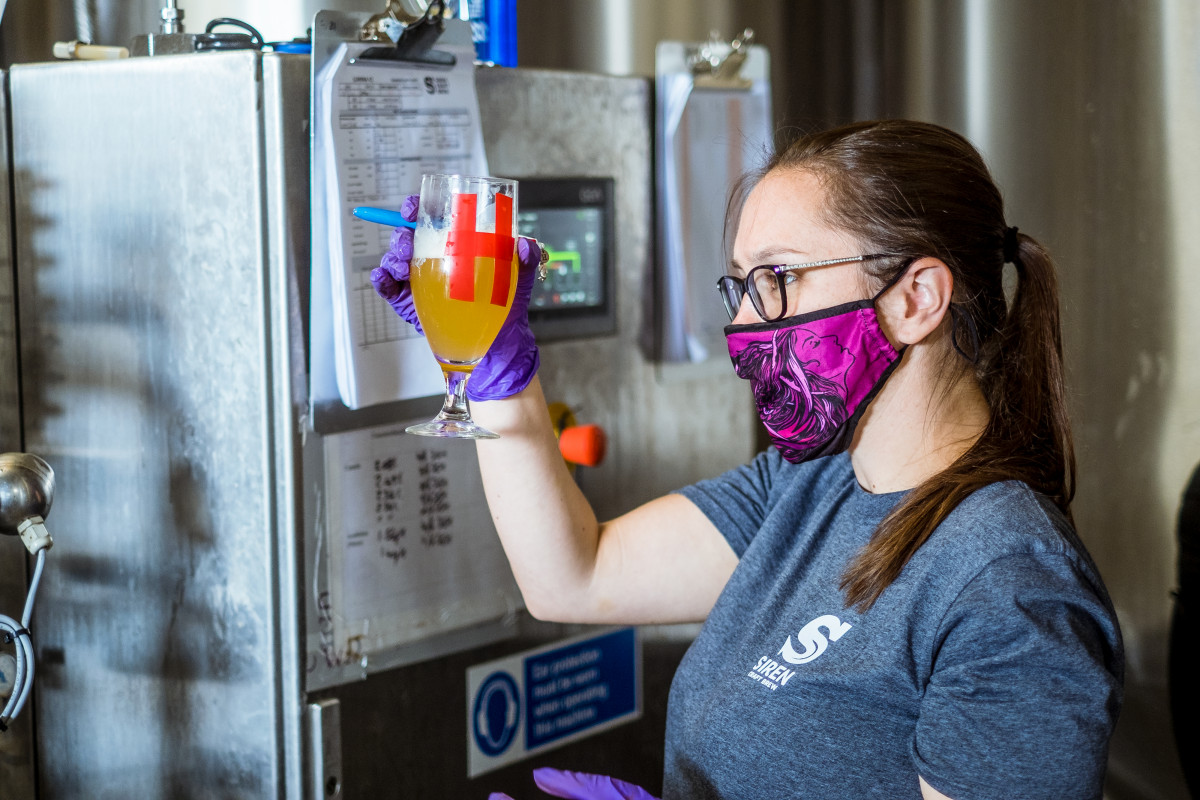 Coming from a family of amateur home brewers (apparently with varying levels of success!), Hayley studied biochemistry, but didn’t really know where the degree would take her.

“Being a student and living in Chiswick it was impossible to avoid the numerous Fuller’s pubs in the area but it was on a Brewery Tour that I had my ‘Eureka’ moment.  I realised that my degree fitted the brief to train as a Brewer, and my fate was sealed.”

Hayley spent 9 years at Fullers, growing from graduate trainee to fully fledged brewer, studying for an IBD Diploma in the meantime. After a number of collabs with smaller breweries, she had a yearning for a change of direction, to move on and explore fresh ideas with a new challenge.

“I have to admit I was a little nervous joining the team at Siren, but I needn’t have been, as everyone made me feel really welcome. There’s a lot to learn and it’s a bit of a whirlwind (in an exciting way. It’s a really dynamic atmosphere and it’s obvious everyone really cares about their beer. It’s great to chat to other members of the team who are from different backgrounds and to share ideas.”

Hayley likes to brew beers with a truly creative element, experimenting with different ingredients and techniques. Beer is an experience. Memories of places visited are all formed around the beer tried there. She has a love for Belgian beer and a collaboration with Rodenbach would be the dream. 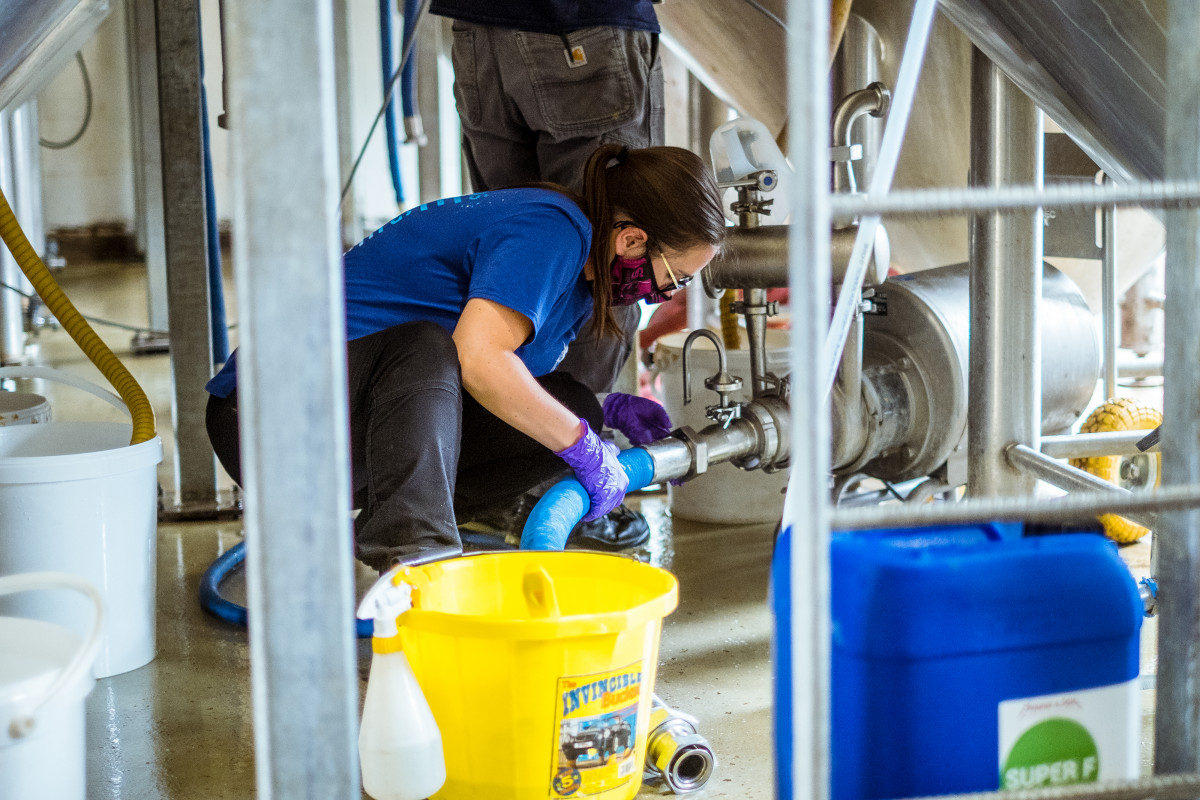 “‘Lumina’ is my favourite, tropical and refreshing and perfect for a sunny day. From the specialist brews I loved ‘send me sunshine', I didn’t realise you could stuff so many mangoes into one little can!  Another favourite is the Caribbean Chocolate Cake, I was really fortunate that it had just been brewed when I was about to join Siren and I got to try it in the Tap Yard.  I’m sure in time there will be lots of others added to my list of faves….so many beers, so little time – bring it on!”

It’s a dark and stormy night. Rain patters on the window like drummers on the 12 day of Christmas. A crack of thunder tears through the sky as a Heineken executive browses the Siren website. Upon seeing the careers page, he hits apply. The rain stops. The thunder is silenced, the clouds break and the sun begins to shine… Introducing Duncan. 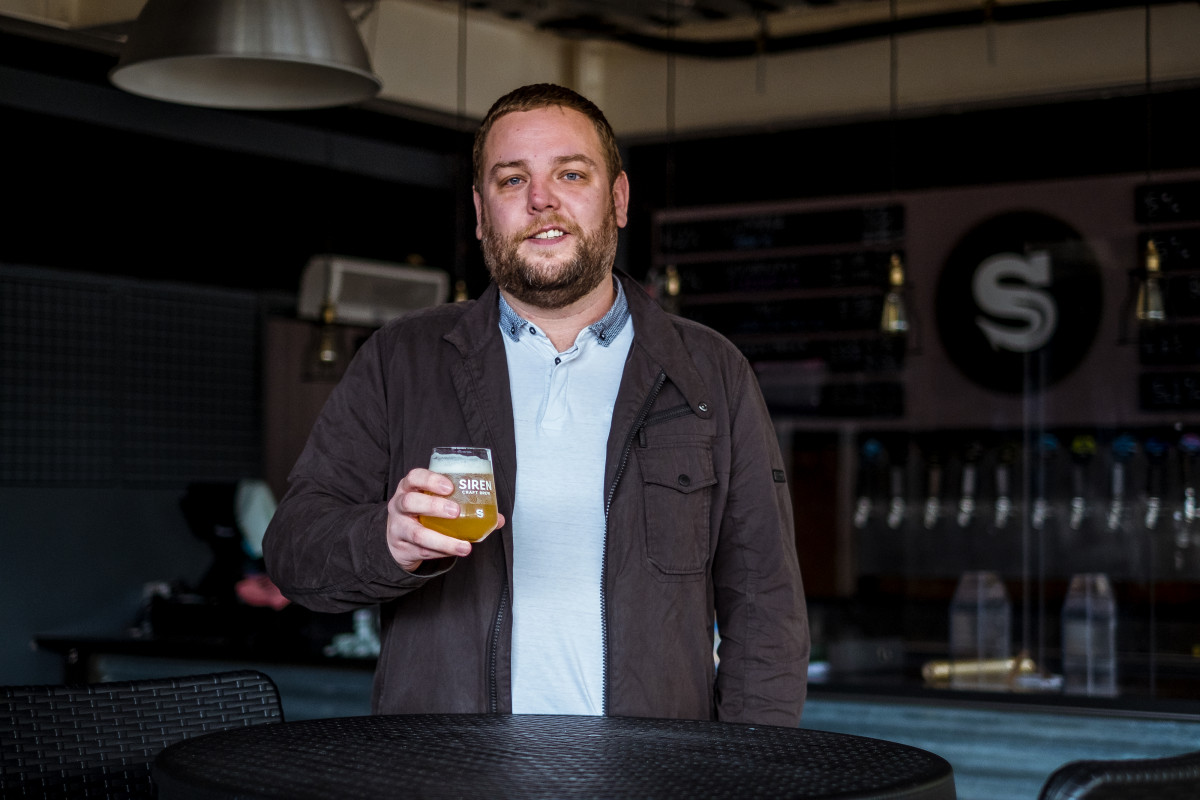 Yep, Duncan joins us from Heineken. He came to the Siren site to buy beer, but ended up with a total change of career. Whilst he says he had recognised a decline of mainstream products as consumers sought out a more premium product, he had no intention of changing career. However, “It’s great to be working for an independent company with genuine passion for what we do in a growing market.” he says.

“Everyone at Siren has been super welcoming, it’s a much bigger change (for the better) than I anticipated coming from a big corporation and has taken some adjustment. It's great to be able to be a little creative with ideas, have some real influence and see the work you do really make a difference.”

Since joining, Duncan says he’s found a ‘dangerous love’ for High Definition, but that Soundwave has to be a firm favourite.

With the world opening back up, we can once again start to export more around the world. Did you know you can find Siren in places like Singapore, Italy and even Australia… you do now! To look after our current overseas customers, seek out new opportunities and make all this run smoothly we were after a new Export Sales Manager… introducing Becky! 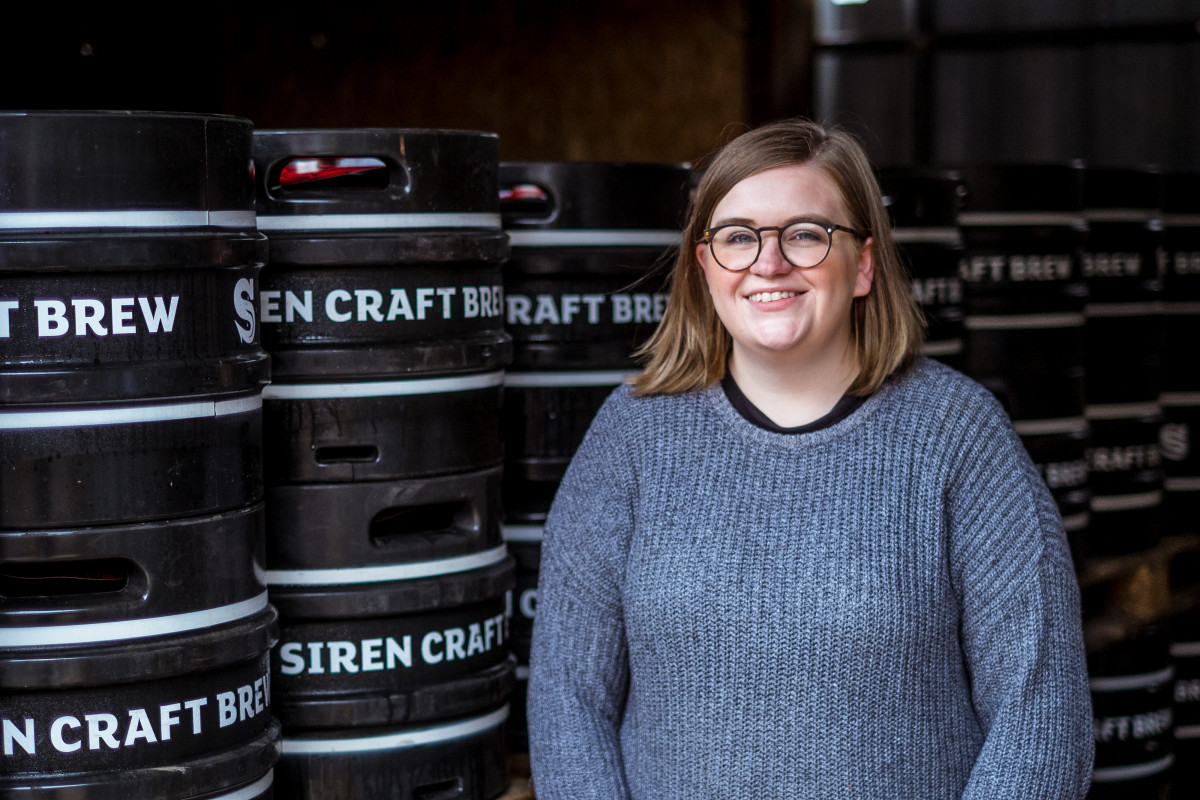 Becky joins us from Magic Rock. She started as the first and only person in sales there, so you can only imagine how much she’s grown, developed and learned over the years. Six years on and she felt it was time for a new challenge. Becky says that nowadays she’s moved away from the trend of seeking out ‘hype’ beers, more happy with a decent cask pint. That said, her favourite Siren beer is Caribbean Chocolate Cake. Wink emoji.

She heard of this role through her partner Joe, from Marble Brewery, and says Siren was always on a list of breweries she’d love to work for. Now, due to remote working, it was possible, and we’re incredibly happy to have someone of Becky’s pedigree joining the team.

“It’s been great since coming onboard, everyone has been super welcoming and really nice- I think I’ll definitely fit in here.”

Becky’s world domination plan involves getting as much beer to amazing places around the world as possible! The dream would be to have some Siren pouring at SSBB festival in Japan (Saisons, Sours, Barrels & Brett Festival). “Some amazing beers at that festival, and it takes place in a little village up in the mountains north of Tokyo.”

During lockdown, our webshop took on a life of its own. We all looked more to shopping online and with our favourite pubs, bars and craft beer destinations closed, our industry was no different. You know us, though, we’re never quite satisfied. With Tim and Andy spread across a range of different responsibilities, we felt that we could deliver an even better customer experience with some extra help. A specialist was needed; introducing Hannah. 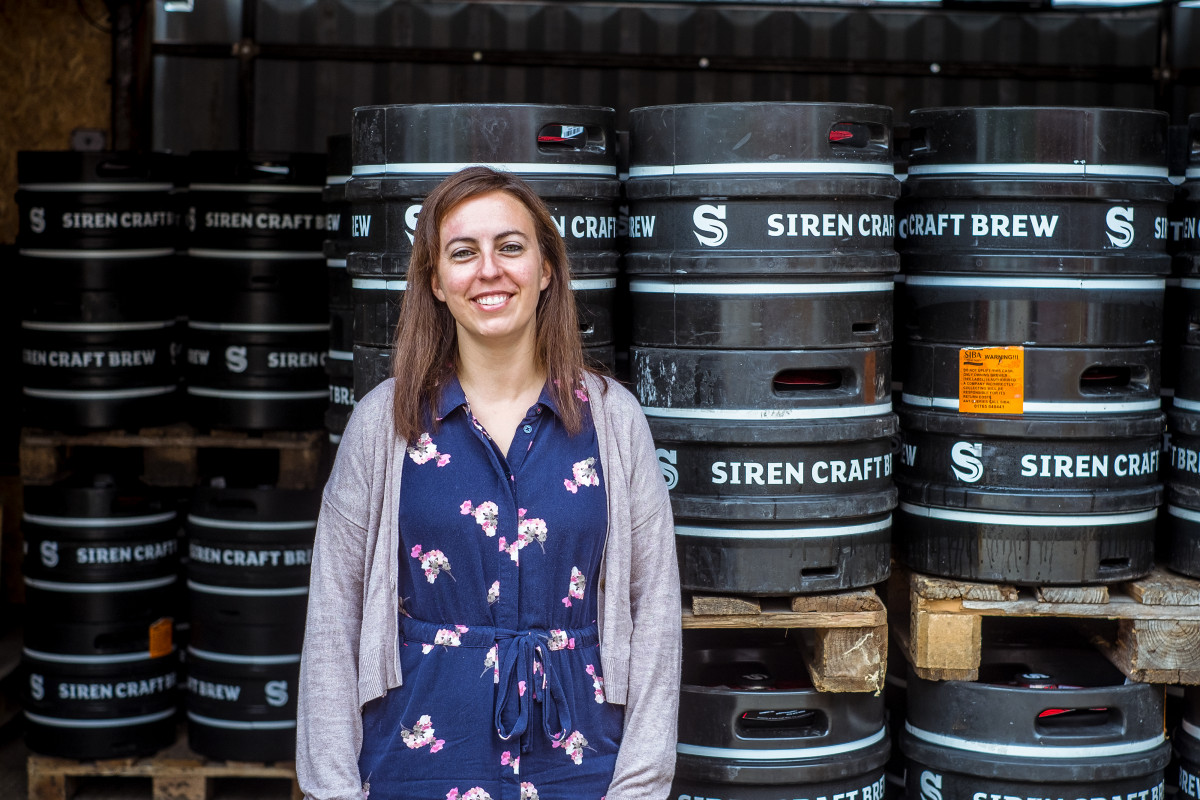 Hannah comes from a background in the travel industry, pacifically with Cruise Ships. There are some similarities in the industries. One sells an experience, helping you to relax, drift away and have carefree fun, the other is the Cruise Ship industry. Hannah also used to run her own independent web shop! Her passion for cool local businesses has already seen the likes of handmade "Victoria's Sponge and More" fudge from Reading featured in our Father’s Day gifts, and delicious "Gorvett & Stone" handmade chocolates a bonus inclusion in our Lumina Lightyear celebrations.

"There are lots of exciting opportunities for us to partner with some great like minded brands to help increase our brand awareness. Watch this space as we start to offer our customers some great deals from partners.”

Hannah had no real experience of craft beer before, but her skills in eCommerce were instantly translatable. We think she’s cheating though, because she’s now one of our best customers!

“My tipple of choice is gin or Prosecco although I have been to, and enjoyed, quite a few beer festivals.” 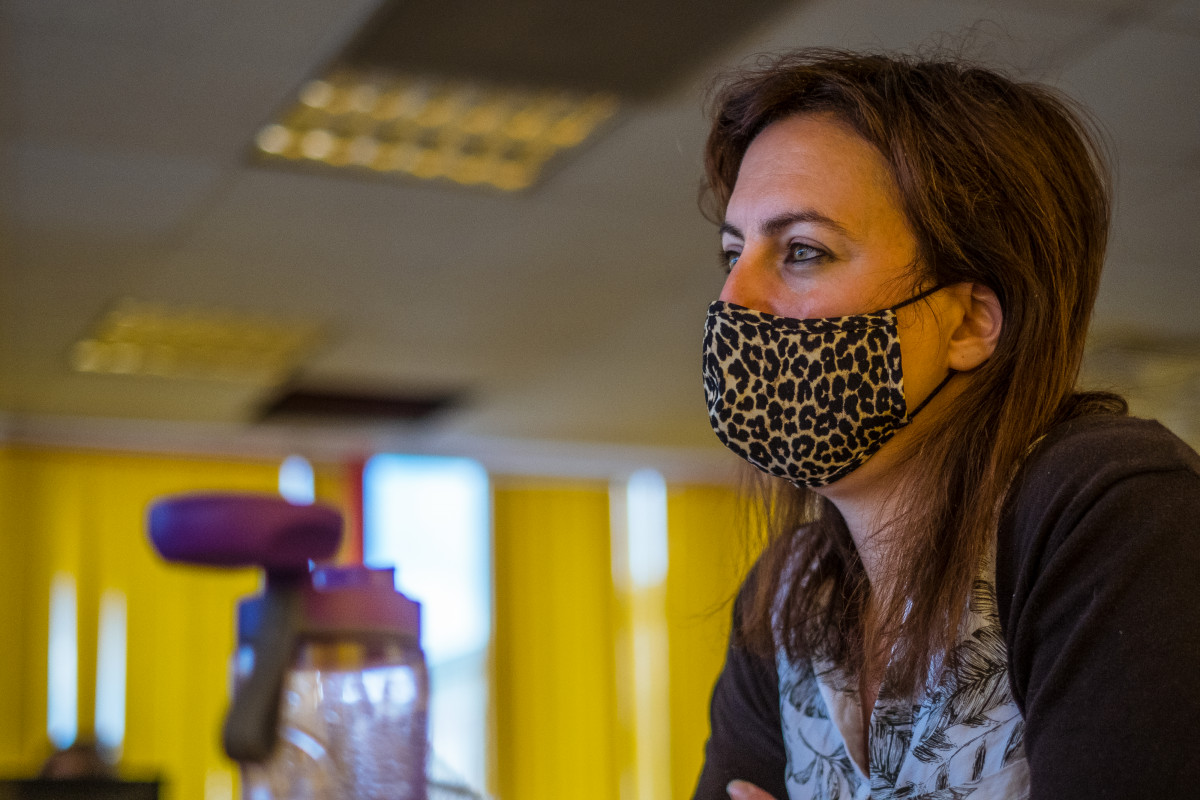 After just a couple of ‘Beer School’ sessions with Matt, Hannah dives head first into trying all the latest releases, and has found a passionate love for Lumina! We hear she’s also pretty handy on the ping pong table.

We’re always on the lookout for good people. No matter who you are, what you do or where you live, if you think a job in the craft beer industry is for you, check out our careers page! 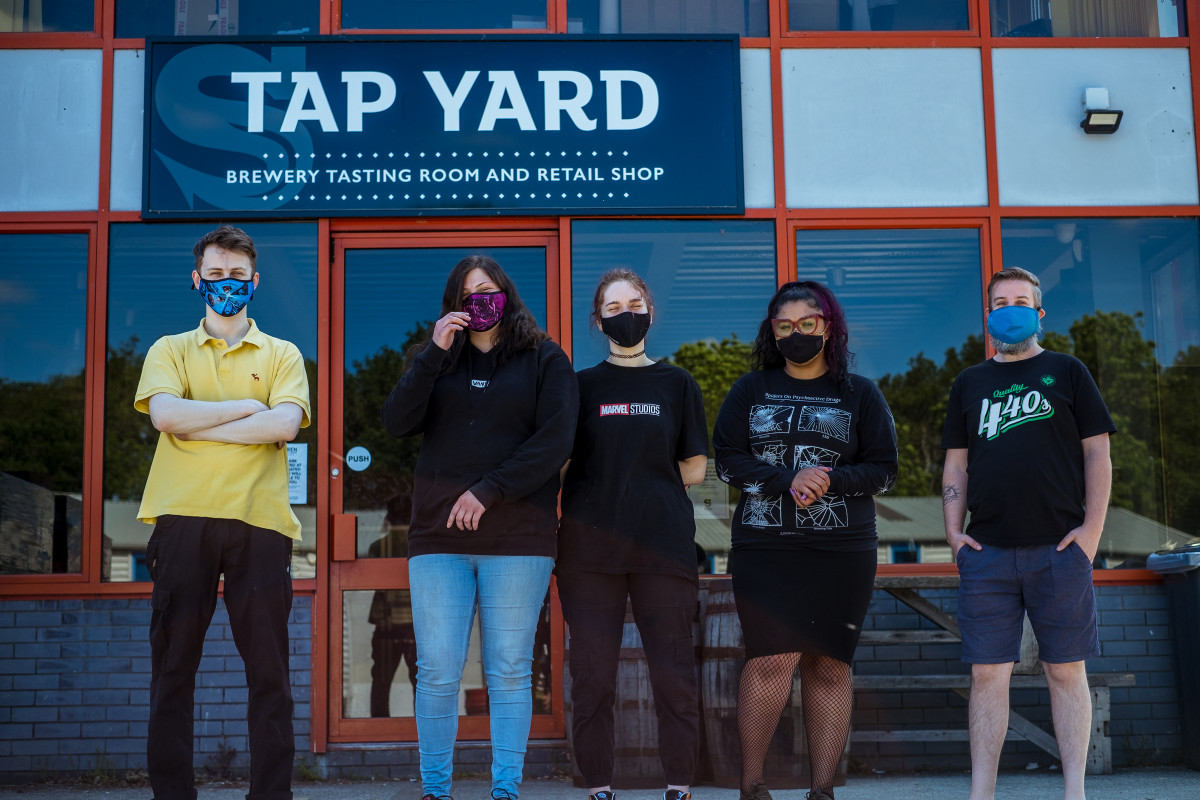 In the coming months, we'll be back with some more introductions, including some of the new faces in the Tap Yard and warehouse (some pictured above) as well as more brewery updates! Watch this space.