This week at the Siren Tap Yard, we’re delighted to be welcoming in our new General Manager, Max. Max joins us with a wealth of experience in breweries, bars and retail and brings with him some great ideas for the future. Look out for some new pizza menus and activities in the coming future! This weekend, we kick off with 2 great food vendors. Rural Pie Co. make a welcome return on Saturday (along with some Morris dancers!) and Tapas or Tap Out bring their blend of incredible small dish varieties on Sunday.

As for beers this weekend, it’s all about the love for the humble IPA. IPAs are the staple for craft beer and we love brewing them. We’ve got 3 very different takes on the style on the horizon, which we wanted to tell you about.

Last year, our friends from Northern Monk Brew Co. came to visit Finchampstead for a collaboration. It’s not always easy to choose a name for a beer, especially with two breweries in involved. Sometimes, it just comes down to Rock, Paper, Scissors… literally. Due to the beers popularity, and some amazing feedback, we had to get Northern Monk back for round 2 - Scissors, Paper, Rock. 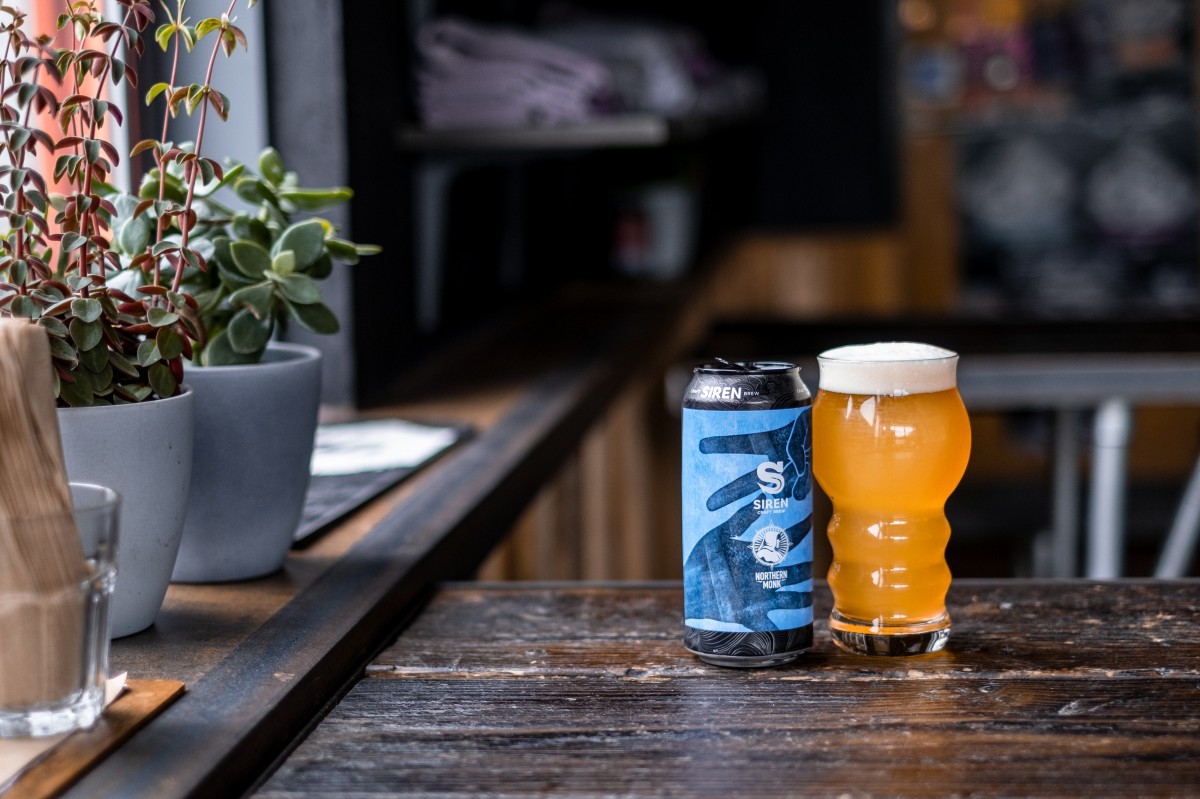 Now we have our canning line in, it seemed like a good time for Round 3, and thus Paper, Rock, Scissors was born.

We like to think that this beer is a great example of an imperial New England IPA. The NEIPA (sometimes East Coast IPA) trend has swept the beer world due to their big fruit and fresh hop flavours, soft mouthfeel and lower perceived bitterness.

This one is hopped with Citra, Chinook, Azacca, Centennial and Nelson Sauvin, a combination that boasts juicy aromas, bags of flavour and leaves you wanting more.

Paper, Rock, Scissors is available now on our webshop and in the Siren Tap Yard.

The opposite to the New England, or East Coast IPA, is the classic West Coast IPA. These beers played a big part in kicking off the craft beer revolution in the UK - a distinctive crystal clear appearance, dry mouthfeel, caramel backbone and punchy New World hops in abundance. 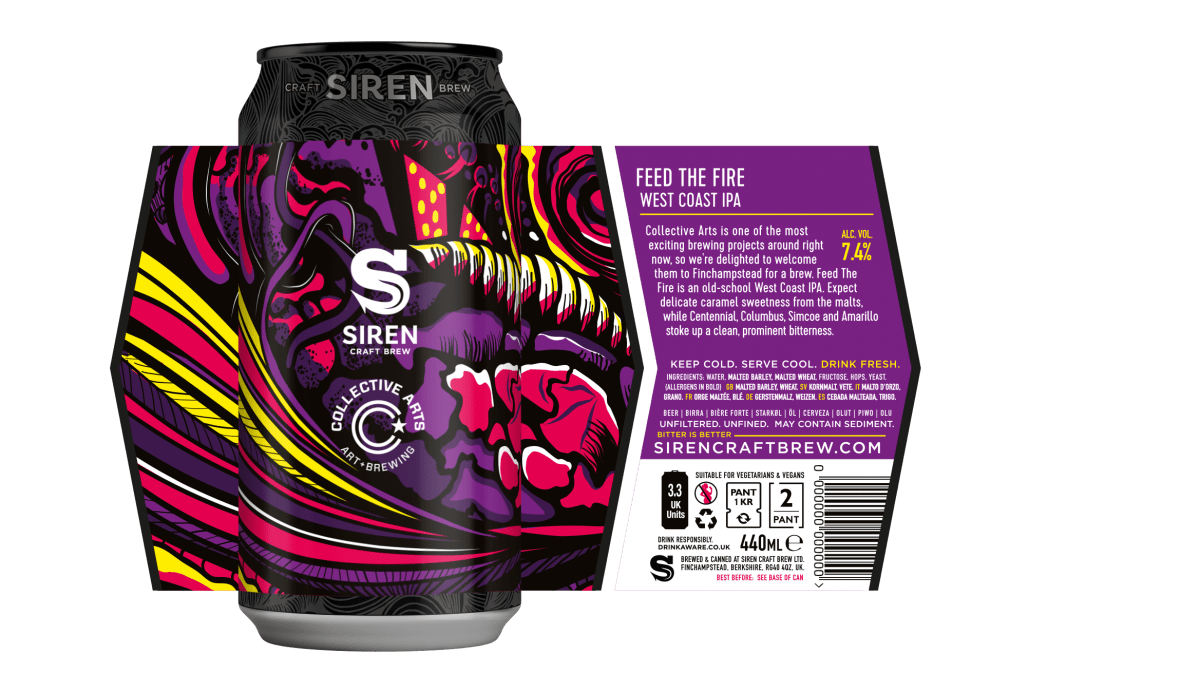 When Collective Arts Brewing, one of the most exciting brewing projects around, came in from Canada we knew we wanted to brew a proper old-school West Coast IPA.

A hop profile of Centennial, Columbus, Simcoe and Amarillo create a crisp, prominent and fresh bitterness. Some fruit sugars provide a hint of sweetness, whilst the supporting Malt Bill provide a hint of caramel and a super clean mouthfeel.

Feed the Fire is available now in the Tap Yard or online.

Long term fans of Siren will remember that our Flagship range used to boast a Red IPA called Liquid Mistress. As part of our re-brand, we made the decision to retire Liquid Mistress, but we still love the style. This is our tribute to Liquid Mistress, which served us so well for so long. 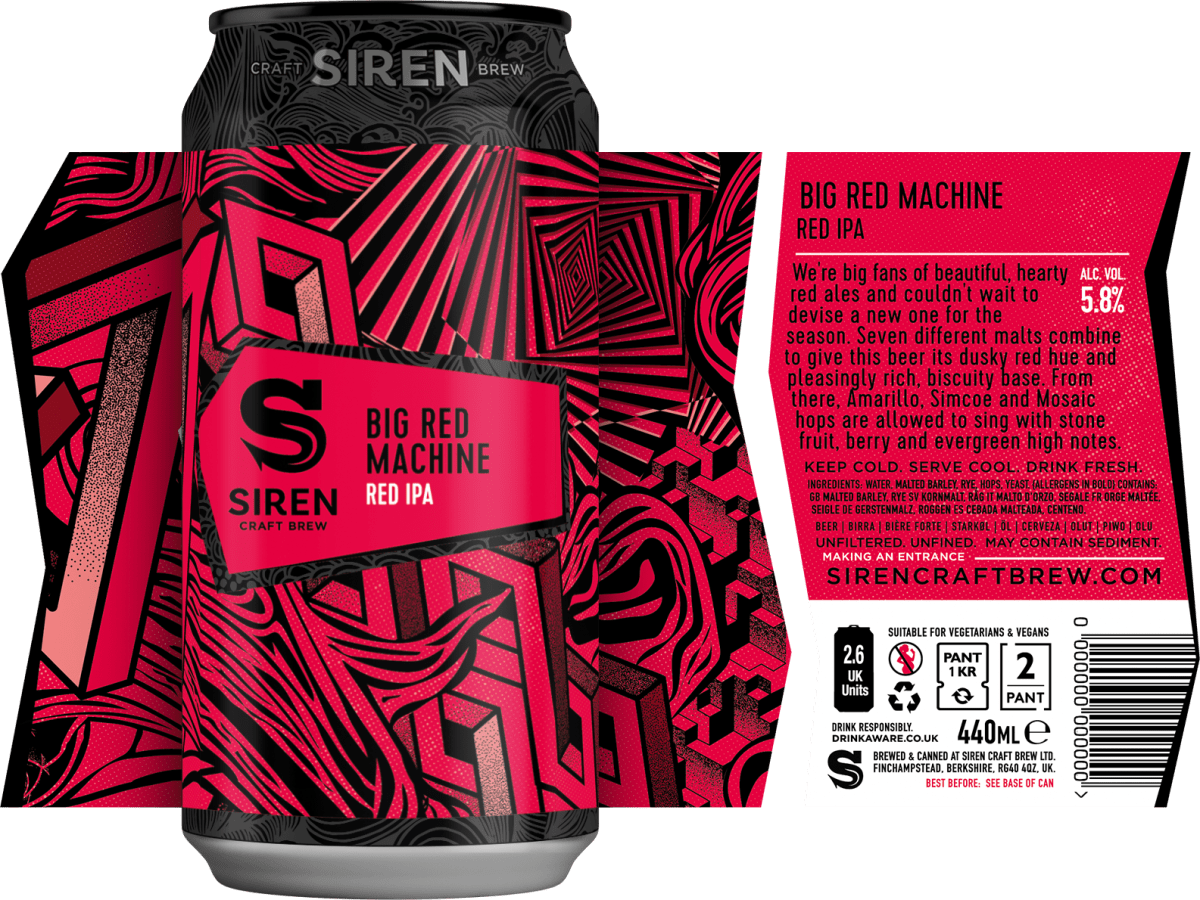 An incredible seven different malt varieties combine to give this brew its dusky red hue, with a glorious biscuity base. From there, Amarillo, Simcoe and Mosaic hops are allowed to sing with stone fruit, berry and evergreen high notes.

We’re really excited for our Big Red Machine to make an entrance. Available now in the Tap Yard on Online.