Siren In Liverpool: A Roundup

As quickly as it started, our week long #SirenInLiverpool focus has come to an end! We wanted to thank everyone for their comments, input and web orders over the course of week and we hope you've got something out of it. The beers we had from Love Lane, Chapter & Neptune sold out pretty quick on the webshop, we hope you enjoy them as much as we have!

Firstly, why did we do this? Well, we love beer. We love those that brew beer, that serve  beer and that drink and enjoy beer. During lockdown, we missed being out and about. We missed Tap Takeovers, and festivals, events and of course... launching a new core beer into pubs! 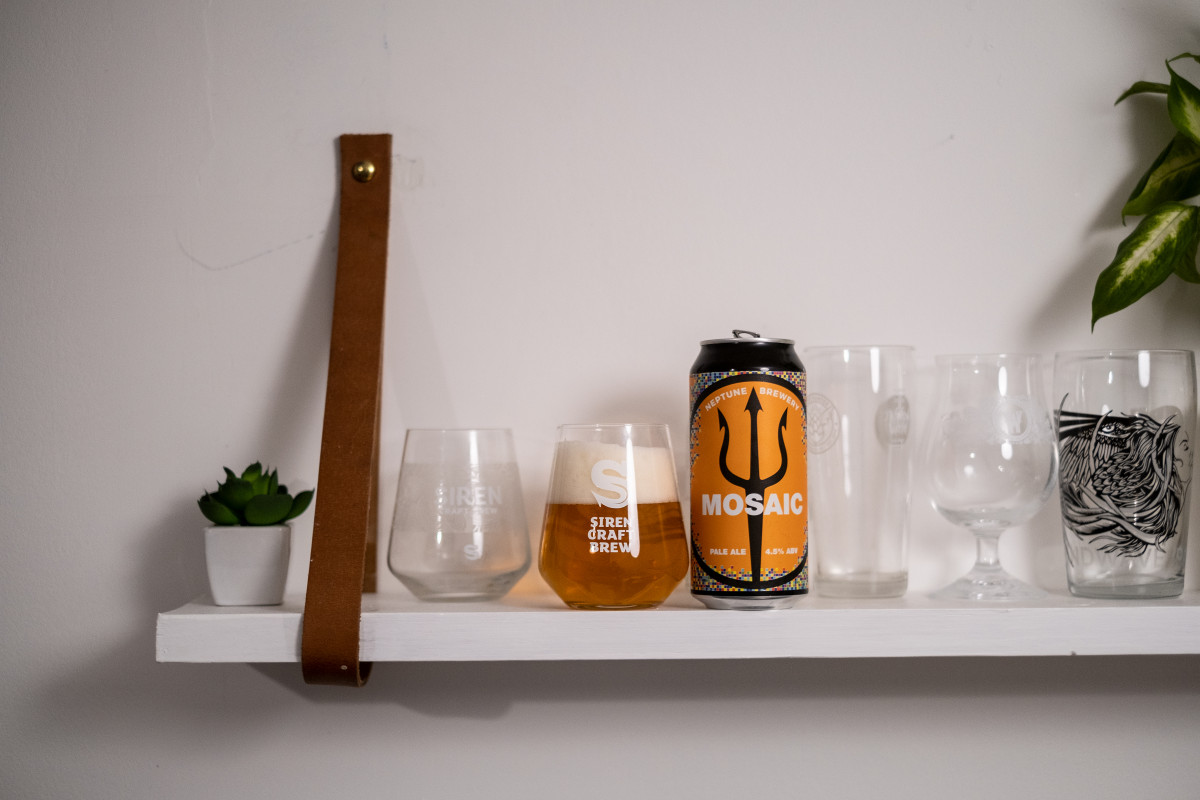 So, after we were contacted by the Liverpool Beer Collective, we decided to focus on some great beer cities around the country, starting of course, with Liverpool. Over the course of the week we had Free Shipping to Liverpool, Liverpudlian beers on our webshop, and various events, both physical and digital.

In the coming months, we'll be looking at other cities, so make sure you let us know where you'd like to see the focus.

We’ve put together a round up guide, based on the feedback and recommendations throughout the week, so check that out below. But first up, the competition!

We asked you to send us your favourite Liverpool beer memories. We had some great photos sent to us both on the #SirenInLiverpool hashtag and via the form.

However, there can only be one winner, and that is @ASmallFi who shared loads of amazing photos that really captured the spirit and fun of the beer scene. 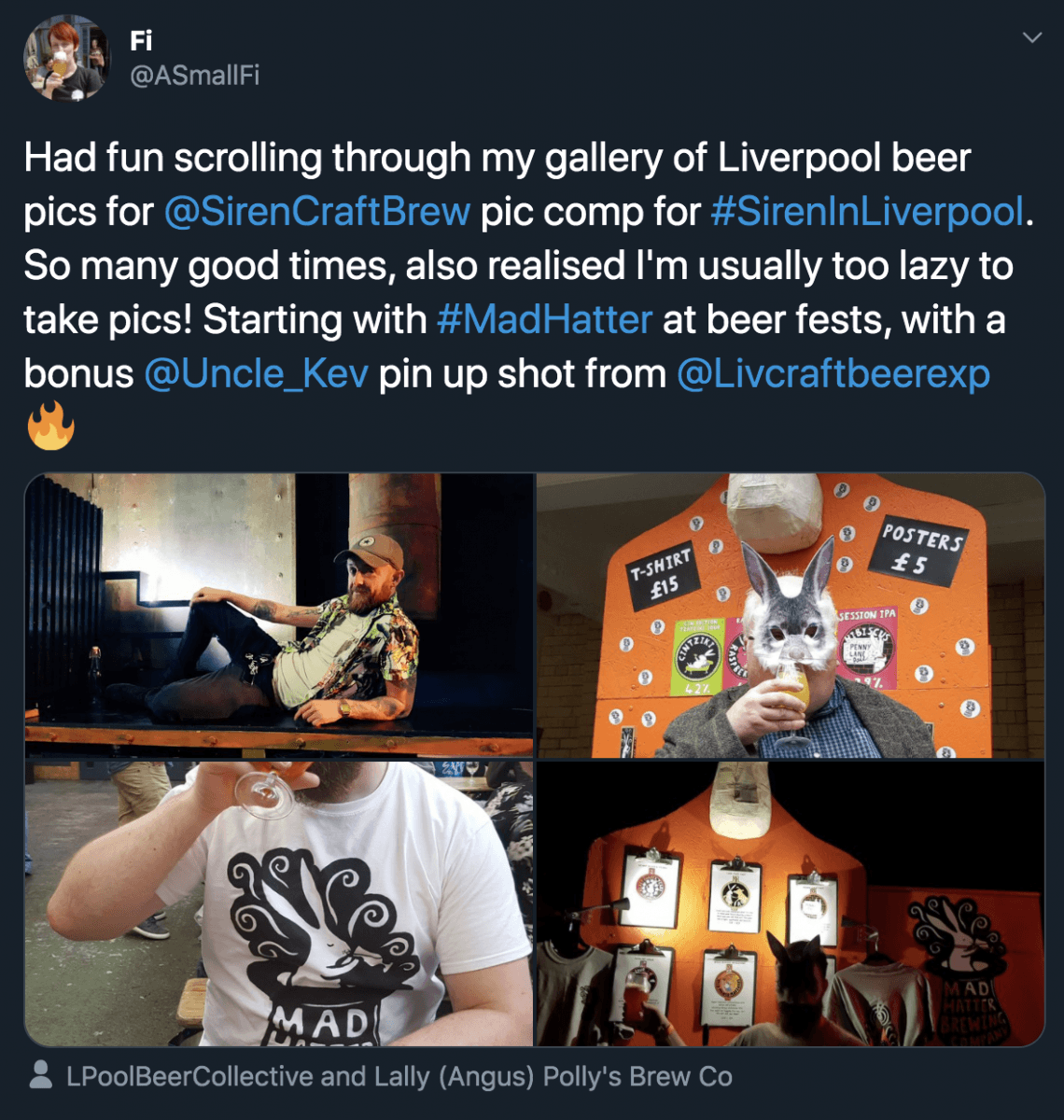 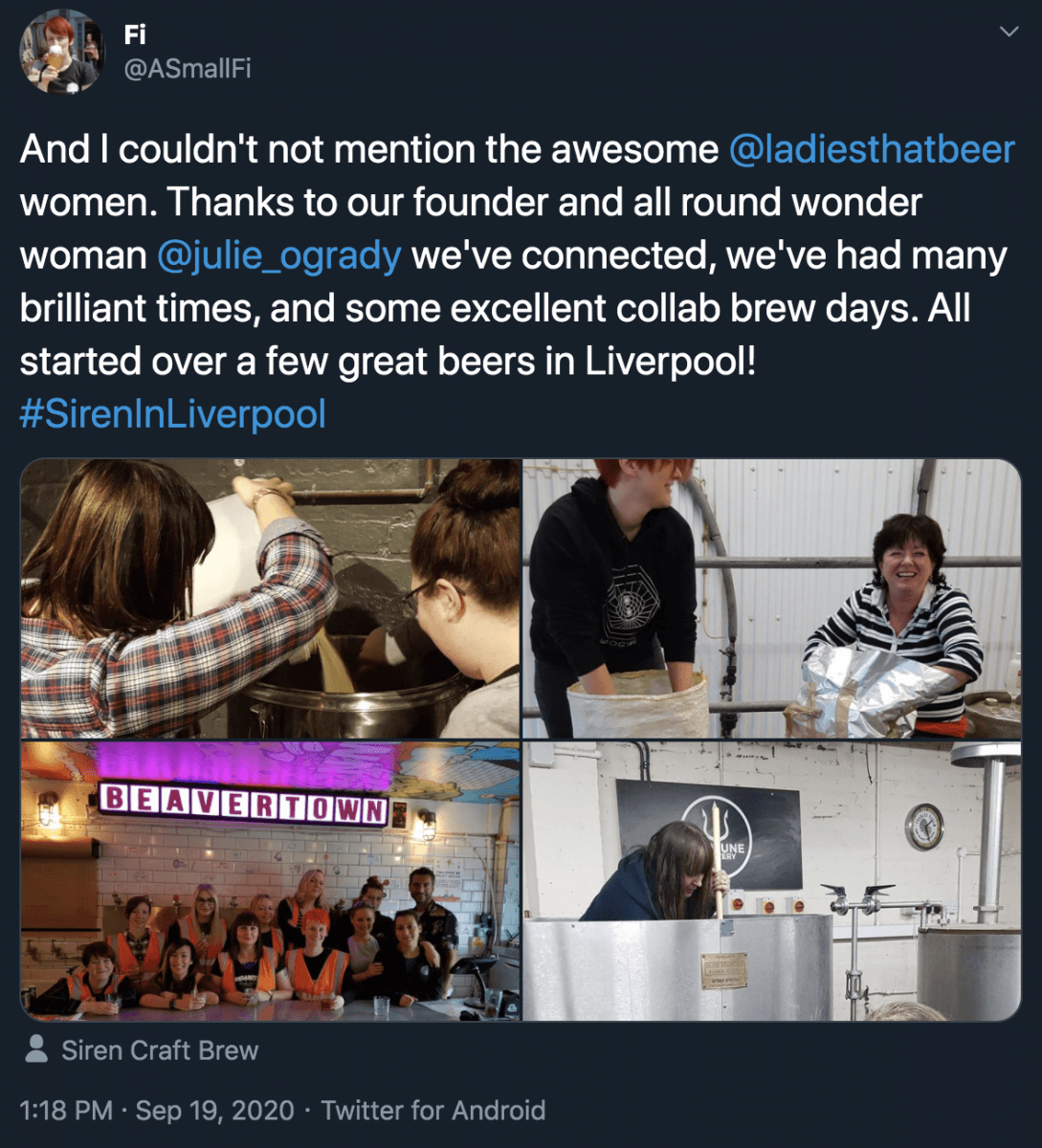 Thank you again for all the entrants! Congrats Fi, a bundle of Chapter, Neptune, Love Lane and Siren beers are on their way to you! 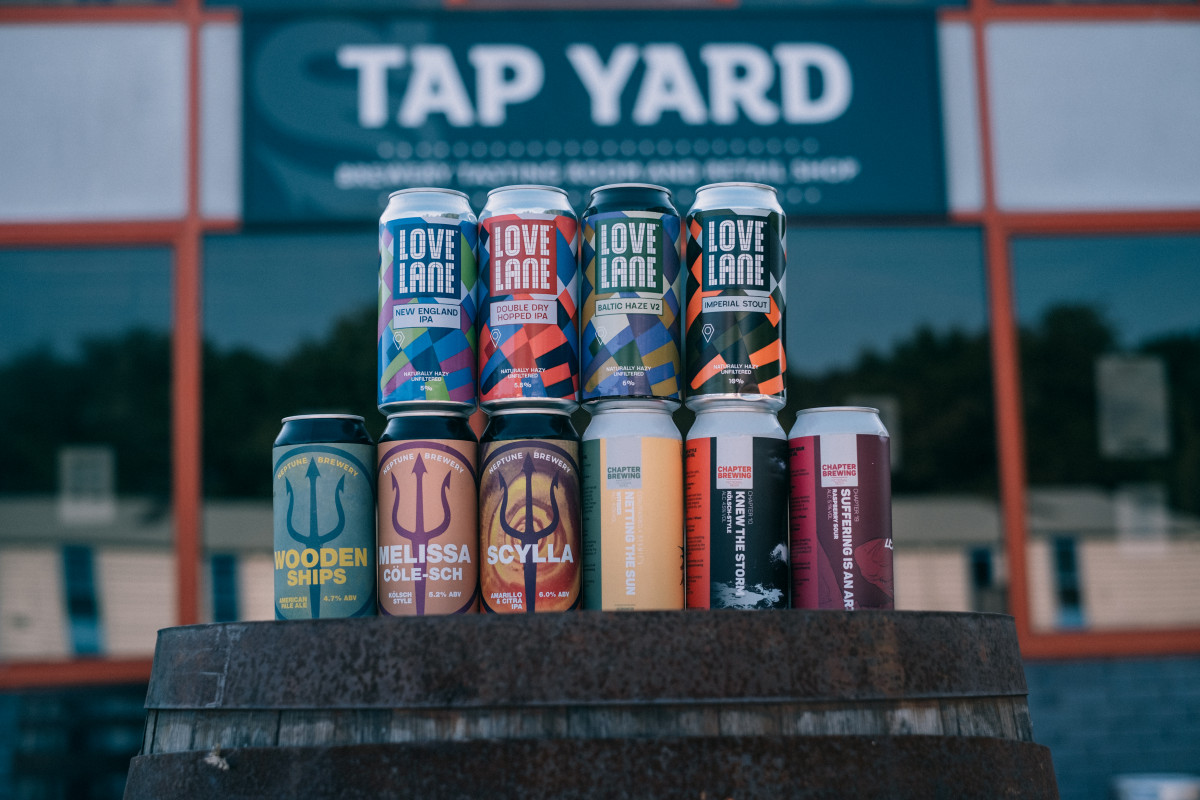 Of the events we hosted, 3 were our digital "A Beer With..." chats on Instagram Live. If you've not tuned in to these before, we crack open a beer and have a chat with people from within the industry. In the past we've chatted to the likes of award winning beer and food writer, Melissa Cole, and the Brewery Director at The Garden Brewery, Tom O'Hara.

A Beer With... Les from Neptune Brewery.

The first of our talks as part of Siren In Liverpool, we chat to Les from Neptune about their beers, Liverpool, and where he’d love to be drinking right now!

A Beer with... Noah from Chapter Brewing

As part of our #SirenInLiverpool celebrations, we chat to Noah about all things Chapter and Liverpool.

Unfortunately, we had some technical issues with our chat with Love Lane Brewing! :(

Here’s a round-up of top recommended places to head to in Liverpool, in collaboration with Liverpool Beer Collective, as well as the best of the questions we asked throughout the week. Here's the Liverpool scene in its own words:

Homebrew Tap is a family-run independent taproom serving up craft beers and artisan wines and spirits from small producers around the world. We're driven by a commitment to quality and love finding the next best local, national and international producers. With Homebrew taprooms across Wirral and a dedicated bottle shop in Oxton Village, we offer something for everyone.

We are an independent craft distiller owned and operated by the distillers. Our spirits reflect the freedom we have to pursue quality and innovation over corporate bottom lines.

Turncoat is a distillery born out of secrecy and rebellion. In 2016 our Head Distiller, one of the original craft brewers in the UK since 2010, turned rebel from his own brewery and founded Turncoat Distillery. Turning his coat from his brewery he put together a small team of secret distillers, based in unrevealed settings, releasing unexpected spirits.

In February 2020 Turncoat Distillery opened its flagship bar on the Royal Albert Dock, Liverpool. Our aim was to create a grown-up boozer that's welcoming, easy going and fun. The optimum environment we believe for showcasing our unique range of spirits. We have a short (but ever expanding) list of cocktails which allow our bartenders to do great things with our spirits. To compliment our range of spirits we decided to get in some of the best craft beer available locally and nationally. Most of our 15 lines are rotating, allowing us the freedom to showcase all the creative effort of our local and national breweries.

What makes us unique is that we are the only bar in the city that specialises in craft beer, by this I mean we only serve beer and nothing else. We are passionate about beer and firmly believe there's a beer out there for everyone; you just haven't found it yet and it's our job to do just that.

We have been open for 4 years and were inspired by one of our many US road trips. Sat in a bar in Houston, sharing beers with the locals was a total lightbulb moment for us.  Neither of us had ever planned on opening a bar, we both had full time jobs, me an intelligence analyst in the NHS & Gareth in the entertainment industry but we felt we could bring that community feeling we had in America to Liverpool.

We are happy to say we did just that and have created a city centre bar that has a community feel, if you walk in you're bound to know someone and if you don't then you soon will.  Friendships have been made over beer and beer tourists have hunted us out from around the world.

The best thing about Liverpool is that the people are so friendly.  The regulars are always sitting at the bar ready to welcome a new face.  Since opening our online shop we are thrilled to say we now have regulars that we ship to in Greece & Spain.

Other Bars of note!

Throughout the week, we've been asking for your input on your favourite things in the city. There's some repeats here, but check out the recommendations! You might just find a new favourite...

A flock of Seagulls, Cast, Coral - @thecoralband, OMD, Space, Frankie Goes to Hollywood, The Beatles (If you haven't heard of these guys, do check them out... I'd have to say their best album is The Best of The Beatles), Echo & The Bunnyman, Lightning Seeds, Chief, The Heavy North - @theheavynorth, Toffee Yaffle - @ToffeeYaffle, Yammerer, Bonnacons of Doom, Cecil, The Dead 60s

The best reaction here came from Facebook: "If you ask someone in Liverpool that you will be asked to leave the city! The 3 meals are: breakfast, dinner and tea."

However, twitter suggested @LeafBolbSt and we heartily agree with that, having dined there ourselves this year!

Albert Docks, Fairy Glen at Sefton Park, St James’ Gardens at the foot of the Anglican Cathedral, The Cathedral itself - largest sandstone church in Europe, Walker art Gallery & Library, Princes Park & then outside the city - lost in the dunes at @NTFormby (especially in Autumn). Also St Nicholas churchyard, The steps of St George’s Hall & Calderstones Park

We've really enjoyed turning our focus onto Liverpool this week. It's great to see people enjoying beers from Liverpool that they may not have seen or had access to before, as well as more people in Liverpool getting hold of our beers.

It's great to have had some many suggestions for new places to eat and drink when in the area, as well as plenty of great comments about some of the old favourites.

As soon as we can, we'll be in and around Liverpool checking all these places out.

The question now is... Where do we go next?

If you've got a suggestion, drop us a tweet and tell us why your home town should be our next feature!