With the 9th version of Maiden, Maiden 2021, now available, we thought it was a good time to have a deeper dive into the Maiden project, and the barrel store as a whole.

Maiden was the first beer ever brewed at Siren and a new batch is the first thing brewed each year. It was always designed to represent everything we’re about as a brewery; creativity, experimentation, good fun, and most importantly, great beer.

Maiden is a labour of love. Our American style Barley Wine is aged in a variety of spirit and wine barrels, before being blended back together with a percentage of fresh beer, to create that year’s vintage.

The barrels that have been used are left with 10% aged beer in them before being topped up with fresh Maiden, in what is a form of the Solera system. This means every vintage can be a totally different creation, despite coming from the exact same base. Likewise it has the potential to improve over time, as each and every year we have additional depth and complexity to call on from the barrels as time goes by.

One of our favourite things about Maiden as a project is how the beer can develop, change and express itself differently each year. Sometimes this can be due to certain barrels being particularly popular, pushing the blend in different directions.

Sometimes it can be because a mini-team of blenders on the day have a concept in mind - perhaps pushing age and wood character, going for rich and sweet as the aim, or delivering something with fruits and berries prominent. This year, it feels as though the fresh Maiden itself, used to top up barrels and always integral in the blends, has certainly played its part.

So how does Barrel Ageing work for beer?

Of course it all starts with a beer. Sometimes we might hold back a portion of a brew, which will go into barrels, or in some cases a beer may be brewed specifically for barrels. 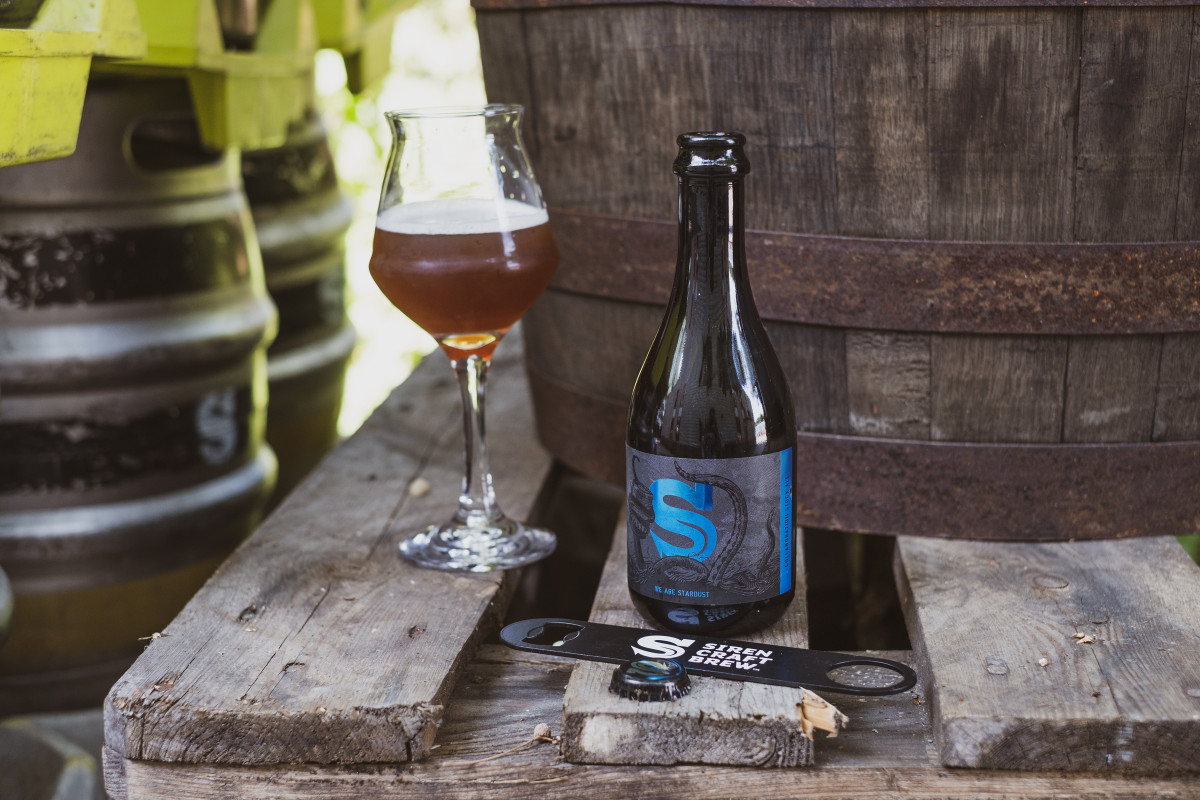 One example of this is “We Are Stardust”, a collaboration stock ale, brewed with our friends at Wiper and True. These old ales, throughout history, would often sit for long periods and react to the environment around them. The modern approach is that we know exactly what we’re doing and aiming for, and the beer is kept in a very controlled environment. The initial beer is never meant for consumption, but brewed with a 2nd fermentation in barrel in mind.

You can read more on that beer, here. 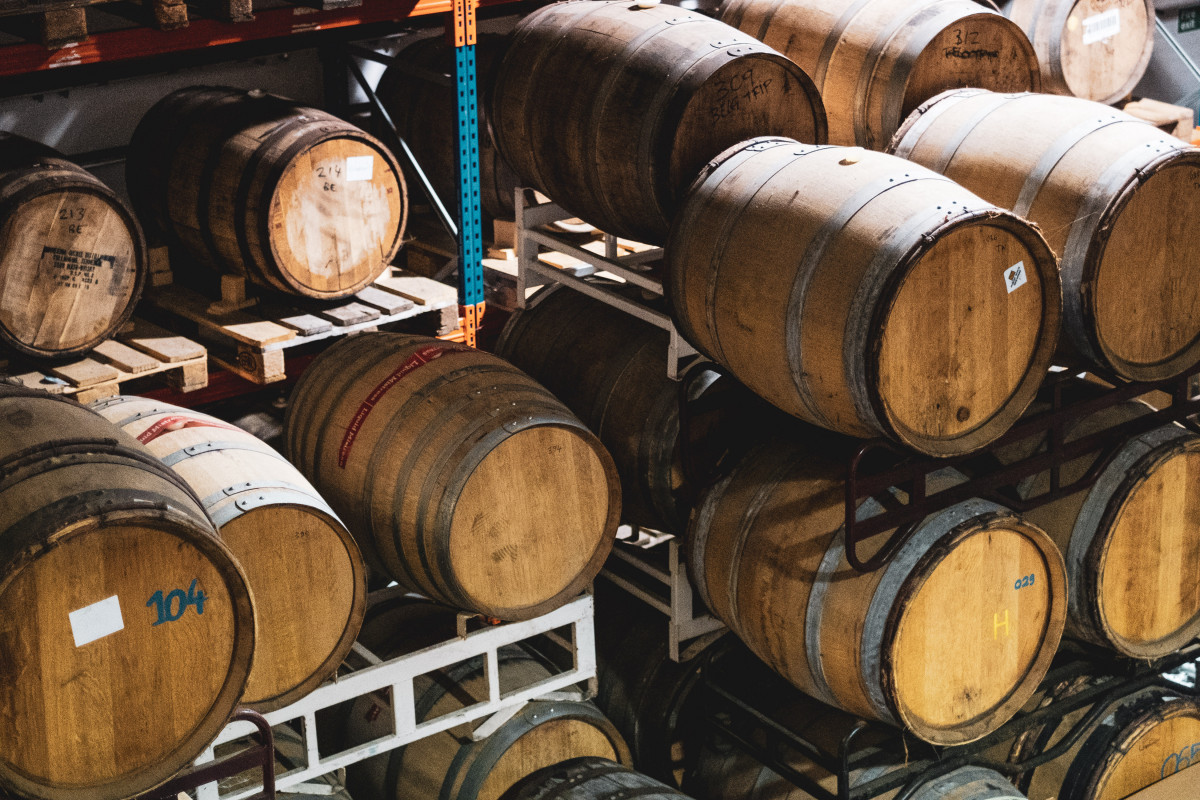 Of course, a barley wine doesn’t have to be barrel aged, and we’ve had some delicious barley wine’s available recently, but Maiden is always destined to be aged.

Before adding a beer to a barrel, we consider which barrel to use. Firstly, the previous use of the barrel. We’re lucky to have such an extensive barrel programme, so we can choose between barrels previously used to age a variety of wines and spirits. It may be that we’re looking for a rich, oaky bourbon flavour, or the sharper notes provided by white wine barrels.

For Maiden, the answer is all of them, meaning we have a wide breadth to choose from in the final blend.

We also consider a barrel’s age. A barrel might be on its 1st, 2nd or 3rd use. Each time a barrel is used for ageing it’s naturally losing some of the qualities it offers. Occasionally you’ll see us sell our ‘spent’ barrels - perfectly good barrels, but ones that have served their purpose for us.

Once a beer is in barrel, it’s important that it gets as little oxygen as possible, as we don’t want the beer to become oxygenated and spoiled. It’s kept well sealed, with a bung in the top of the barrel. If our barrel manager, Steve, needs to sample a beer, a small hole is drilled into the end of the barrel. This is dne very slowly, bit by bit, removing any small wood shavings before progressing. Once through, the hole is sealed with a nail. 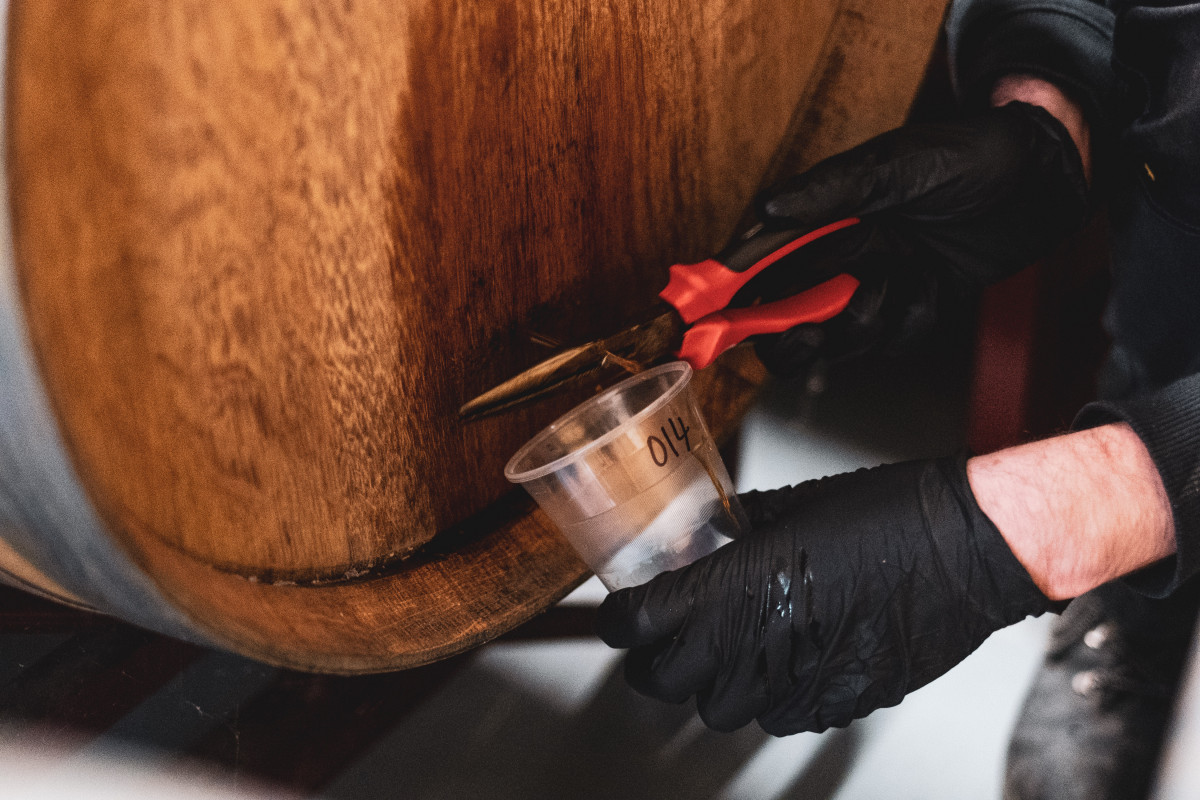 Barrels are made up of a number of individual staves, held tightly together by an iron ring, or hoop. If you remove the hoop, the staves will fall apart. As the barrel store warms up the day, the wood expands, which allows the liquid contained inside to seep into the wood. When the temperature then cools and the wood contracts, the liquid is then mixed back into the general stock. Over the course of months, or years, this is how the beer picks up all the flavours of the previous usage (i.e Rum) and the wood itself.

The beer pours with a wonderful glowing red colour, with the fresh beer a big contributor. For the first time, we sourced a heritage barley for the recipe, known as Chevallier. This variety was the first true malting barley, dating all the way back to 1824, and it rapidly became the dominant barley variety. By the last decades of the 19th century it was being grown throughout Europe, California, Chile, Australia and New Zealand. 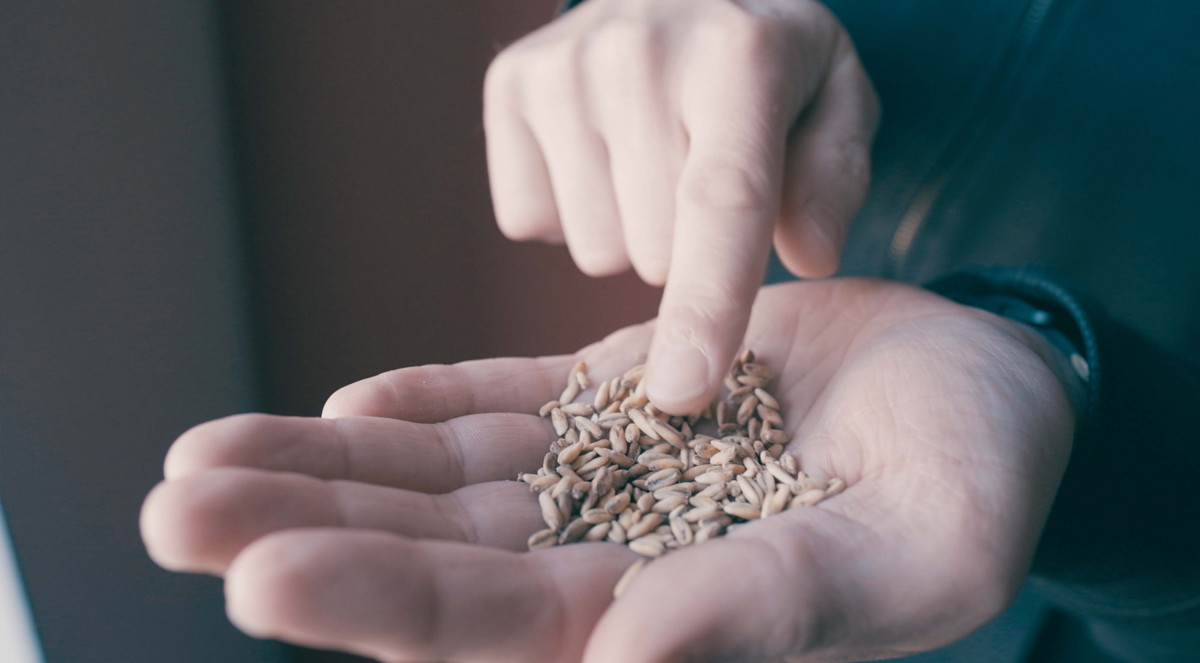 In the UK, it was at peak utilisation in the late Victorian era, before being superseded and eventually phased out by the end of the 1930’s. Crisp Malting Group has now been able to bring back this legendary barley into commercial production. It’s characterised by warm cracker and biscuit aromas with full, pronounced flavours. This made it ideal to support the ample hopping of strong ales and barley wines like Maiden, and its history makes it a wonderful part of the Maiden story.

The Maiden 2021 blend consists of the following: 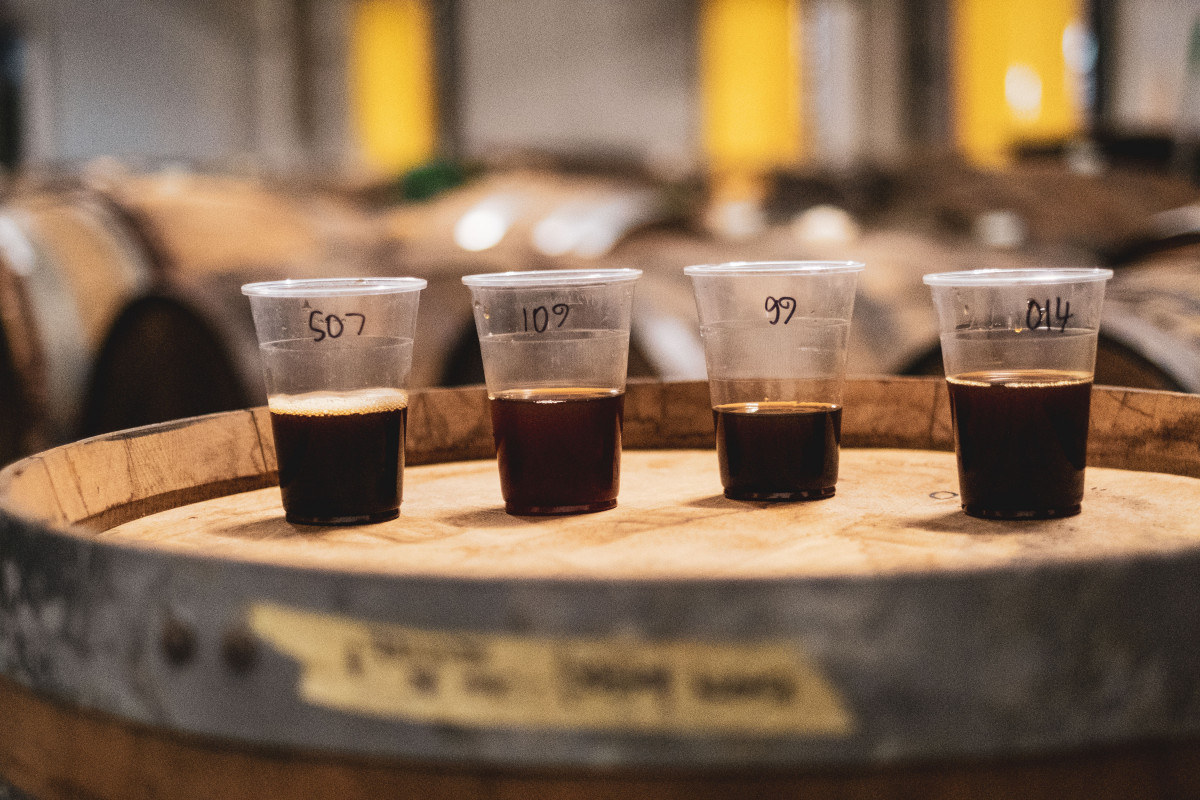 It’s a slightly lower abv this year compared to the previous releases, coming in at 10%. Perhaps this contributes to Maiden 2021 being one of the most drinkable blends that has ever come out of the project. It drinks with a lightness that’s surprising considering the hidden complexity and age of much of the beer involved. Don’t worry though, it still manages to hit all the right notes. There’s a beautiful fortified wine character, plenty of rich fruitcake, jammy red berries and spicy wood notes. 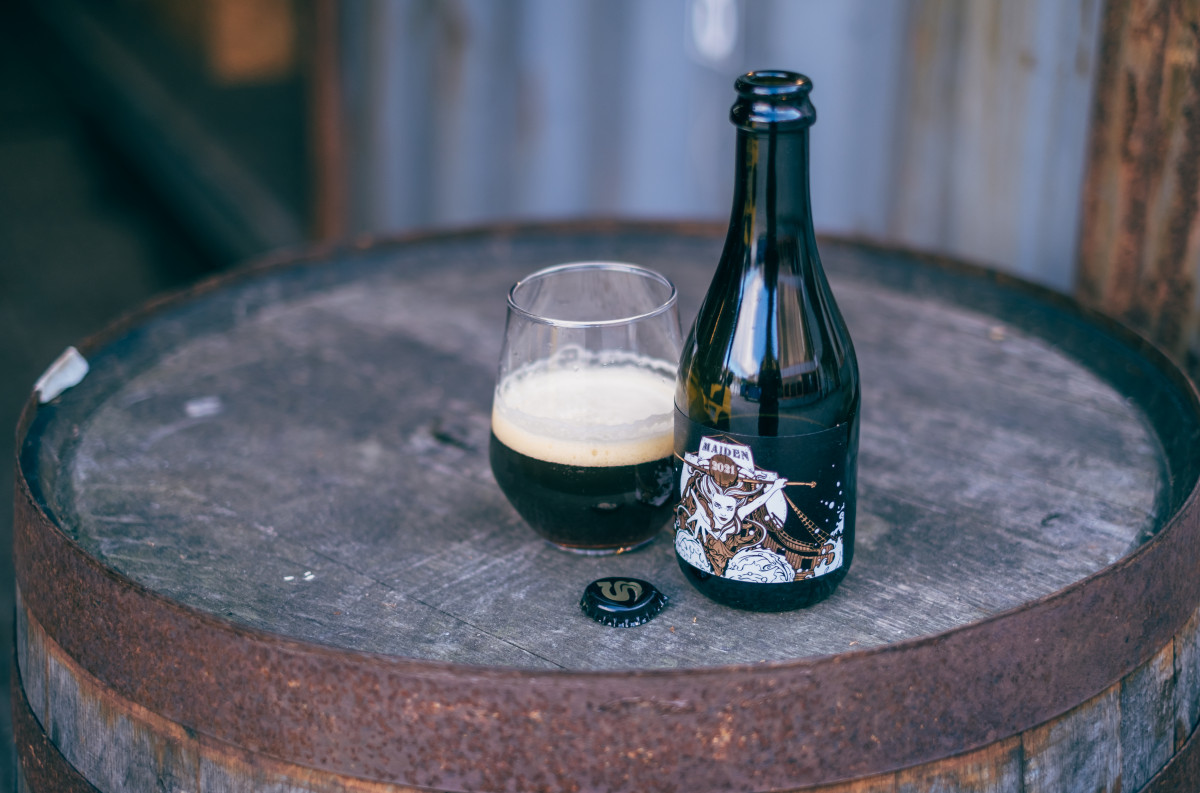 The strong, bitter-sweet base is balanced by hops, tannins and age, producing a perceived dryness that keeps everything incredibly balanced. Maiden is now in its 9th iteration, with beer in the blend dating back as far as 2013. For the direction this year to be so relatively fresh, to drink with minerality and present clear, distinct, flavours, is testament to the breadth of the project, and indeed the versatility of beer itself that we love so much. We can’t wait for you to try it, and we can’t wait to see where this beer goes next.

Next up from the Barrel Store

At the moment, the team are loving Queen of the Deep and Titanic Turmoil. Queen of the Deep is “The Abyssal Zone” 10% Baltic Porter aged in Red Wine barrels. The beer has picked up so much of the red wine character that It drinks like a glass of fine wine. It’s well worth checking out! 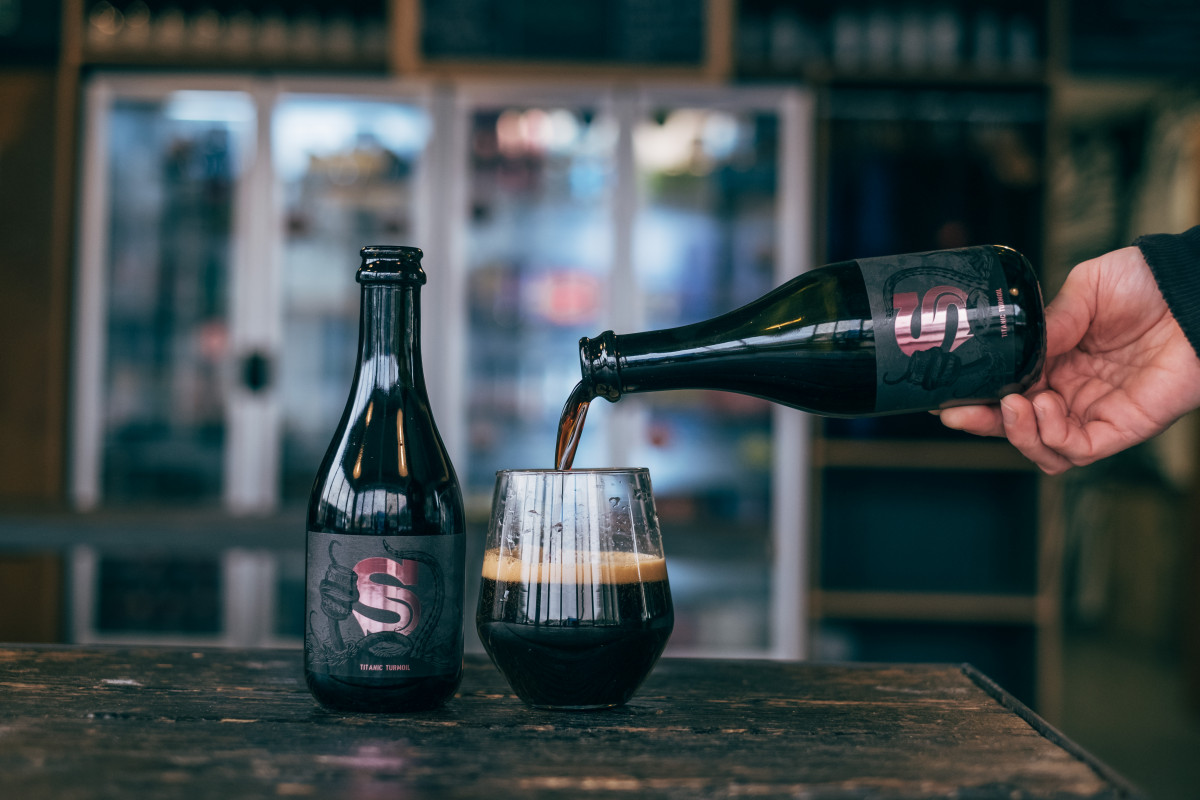 Titanic Turmoil, an imperial stout, is currently checking in up there as one of our highest rated beers of all time. Don’t miss it!

As for what’s next, stay tuned for more updates shortly. But it’s going to be an exciting year for barrel releases!

Maiden is our Anniversary celebration, a blend of barley wine aged in a multitude of barrels sourced from the finest wine and spirit producers worldwide. Each year's vintage is unique, so visit our website to learn more about the beer in this bottle.