Caribbean Chocolate Cake is back! Follow the page for all updates on launch venues and beers.

Caribbean Chocolate Cake (Or CCC as it's commonly known as) started life as a collaborative brew with Cigar City, all the way back in 2014. Since then it has developed a life of its own, with a new lineup released annually. CCC is a dense, rich and luxurious stout, layered with cacao for absolute chocolate heaven.

With the variants, we experiment with different adjuncts to play with those flavours and push the boundaries of possibility. Using our Spinbot, the beer is infused with wood alongside with bags of cacao for depth of flavour unlike no other. In the past, our variants have included barrel aged, pancake inspired, a white stout and even a one of special Christmas Cake version! You can read more about last year's CCC here.

We've asked Natalya Watson (Beer Sommelier & Advanced Cicerone®) to review each of this year's brews. You can see her comments below.

What's on the cards for this year?

Introducing the final beer of the lineup for 2021 - Caribbean Chocolate Mole Cake!

Natalya Says: "Smell that chilli pepper! Wow! There's bittersweet dark chocolate, cacao nibs and a dusting of cocoa powder, but that chilli pepper is really what leads. Take a sip and just wait for the warmth to build thanks to the beer's strength, the chilli heat, added spices, and notes of cinnamon and gingerbread from the wood. That underlying chocolatey sweetness is still there though, providing balance and preventing the warmth from becoming overwhelming. Boozy Mexican hot chocolate? Yes, please." 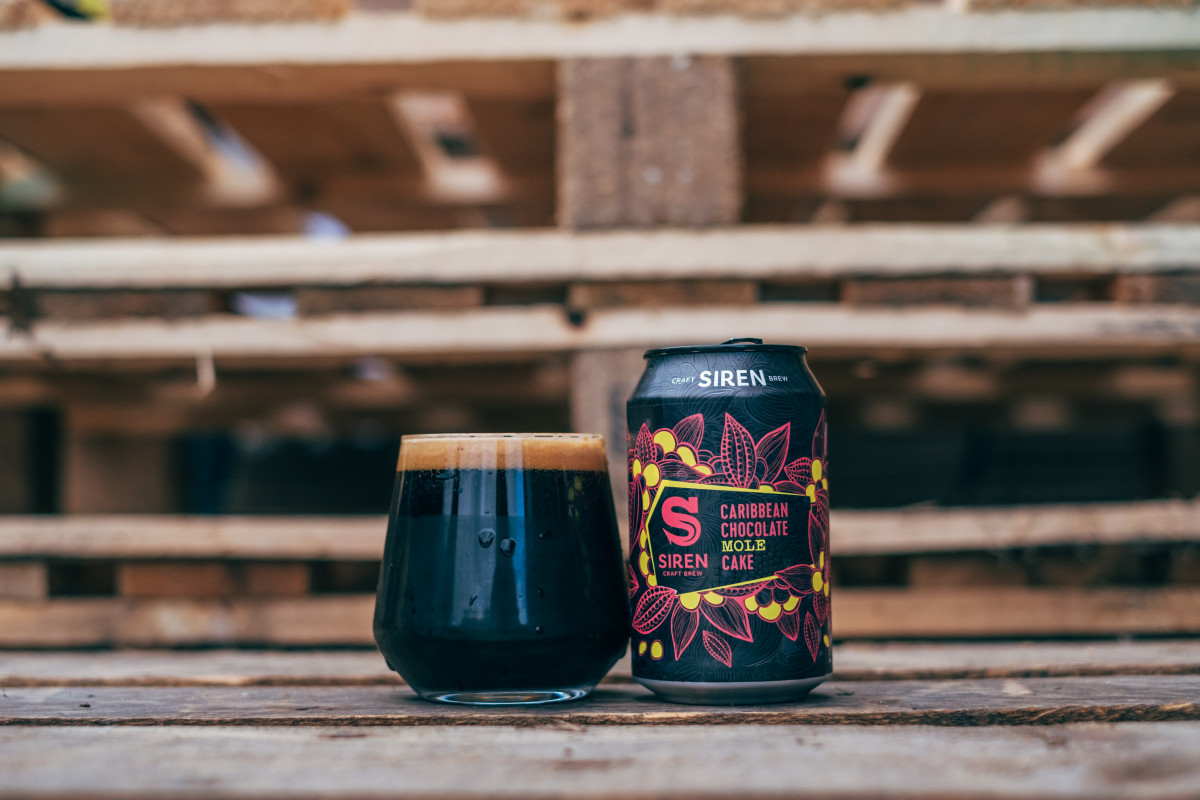 The third beer of the line up is a nod to two previous favourites... introducing Caribbean White Chocolate Pancake Stack! We feel that the white stout really allows room for the maple spices to have fun, it's super balanced and we hope you love it!

Natalya Says: "Please don't judge me for my questionable coffee choices, but when first poured, I thought this beer smelled just like a Starbucks iced caramel macchiato – it's got a hint of coffee, a milky sweetness and a lot of flavouring. While I find it more reminiscent of caramel on the nose though, it's 100% maple syrup on the palate. You can even taste that sticky sweet pancake stack below. As a big fan of proper fluffy American pancakes, this is brunch in beer form." 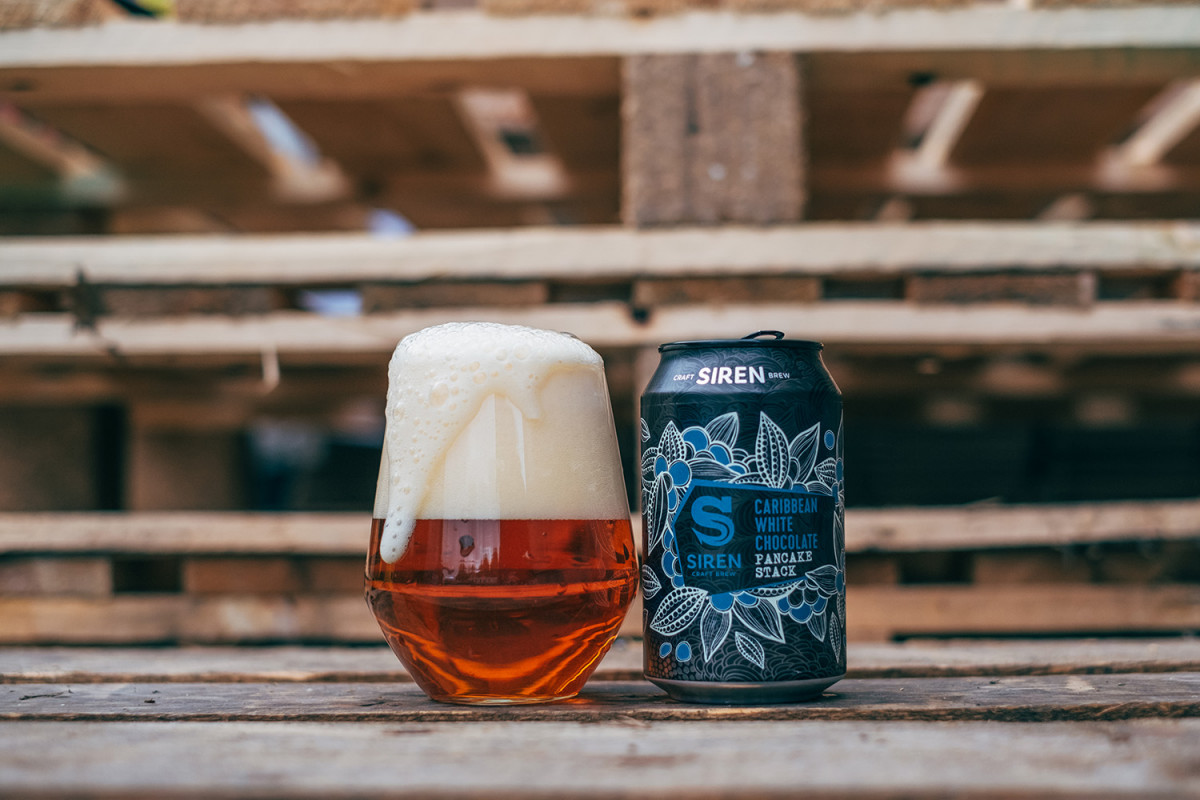 The second beer being announced is the return of .... DEATH BY CARIBBEAN CHOCOLATE CAKE! This is always the staff favourite, with it's ramped up strength and rich additional flavour from the wood additions. Delicious, it had to come back.

Natalya Says: "Expect inviting aromas of vanilla, chocolate, marzipan and a woody spice, with a slight boozy note in the background that clues you in to this beer’s strength. These flavours then follow through on the palate – think sweet crème brûlée, chocolate mousse, and cinnamon – and as each sip ends, you’ll feel that gentle alcohol warmth that makes a beer like this one the perfect choice for a cold winter’s night. Dangerously drinkable." 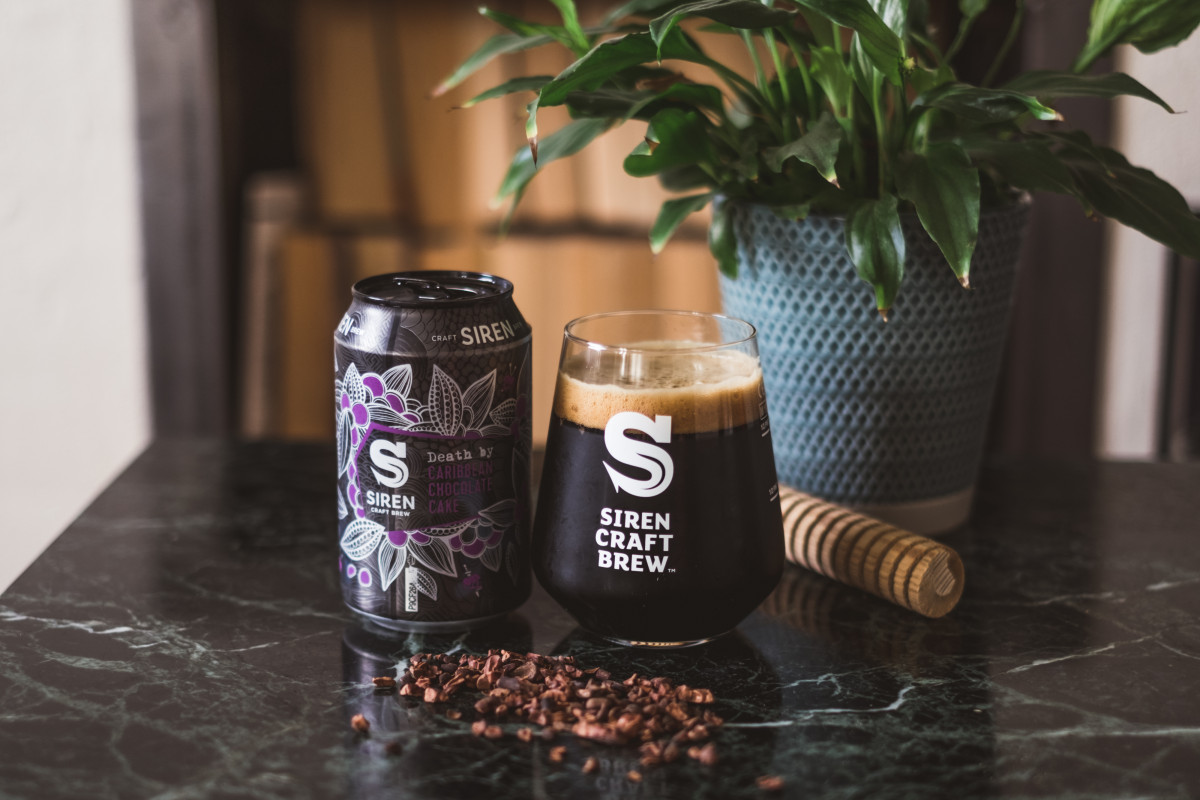 Well, we're delighted to announce the first of the line up, making a triumphant return - NITRO CCC!

Natalya Says: "For my next birthday, just stick a candle on this. One sniff and I could practically taste the slice of chocolate cake I was envisioning, as the initial aroma here was so reminiscent of dark chocolate buttercream icing. There are background notes of cacao nibs, dusty cocoa powder, and a hint of coffee, too. Take a sip and the beer doesn’t disappoint – it really is like biting into a piece of cake. The nitro serve gives this beer a full, chewy body that’s so full of flavour. Again, chocolate’s in the lead, but there’s a hint of vanilla and a woody spice that's a nice counterpoint to that icing-like sweetness." 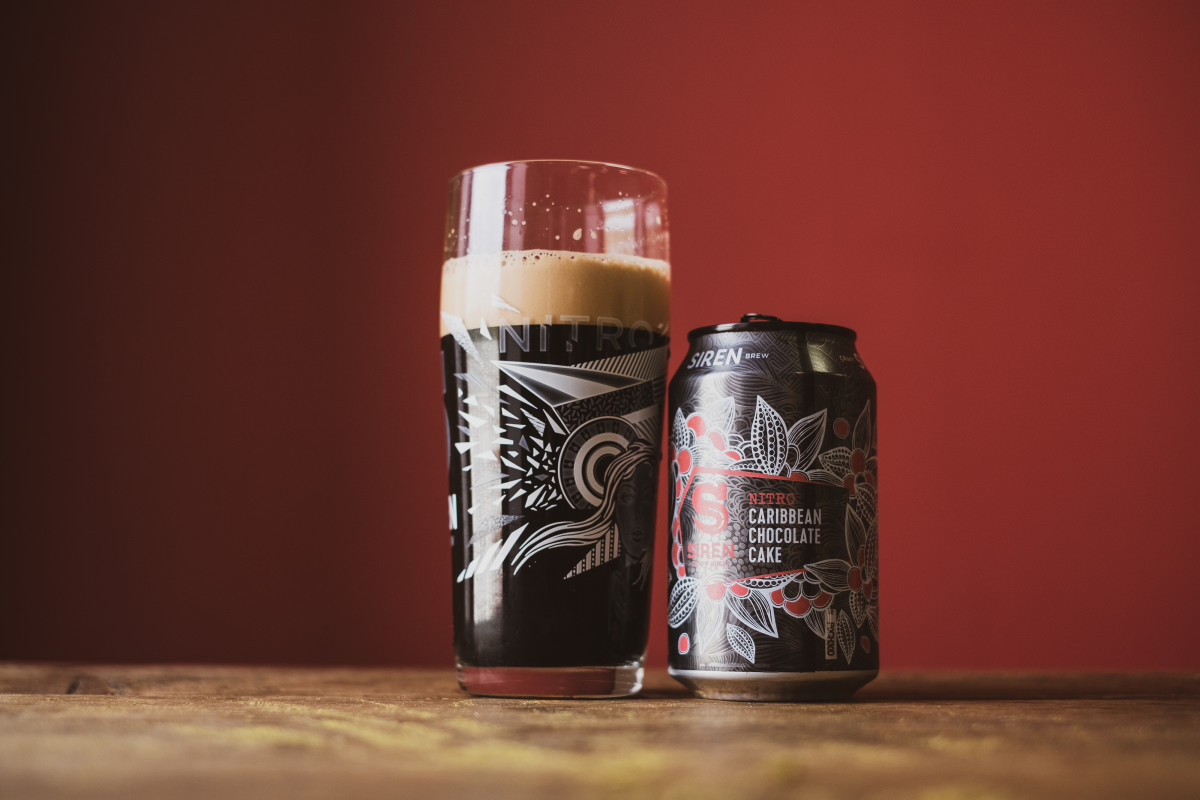 With a can only initial release in 2020, Nitro was a popular addition to the format. The added velvet creamy textures that a hard pour gives helps to lift an already incredible beer, adding an element of pure luxury.

The next update comes soon! Keep an eye on social media.

In the meantime... find one of our amazing launch partners near you! 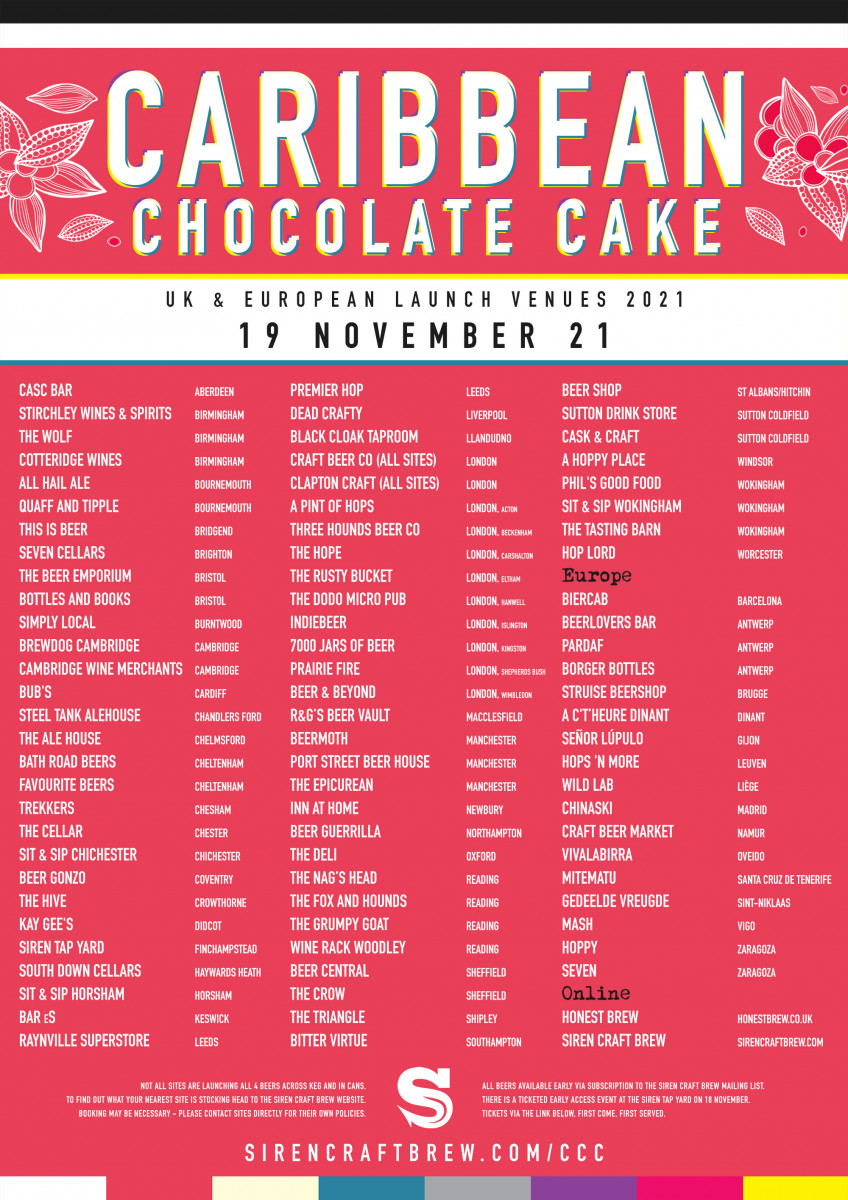 To see if your local venue has cans, kegs or both check below - for the finer details please contact a venue directly.

I HAD THESE BEERS LAST YEAR (or before!), ARE THEY DIFFERENT?

CAN I ORDER IN A FEW WEEKS TIME?

You can try, but in the last couple of years the beers have sold out within a week or so. They're popular, so don't miss out!

WHEN AND WHAT IS THE LIVE TASTING?

Our Virtual Beer Tasting will be on Friday 26th November at 7pm. Join us as we chat to various members of the Siren team behind this incredible beer, including Siren Founder, Darron Anley, and Head Brewer, Sean Knight. We'll also be chatting to Willie Harcourt-Cooze from Willie's Cacao about all things chocolate and Wayne Wambles from Cigar City.

All the information will be on sirencraftbrew.com/ccc

ARE THEY VEGAN FRIENDLY

ARE THE KEG VERSIONS BACK?

They are! Last year we missed out on a keg launch, but pubs are back and so is CCC in keg.

IS CCC NITRO IN KEG?

Nope! It’s the standard version on keg, Nitro is in can only, so make sure you grab one (or 12).

IF WE KNEW IT WOULD SELL OUT, WHY DIDN’T WE BREW MORE?

Sadly, we can only brew so much.

WILL THE PRESENTATION FOUR PACKS AND DELUXE GIFT SET BE BACK?

Yep! But they sell out quick so again, make sure you're on the mailing list and order as soon as you can.