Here at Siren, we love all things beer, especially getting out and about, meeting people, and enjoying beer in new locations. This is something we've missed terribly in the last few months, and we imagine you have to. Get involved with the Hashtag!

Check out the Guest beers on the webshop!

Jump to the Competition! 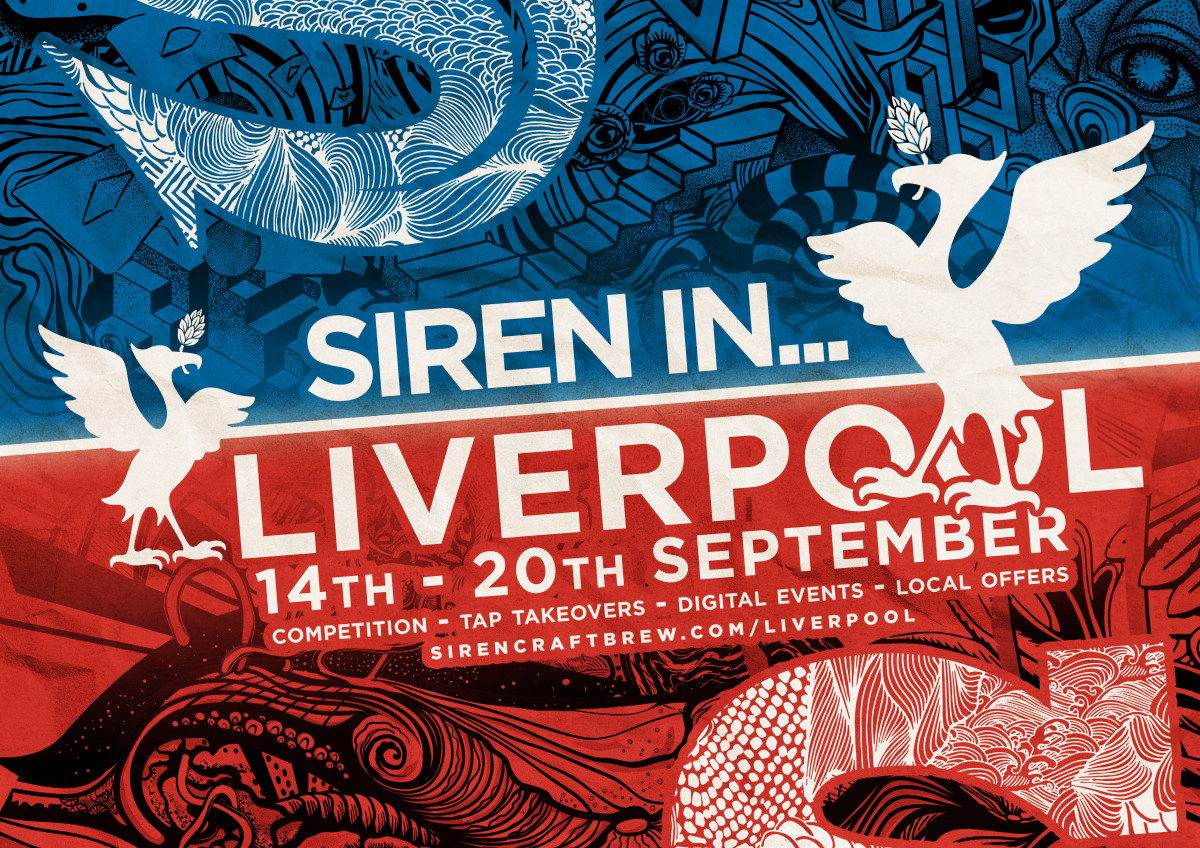 So with that in mind, we're starting a new regular feature, shining the light on some of our favourite beer locations. We're kicking off with the 2008 Capital of Culture, birthplace of The Beatles and home to the current Premier League Champions... Liverpool.

To do this, we've teamed up with Liverpool Beer Collective to help us get the inside scoop, but we'll also be asking you guys to get involved by sharing your favourite spots to enjoy the city, helping to promote local businesses.

Throughout the week, we'll have a Liverpool pacific competition running, free delivery to all Liverpool postcodes, a Tap Takeover in Liverpool, Digital Events and a Siren Tap Yard Tap Takeover featuring Liverpudlian beers.

tThis is the first of many "Siren in..." adventures, if you think your city would make a good candidate then let us know. 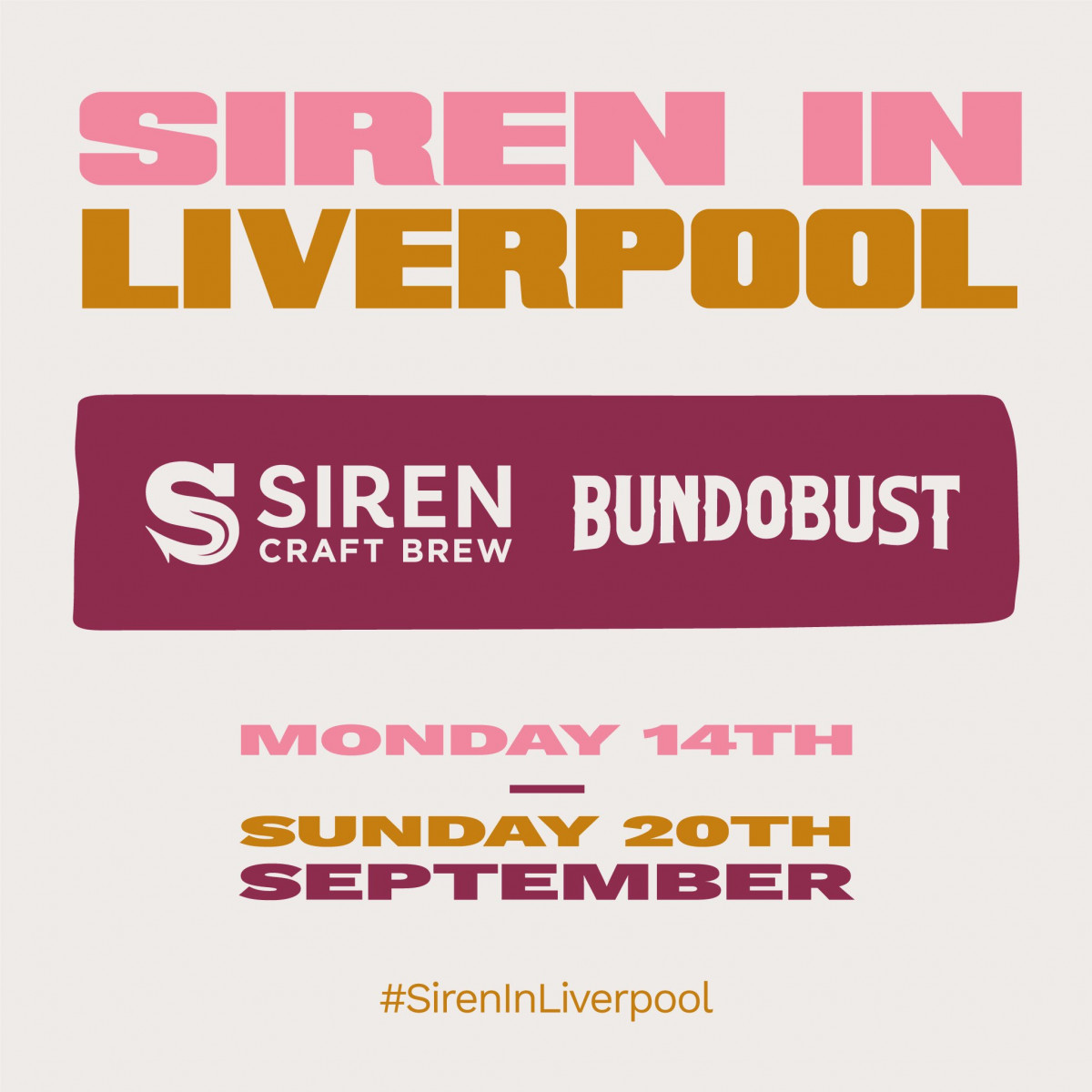 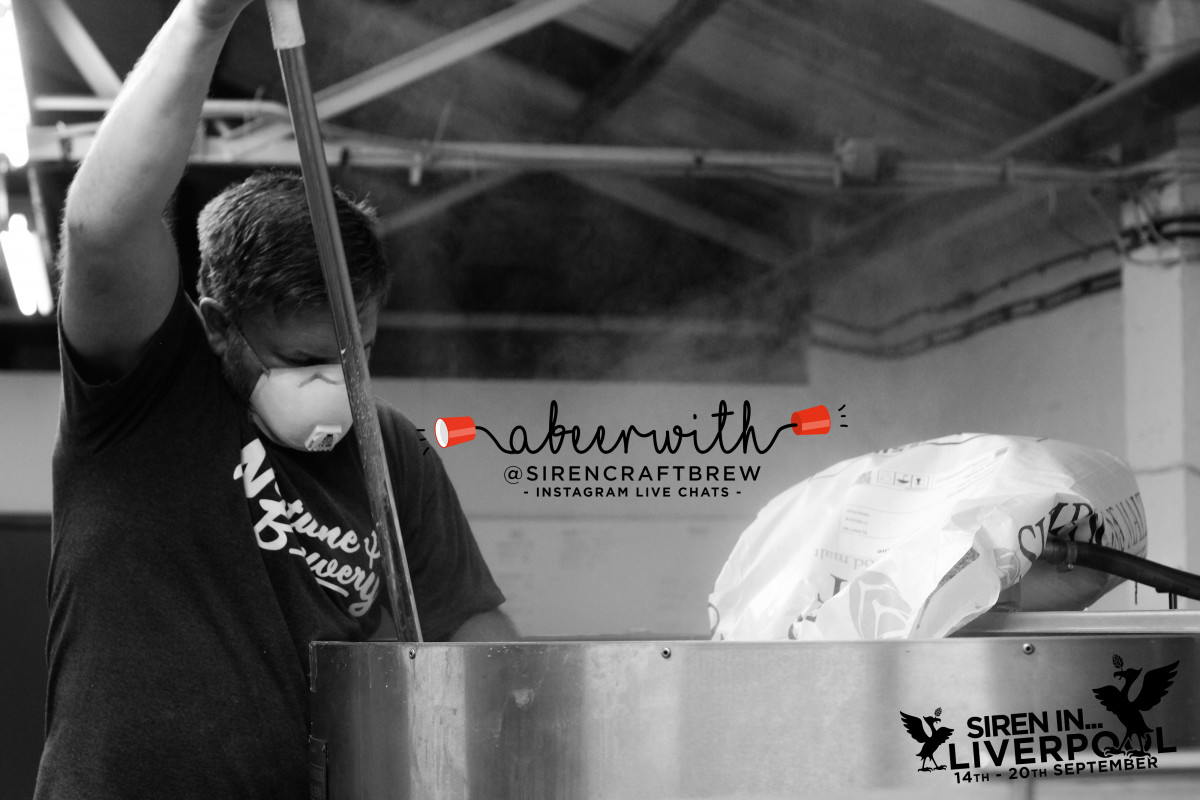 The first of our talks as part of Siren In Liverpool, we chat to Les from Neptune about their beers, Liverpool, and where he’d love to be drinking right now!

Here are the beers: 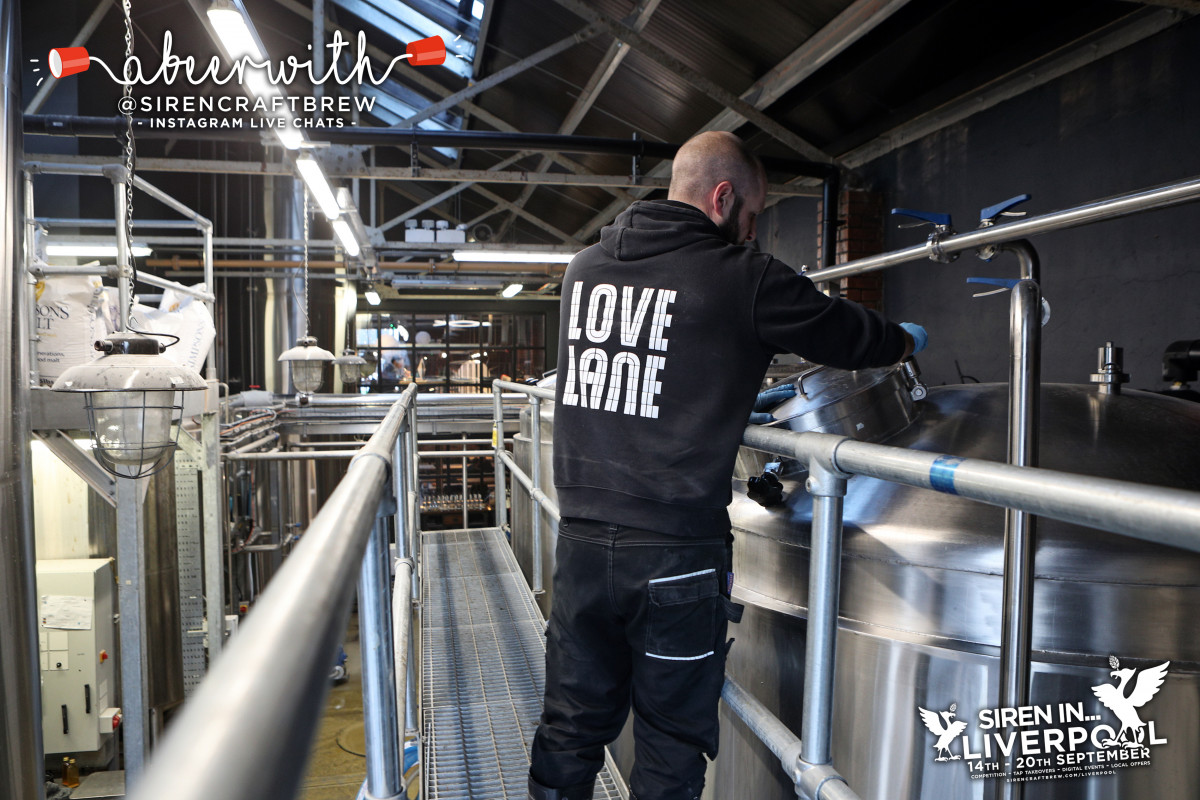 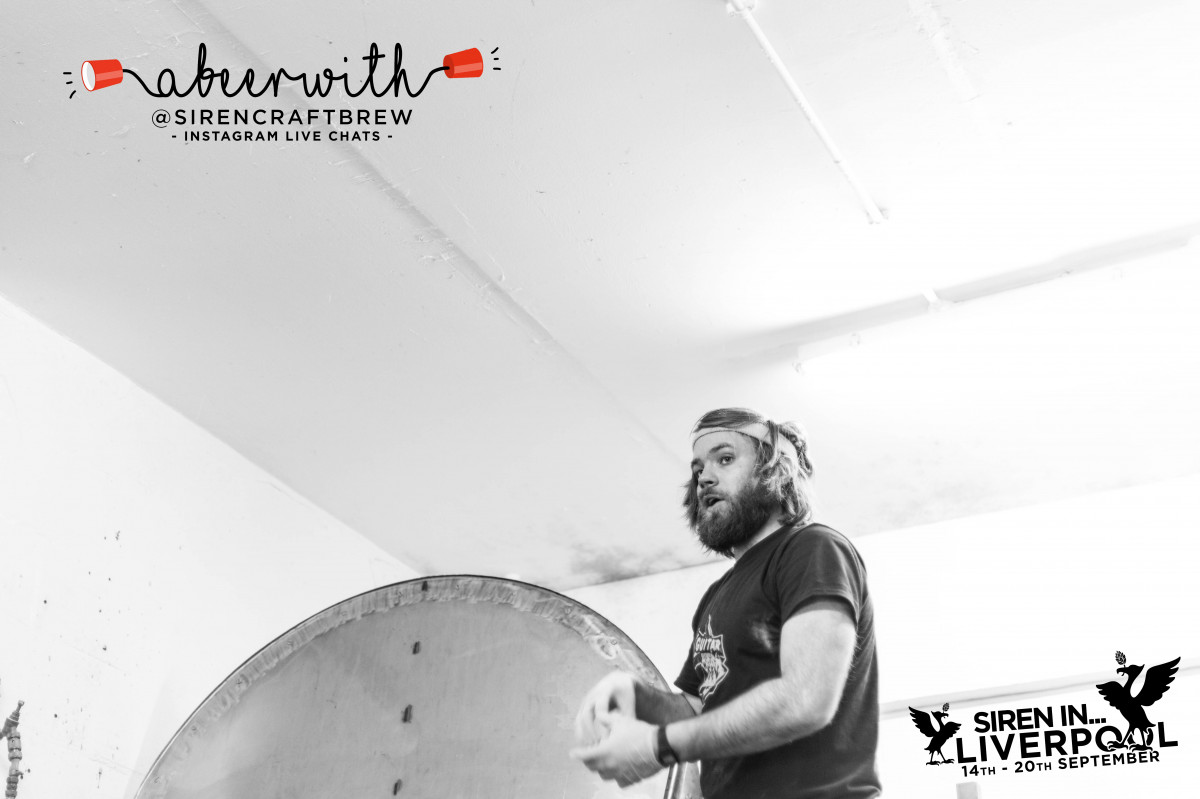 We're joined by What The Cluck? so book a place and come on down!

Here's your chance to win an amazing bundle of Siren beers, some great beers from Liverpool and some other goodies!

To enter: We want to see your best beer memories of Liverpool! Send your photos via twitter, tagging @sirencraftbrew and using #SirenInLiverpool hashtag, alternatively you can upload your entries to this form: Siren In Liverpool Photography Competition.

To qualify, the photo must be Liverpool themed, so either in Liverpool, or drinking Liverpudlian beers! Good luck!

Here's some of our memories from this year's BeerX, just before lockdown, featuring our man Andy and Stephen from Ridgeside accidentally dressing the same, hanging out with Bruce from Vibrant Forrest in Dead Crafty, some beers with Lucy from Double Barrelled Brewery in Head of Steam and a late night beer in Crazy Pedros. 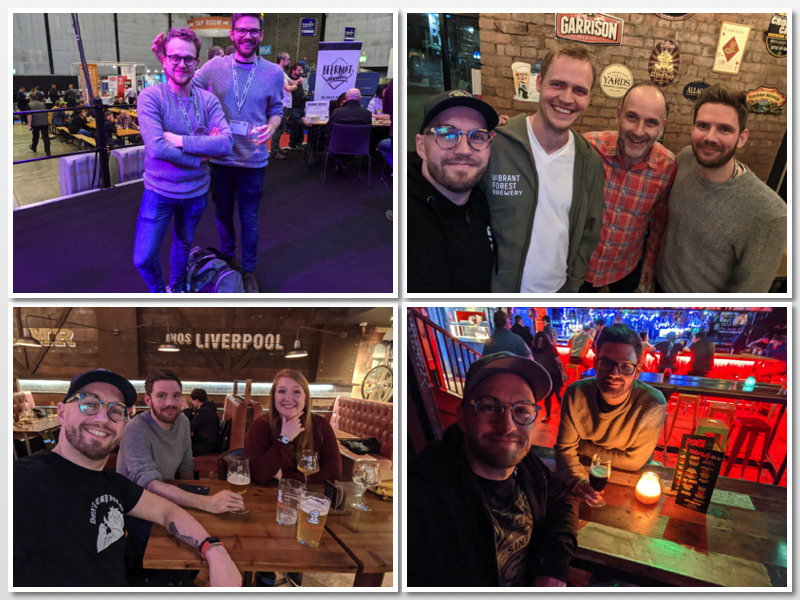 ‘Siren In…’ is a week long celebration of one city's beer scene, venues and creative industry. For one whole week we’ll be running a series of events, online and at venues/breweries promoting the best places to drink, the best producers and, of course, the amazing people that make the city unique.

We’ll pair up with an influencer, or local guide to run the week. These local guides are not only respected in their local scenes, but have links to venues, potential consumers and lesser known cool spots such as cafés, restaurants, and landmarks. Once we have a date for the event and an affiliation with a local guide we can get started curating the events that will run through the week. In this case, the local guide is the Liverpool Beer Collective, and the week is running from September 14th.

Pretty much to have some fun, make new friends, and shout out about how amazing the Liverpool beer scene is, and Liverpool in general – especially as a creative and inclusive city. The beer community is great and prides itself on working together to help each other out, and this is exactly what we’re trying to achieve. We want to get as many people in Liverpool talking about why the city is so great and what it has to offer; hopefully creating a buzz and helping some local business.

What events and/or promotions will run during ‘Siren In…’

First up, well release a launch video with the local guide. This will be on the first day, Monday, and will be pre-recorded and released on social media. This will introduce the week, talk about the city, the scene, it’s highlights and best breweries and venues. We’ll also announce free local shipping to all postcodes within the city and selected surrounding areas.

On Tuesday we’ll host ‘A Beer With…’ on IG were we speak to one of the local breweries for 30 minutes about them, their beer and the local scene.

Wednesday, Thursdays, Fridays, and Saturdays are reserved for local events. These could be Tap Takeovers, tutored tastings, beer and food pairings, or even just a local event that’s already happening that we can shout about and champion.

Throughout the week we will be creating engagement by asking, mainly on Twitter, for people to interact by suggesting their favourite spots. It might be their best hangover spot or even favourite place for cask. Maybe even outside of the box such as best landmark or best creative space to chill out. We want to help people, in and out the city to discover new spots.

I run a venue in Liverpool, what can I do to get involved?

Firstly, join in with the social chat. There will be people talking about your venues, posting photos of themselves enjoying a beer or some food there – shout them out and engage with people. If you organise events, or have an event going on then let us know and we’ll shout about it.

If you have an idea of how we can work together, then get in touch. We’ll of course be talking about venues that have Siren in, so maybe grab some kegs or cans to sell. Maybe nominate your venue to be in the blog, too.