On Saturday 25th August 2018 we revealed the final Rainbow collaborations.

All seven were barrel aged and/or barrel fermented, devised and made over time since the pairings were drawn back in 2016. We wanted to bring the Rainbow Project 'Back Home' for its final outing. We welcomed around 600 people to the brewery in Finchampstead for one last party. We brought in some amazing guest beers in, including hits from previous years' collaborations, such as Buxton x Omnipollo - Yellow Belly.

It was a superb send-off for a project that has given us so much inspiration, so many new friends and so many great beers over the years. 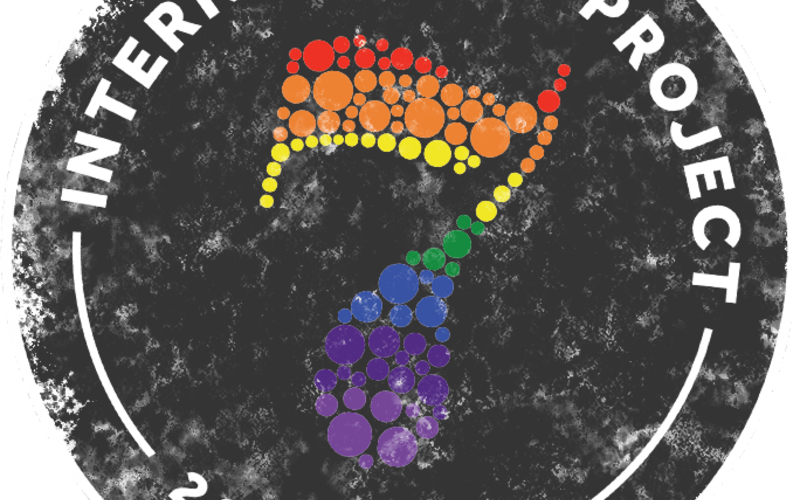 The brainchild of former Head Brewer, Ryan Witter-Merithew, for its first outing the Rainbow Project brought together seven of our favourite breweries from the UK: Magic Rock, Partizan, Hawkshead, Kernel, Brodies and Buxton. Each brewery was asked to brew an IPA loosely based around a colour which was randomly assigned to them and a small launch party was held at King William IV in London. People travelled from all over the country to find out what all the fuss was about, and they weren’t disappointed, as each brewery made the most of the opportunity to experiment with ideas, recipes and brewing techniques. 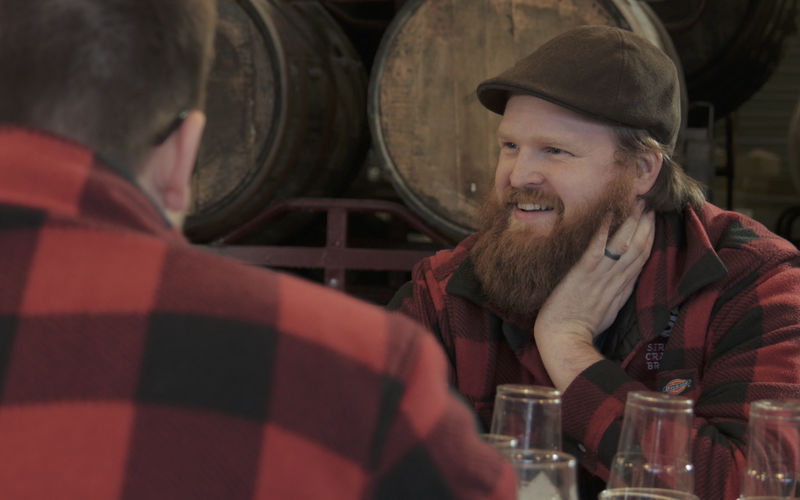 Upping the ante for 2014, we decided to call up some friends from Europe (+ Evil Twin) to add a whole new dimension to the project. On the UK side Beavertown replaced Brodies and Wild Beer Co replaced The Kernel. The random pairings came out as follows: 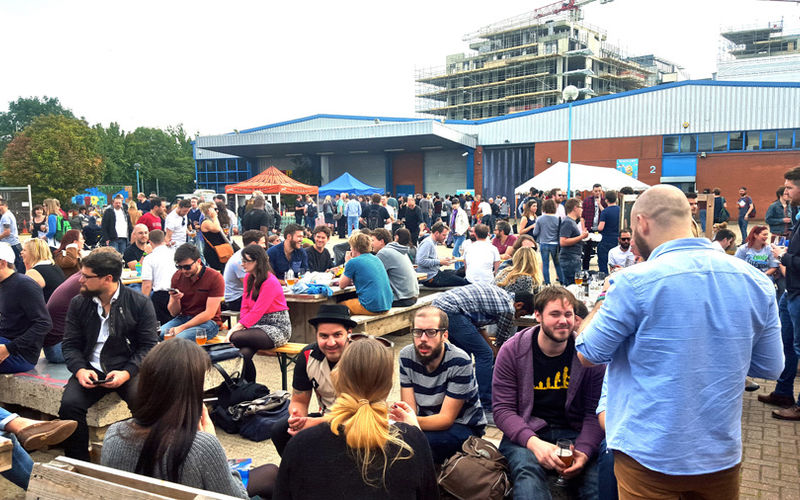 Now in its third outing, 2015 represented a breakthrough year for the project. Excitement was rife after the success of the European creations, and as word got around that we were looking to the USA for inspiration, we were lucky enough to perk the interest of state-side breweries considered to be brewing some of the best beer in the world. Our transatlantic pairings lined up like this:

We held brewery launch events at Magic Rock and Beavertown, plus bars operated by Buxton and Wild Beer Co. This was supplemented by events at Port Street Beer House (Manchester), Small Bar (Bristol) and Hanging Bat (Edinburgh). This time 1,000 Mixed Cases were put together and sold at the events and online, with demand outstripping supply once again, even with the 750 more sets than 2014. 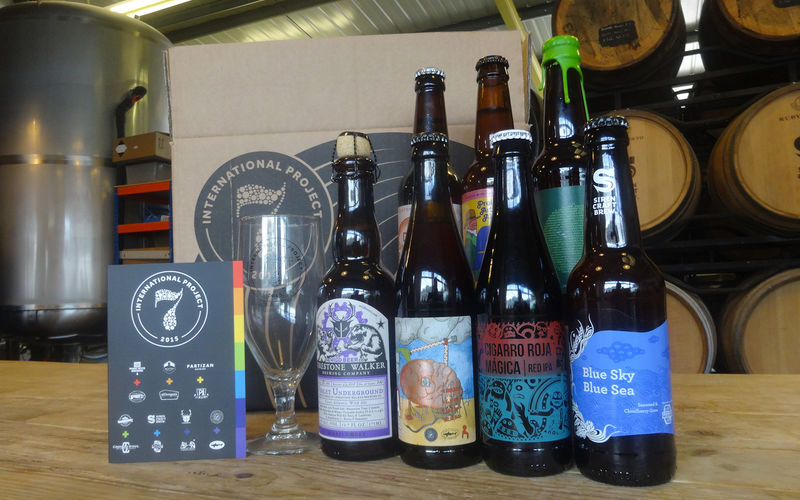 The 2016 International Rainbow Project headed to New Zealand! Following the unprecedented success of the 2015 project, we wanted to strike while the iron was hot and snap up some of the breweries making the best beer in the world.

We made the draw live on #CraftBeerHour – the organised Twitter chat specifically for craft beer fans every Tuesday evening, and then came full circle when the beers were announced on the channel just before launch date. On September 17th 2016 we released 1,500 mixed cases, which included all seven of the year’s beers along with a souvenir Rainbow Project 2016 glass. The mixed cases were available from official brewery party launch events including at Siren Craft Brew, Magic Rock and Beavertown. A limited amount of mixed cases were also available to purchase online, through our partners at HonestBrew. We air-freighted over kegs from all the New Zealand breweries, which made the launch parties unique opportunities to try some of the best hoppy beer in the world. 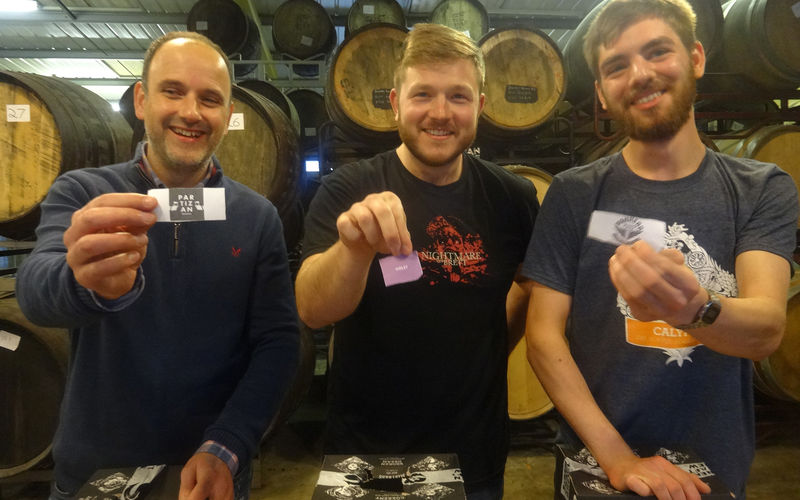 2017 saw a welcome return to collaborations between UK breweries and the USA.

On Tuesday 6th December 2017 we gathered at Partizan Brewery to make the official announcements of the 2017 region, breweries, pairings and colours, which we streamed through Facebook Live and live-Tweeted as it happened.

For 2017 there was a slight twist, as we drew 2 colours out for each pairing. The idea for this was that the second colour would be inspiring a barrel aged beer designed to be ready for release around the time of the International Rainbow Project 2018.

Here’s how the draw went: 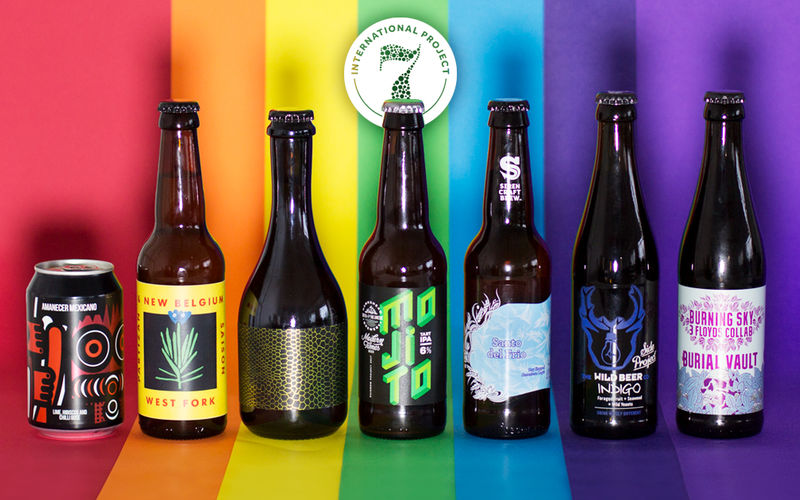 What's next for the Rainbow Project?

For 2019, we came to the decision to end the Rainbow Project in its current format. It's been a great run but it was time to hand over the reigns and allow the project a fresh new life.

We're delighted that our friends at Left Handed Giant will now in in charge and have put together an incredible line-up.

Have fun breweries, we can't wait to try the brews!