It seems like an age away that we agreed with Henok & Karl, awesome brewers from Omnipollo in Sweden, to run a homebrewing competition for the Swedish homebrewer community.  The prize being a flight over to the UK to brew with Siren & Omnipollo. Once Henok & Karl had worked their way through the vast array of entries with with an amazing amount of detail both in the recipes and the packaging, they packed off their top 6  to us, and with some help from Thornbridge Dom and Jeanine we dutifully worked our way through them to pick a winner.  Rick Gordon Lindqvist is already a celebrated homebrewer and his hoppy hefeweizen was absolutely on point. 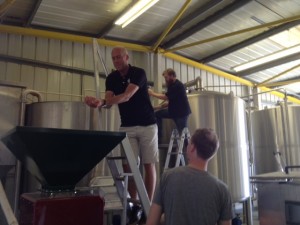 So fast forward to August and the three arrived nice and early for mash in at the brewery and all was not well.  The wheat malt that hadnt arrived the previous day had still not arrived.  A few calculations were made, as this was to be a double batch brew and we kicked off with a few small changes. 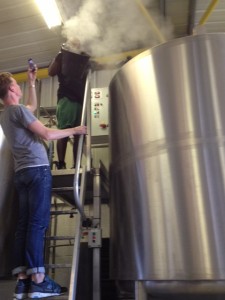 After that it was a pretty straight forward day, punctuated by lots of sharing and tasting of beers.   Omnipollo bought along a number of their imperial stouts and Rick bought along a 12 and 2 year Westvestltre XII, which kept the day running well. 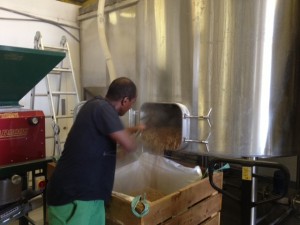 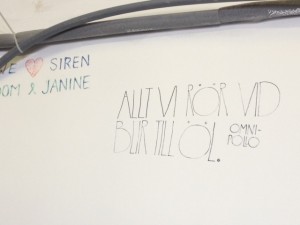 So on to the the beer we brewed, named after a swedish Siren, Näcken is a 6.4% hoppy hefeweizen, using wheat, hefe yeast and to balance the banana a good dosing of US hops.  The bottle image is borrowed from old artwork of a Swedish Näcken who lures people into the water by playing his fiddle (often naked - not sure of the relevance) and looks fantastic.  You should start seeing this in keg and in bottles over the next few weeks.

The Swedish launch should start appearing over the middle of October.
Share
RELATED TAGScollabhefeweizenomnipollosweden