You may think it's been a quiet time for us following Project Barista - but you'd be mistaken. Behind the scenes it's all go, as we've brewed collaborations with Dugges, Other Half and Slim Pickens, along with three big hitting old favourites (lots more to be revealed) and a certain Rainbow Project beer ready for September release. But let's start with some beers that will be finding their way onto bars near you over the next week. 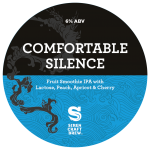 First up is a surprise re-brew of Comfortable Silence! This flew out the first time round so we wanted to make sure it got a bit further afield. For those that didn't catch it, this is the follow up to last year's Ten Dollar Shake - a fruit smoothie IPA. Comfortable Silence follows the same formula but is packed full of Peaches, Apricots and Cherries this time around. It's available in keg and bottle. This is the last batch, but look out for the next scene in the (unofficially dubbed) fruit pulp fiction movie in the coming months. Buy online here » 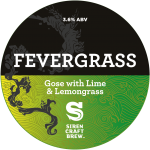 We're excited to introduce a keg-only special in Fevergrass. It's been a while since we've brewed a Gose, but are massive fans of the style. If we're lucky this year and the sun comes out for the bank holiday weekend then we hope this beer could be the perfect summer thirst-quencher. As you might expect - it's not a straight up example of the style. We've introduced lime juice and zest along with lemongrass for a satisfying squeeze of citrus.  Available in keg - one brew so grab it if you see it! 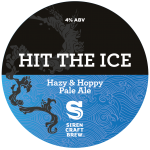 Now it's with mixed feelings that we introduce Hit The Ice. It's a keg and cask pale ale with a hop bill to make your eyes water. It's hazy, juicy and 100% quaffable and we can't wait to - let it loose on the bars. But unfortunately there's a bit of a catch. We're very sad to be losing Sam Lee from our team in September. He's been with us for over three years, and has become an essential part of everything we've done over that time. Unfortunately he'll be leaving the industry for pastures new. He'll be sorely missed and we all wish him the best. Hit The Ice is named after his most infamous Siren moment - a spectacular entry to the ice rink at a Christmas Party, which (spoilers) ended disastrously. Cheers Sam!   Stay tuned for plenty more new releases coming soon.
Share