Hands up if you saw this photo on our social media and got a little bit excited about the concept of Calypso Hot Sauce? 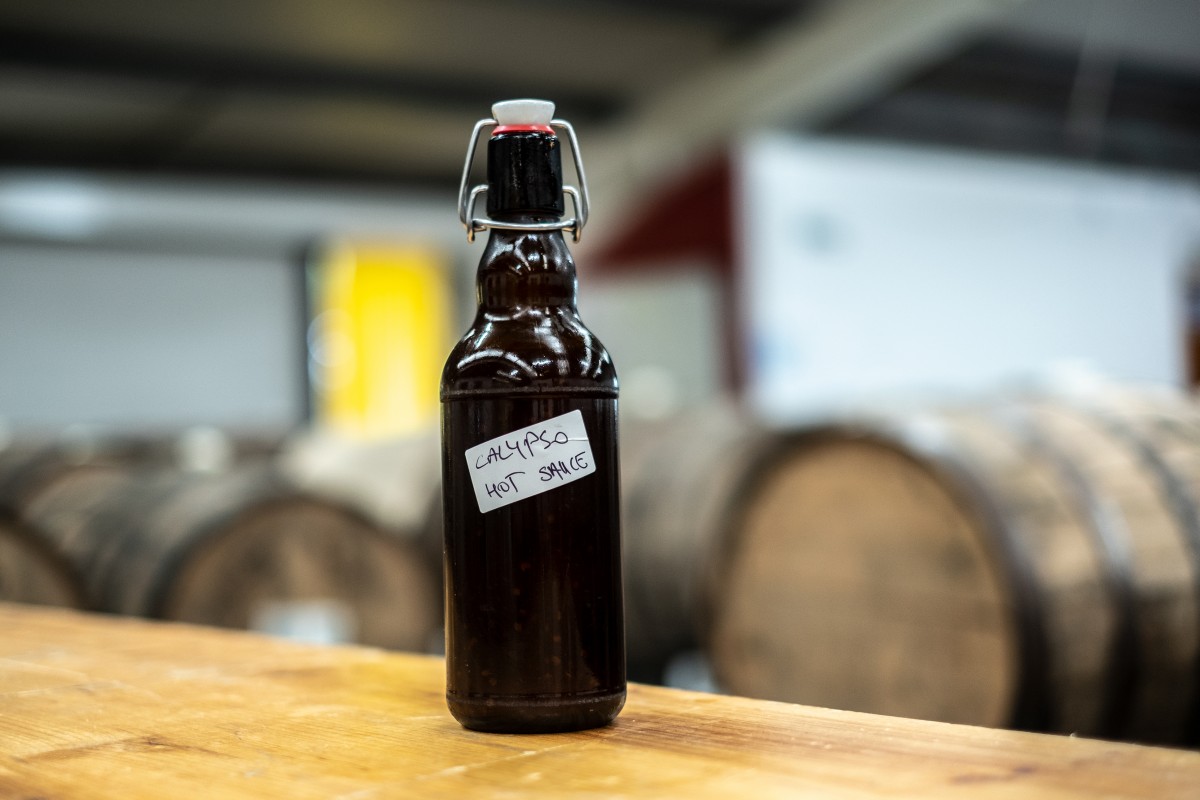 This is the collective brainchild of the Siren brewers, although it was Kit who brought the final sauce to life.

It all started back in September 2018, when Superstition Meadery were in town for a collaboration. Not only did they bring around 700kg of honey, they brought over some smoked chipotle and habanero peppers for the brew. Head Brewer at the time, Kyle, decided to use the skins of the dried chillies, to get all of the flavour, but without too much of the chilli intensity. 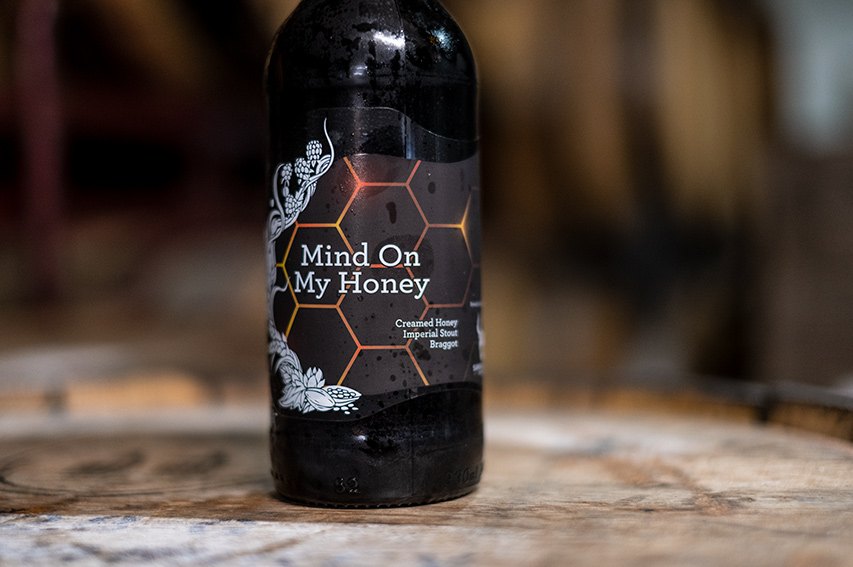 The result of this visit was “Mind On My Honey”, our Creamed Honey Imperial Stout Braggot collaboration, but with a large amount of leftover hearts and seeds from the smoked chillies.

As they were already dried for preservation, the idea was put forward to save them for a chilli sauce.

Lactobacillus fermentation is the best way to ferment a hot sauce, because the Lactobacillus bacteria convert sugars into lactic acid. This is sometimes known as milk acid in cooking, which is found mostly in sour milk products, like yoghurts or cottage cheese. In this instance, it’s a great way to get flavour out of the natural sugars found in those chilli hearts.

Although no-one is entirely sure where the idea came from, the concept that a Calypso wort, before boiling and fermenting with yeast, would be the perfect accelerator for the sauce was mentioned. It contained all the necessary elements.

Our house yeast at the brewery comes in big 5 litre tubs. One of these tubs was cleaned out before the dried chilli was added. That was joined by some roughly chopped fresh chilli, cumin seeds, coriander seeds, onion and garlic. 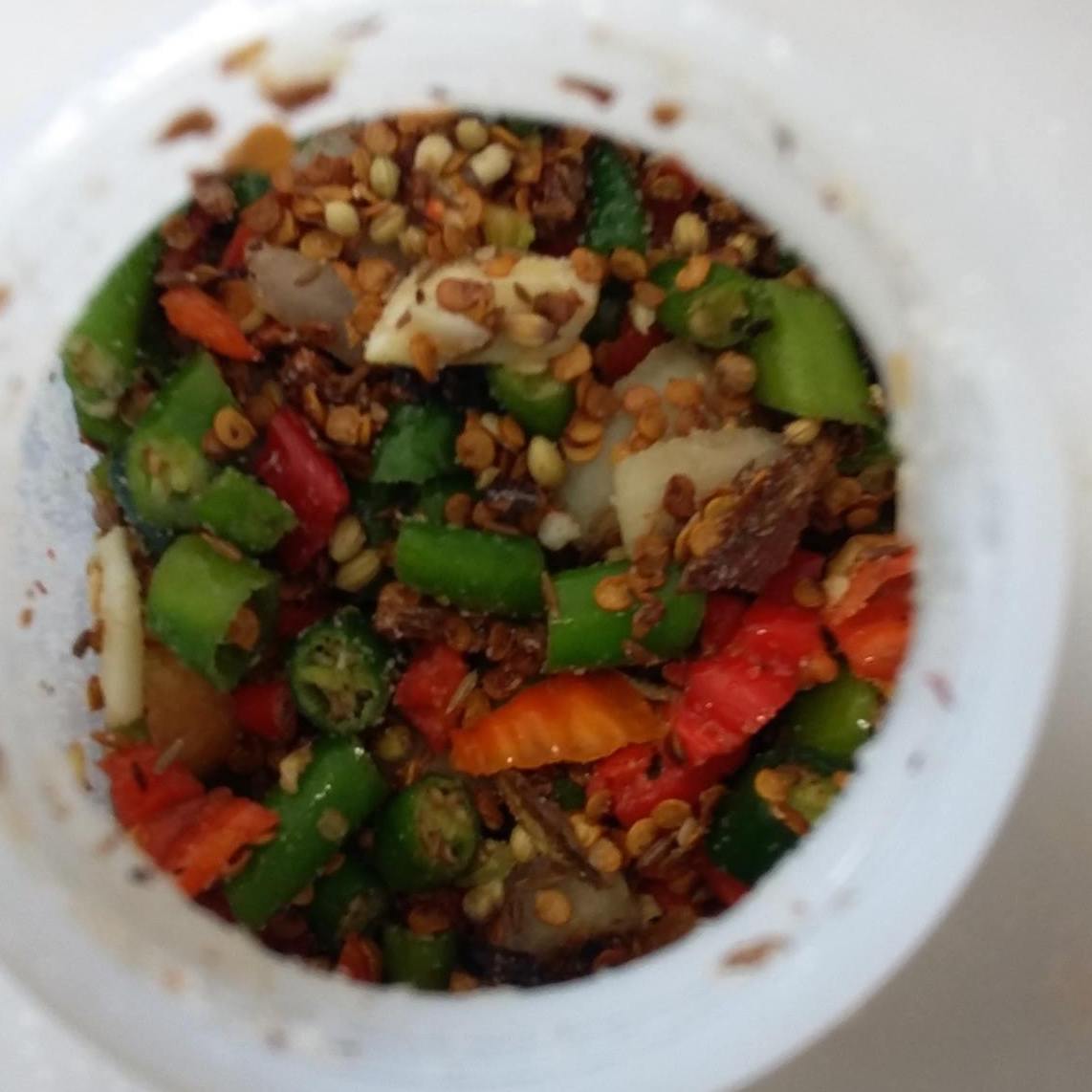 The Calypso wort, with the necessary lactobacillus was added until the tub was filled. With the tub sealed, it was left for around a month or so to naturally ferment at room temperature, venting the C02 build up once a week.

No added sugar was needed, which surprised me, but Kit told me that enough was present in the base ingredients and from the wort. However he did add some salt for balance.

Once fermenting, the mixture changed quite quickly as the reactions took place. The dried chillies rehydrated, allowing for all of that beautiful red colour to saturate the fermenting sauce.

After a month, a number of different vessels, including some old swing top beer bottles, were completely sterilised, ready for filling.

The mixture was passed through a sieve to separate the fermented vegetables from the liquid. The solid elements were then blended, into an intense, aromatic paste, with the liquid then used to temper back the heat of the chilli paste to the required heat.

At this stage the sauce was boiled up for two reasons. One, to reduce it slightly, bringing a slightly thicker consistency and the second to pasteurize. The old beer bottles and other vessels were then filled and voila: Calypso Hot Sauce! 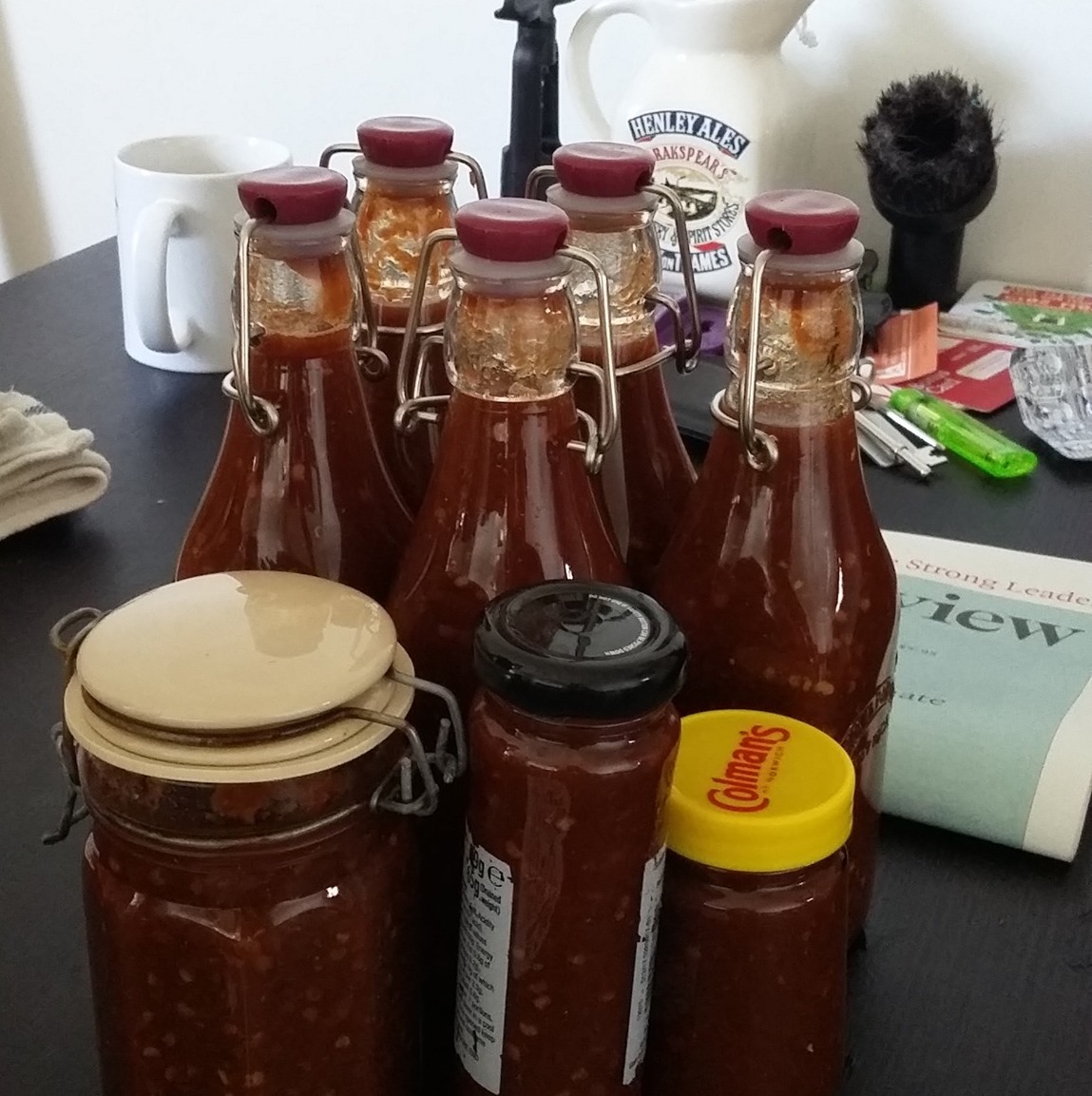 Recycling at its finest...

The sauce itself is really delicious. It has a nice consistency, thin enough to spread around a meal, but not watery. It has deep intense smoked chilli flavours, with a heat that hits the back of the mouth, whilst devouring the tongue with rich smokey flavour.

The bad news is, there’s only 5-litres of it, and sadly it won’t be publicly available. However, it has sparked a bit of a passion in the brew team and they plan to make some more.

Have you ever tried your own beer-based hot sauce? Let us know your favourite Siren recipes and we’ll be more than happy to share them in our recipes section, for all our fellow foodies to try.