Christmas Day is a day for family, friends, eating, comedy re-runs on TV and of course… good booze. We’d love to hear what’s in your fridge this Christmas so to give you some inspiration I thought I’d ask some of the Siren staff what they will be drinking over the Christmas period.

I wanted to know what their go-to beers were, what they would gift to someone else, what are good beers for Christmas morning, Christmas dinner and the evening and finally… hangover tips!

This year my go-to beer will be Tannenzäpfle from Rothaus. All the black forest lovin'. That, and of course, Santo…

As for Christmas morning, I'll be steering clear of the bubbles. If someone could deliver a couple of top-nick pints of ESB, Five Points Best or Sonoma that would probably work a treat. 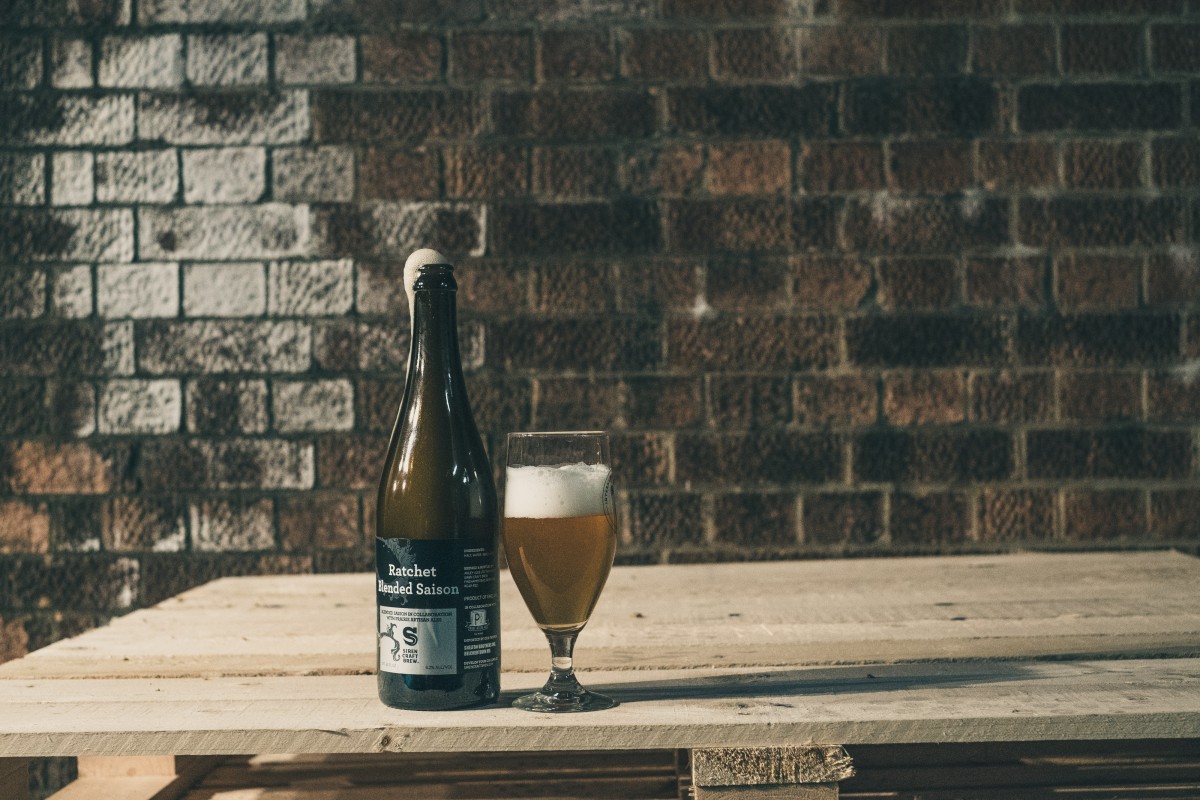 As soon as you run out of Orval it’s on to the Maiden, or any of the silly impy stouts we all save but never open.

If I’m gifting something, then it has to be the gift of Death by Caribbean Chocolate Cake. The amburana wood has been an absolute revelation.

As for a Boxing Day hangover cure, a Bloody Mary with Dom Windle will perk anyone up. It’s always a pub day so, something good on cask… Suspended in Hangovers anyone?

I’ll keep this short but the session beer for me this year has to be Futurist.

Like Andy, I’m going with a Chocolate Cake beer to gift, but I’d say the original version. For many, it will be like nothing they’ve had. 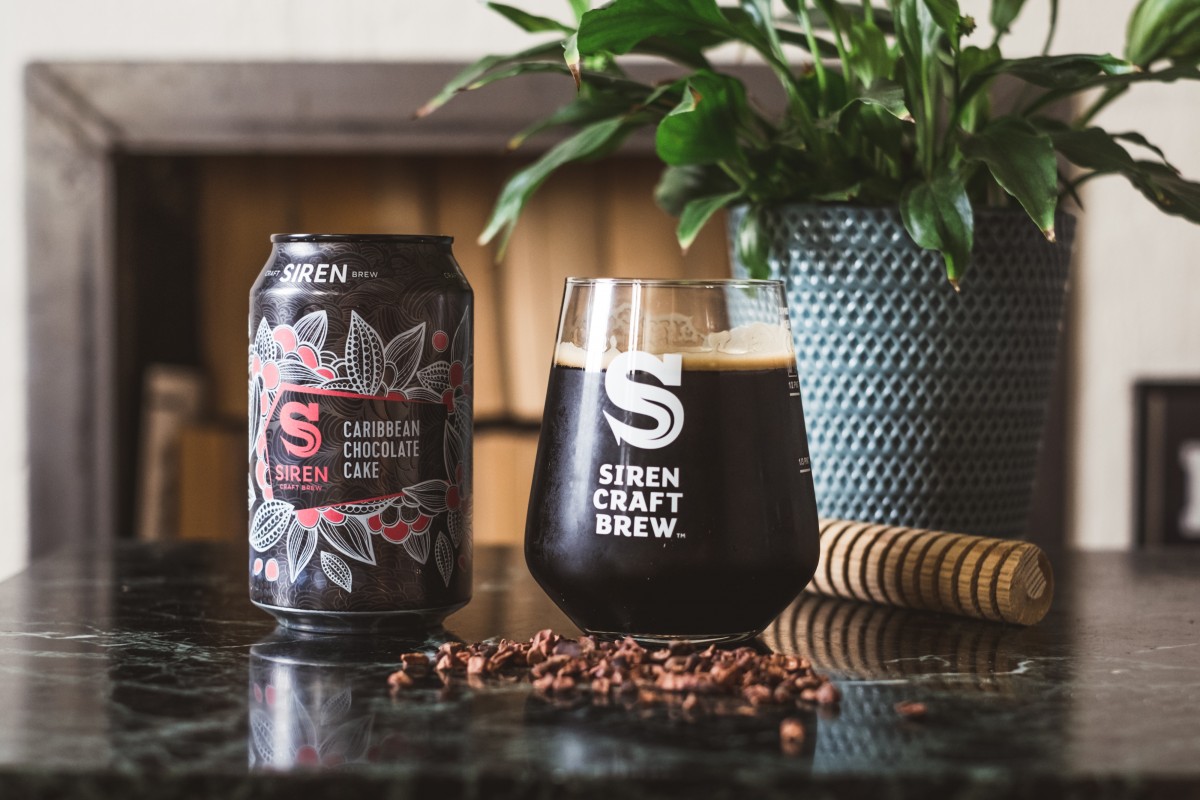 Christmas morning I’ll be on the Girardin Kriek, cherries for the win! I used to brew for Triple fff brewery, and we won the Champion Beer of Britain with Alton’s Pride… it’s usually on the table at our family home at Christmas.

For the evening, it’s back to Belgium with Westvleteren 12 and then after all that, Boxing Day is spent Cycling… and maybe a few gins. 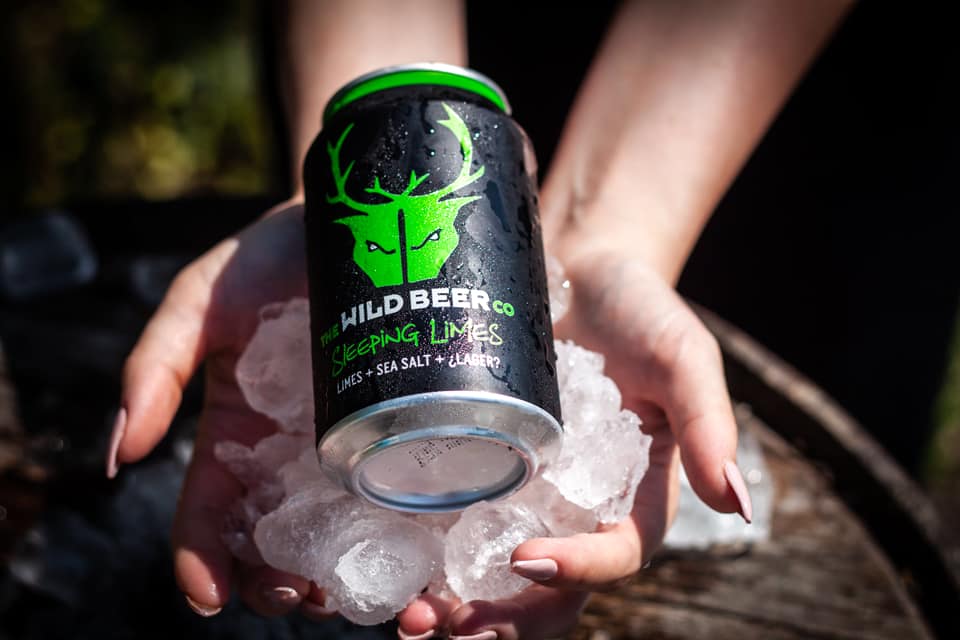 I hate to set a trend here, but I’ll be gifting Death By Caribbean Chocolate Cake. Who doesn’t love Chocolate for Christmas?

For Christmas Morning, I’ll stocked a few Orange Boom’s in the fridge. It’s light, but that orange aspect to it reminds me of Buck’s Fizz. I’ll definitely be on the wine with dinner, most likely a good Red, and then kick back in the evening with something barrel aged. I’m sorry to say that it will be a Siren, easier to obtain! I think I’ll grab some Trubbel and some Odyssey 009. Maybe a couple of Broken Dreams as well.

As for the boxing day hangover… Just don’t drink too much on Christmas day!

So this is more of a wish list, than a go-to, but BOXCAR’s Dark Mild is so good… I want it for Christmas and would happily drink it all day long. For something I could get my hands on, I’ll say something that Lucy (Siren’s Northern Distribution Manager) suggested and say Sonoma by Track - Mosaic is a hellluva hop. 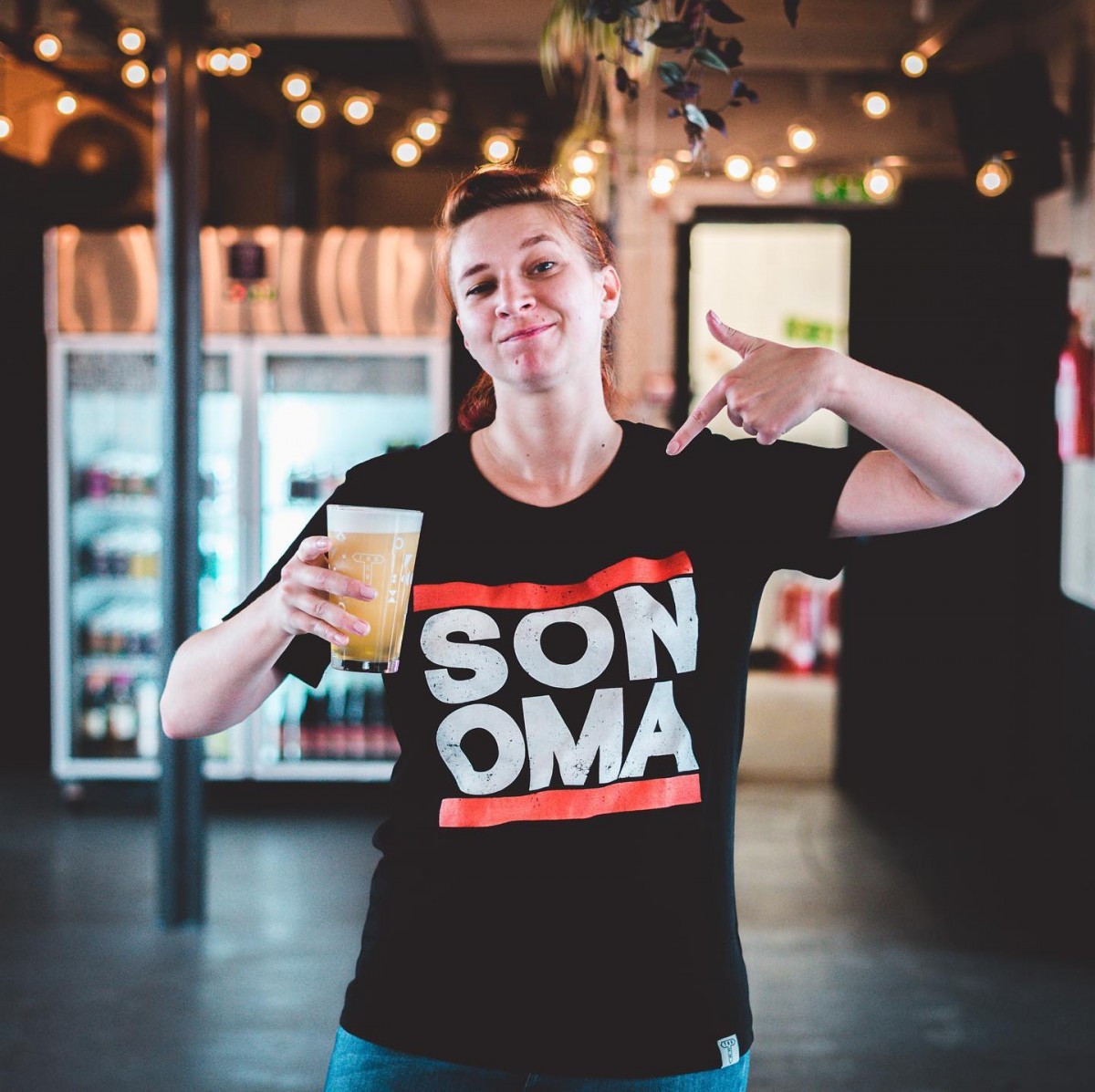 No one else has said Death by Caribbean Chocolate Cake right? I am in fact gifting the set quite extensively this Christmas... to myself and others.

Christmas morning would also be Track with Birthday beer No. 2, Strawberry & Lemon Sour. Or just a strawberry daiquiri. Dinner wise, it's got to be an IPA really, as we all know turkey is a bland pointless meat so you need something with flavour. If I'm drinking Siren we're probably looking at Soundwave, if not - fresh Steady Rolling Man from Deya will make Dom a happy boy.

Christmas evening's are always stout country or in fact now Black IPA territory. Therefore In The Belly Of A Shark is a sexy sexy shark. I drink imperial stout quite rarely now, to be honest, but one will happen on Christmas Day evening. I don't entirely know what it will be, but there is a bottle of Bourbon Milkshake in the cupboard that keeps looking at me...

I’ll admit that I’ve never actually tried it, but Northern Monk's Henderson's Relish Bloody Mary beer seems like it would be perfect for a hangover. Or just forego the beer and have a bloody mary, followed by average beer and below average football at a Great British Pub. 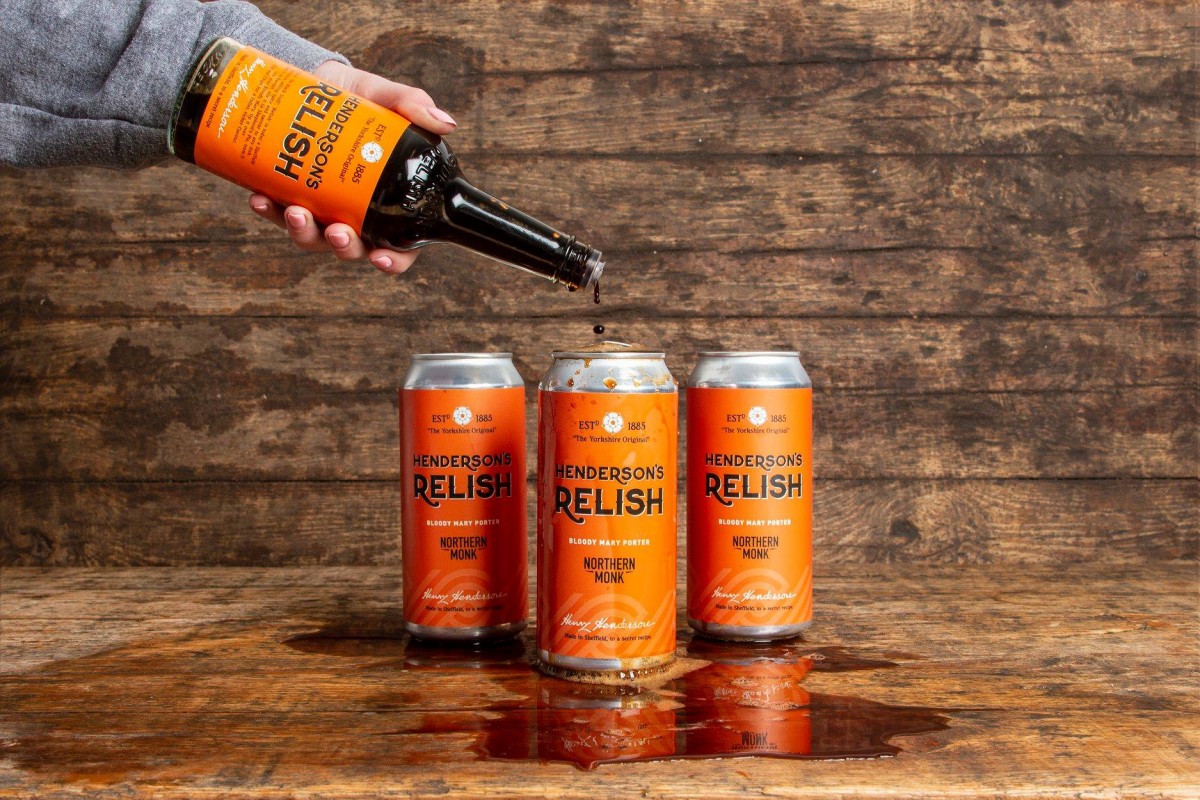 I put in an honestbrew order the other day which included a few Wiper & True Small beer pale ale. It’s not one I’ve had yet, but the 2.7% is calling me. If I had my way, I’d have a fridge full of White Hag’s Little Fawn… after 2 days spent in Ireland drinking almost non-stop nothing but, it’s become quite the favourite. 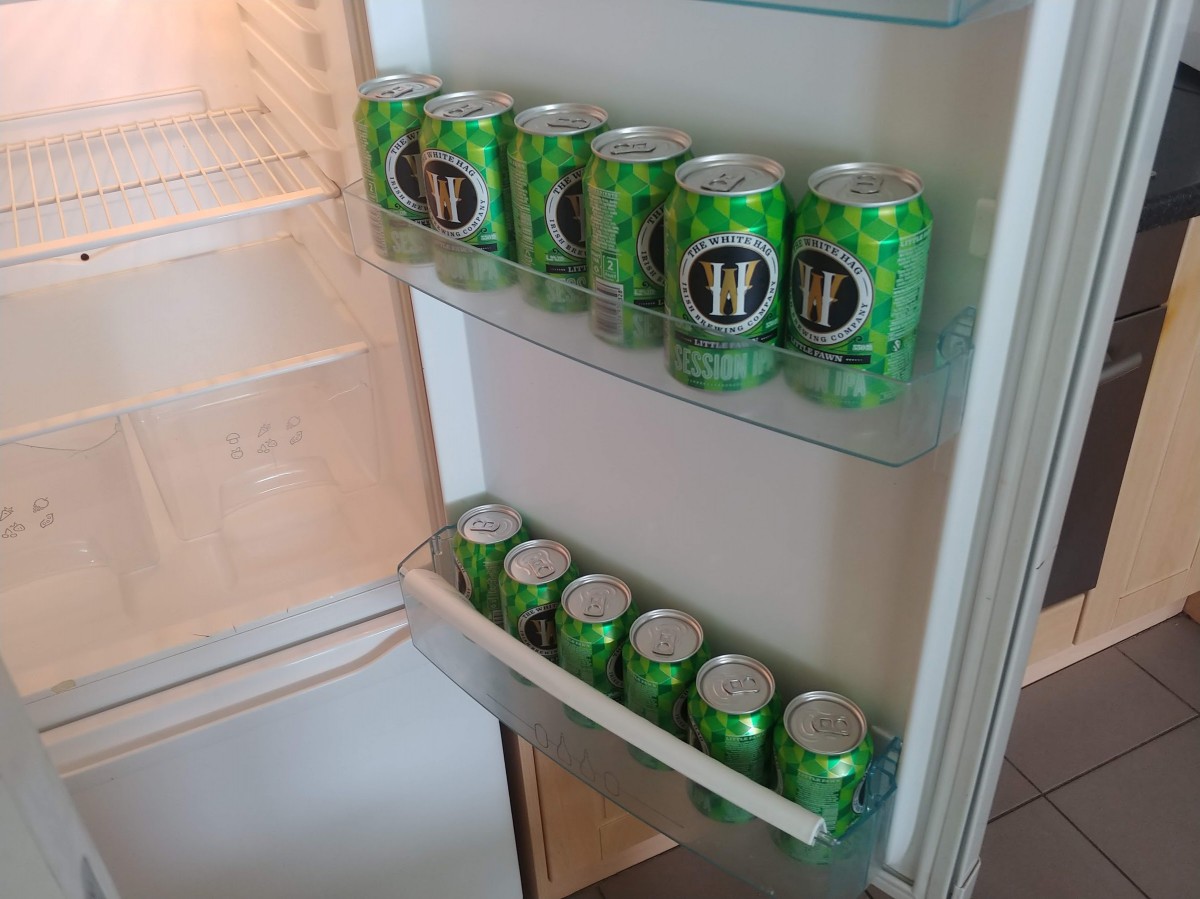 Christmas morning will be at the Mother’s, so it will be all buck’s fizz. If I had to recommend something else, I think it would be a Buckthorn Sour from The Garden Brewery x Piggy Brewing Co; super good.

At dinner, this year I’ve got a bottle of 3 Fonteinen - Oude Gueuze Armand and Gaston, and a white wine barrel aged beer called “Hellshock” from La Calavera in Spain. I love beers aged in white wine barrels and I know those flavours will work so well with Mum’s roast.

So… that’s what some of us will be enjoying over the festive period. Let us know what you’ll be drinking via Twitter or Facebook!