The Craft Beer scene is exactly that, a scene. There are a tonne of breweries out there but it's not about competition, it's about enjoying the product we love with like minded people. In that spirit, we've always loved collaborating with our favourite breweries and I'll bet we always will.

With a celebration of international collaborations, Rainbow Project, just around the corner and a beer we can't yet reveal, we wanted to tell you about 3 other brews, 2 of which will be pouring first at the Rainbow Project launch party on the 25th August. 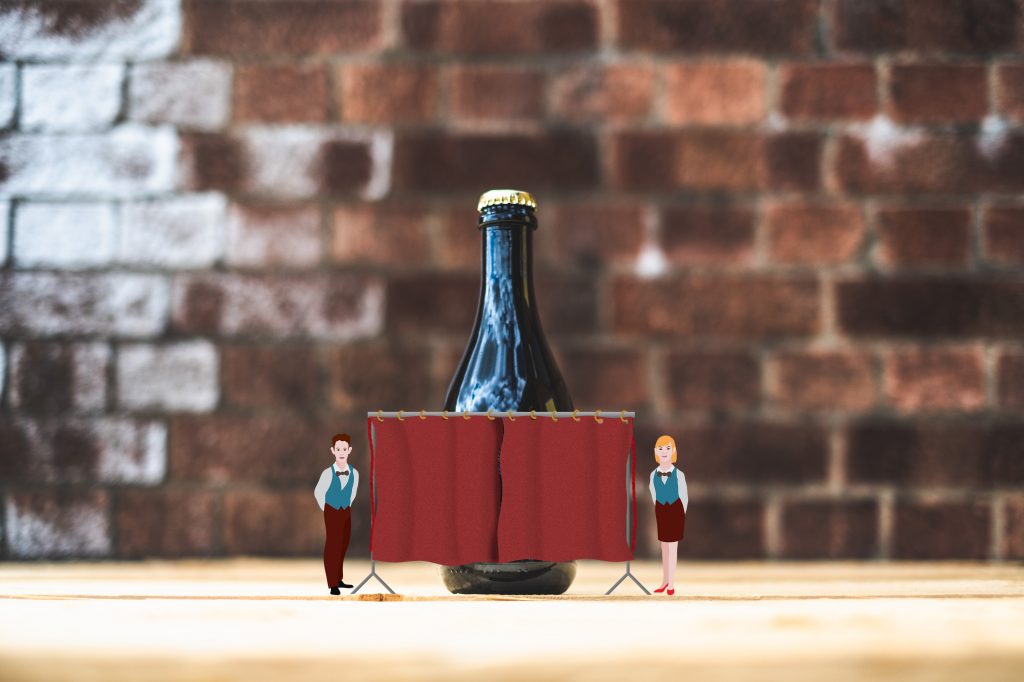 Much Ado About Muffin 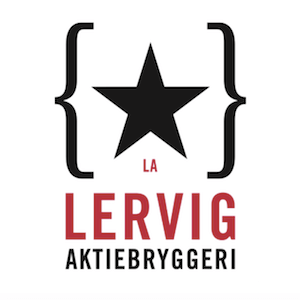 The craft beer revolution is growing fast in Norway and one brewery leading that charge is the mighty Lervig. With beers like Lucky Jack (and the grapefruit version), Hoppy Joe and staff favourite 3 Bean Stout already proving popular on these shores they are a brewery who will only go from strength to strength. As we hadn't brewed with these guys before, we couldn't wait to have them over. With Lervig in town we were always going to brew something a bit different and a bit indulgent. Mike had the idea to make a sweet, blueberry forward beer and so we settled on a Blueberry Muffin Pale.To achieve this, we accentuated the flavours with a big hit of vanilla, and balanced that out with some coriander and some fruity hops. You can expect to find a balanced blueberry aroma with a hint of those awesome hops coming through. As the sun was shining in Finchampstead, and not only Mike from Lervig was over, but our old brewer, Felix, had come to say hi we decided to have a big BBQ. James cooked up a load of slowed BBQ lamb leg, which we had with some home made hummus and couscous. 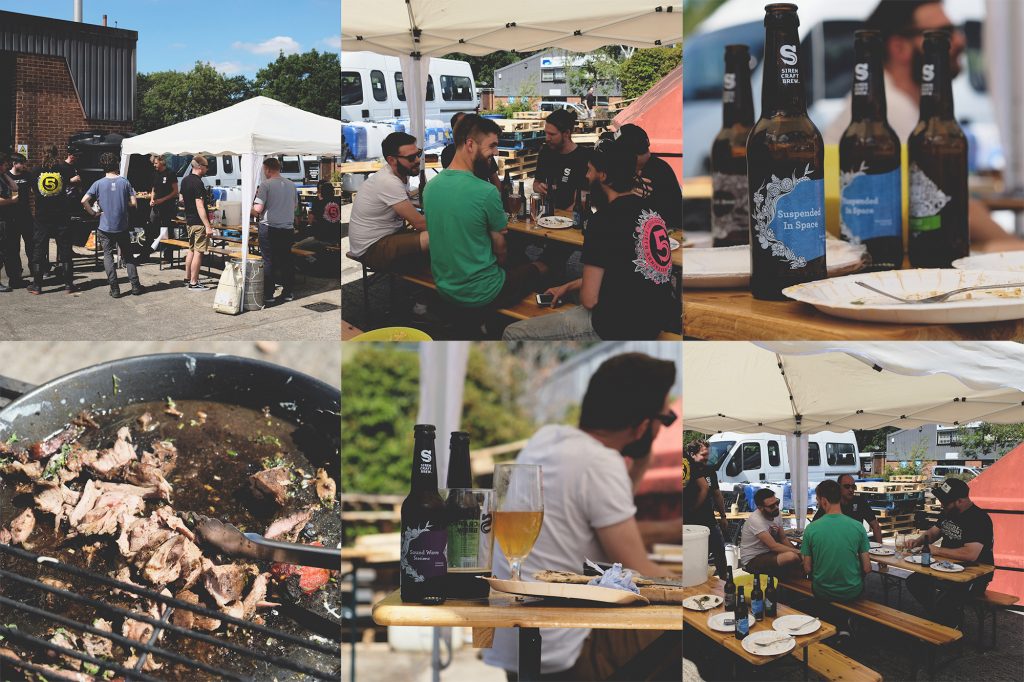 A great day was had by all catching up with old friends, making new friends and making our way through a selection of Siren beers. From a beautiful afternoon, will come a beautiful beer that's destined to span the oceans and delight craft beer fans from all over the globe. Much Ado About Muffin with pour first at the International Rainbow Project launch party on Saturday 25th August. It will be available online from Tuesday 27th August on the online shop!.

Ok, so talking about spanning the globe, it doesn't get much further than New Zealand. It's not the first time we've worked with a brewery from down under and hopefully it won't be the last. You may remember our 2016 Rainbow Project brew with Garage Project, Blacklight Banana, which has been in barrels since and comes back out for this year's festival! We're big fans of 8 Wired, particularly their sours (Cucumber Hippy is so good) and their Flat White, coffee milk stout is banging. You don't brew with someone coming more than 18,000 miles without making it something special. With that in mind we settled on the idea of a Table Saison, accentuated with herbs aged on wood. We used a French Saison Yeast, some Rye and Wheat along with Rosemary and Thyme, which were the wood-aged herbs. In the final product, those oak and cedar aged herbs come through very delicately, helping along the floral, slightly phenolic, lemony and almost savoury wood nature of the saison. It has a clean and dry mouthfeel that makes the whole experience really pleasant. 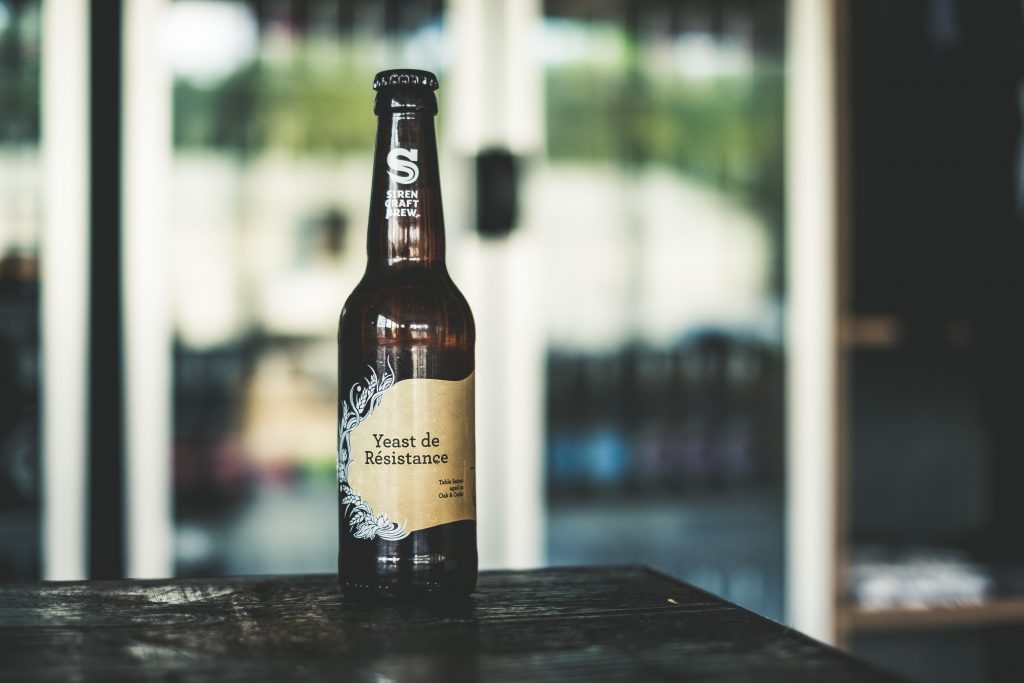 As far as the name goes, the mixed culture French Saison yeast was really difficult to source and took several attempts to get a hold of. Once acquired, it needed some love and care to attenuate the way we wanted. It ended up taking longer than expected, but definitely hit the mark in the end. Masterpieces take work! The French phrase "Pièce de Résistance" essentially means masterpiece, combine that with the yeast based hassles and our love for a pun and Yeast de Résistance was born. This brew is complex, but a wonderfully drinkable table saison. Hopefully you can sit back, relax and think of the rolling fields of France as you enjoy this perfect late Summer/Autumn tipple. Yeast de Résistance is available to buy now! 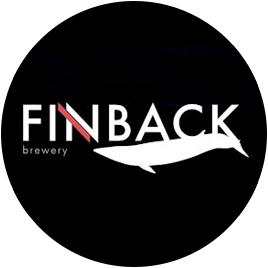 6.8% IPA in collaboration with Finback

Finback were in town for London Craft Beer Fest and we didn't want to miss the opportunity to brew with them. Hailing from New York, they make great IPAs and we wanted to make a crowd pleaser with them. For this one, there were no kettle hops but we added Mosaic Cryo, Simcoe Cryo and Mosaic T90 at the whirlpool stage. We then liberally dry hopped with More Simcoe Cryo, Mosaic, Citra and Amarillo. We'll give you a minute to re-read that and drool over the juiciness of that line-up. Yes folks, this one is going to be a hop-head's dream. This beer is called "Low Side" for very good reason. A Low Side is a type of motorbike crash in which either front of back tyre slides out. Sadly, one of our drivers, Scott, had a bike accident the other day. We might not know much about bikes but Scott loves them. We all love it when he turns up to work on a Harley because that noise is awesome. Scott was one of the biggest fans of the World Cup, purely because it meant less traffic on the roads! This is our little nod to Scott, his love for bikes and our wish for a speedy recovery. The only thing bigger than Scott is his character and we'll miss him here at Siren whilst he's off. Here he is (sorry it's not a great photo!) when I went out on a day out in the van with him. 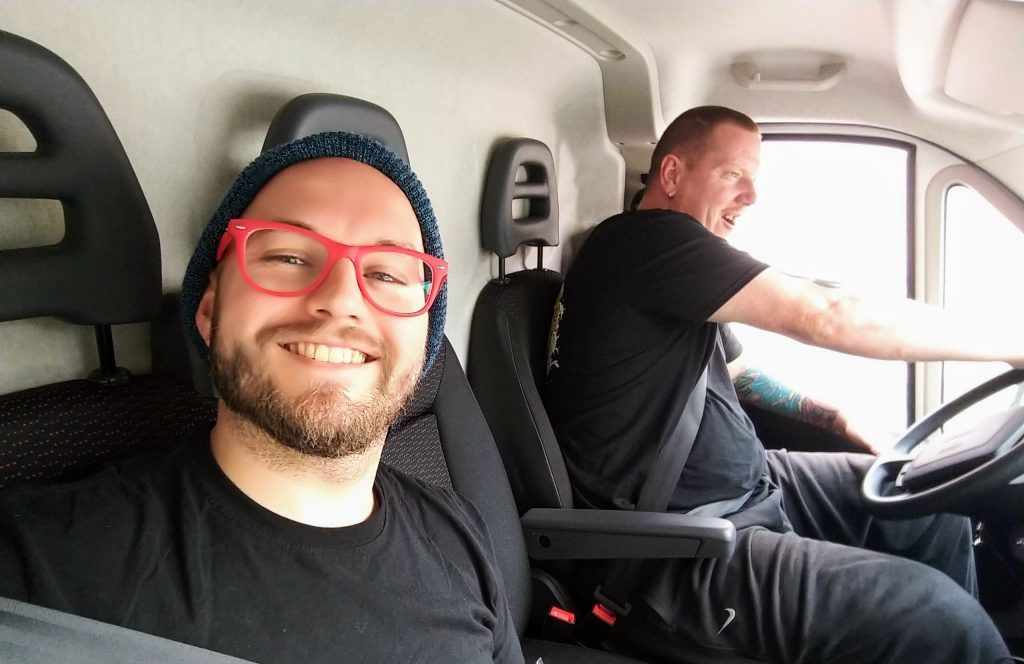 This one is still in the tank but it's going to be dank, juicy as hell, citrusy and tropical. It's debut pour will be at Rainbow Project, along with the Lervig brew and on Monday 27th it will be available to bars, pubs, bottle shops and you people at home!

Whilst we're on the subject of collabs from around the world, Rainbow Project, a celebration of collaborations between UK and US breweries takes place here at Siren for the last time on August 25th. 7 UK breweries, Magic Rock, Partizan, Beavertown, Hawkshead, Wild Beer, Burning Sky and your very own Siren have matched with 7 US breweries, Casita Cervecería, New Belgium, Jester King, Modern Times, Sante Adairus, Side Project and Floyds. Each pairing was assigned a colour from the rainbow and has had a year to work on barrel aged brews related to it. The beers are kept (mostly) secret until the release date. We can't wait for you guys to try ours, and we can't wait to try the other 6! 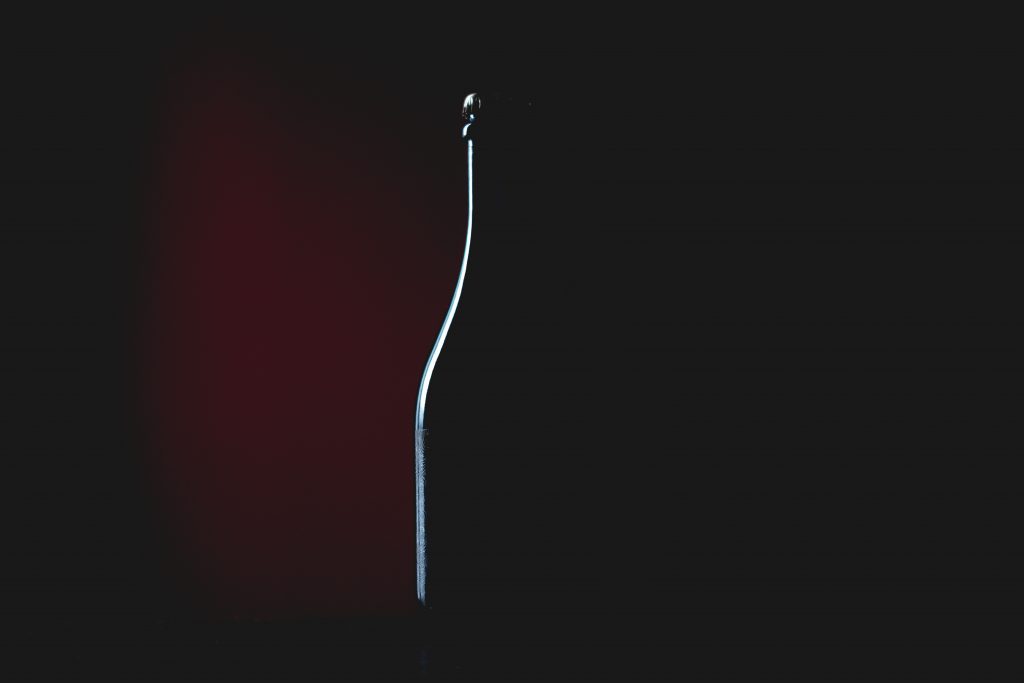 Not only do we have those 7 beers for the launch, but guest beers from all the other UK breweries involved and a host of great Siren beers. Head over to our Rainbow Project page for more info, tickets and travel details. 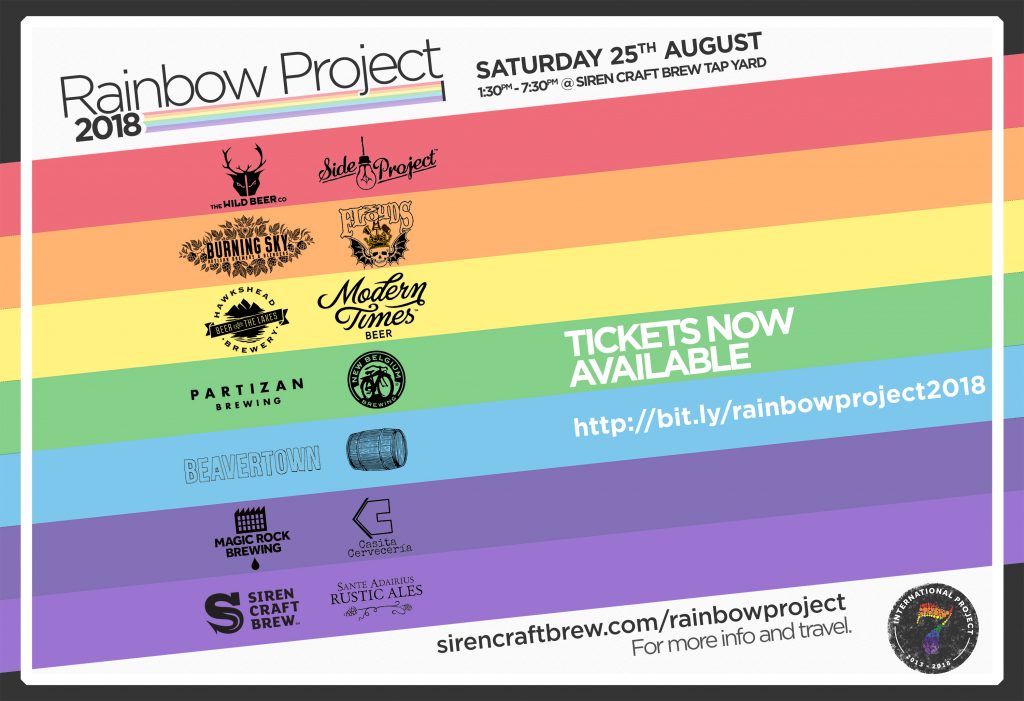 As for the future of collabing, look out for something special with Slim Pickens and Civil Society in the near future! Click here to get your tickets now! Ticket price includes a glass and beer tokens to the value of £10!