We're very excited to announce that the Rainbow Project will be returning for 2016, and this time we're heading to New Zealand! Following the unprecedented success of the 2015 project, we'd like to thank everyone involved, particularly the USA breweries who helped create some amazing new beers. But its onwards and upwards, and this year the project will introduce seven breweries from New Zealand who you may or may not have heard of before. From the UK this time out we are joined by Beavertown, Burning Sky (making their Rainbow Project debut), Hawkshead, Partizan and Wild Beer Co. Our New Zealand counterparts are the superb: 8 Wired, Fork & Brewer, Garage Project, Liberty Brewing, Panhead, ParrotDog and Yeastie Boys. We made the draw this week and announced the new project, new breweries and new pairings for the first time on #CraftBeerHour - the organised Twitter chat specifically for craft beer fans every Tuesday evening. Here are the pairings for 2016: 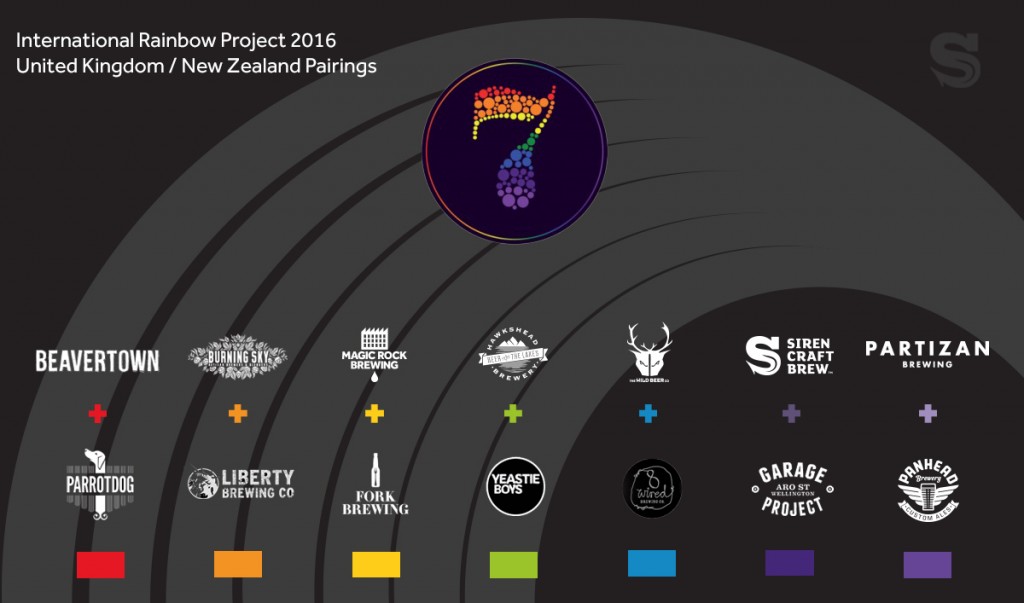 For now it's down to the breweries involved to start researching and planning in preparation for next year. We're targeting a September release date again, but please do stay tuned for more updates throughout the year. 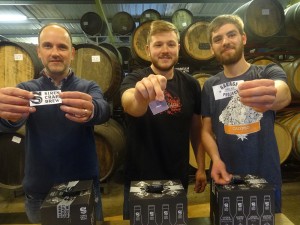 Cheers from the Siren team!