We have some big news to announce today, as it is with great pleasure that we welcome Sean Knight as our new Head Brewer! 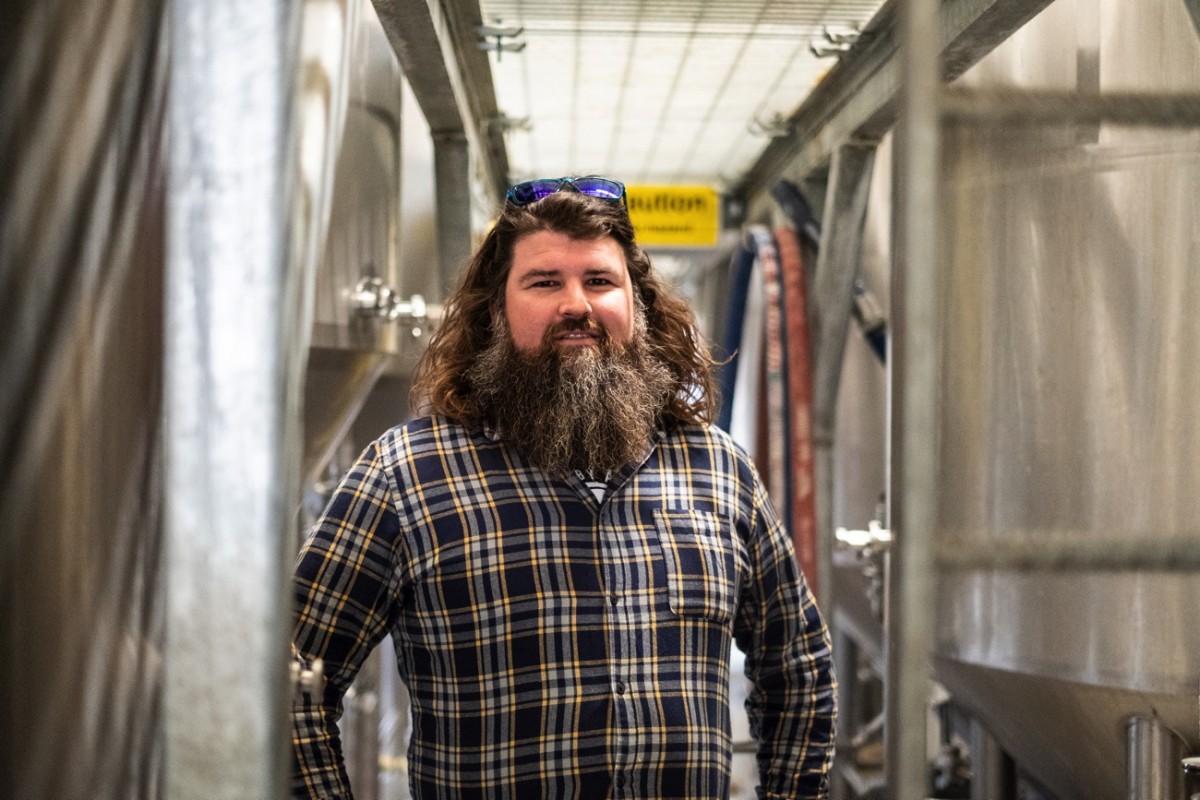 Sean comes with enviable experience and knowledge in beer, working previously for the likes of Sambrook’s and Fourpure in lead roles. He’ll oversee our growing team as we expand with tank space, improved lab facilities, and of course that small matter of a top-end canning line. He’s very highly regarded in the industry and will be an exceptional asset to Siren.

Sean will be conducting some very important “research” in the Tap Yard over the coming weeks, so please feel free to have grab him for a beer and a chat. In the meantime, scroll down for a Q&A with the man himself! 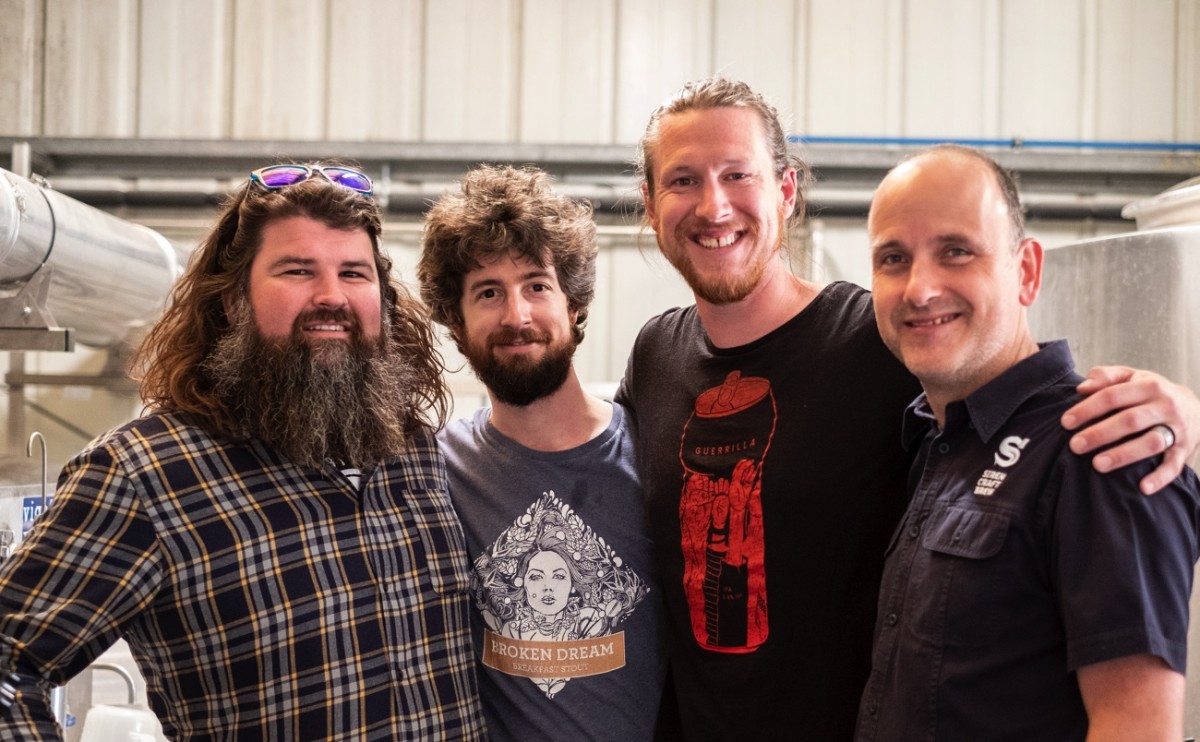 Now, as many of you will know, Sean has some very large brewer's boots to fill. That’s because we now have to say goodbye to Kyle Larsen, after three groundbreaking years with Siren.

Excitingly, Kyle is now starting his own brewery with his wife Kacie called Kings & Daughters. The stars aligned and we managed to time a brew day with them on Sean’s first day at Siren, so look out for a very special collaboration coming soon.

Kyle joined us from Double Mountain Brewery back in 2016. Our second brewhouse was in its infancy, our new Unit 18 base was just an idea and our Tap Yard was still a pipe dream.

Due to visa restrictions and Kyle’s long term ambitions, it was always going to be a three-year project. Luckily for us, he embraced the challenge with open arms, exceptional care and a healthy sense of humour. His legacy lives on with our hugely talented brew team, who all benefited greatly from his mentoring, in addition to a portfolio of beers that continue to be enjoyed week-in, week-out - including the likes of the Suspended Series, Futurist and Santo, to name just a few.

Perhaps the most tangible showcase of his work comes in the form of the Supreme Champion Beer of Britain award for Broken Dream in 2018. A great example of Kyle working with the foundations of Siren and expertly stewarding us forward, brewing beers with distinction and consistency.

He leaves the brewery, its processes, its team and its recipes in a hugely improved position from where he found them. We’re all extremely grateful for the contributions he’s made and wish him and his family all the very best in their onward ventures. 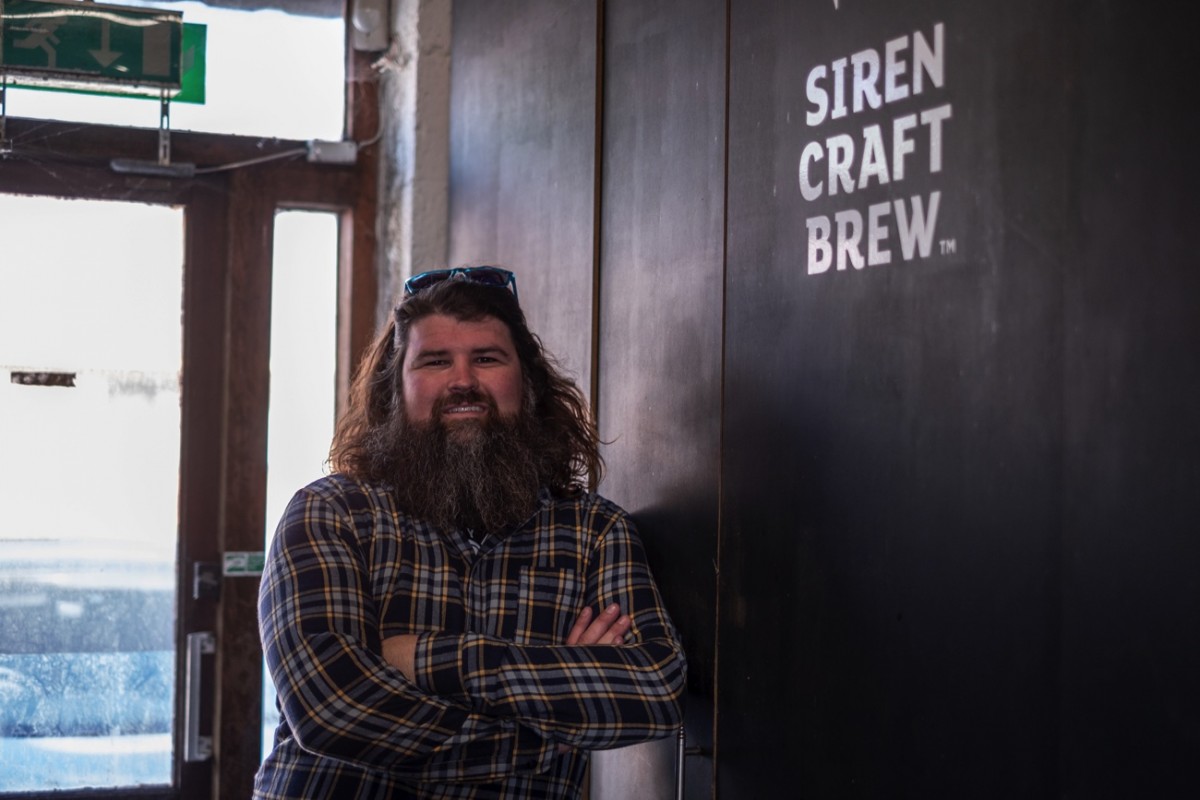 How did you get into Brewing?

Sean: It was kind of by mistake! I was going to get into the oil industry because I come from a chemical engineering background. I moved over to the UK and helped out in a brewery for a week and straight away I knew this was what I wanted to do. Since then I’ve done my IBD (Institute of Brewing and Distilling) Diploma and learned a lot.

Sean: It has to be Broken Dream. We drank it on cask when I was at Sambrooks and it’s just so smooth and enjoyable. I loved that Siren launched with a core range with a nice little twist on everything… like Undercurrent was the first time I saw an oatmeal pale ale, and Broken Dream as a breakfast stout was great.

What is a signature Sean Knight brew?

Imperial stouts. Siren fans can definite expect to see some big stouts coming. I love IPAs etc, but when I have the opportunity to brew them, I love big imperial stouts.

What would you dream collaboration be?

I’ve already brewed with them, but I’d love to brew with Heretic Brewery from California again to pick up where we left off. I know Jamal fairly well and we brewed something really interesting so that would be fun to pick back up!

There’s a South African brewery called Aegir Project (Not to be confused with Ægir Bryggeri from Norway), run by a friend of mine. He’s probably the best brewer in Cape Town, so I’d love to brew with him.

Who are you favourite UK breweries?

I’ve really got into Verdant recently. I like what Track do, Fyne Ales in Scotland, they make incredibly good beer… those to name a just a few!

What are you ambitions and focusses for the rest of the year?

Initially I just want to get used to the brew house and help the team out getting every thing up and running, like getting cans out the door. Then it’s onto start making some great beer!

What do you make of the Siren Barrel Store?

I really want to help Steve out on that, I’m really interested in blending and creating interesting beer. I see barrels and wood as the 5th ingredient.

Where can people talk to you?

Come find me in the Tap Yard! I’ll be in there and I’d love to chat to people. The social side of brewing is really important to me and I love meeting people. A lot about brewing is telling stories - what inspires us to make beer, so I want to get those stories across. A big thing I’m involved in is education within the industry, so I sit on the IBD Southern section committee, which helps young brewers network. But I also want home brewers to be able to ask questions and learn about recipes etc.