Collaboration has always been an important part of the way we do things. Whether it’s through projects like the International Rainbow Project or Project Barista, or just one off visits to, or from, a favourite brewery. Collaborating is in our foundation.

Our collaborations have stretched far and wide. In 2013 our then Head Brewer, Ryan Witter-Merithew came up with the idea to gather 7 UK breweries to each brew an IPA, loosely themed around each colour of the rainbow. The launch was held in London, and craft beer fans travelled from all over the country to find out what all the fuss was about. They weren’t disappointed, as each brewery made the most of the opportunity to experiment with ideas, recipes and brewing techniques.

Moving the Rainbow Project forward, it became an international collaboration, with UK breweries paired with others from the likes of Denmark, Spain, Sweden, Norway, Denmark, Italy and the Netherlands. Launch venues then spanned across the country and indeed, Europe.

Going one step further, the project then spread to the United States, with the 7 UK breweries now teaming up with our American friends.

Nowadays, with projects like Project Barista we’re collaborating with different coffee roasters to learn more about the humble bean and how to get the most out of it. And who remembers “Thousands Things IPA”, a collaboration with TATE, which gave us an incredible chance to learn more about Art, and for a new audience of Van Gogh fans to discover beautiful beer. 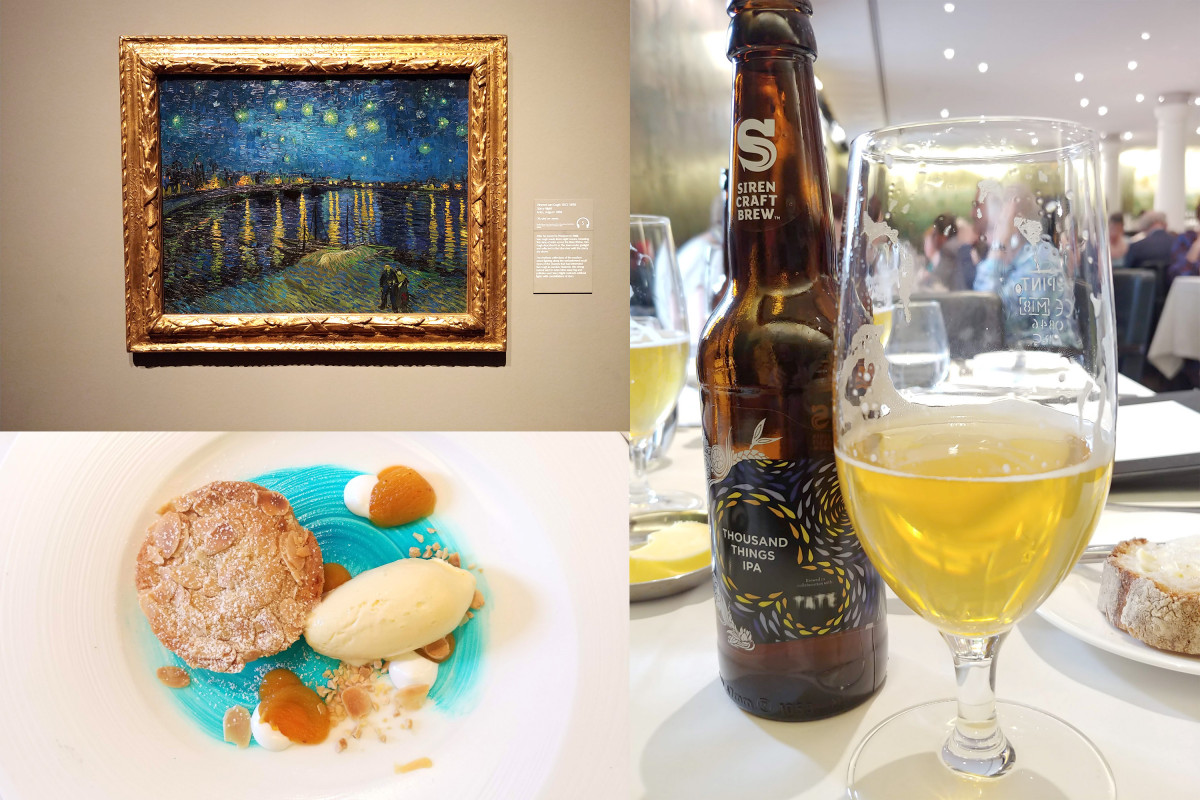 Van Gogh exhibition at the TATE, with themed menu and our collaboration beer.

Big things can come from collaborations; don’t forget that Caribbean Chocolate Cake was born from a collaboration with Cigar City.

Working with outside influences is a great way to keep learning and to experiment. At the end of the day, it’s all about the beer and we make it better.

But what if a collaboration can help to make the world better?

We were delighted to be contacted by Brewgooder for a collaboration as part of their Wavemaker series. Every can and pint of Brewgooder’s beer enjoyed, unlocks 100 times its volume in clean drinking water for projects based in 22 countries worldwide. This is all through their trusted impact partner charity: water. 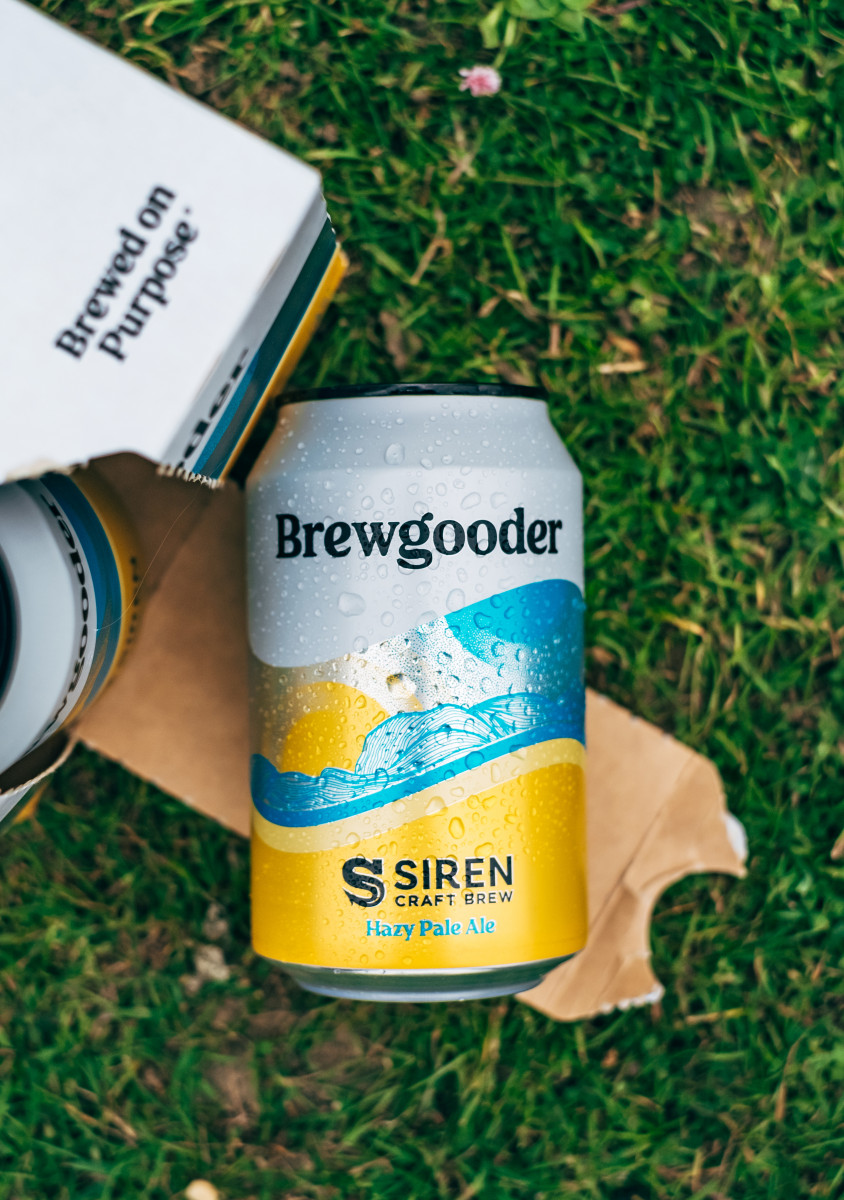 The Brewgooder Foundation has been active since 2016 and has helped to fund the completion of over 160 people and community projects around the world across a number of vital areas. Collectively these projects have helped to positively impact the lives of over 160,000 people, all through the power of beer. Twin Sun will help to continue this important work.

Our mission for this brew, both in beer and design, was ‘sunshine in a can’. We were keen to bring some Siren personality into the design, and chose a section from the Lumina canvas to bring it to life. 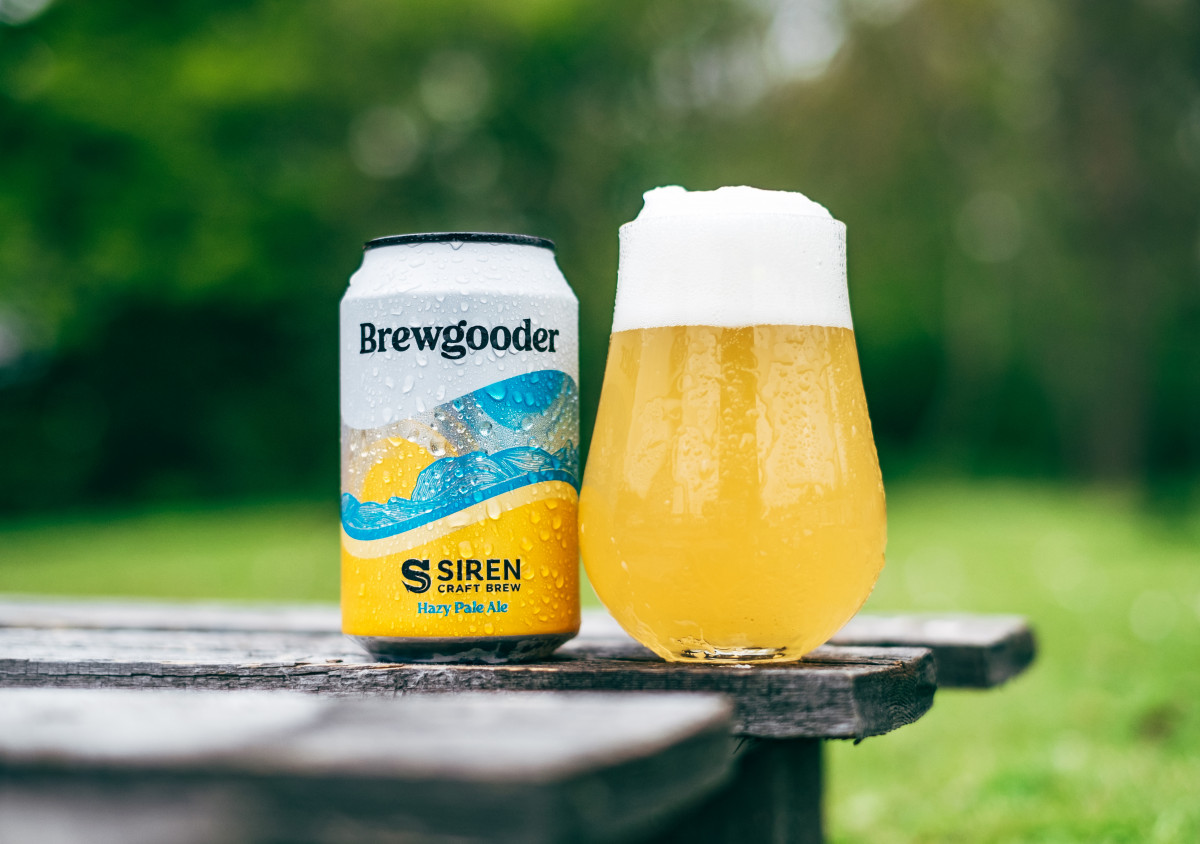 As the artwork began to take shape, the name ‘Twin Sun’ came to mind, for obvious reasons! This also happens to be the name of our good friend’s production duo. Of course, we got their blessing and look forward to working on some launch events together later in the year.

Check them out here: https://open.spotify.com/artist/78c66d0gW461cKRXe8Jmnc?si=hPz5gSMNQHKh8sNtWA7tJQ

And so the beer itself! Twin Sun is a sessionable 4.1%, juicy hazy pale headlined by Simcoe hops that bring tropical fruits and a soft piney bitterness. Our house yeast (look out for more on that soon!) adds apricot and peach notes to make this beer seriously crushable on sunny days. 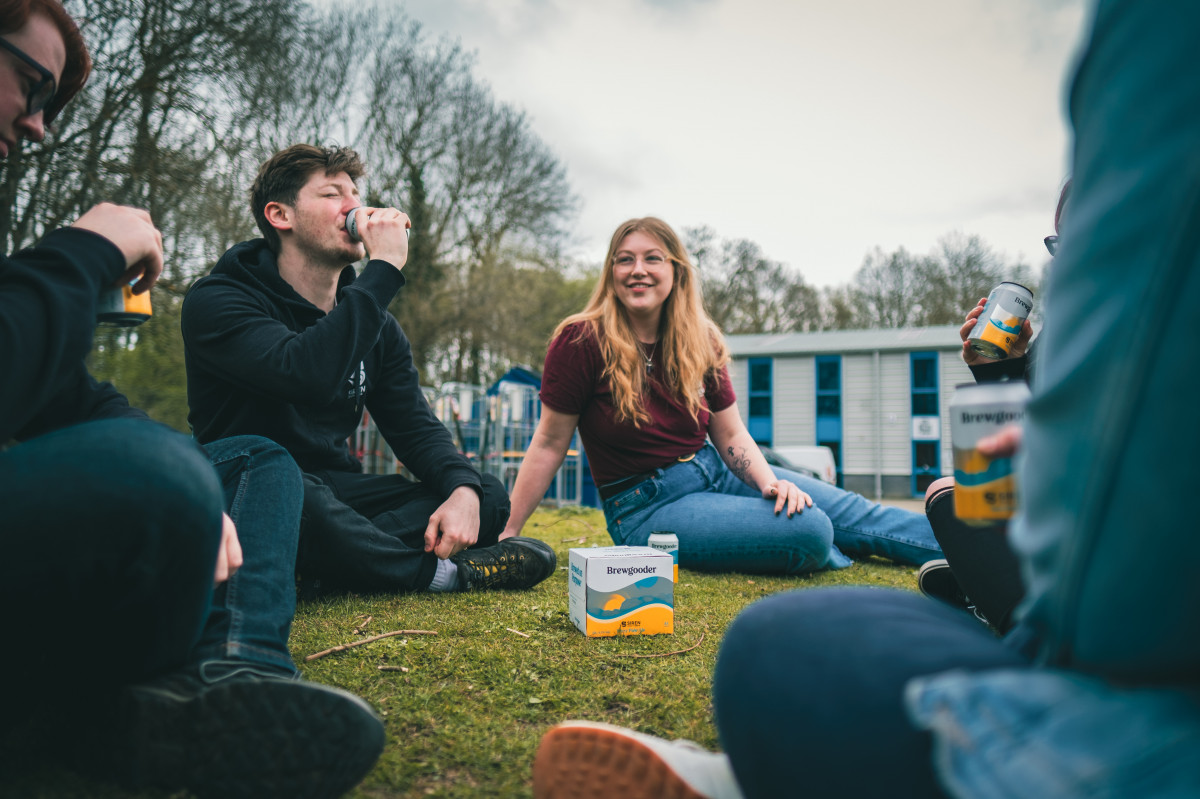 We started this blog talking about the importance of collaboration. Over time, collaborating has helped bring people together, over beer, to learn, grow and create new ventures. We’re delighted that this latest collaboration will not only be available in Co-op stores nationwide, bringing more people together over our beer, but also helping to create a better world for those that most need it.