Thursday 6th August is National IPA day, and for us that’s cause for celebration. The humble India Pale Ale, so named for the Ales of old, loaded with hops to survive the long journey to India is now the stalwart of craft beer.

We all love them, and they’re most people’s main ‘go-to’ beer, and indeed the style that has shaped the scene as we know it.

Our experimentation with IPAs, with the likes of Limoncello and The Tickle Monster, certainly helped us begin to build a reputation in the early days of the brewery. Although these days it might not be the style we’re best known for, we haven’t slowed down in our attempts to brew the most exciting IPAs we can. In fact, we currently have 10 IPAs available, and each one is a different take on the style! So let’s dive in and take a look at some of these in more detail.

Throughout lockdown, we have seen the scene’s love for IPA, and for us, Soundwave in particular. It’s a beer that’s been at the forefront of our output for years and one that’s probably most associated with our brand. It’s a true Flagship. Throughout lockdown, we’ve seen so many people fall back in love with the classics and turn to Soundwave as their fridge-filler. In fact, it outsold any other beer on our webshop by more than double before 4.2% Lumina Session IPA came along! It will be interesting to see how those two beers battle it out going forward. Naturally we love both! 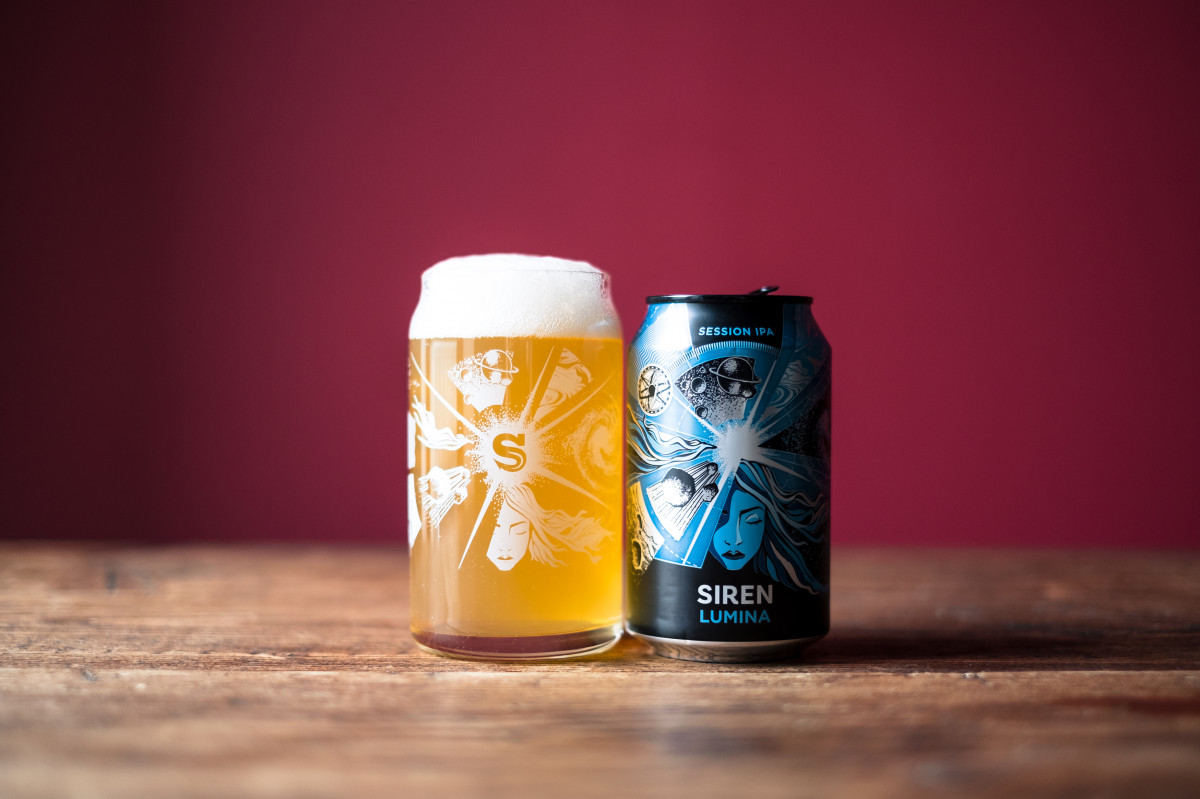 These are just 2 of the 10 different IPAs we currently have available, and that’s why we love the style. Whilst there are some established ‘rules’ and ‘boundaries’, it can still be entirely open to interpretation and experiment.

One of our favourite takes is a Black IPA, an oxymoron in itself; how do you have a Black Pale Ale? But for those who tried our last BIPA, In The Belly Of A Shark, despite its jet black appearance, close your eyes and you’re drinking a pale fruity number. Even with 10 different styles currently available, we don’t have a BIPA… but fear not, there is one just around the corner. 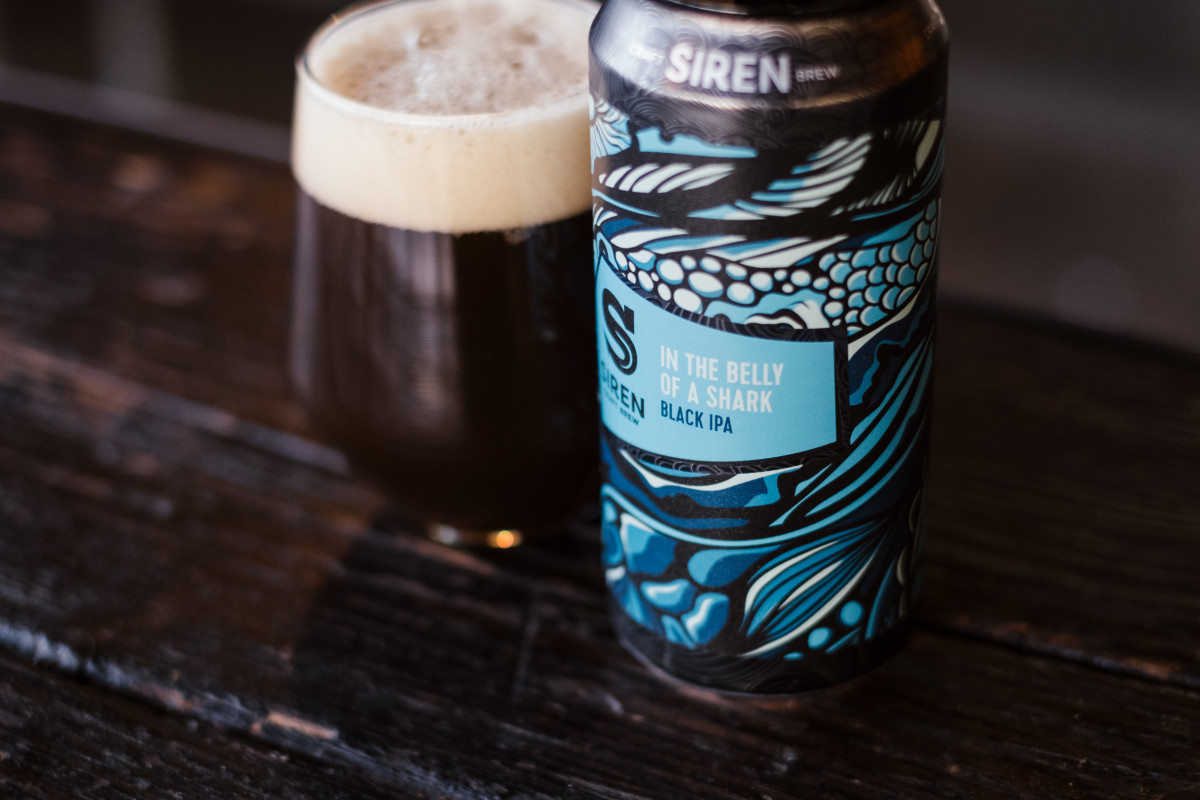 Nowadays, the scene’s go-to IPA style seems to be the East Coast leaning, New England style hazy hop bombs. These beers are known for their juicy character and often almost orange juice appearance. Chloride heavy water profiles, intriguing malt bills and masses of hops lead to soft mouth feels and massive tropical flavours. From the current 10, we have 2 that fit the bill: 6% IPA, The Perfect Crime and 8% DIPA, Oats on Oats on Oats. 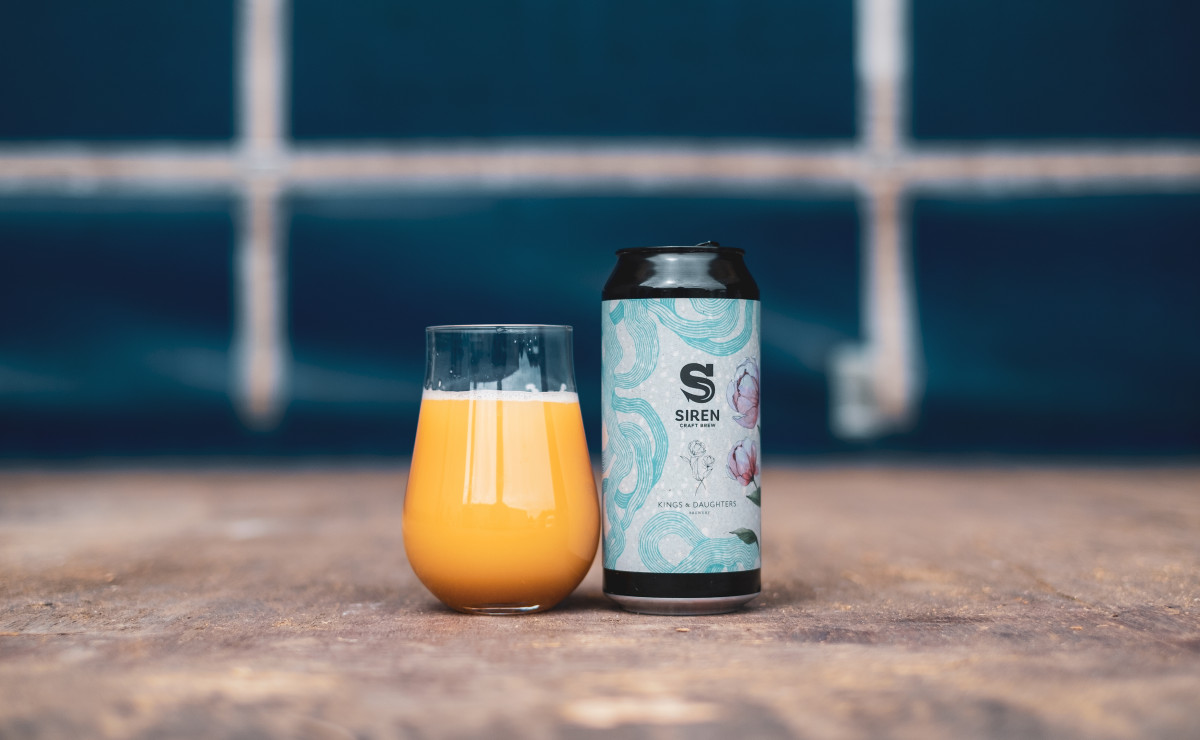 The latter is a follow up to our collab with former head brewer Kyle’s new brewery, Kings & Daughters. This time ramped up to Double IPA status, it’s big, it’s juicy and it has to be seen to be believed! Part of our series of ‘Tasty IPAs’, The Perfect Crime is our first outing using “Incognito” hops. This is a new concentrated liquid hop format, which when used in the whirlpool really pushes hop character. We consider it to be a bit of a house-style now, a little more bitterness than you’d expect from a true NEIPA, but certainly a profile we love.

And then we come on to the sours. Sour beer can be an acquired taste, but once acquired can swiftly become a firm favourite. The two we currently have available are 6% Juicy Grapefruit Sour IPA, Pompelmocello, and 6.2% Juicy Lemon Sour IPA, Castilian Lemon Honey Cheesecake. Both beers combine sharp sour notes, with classic IPA appeal to create complex and pleasing notes that dance on the tongue. The IPA element is bringing hoppy bitterness to play with, and against, the zest. Pompelmocello is a key part of our output and almost always available. Make sure to look out for it in Morrisons. Castilian is a returning beer, this time with added honey for a luxuriously delicate layer of sweetness, balancing perfectly with the sharp lemon, citrussy hops and just a touch of sea salt. 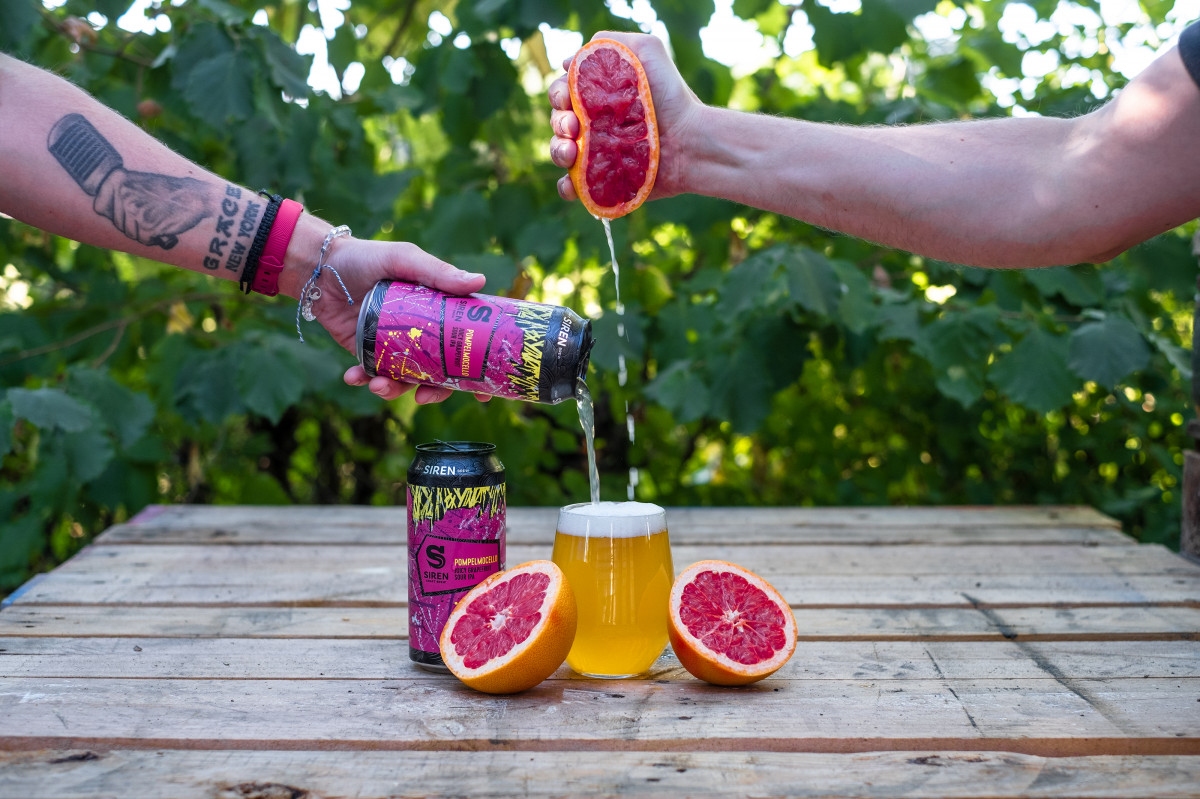 Another returning beer is our 2.8% Micro IPA, Half Mast. Strangely, trends recently have been for beers both increasing in ABV and at the same time for low and no alcohol, as flavours and potentials are pushed. I’m sure we all remember the days of a 5% continental lager being considered ‘strong’. Well, sometimes you need to pull it back a bit, and Half Mast does just that. At just 2.8% it’s a great summer beer, refreshing and reliable. Don’t let it’s low ABV fool you though, this beer still packs a great punch of classic IPA fruit flavours. 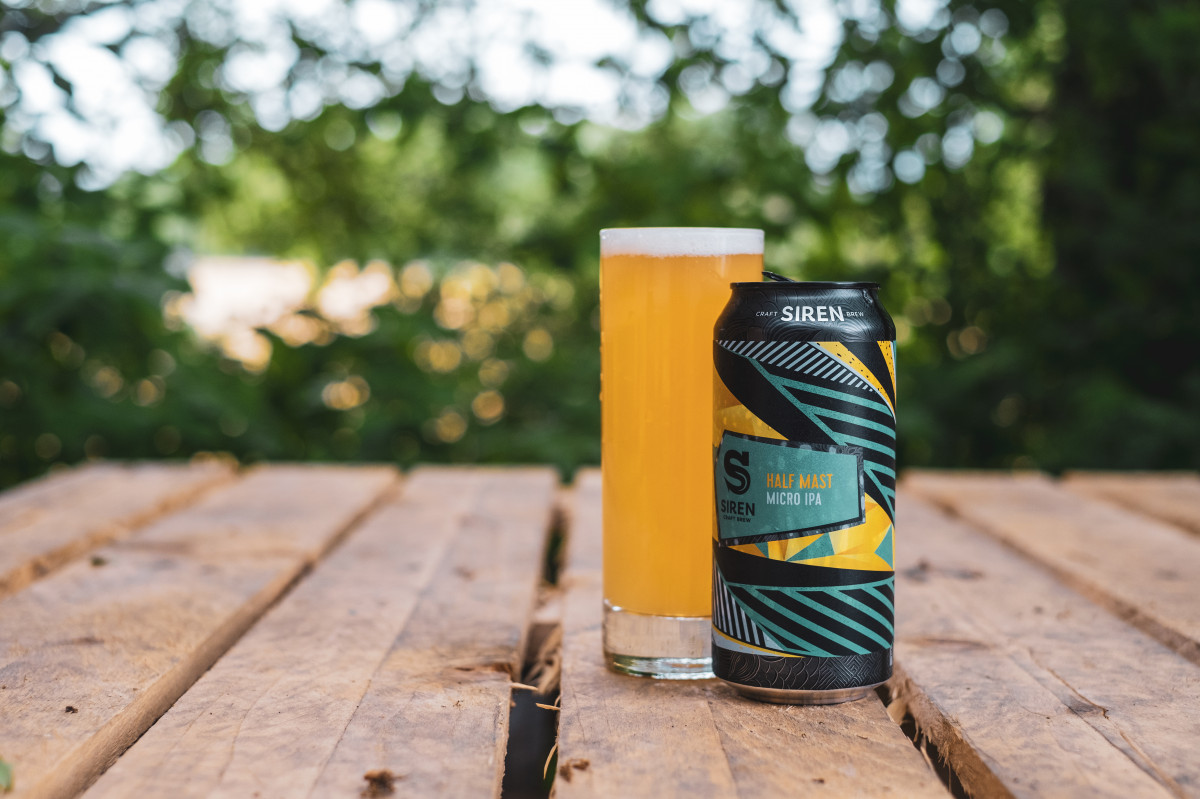 On the subject of fruit flavours, we come to 4.8% Gluten Free Session IPA, Futurist. Another beer that has become a stable part of regular output. We’re always pleased with the feedback for Futurist. The gluten free label can take some by surprise, maybe expecting something a bit lacking? In truth, it has a smooth mouthfeel, a big tropical aroma and exciting flavours. Give it a go!

Still with us? Two to go…

We felt that Brut IPAs got a bit of a bad reputation in the UK. But, it’s a style we love and have been pleased with every Brut we’ve brewed. In essence, Brut IPAs can give you the soft, full fruit flavours associated with New England styles, while at the same time finishing clean and dry like a West Coast beer. It can be a truly brilliant blend of flavour and drinkability. This one, 6% Brut IPA with Oak, On The Bubble, might just be our favourite. We’ve seen quite a few tweets from drinkers being surprised that they actually like a Brut IPA! Spun on oak, this brings sweetness, combined with the pineapple punch from the sabro and dry finish aided by tannins, one can doesn’t last long! 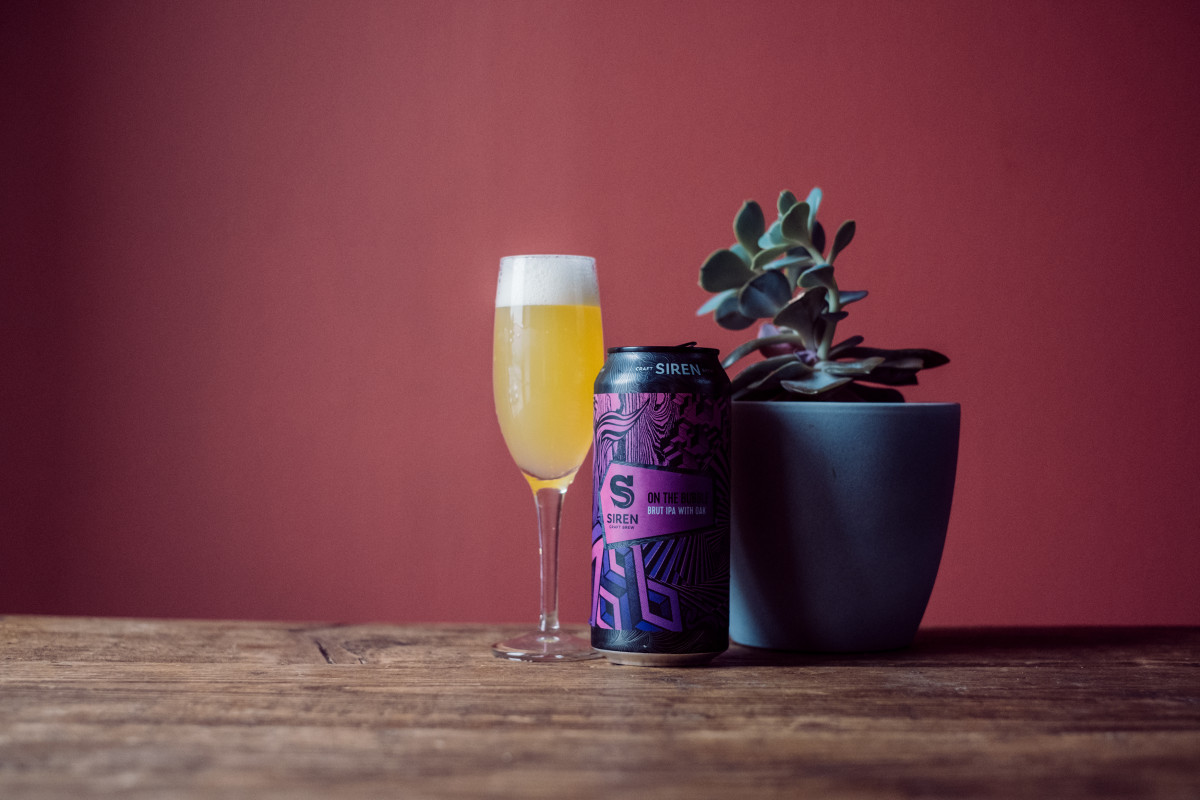 Last but by no means least is 7.2% California IPA Be More Pacific. When Green Cheek Beer Co came over from the States, we brewed “Every Minute Matters”, the first of our California IPAs. Collaboration is always great fun, but also a learning opportunity. California IPA is a style that Green Cheek have been perfecting, a crystal clear, clean beer with high perceived bitterness and big, big flavours. We’ve been enjoying developing and experimenting with the style and loving the big mandarin and citrus orange notes these beers bring. We’ll be back with more California IPAs, in fact… Be Even More Pacific is coming soon! 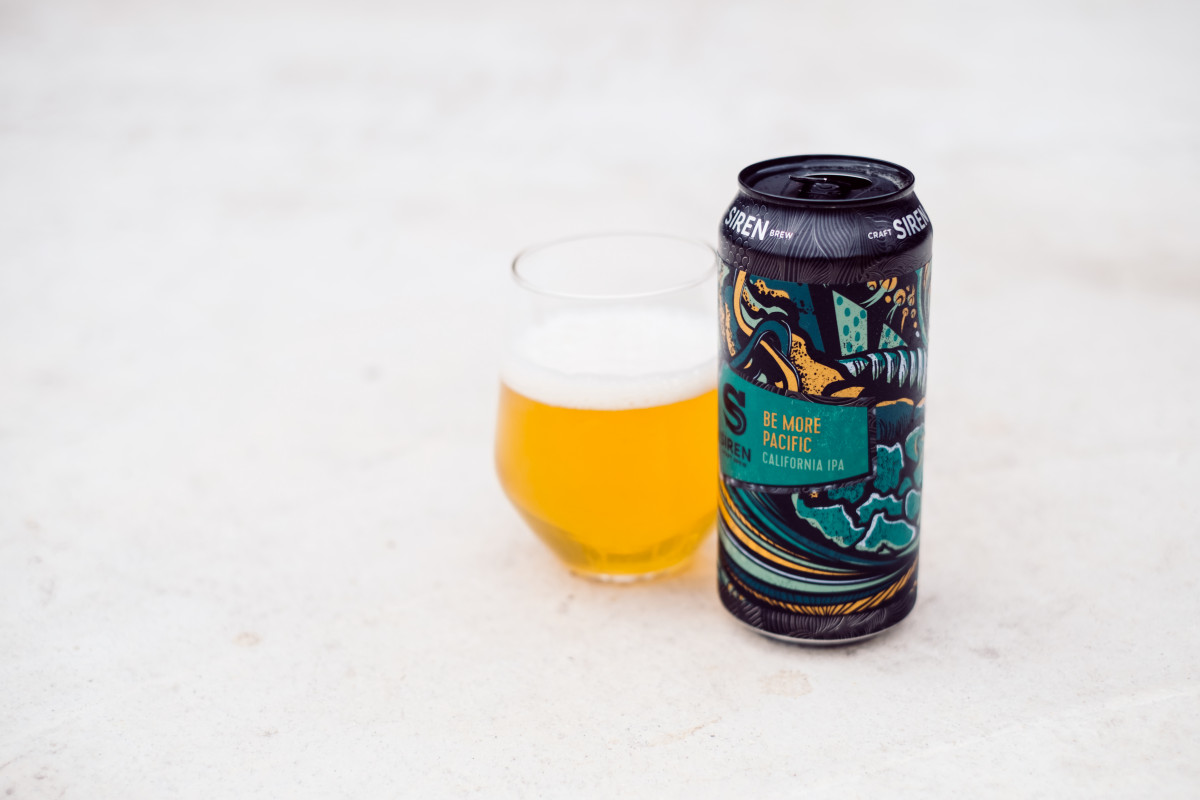 So there we go… 10 IPAs, 10 different takes. We hope you’re loving them as much as we do. We’ve put together a mixed case with one of each of these beers, yours for just £35!

Today (Thursday 6th August) only, spend a minimum of £40 and use code IPASFORDAYS on the webshop to claim a free Lumina Orbital glass with your order!