Today is International IPA day, unless you're reading this another time, in which case the 2nd August was IPA Day! With that in mind, we wanted to tell you a bit more about 3 great IPA's coming out of the Siren Brewery...

The Sky Was Pink

Earlier in the year Spanish beer legends, Naparbier, came to see us over here in Finchampstead. We brewed up a storm together, in the form of Dios de la Guerra; a Biere de Mars inspired by the flowers used in Spanish cookery. One of the flowers used was hibiscus, and the resulting red colours intrigued us into wanting to explore the ingredient some more. 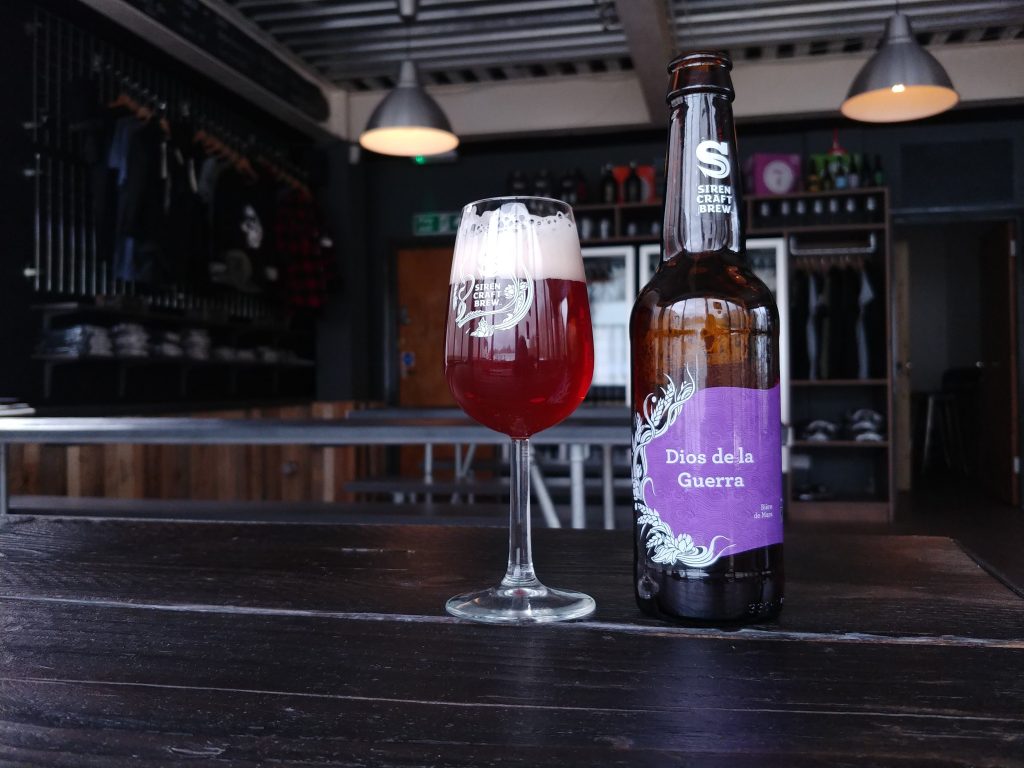 Skip forward to May in Belgium and Siren Head Brewer, Kyle, and Theo from DEYA made acquaintances and started discussing brewing together. The plan was to get dank and murky and it was agreed that hibiscus would fit the bill to bring some serious colour to whatever was brewed.

And so, in July, the chaps from DEYA came to play and to turn the sky pink. 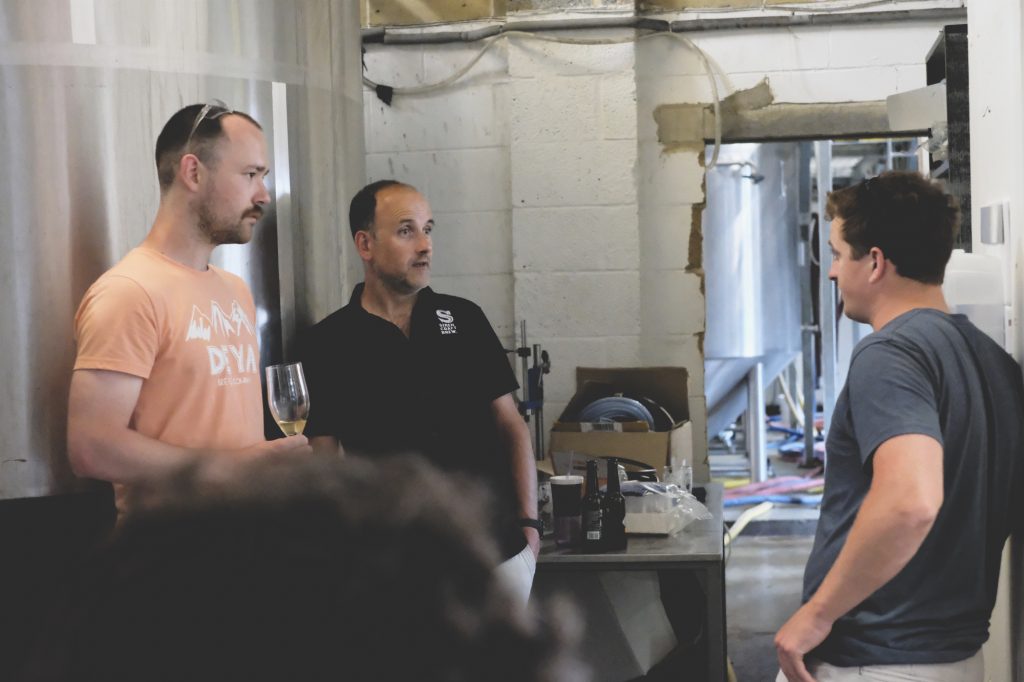 We all enjoyed having DEYA in the brewery. It’s quite inspiring to see the beers they are producing and reminds us of how we were a few years back. It’s what we love about craft brewing. Someone isn’t just a brewer, they’re a marketer, tea maker and accountant all in one. 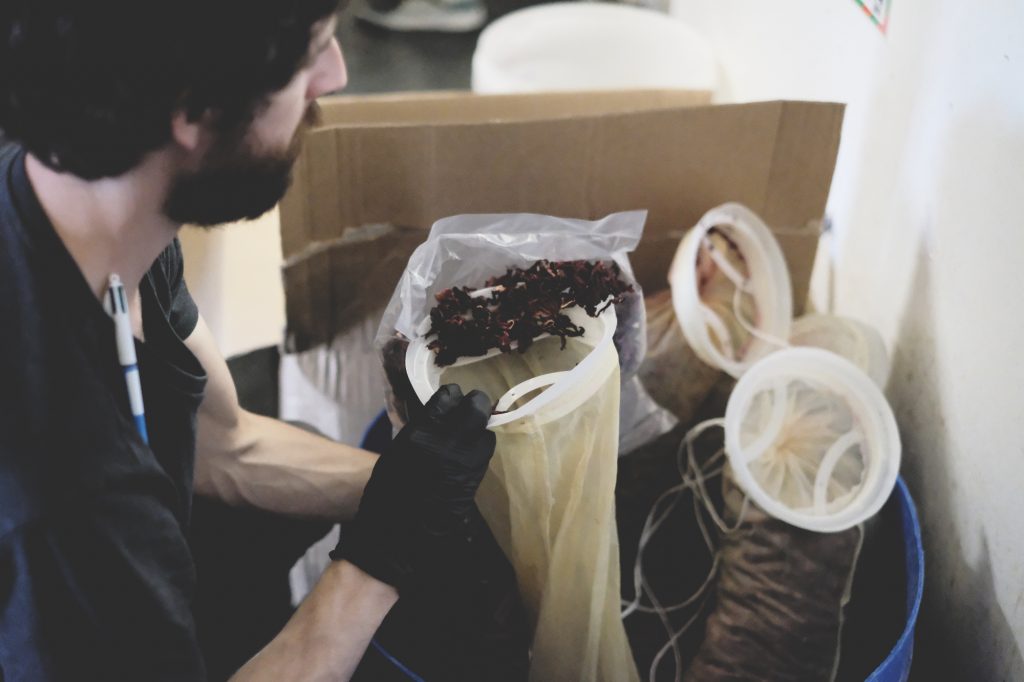 The technique with the hibiscus was new to all of us. We first off loaded nets with more hibiscus than we’d ever previously used and then tied the bags to the top of the whirlpool. A number of us stood around for quite a while waiting for the beer to come up to hit the bags and turn the wort a beautiful purple haze. 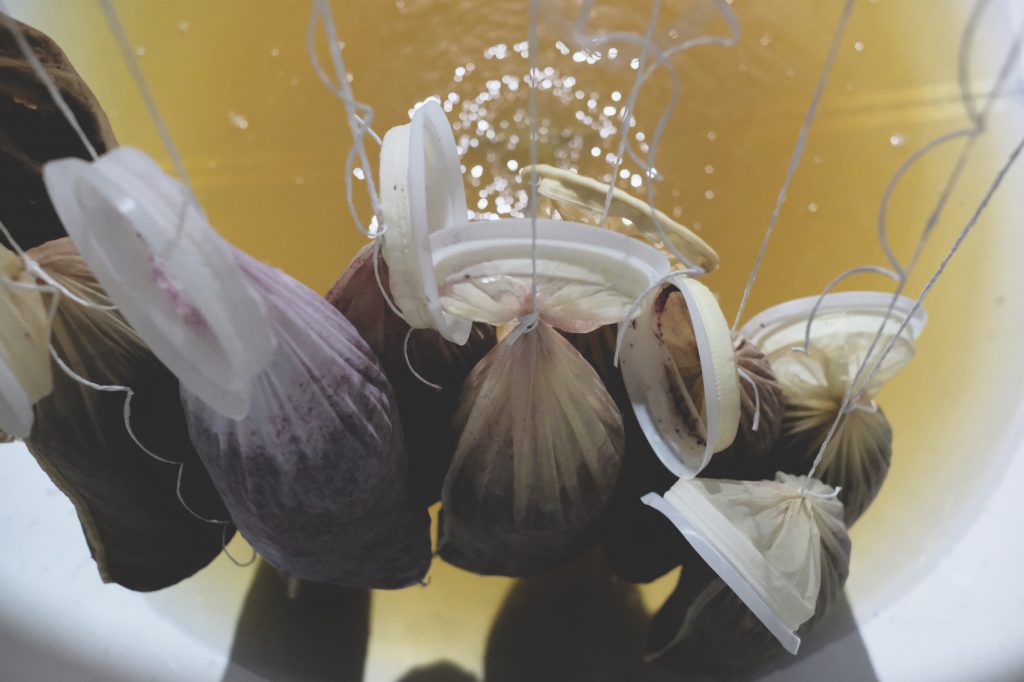 Sadly… in all the excitement, we seemed to forget that steam is a thing. 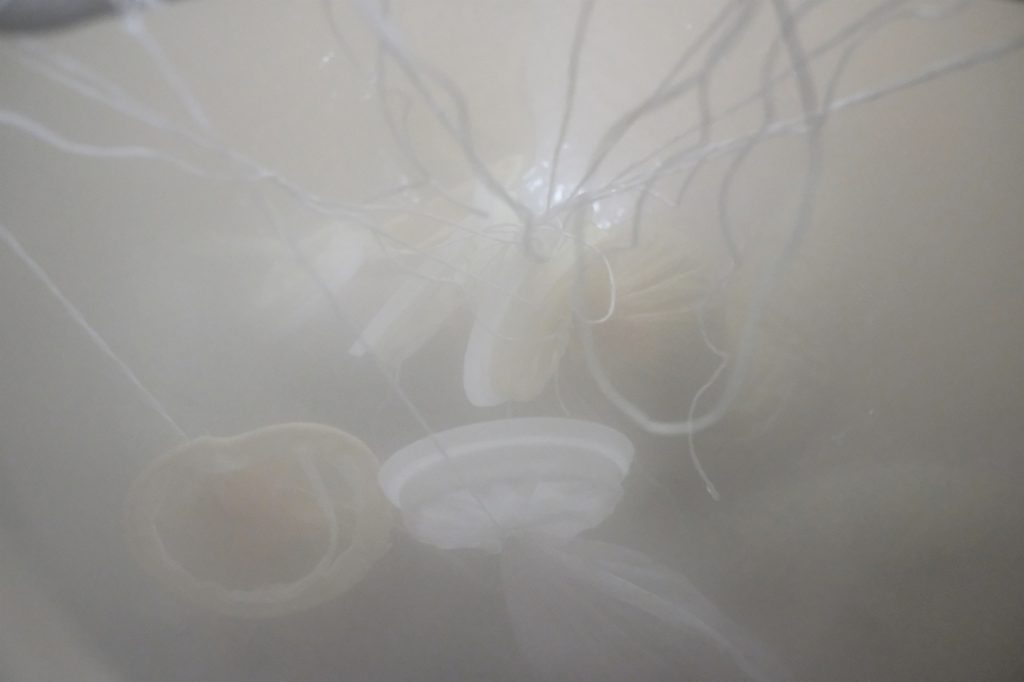 Regardless, the beer that came out the other end is murky, with a pink haze like a summer sunset. The floral notes come through and develop more as the beer goes down. We’re super pleased with the end result and we think you’re all going to love it too. 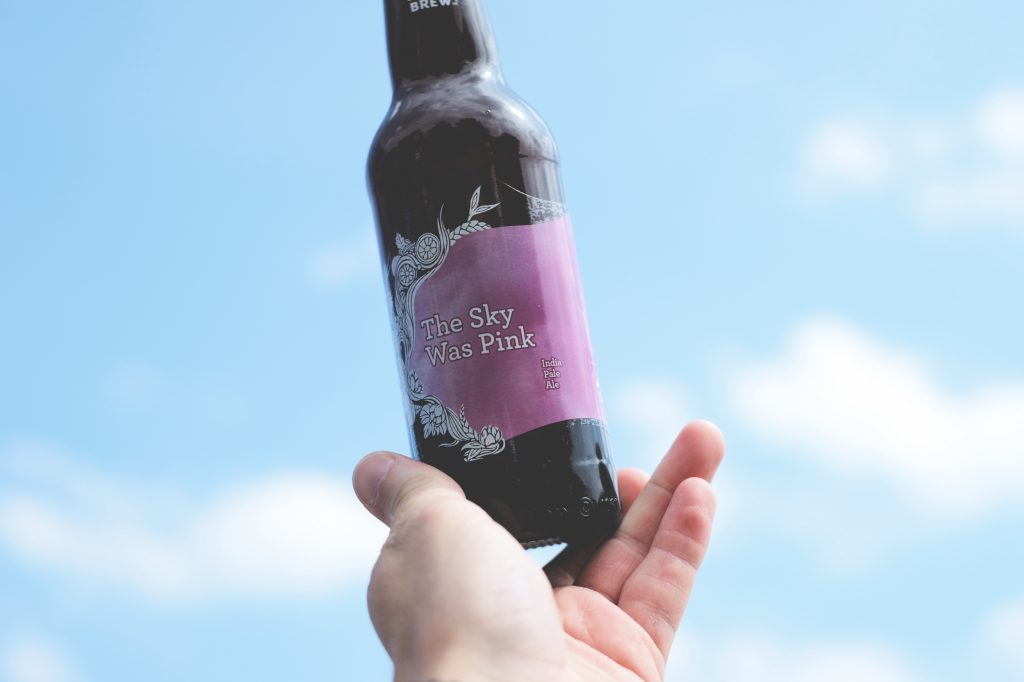 The Sky is Pink will be available to buy on our new web shop, coming soon! For now you can find it in most good craft beer bars and the Tap Yard. Watch our social channels for updates...

Craft beer is about experimentation, discovery and ultimately setting new trends. One of the hot trends on the west coast at the moment is the Brut IPA. It can be easy to write off new styles as fads, but before the craft beer revelation hit these shores the idea of a Peaches and Cream IPA, a Gin and Tonic Gose or even just describing our favourite brews as ‘juicy as hell’ was a million miles away from our pints of Kronenbourg or warm summer ale.

So what exactly is a Brut IPA and why hasn’t it been made before?

A Brut IPA is a typically much drier and less bitter than a standard IPA, but still with that fruity taste and aroma we all love.

Technological advances and new techniques are playing a big role in the development of beer. It was one such technique that allowed one Californian brewer, Kim Sturdavant from Social Kitchen and Brewery, to stumble upon the concept of Brut IPA. Kim, like other brewers, was using an enzyme called ‘amylase’ to break down sugars in bigger beers, like stouts, so that they’re not left syrupy or too sweet. He had the idea to use those techniques and enzymes with a regular IPA. When used in that way it left a thin bodied, super dry, pale and super refreshing beer that he called ‘Hop Champagne Extra Brut IPA’.

And so a trend was born.

Here at Siren, we love to innovate, but we also just love making great beers and this was something that we wanted in on. And so… Hop Fizz was born! 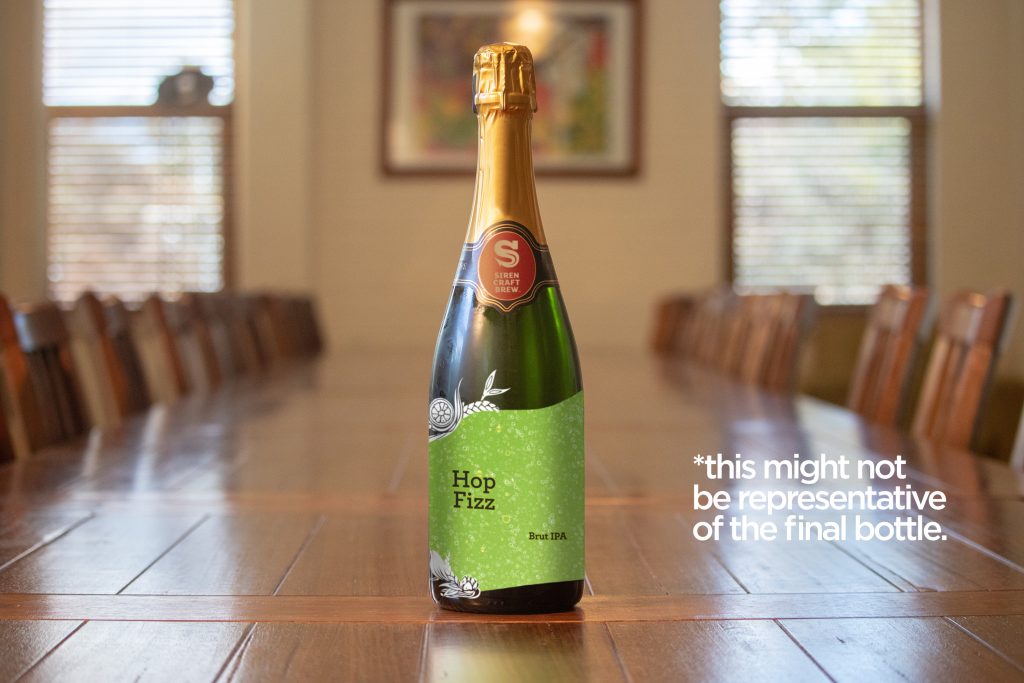 Hop Fizz is our take on a Brut IPA and we’re really happy with it. On the nose, you get fresh hops with some zesty orange and mandarin notes. With the first swig, you notice that it’s slightly tart, with some gorgeous pineapple and tropical fruit flavours. It’s dry, but in a balanced way that only enhances the big flavours.

The cork is well and truly popped on this one and we can’t wait to hear what you good folks think of it!

Hop Fizz is available now in the Tap Yard and online soon!

Some of your may have seen our recent video about Lucky DIPA. If you haven’t, check it out now…

When a head brewer, someone who has been dedicated to beer almost their entire adult life, is raving about a beer you know it’s a good one. And Lucky DIPA is a good one. If you like big, juicy, dank beers crammed full of resinous fruity flavours then step right up and crack a bottle. 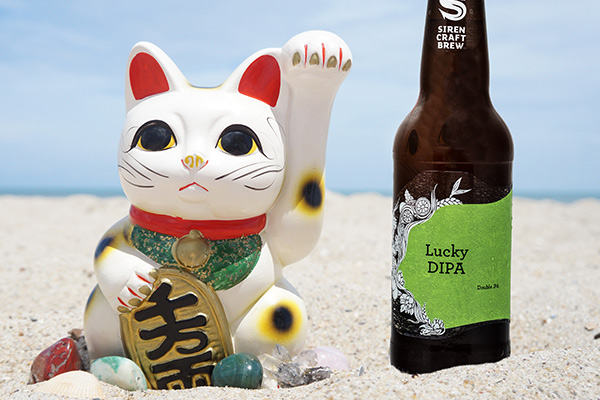 If you’re not a full on hop-head then this might not be the beer for you, but let’s face it… we all are and this is. Lucky DIPA is chock full of glorious hops including a 20g/l dry hopping of Citra, Motueka and Vic Secret adding to the Mosaic Cryo Powder added in the whirlpool.

Lucky DIPA is already flowing from craft beer taps all around the country and filling up fridges.

Get yours today… Click here to head to the shop!