Journeys Through the Barrel Store - Part One

Our barrel store here in Finchampstead is something to behold. 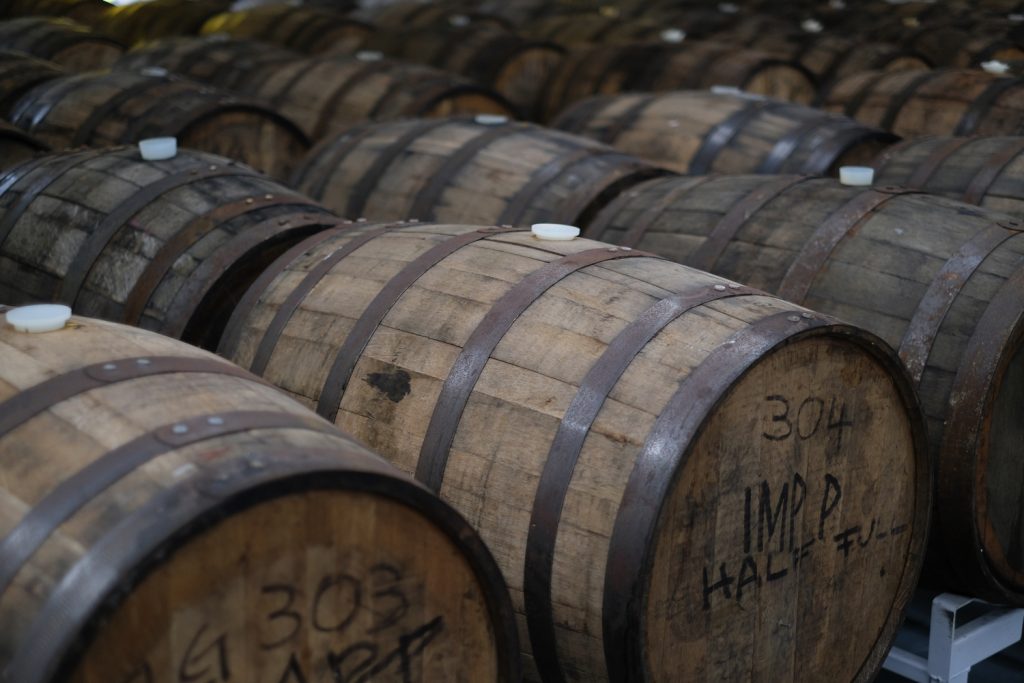 The barrels, and the beers held within them, are carefully managed and maintained by our chief barrel herder, Steve Hoile, and his team. Barrel aged beers have been part and parcel of what we do at Siren since the beginning. Some of you may well know that the the first ever brew for Siren was ‘Maiden’, which then went straight into barrels for ageing. Each year, a fresh batch of Maiden is our first brew of the year.

This year is our 5th anniversary and not only did Maiden return for it's 5th year running (more on that later), we also celebrated our first win at the Beer World Cup, taking a silver medal in the ‘Wood and Barrel-aged Sour’ category for “Odyssey 008”. Just like Maiden, Odyssey is a beer we are constantly developing. Odyssey 009 made an appearance recently with added coffee and was tasting delicious. Check back on the blog in a few days for a part two, and more about Odyssey 009.

With the success of Odyssey 008 in mind, I wanted to tell you more about our barrel program. Starting with the basics, we have more than 350 barrels over 2 sites here in Finchampstead. Those barrels have come from a number of places and have a varied history to them. I can tell you, every single one is a beautiful site to behold. They host an enchanting mix of beautiful woods, historical intrigue and of course, beer geekery. Whether it be bourbon, rum, wine or even some gin barrels, we carefully choose the right barrels for the right beers to create the blends of flavours we’re looking for.

Ok, so let’s get technical.

Why do we barrel age beers? Well, it all comes down to flavour. Barrels have long been used in the making of alcoholic drinks. Whiskey gets that beautiful golden colour from the wood barrels it’s aged in - no doubt it picks up some flavour profiles along the way. Those old barrels are then repurposed for the ageing of beer. All that whiskey or wine which has soaked into the wood works with the beer to colour and complement over time.

With changes of temperature, the wooden barrels breathe, expanding slightly in the heat and compressing in the cold. It’s during those moments of expansion that the beer seeps into the wood, and is then forced back out as the barrel compresses.

It’s very difficult to tell quite how any beer being barrel aged will turn out. All barrels will be slightly unique, some may have hangovers of bacterias or yeasts which can give beers different flavour profiles (bacterias causing sourness resulting in something like a lambic, or yeasts like Brettanomyces causing that classic farmyard flavour).

It’s the job of people like our James (pictured front and centre above) to regularly check on the barrels. I caught up with James the other day as he was drilling into barrels containing Primal Cut. He was carefully drilling a tiny bit, cleaning and disinfecting, then drilling a tiny bit more. He didn’t want to get through to the beer with lots of wood shavings etc - makes sense! He was there to test the beers for flavour and to see how they're coming along.

As different barrels can cause different end results, we often blend barrels to get an overall profile that we think shows off the liquid the best. Uniquely for Maiden, we use a version of a 'Solera System' to gradually blend a variety of barrels to get the right end flavour combinations. For example, this year's Maiden is 20% Fresh beer, 10% Armagnac, 10% Banyuls, 20% Heaven Hill, 30% Red Wine and 10% Rum (from ex-Jack Daniels barrels). In beer maths, that adds up to 100% delicious.

Over the years we’ve had great success from our barrel ageing program and there are too many beers to pick out and mention. Some personal team favourites are Acid Jam, Even More Jesus, Sheltered Spirit, Bourbon Milkshake and Old Fashioned.

But what are the future classics going to be?

Check out Part Two, where we introduce some very special beers in more detail. There's an unreleased blend causing a stir, a new creation from Steve ready to drink, and a very special collectors edition set ready to be unveiled...