As much as we love the classics, every so often we love to experiment with brewing. With a collaboration planned with our friend, Tiago, formerly of Beavertown and now Head Brewer of Broad & Build from Copenhagen in the schedule, it presented a good opportunity to try something different.

Broaden and Build blurs the line between brewery and restaurant, in their words “through a symbiotic combination of ingredients and techniques of both brewing and cooking.”

With this in mind, Siren Head Brewer Sean and Tiago had the idea for a 5% American Wheat Beer made with foraged wild herbs.

We started out with the idea of using Mugwort, Yarrow and Ground Ivy. Tiago had previously brewed with Yarrow Flowers and the result was super fruity. The challenge for the brew team at this point was to find the right malt bill, and hops to balance out herbal flavours, with bitterness. 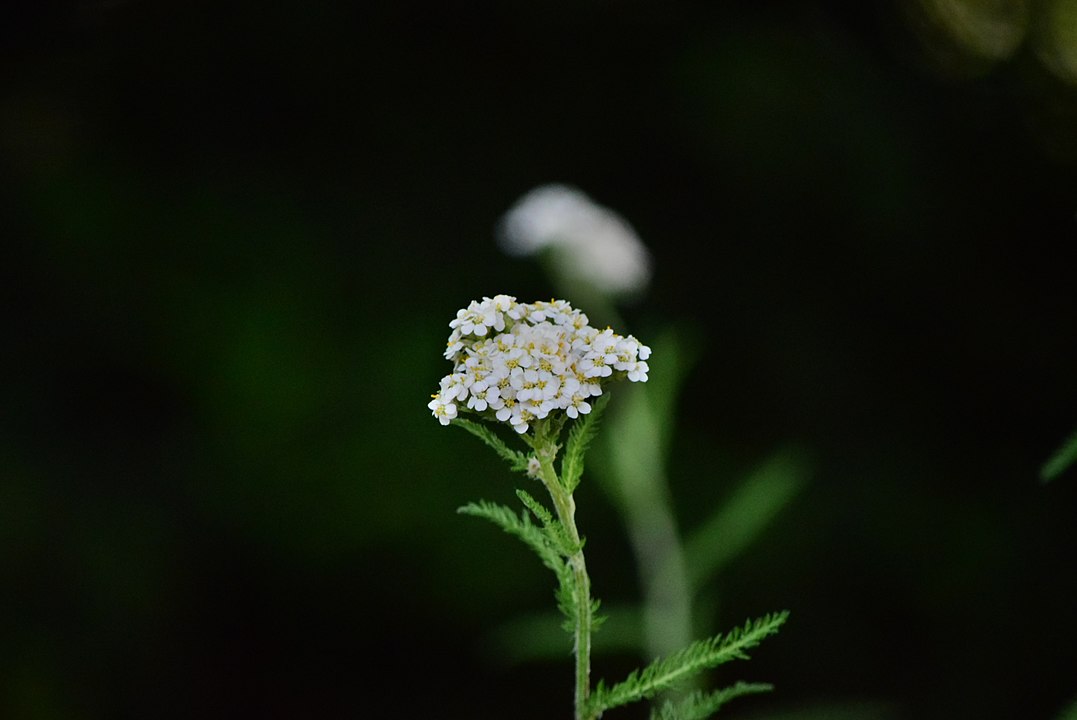 The decision was made to use our house yeast, over a traditional wheat beer yeast to avoid the phenolics and esters they produce. A plan was set for the herbs to go into the brew in thirds, each ⅓ having only 20 minutes in contact with the wort. Two of the thirds in two batches during the boil, and the final third in for 20 minutes in the whirlpool at 80°C.

If you imagine this on a smaller scale, let’s say a cup of tea, there’s a perfect time for a tea bag to sit in the boiled water. Too short and the tea is flavourless, too long and the tea provides too much bitterness. With the volume of herbs we’re using, we needed longer than your average cup of tea for flavours to set in, but the danger is always going too far and the herbs becoming overbearing, or too bitter.

Normally, with botanicals, these would be added cold side, as in after fermentation. Doing this, you can experiment on a smaller scale to balance the additions and flavours. Because these were wild foraged herbs, they would be covered in wild yeasts, so they had to be added hot side, during the boil, to sterilise them. This meant a fair amount of experimenting before hand, but the whole thing was still a fairly blind experiment, and a bit of a risk!

With plans set, we had a lesson in the world of foraging. Like any top chef will tell you, you cook seasonal ingredients and what is available at the time. Sadly, due to the extreme heatwave we’d experienced, Miles Irving, our foraging legend, informed us that the Ground Ivy had all but burned out so would not be usable. The final foraged herbs were to be:10kgs Yarrow Flowers, 12kgs Mugwort and 8kgs of Fennel Flowers.

When the brew day came around, Tiago was joined by Matthew Orlando, owner of Broaden and Build, former Chef at Noma and current Patron chef at Amass, and the scale of the herbs came to light. Bearing in mind that a sprig of dried herb is very lightweight, 20 kgs of herbs is a lot. Seriously… a lot. Each of those herbs needed stripping, sorting and adding to Muslin bags (like a big tea bag) ready for the brew. This was a seriously time consuming exercise, but it made for some great time to sit and catch up with our friends… 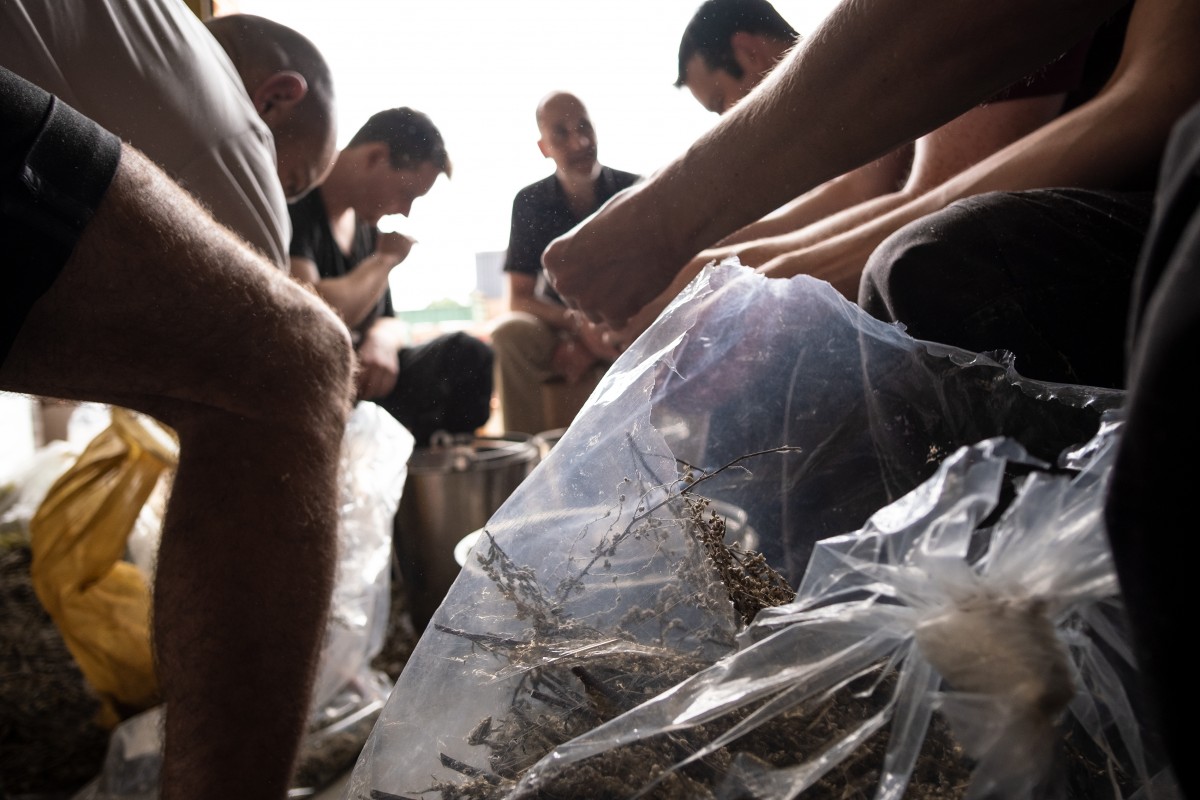 The brew started as a gruit, as in completely hop free. We let the flavours of the herbs do their thing and waiting for fermentation to discover the flavours/aromas and bitterness. At that point, we could taste test and made decisions on a final dry-hopping to complete the beer.

It was decided to use a combination of Simcoe, Mosaic hops. Although we used two varieties, it’s still a very hop-light beer, with the herbs doing all the work for flavour and aroma. A final centrifuge helped to create a beautifully crystal clear brew with a delicate floral and herbal aroma and flavour. 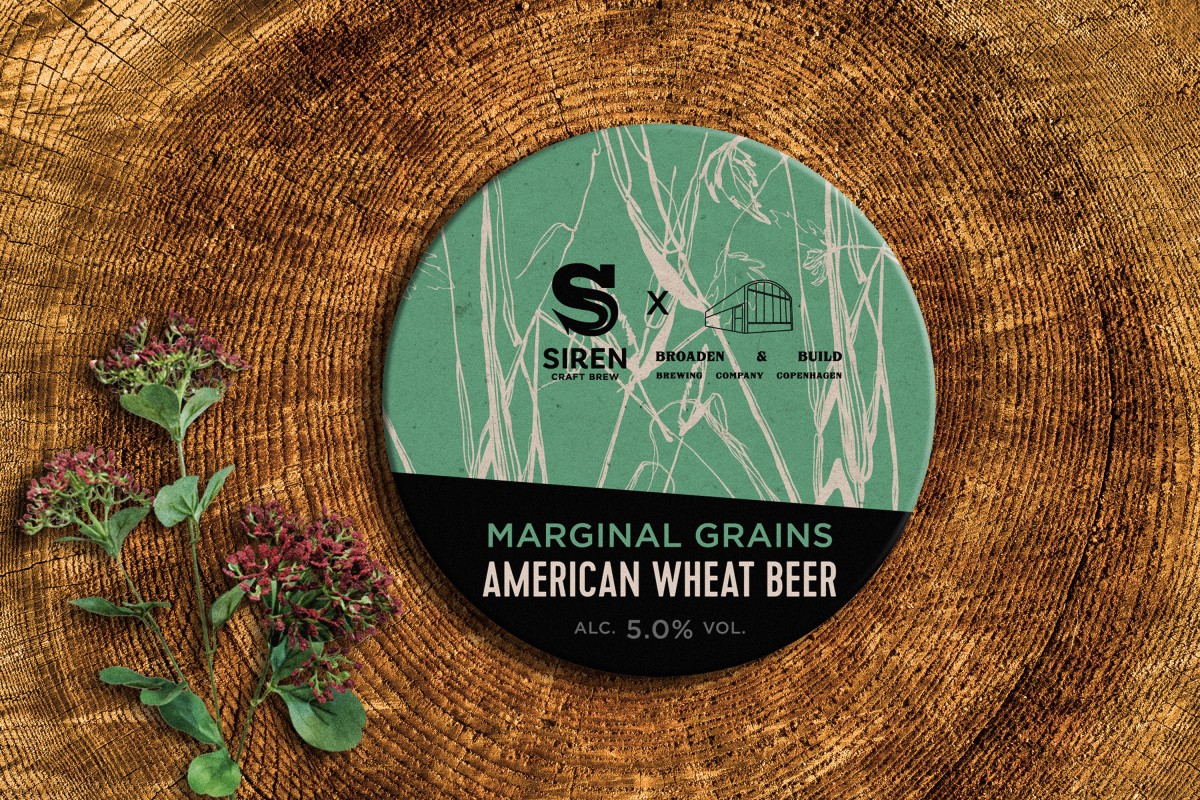 We’re super happy with Marginal Grains and we love it when interesting brewing experiments come to life. It’s a great late summer/autumn beer with bags of flavour. It’s off out into the wild in 440ml cans and on keg, so grab one whilst you can and let us know what you think.