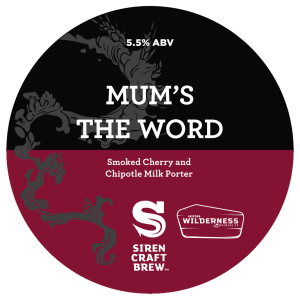 Mum’s The Word officially launches at Mother Kelly’s Tap Room today, the venue that gave birth to the base of the beer. We’re always looking for ways to collaborate with top artisan producers near and far, an ethos we have in common with Arizona Wilderness, who we also happen to be big fans of. This beer is somewhat of a celebration of collaboration. The idea came about when our friends at Mother Kelly’s Tap Room discovered that their near neighbours Resident of Paradise Row would be able to smoke some malt, we jumped at the chance of working with them and had the basis of a new brew in place. 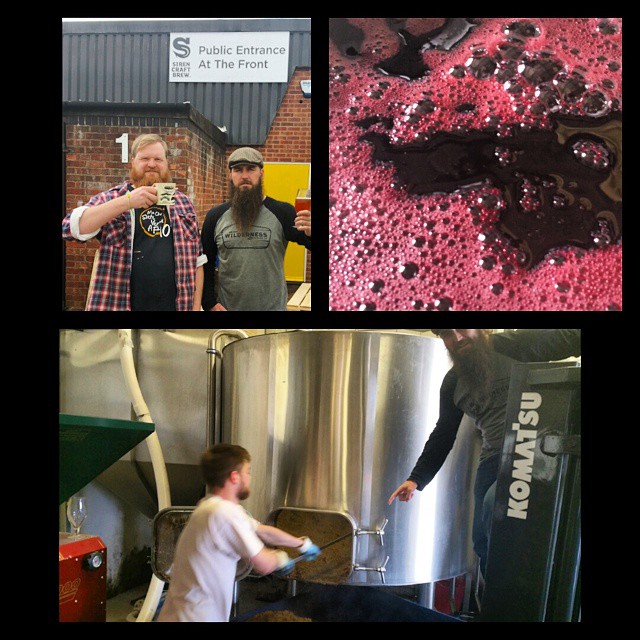 After some testing of different types of wood, the final malt was hand smoked by Resident using maple wood. We decided that a Milk Porter would make really good use of the malt, so when the guys from Arizona Wilderness visited us as part of a big European tour (documented here) the plan was set. We added a whopping 10 kilos of dried chipotle chilli to add a gorgeous smokey heat and flavour to the beer post-fermentation, and sourced Montmorency Cherries from the world-renowned King Orchards in Northern Michigan to balance the whole thing out with a subtle fruity depth. Mum’s The Word will also be available in Cask, Keg and Bottle in all the usual outlets, let us know what you think in the comments section below.