< Updated 14/05/2015 - beers are out now, strictly a 6 bottle limit per person online! > We've been talking about some of the beers that have been ageing in Chardonnay, Grand Marnier, Bourbon and Banyuls barrels for a while now, so it's finally time to get some into bottles! You can get your hands on all of these beers from our Online Shop and Tap Room while stocks last. Here's what we're releasing: 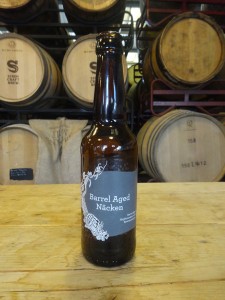 Barrel Aged Näcken Näcken was the first beer we brewed with Omnipollo as part of the homebrew competition that we’ve run for the past three years (the most recent of which gave birth to Life is a Peach). It was hugely popular so we ended up brewing it multiple times. For the final batch we filled four Chardonnay barrels which were all but forgotten about until a re-shuffle in the brewery recently, so the beer has been ageing for just over a year with wild yeast. We’ve spiked the beer with Brett and generously dry hopped it with Simcoe and Citra to create this new take on an old favourite. Click here to buy online » 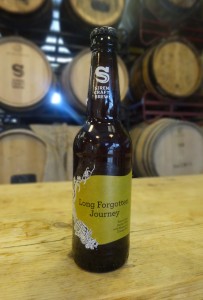 Long Forgotten Journey An ancient Grand Marnier barrel filled with glorious golden Barley Wine lay dormant in a magical forest forgotten by time. Tales of its existence reached intrepid brewer Gordon McKenzie in the year 2015 who then discovered the legendary barrel and brought it into captivity. Honey and orange peel have added a glorious edge to this Barley Wine. Come one, come all, enjoy the fruits of a very long and very forgotten journey. Click here to buy online » 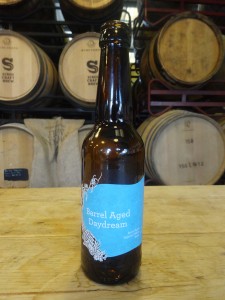 Barrel Aged Daydream Daydream is an imperial White Stout we brewed in collaboration with Mikkeller in August last year. Coming in at 13.5% ABV, the beer pours amber but displays all the characteristics of a great stout, with coffee and chocolate notes in abundance. When fresh, Daydream gives off a sweet marshmellow flavour, so ageing in bourbon barrels adds vanilla and coconut notes that complement it perfectly. Click here to buy online » 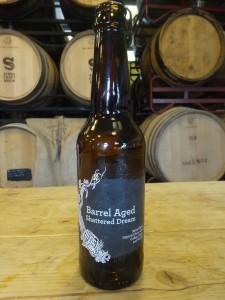 Barrel Aged Shattered Dream Shattered Dream is an Imperial nod to our flagship Breakfast Stout. Brewed to celebrate our 100th batch and packed full of coffee, vanilla and cacao, this stout does not do things by half measure. Shattered Dream takes you to places that Broken Dream wouldn't dare. She's the bigger and badder sister. And now she's been aged in Banyuls and Bourbon barrels for over 6 months! Click here to buy online »Keep an eye on Twitter, Facebookfor availability updates.
Share