Welcome to our second newsletter here on the blog! We hope you’re well and looking forward to an action-packed October.

On with the catch up, and look forward:

We’re just back after attending Indyman 2022. It was a delight to have this festival back after a three year hiatus. It’s been a favourite of ours for many years, and this was one of the most fun we can remember.

We poured a crazy amount of beer all weekend from the atmospheric boiler room, so a big thanks to everyone who came along to see us. Highlights included CCC Cocktails, Maiden and the Siren "beer spike". 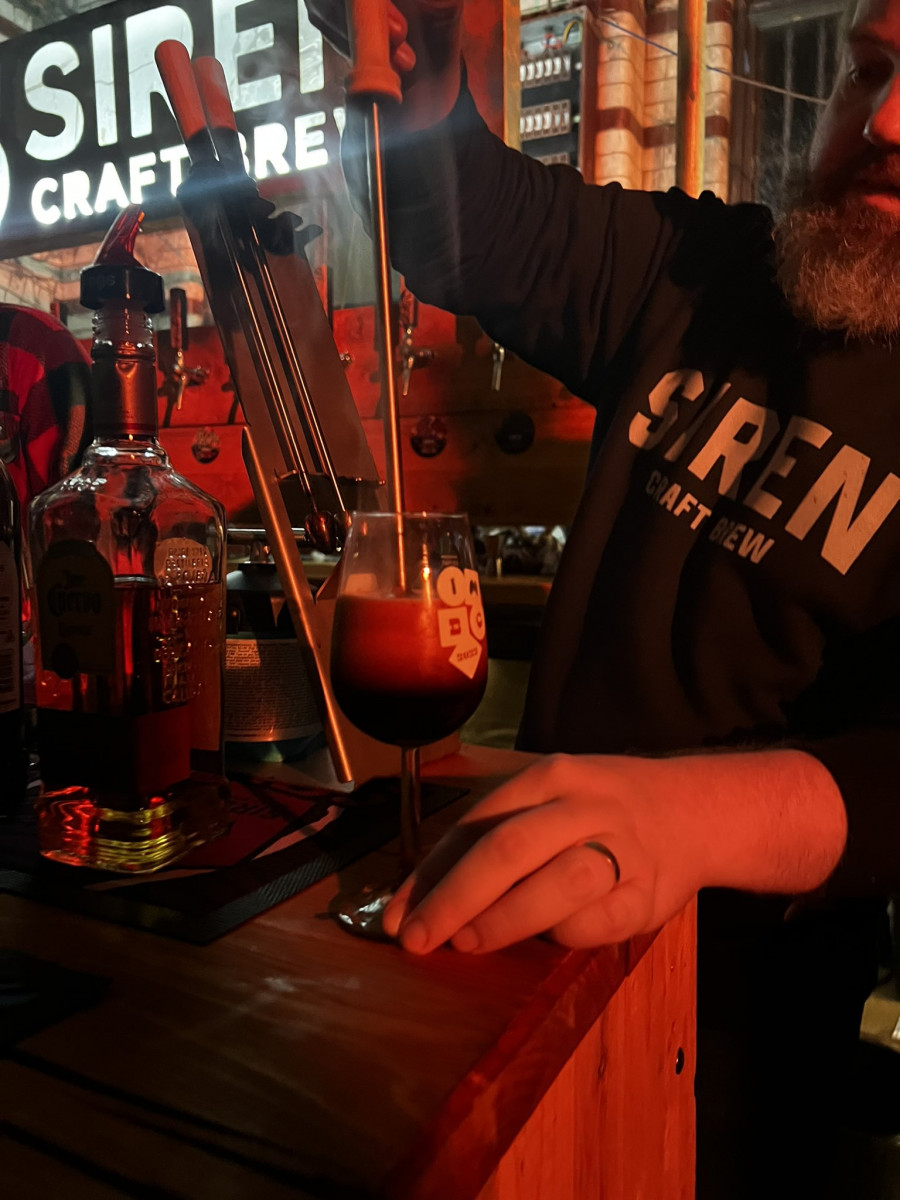 Don’t forget to pick up our Indyman special beer ‘Pool Parti’, more on that below!

As part of Indyman’s challenge for breweries to brew a beer with more sustainable techniques, we brewed a parti-gyle beer.

As a very short explanation, a parti-gyle is when you brew a beer using the wort of another beer, a second running if you will. For our Parti-gyle brew, we’ve used the wort of Origin Story, and added some amazing barrel aged coffee. The result is a 6% beer, absolutely loaded with flavour - expect lots of bitter dark chocolate and coffee notes, it’s great. 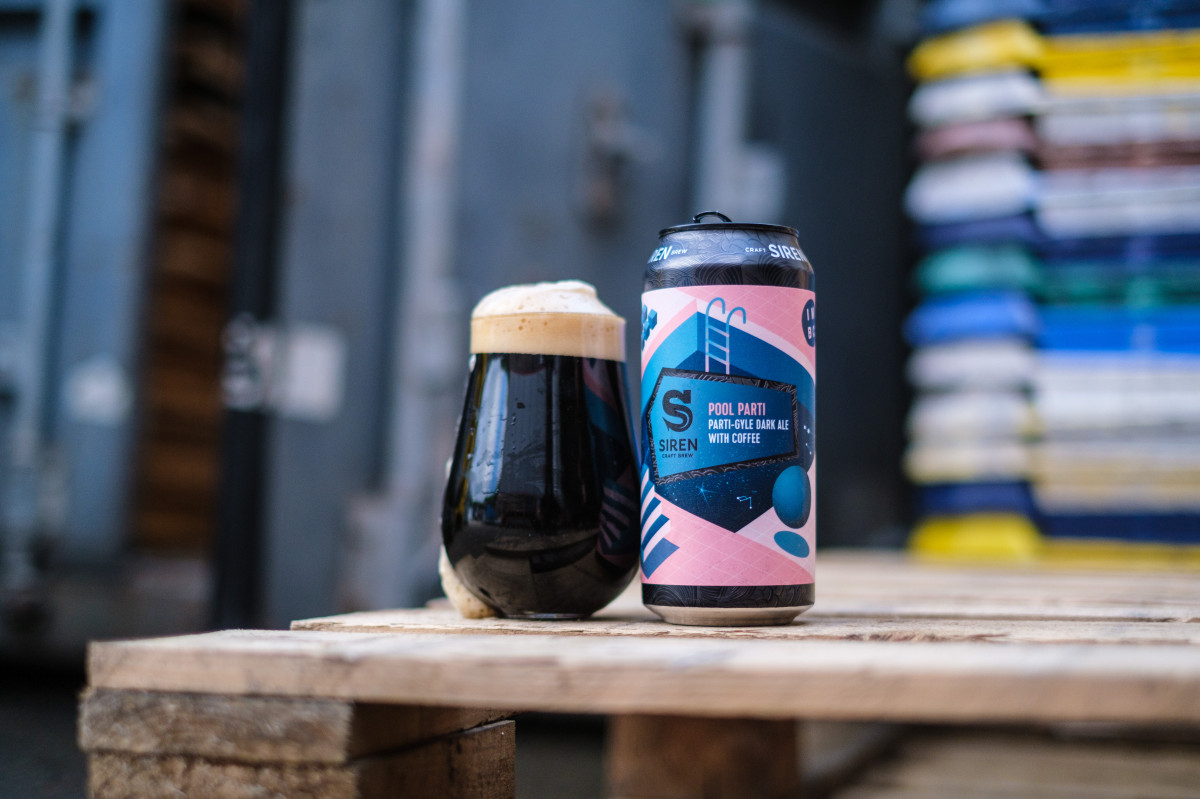 You can read more about party-gyle brewing, and this beer in this blog here, and make sure to grab yourself a few cans of POOL PARTI.

If you’re anything like us, you’ll think it’s a bit soon to see Christmas themed stuff already stocking the shelves in some shops. But, whilst you probably don’t want big boxes of chocolates sitting around begging to be eaten already, we know you like to be organised when it comes to advent calendars. And so we’re happy to say that our 2022 Craft Beer Advent Calendar is now available for pre-sale. Any orders placed now will be held, and delivered fresh from the cold-store to your door in good time for December 1st. 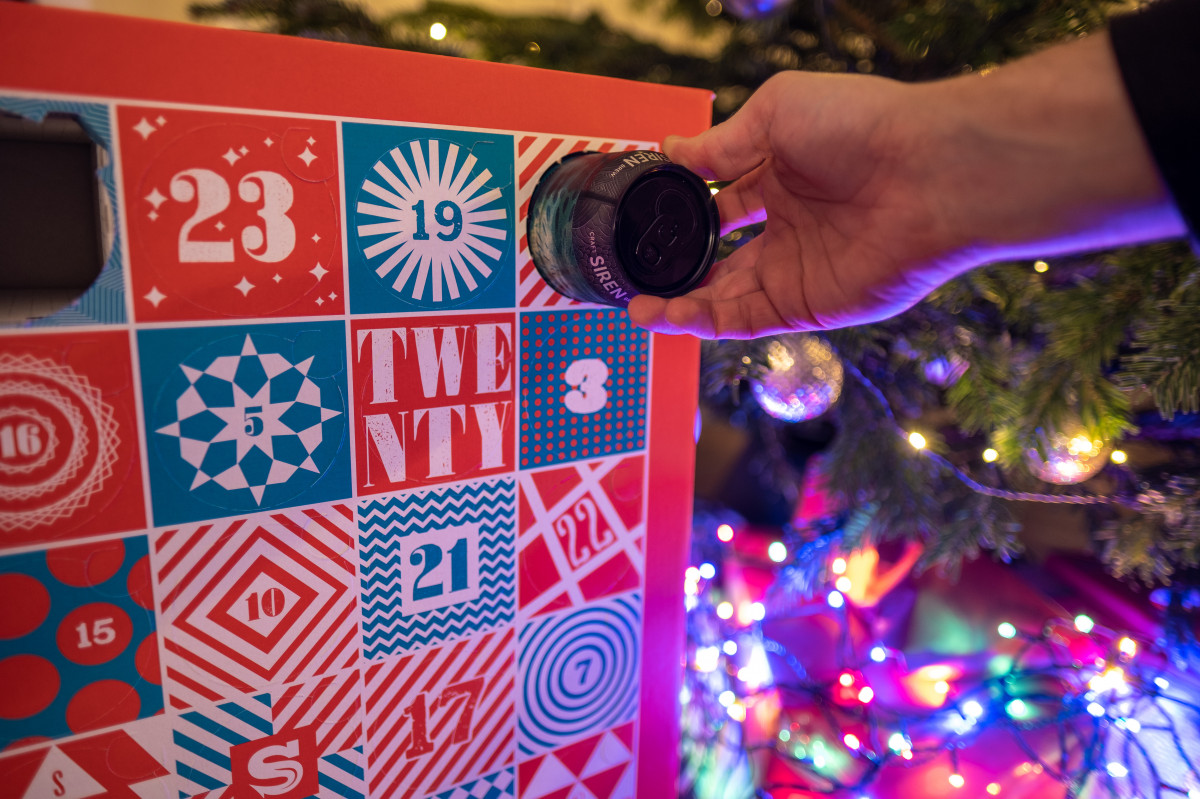 Our team has been working hard on putting together another great lineup of beers to take you through December, all the way up to Christmas day. If you’ve not bought one of our Calendars before, you can also expect something exciting to hit your email inboxes on Christmas day as an extra bonus treat!

We won’t spoil what’s in the calendar, but you can expect a delicious mix of favourites, new beers and calendar exclusives.

Not only that, if you’re looking for the perfect craft beer christmas present, or maybe a beery secret santa gift then look no further - introducing our brand new craft beer cracker!

The beer cracker can be fully personalised, and contains 3 great beers. A great novelty option and one that’s bound to be very popular. Show that beer lover in your life that little bit of extra thought and get your personalised pre-order in now.

You may not have heard about BrightonSEO, but it’s probably the country’s leading Search Engine Optimisation (and all things web marketing) conference. What started in a small room above a pub has become a full scale, week long shindig with fringe events and thousands of attendees.

Our marketing team (Andy, Hannah & Tim)  will be down there this week, so if you’re attending, do come say hello! Also this year, we’ve teamed up with BrightonSEO to provide a free beer for attendees - DRINK BUILDING. 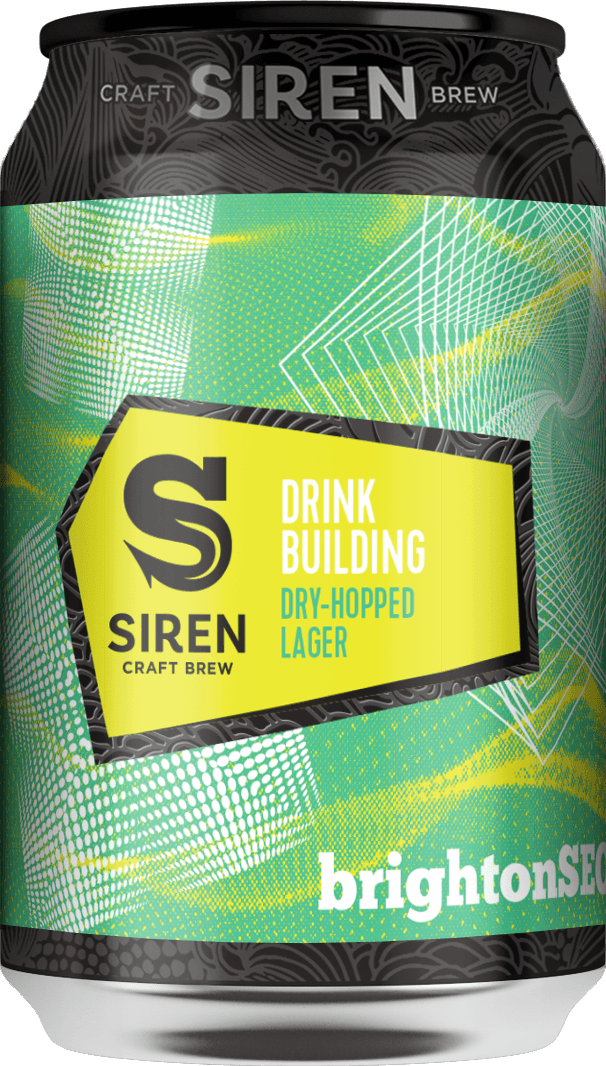 The can description might be the nerdiest thing ever, going further than the Guava Script label -

<p class="exclusive limited">Get AMPed for our guest collaboration with BrightonSEO. The keyword here is flavour. Drink Building anchors as a lager, but is dry-hopped to render it with juicy tropical hop freshness. 200 enjoyment; but dofollow with another can.</p>

As mentioned in our last newsletter, this month we released a couple of gorgeous Oktoberfest beers - Haus Party and Wandering Lines. Both have been proving popular, great beers for the season! Hopefully you’ve all been buying in the sausages, pretzels and mustard to experiment with your own pairings.

“Definitely one of the better Festbiers I've had these last few weeks. Cheers Siren” - Simon, via Untappd.

“Not too acquainted with the festbier style but this was my favourite of the Oktoberfest themed taps.” - Ali, via Untappd 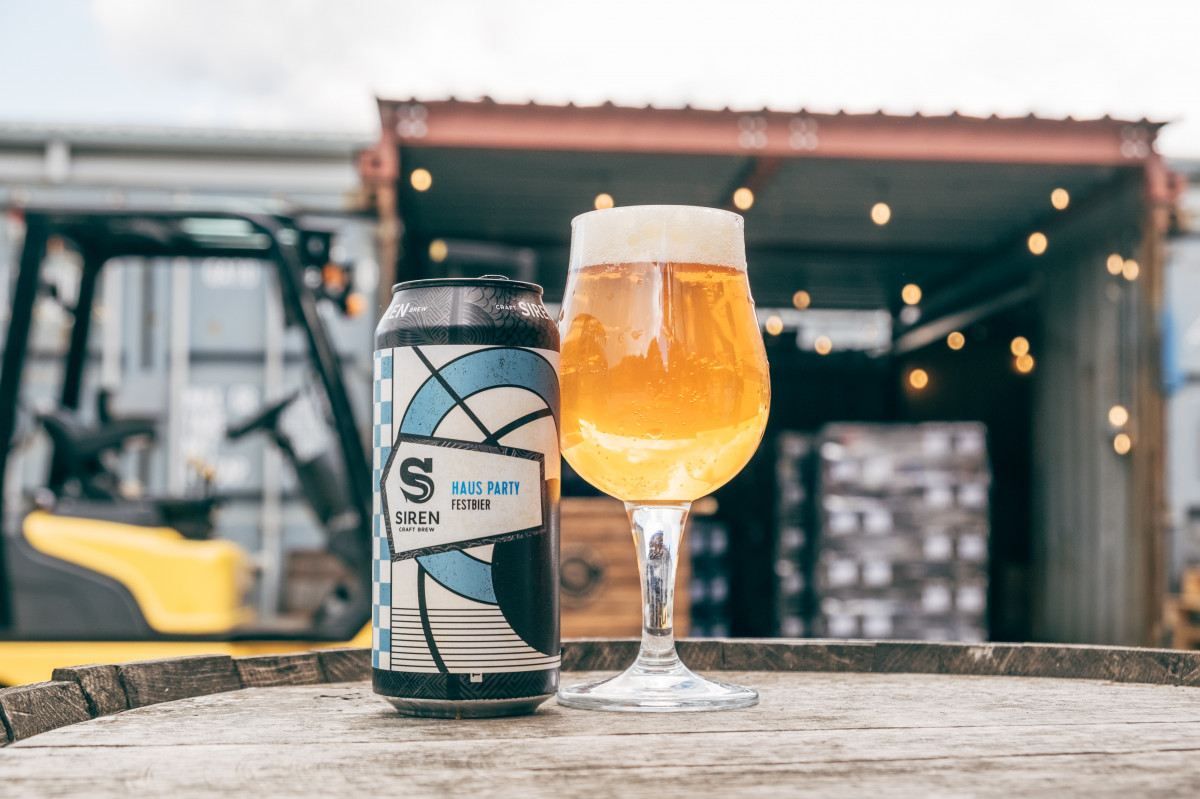 Whether you’re au fait with your Oktoberfest beer styles, or like Ali, it’s a new thing for you, make sure you don’t miss out. There’s a reason these styles have lasted the test of time and continue to be popular around the world.

Both beers are available here.

Welcome to a new regular feature where we talk about some of our favourite venues to drink our beer. This week, a bar that opened its doors 3 days before the first national lockdown closed them again - The Ten Tun Taphouse in Alton, Hampshire.

After an immediate pivot to online sales and home deliveries, Jason, the founder, has grown a captive local audience for craft beer. The Ten Tun team sources great beer from all over the country, and have helped introduce the locals to many a new brewery or beer style.

Since day one, the Ten Tun Taphouse has regularly featured Siren beers, with Santo becoming a local of the favourites - especially the local women’s rugby club, the Alton Ravens. 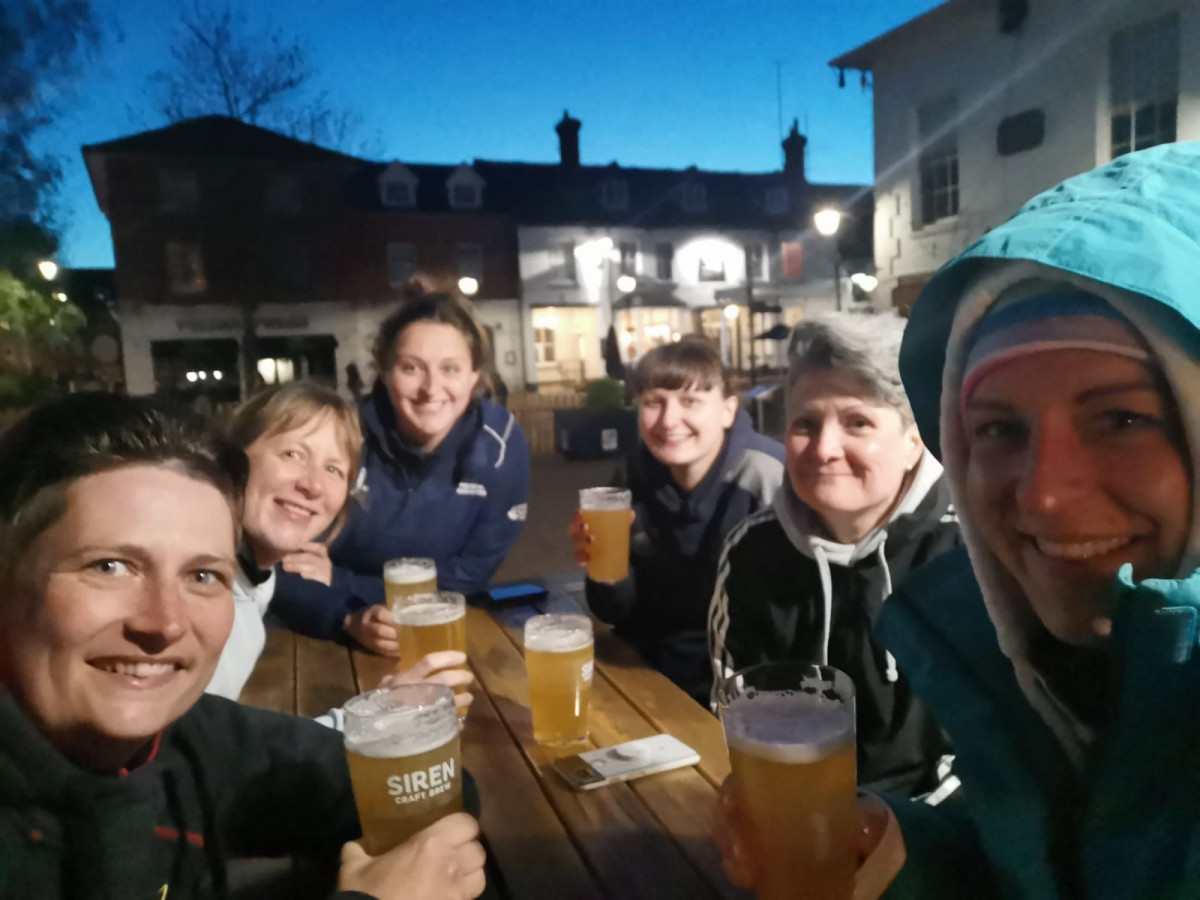 Last week, Jason featured the first all-Siren tap takeover, with our very own brewer and Altonian, Dave, on site to answer questions and help put away a few beers.

If you’d like your bar to be featured, get in touch!

It’s that time of year, where jumpers start going on, and so we’re delighted to show you some of our new merch, in the shape of 3 great jumper designs. 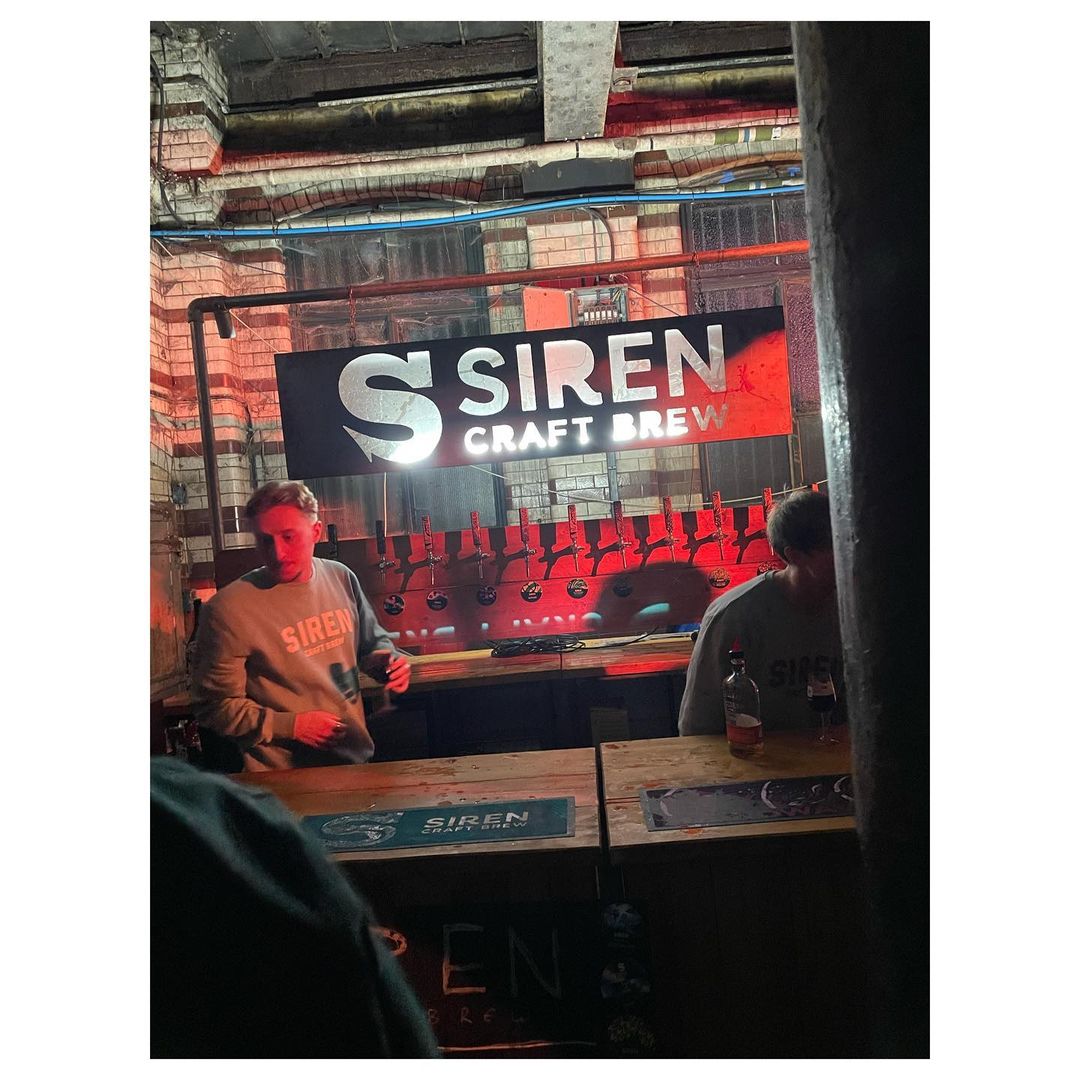 The new jumpers in the wild at IndyMan, photo by @wearelibero.

Themed around retro American sports team jerseys the 3 new jumpers look great and are available now - check out the website to get yours! Act fast, merch always sells quickly.

Each month, as part of this newsletter, we want to introduce you to a few of the faces behind the scenes at Siren. This week - Richard. 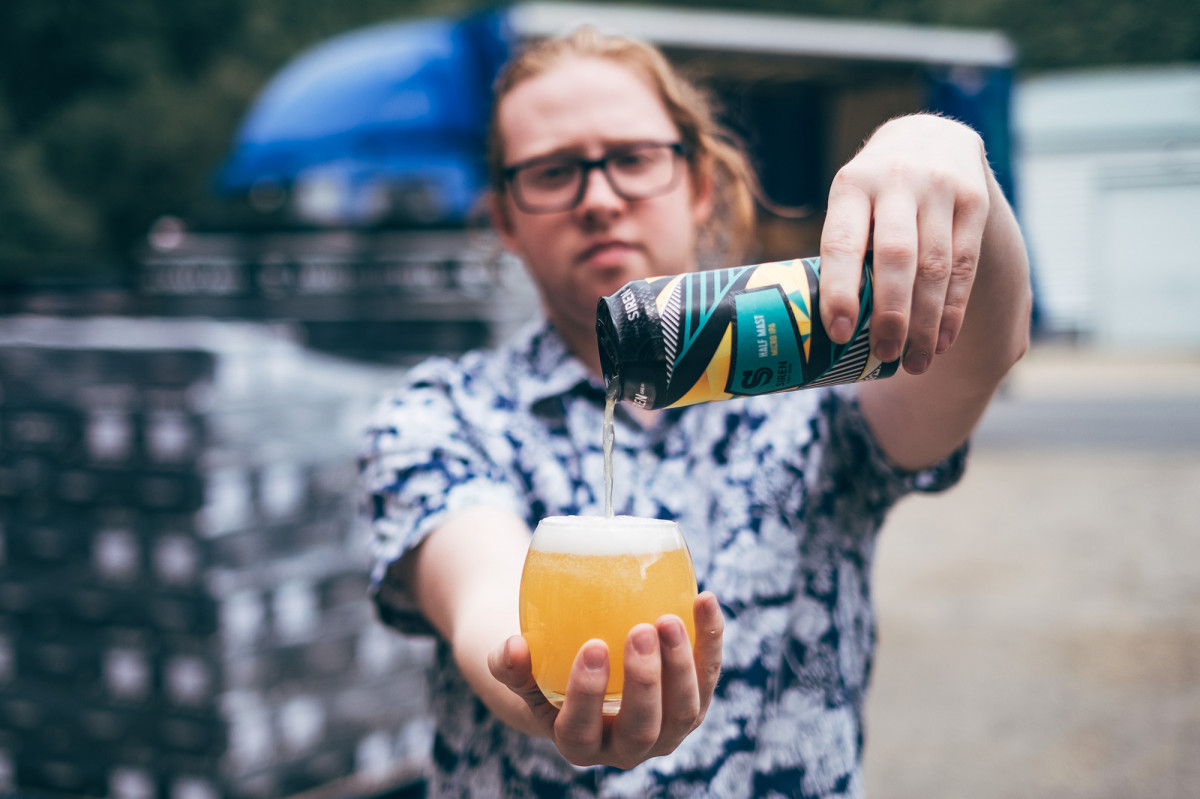 Some of you will have spoken with Richard, either on the phone or via email. He’s an incredible problem solver and the person who makes sure any issues with web orders are swiftly ironed out. Since starting with us behind the bar at the Tap Yard, Richard has progressed his career into co-ordinating web shipments, being the front line of customer service and learning new skills across the business.

How long have you been at Siren?

I've been working at Siren for almost one and a half years, after joining in April 2021.

My role as Webshop Coordinator involves overseeing the shipment of online orders, answering general customer queries and emails (don't be shy!), and helping our online web shop to thrive and offer fantastic choice for customers old and new. I've also enjoyed creating some of the weekly mailers more recently!

What's your favourite thing about working at Siren?

Working in a challenging and ever-changing environment, with fantastic people - it never gets boring here.

Were you a craft beer fan before?

I never even liked regular beer! I worked in a supermarket and Lumina caught my eye when stacking shelves, thanks to the beautiful can art. I gave it a try and almost instantly became a fan - my application to work at Siren shortly followed.

I'm a big fan of darker ales and IPAs - Together & Apart or Dystopian Dawn would be hard to beat.

While I'm still on my own craft beer journey of discovery, I can safely say that I'm a fan of any sour beers from Vault City Brewing.

There's a few things to let you know about, coming up here locally!

There's some big changes happening at both the Tap Yard and our country pub, The George and Dragon.

Firstly, the George is having its first major refurb under our ownership, with the install of a brand new kitchen. It's an exciting development for the pub and will allow us to tweak and improve the menus once more. Keep your eyes peeled for updates! Whilst the kitchen is being fitted, we'll have a temporary reduced menu, as the chef's work from a temporary kitchen space.

We will be releasing our Christmas party menu in the coming weeks so keep an eye on socials. Look out on the George & Dragon Facebook or Instagram page for updates.

As for new menus, the Tap Yard is also getting an upgrade. Our Pizza menu will have 4 permanent pizza options, and a weekly special. These will be joined by some new loaded fries and a few dessert options! Look out for updates.

Lastly, from the 10th October the Tap Yard will now be open 7 DAYS A WEEK so you can swing by to collect orders, buy takeaways or sit in for some beers and a bite to eat whenever you want. We're open from 10am throughout the week for coffees as well.