Project Barista: Behind the Scenes

Project Barista is our celebration of the sublime flavours that coffee can impart on beers. We’ve been big fans of using coffee in beer since we started out four years ago, in fact we have a beer that uses coffee in our core range – Broken Dream. This series aims to take the relationship between beer and coffee in new directions, so we'd like to let you in on some of the science and thinking behind each beer, in the words of our Head Brewer, Kyle Larsen. 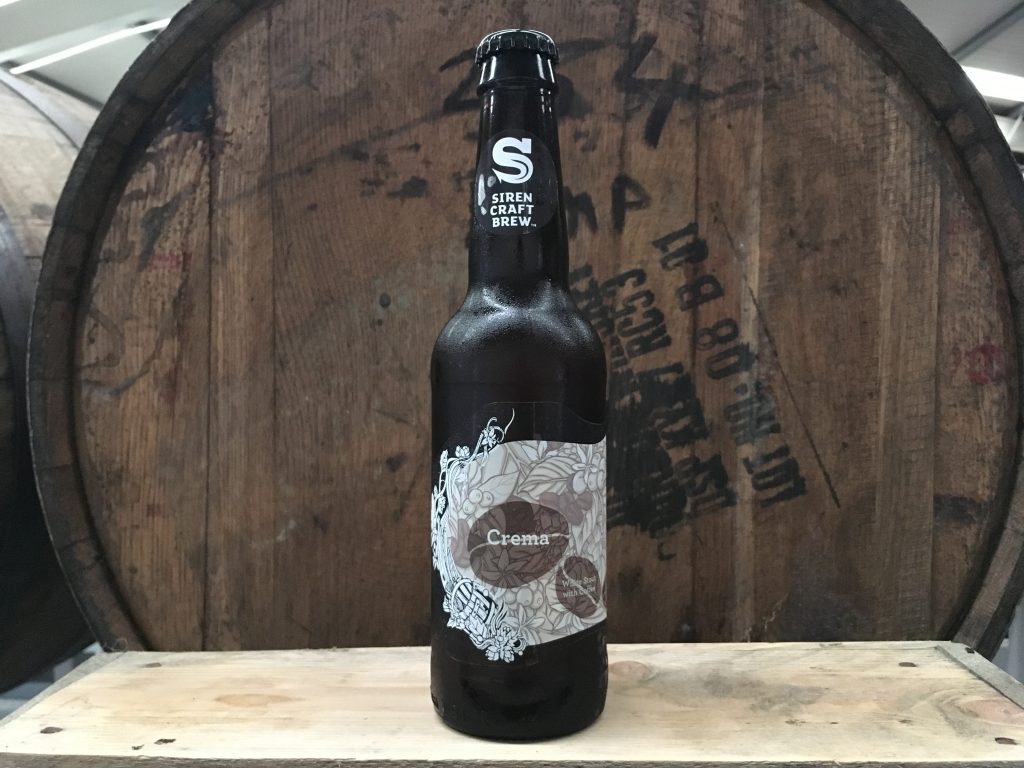 After playing with barrel aged coffee on two previous brews, Blacklight Banana and Bourbon Coffee Broken Dream, we wanted to create a beer that would really push the spirit character you get from ageing the green beans in barrels. We came up with the idea to make a White Stout, using German Whiskey Barrel aged, light roasted, coffee beans along with some vanilla and cocoa nibs. The coffee is designed be the dominating flavour in the beer with everything else simply playing an accompanying role. We chose to steep coffee in the fermenter at both 21°C and 0°C, really trying to accentuate the low notes of the coffee, whiskey, wood, vanilla. We used 25 kg of German Whiskey Aged Coffee. To find out more about our barrel aged coffee project, we've blogged about it here. 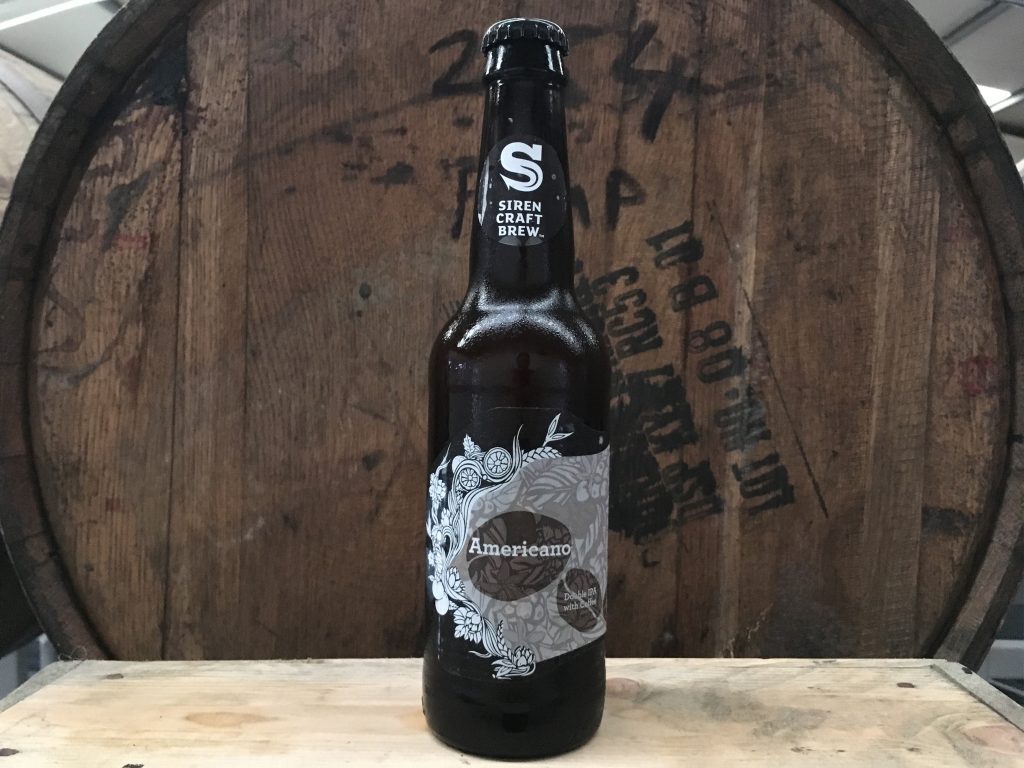 This is the return of a past beer that wasn't meant to be, one of those happy mistakes that turned out much better then you could have planned for, when some dark malts found their way into a Sound Wave brew! This rendition is intended to be somewhat similar to its predecessor, though of course there was never an actual recipe! The colour of a light roast pour over, this Coffee Double IPA, is packed full of Citra, Columbus, Cascade, Chinook, and Mosaic Cryo Powder to the tune of 21 g/l of hops. We paired this with a Natural Ethiopian coffee from Quarter Horse Coffee in Birmingham. We chose to use a new technique (in the sense that we've never tried it before), for infusing the coffee into the beer with the goal of preserving the delicate nature of this natural coffee's high end berry notes. We devised a plan with Nathan's help to make a strong hot brewed coffee that we would add to the beer directly before packaging. 17 kg of coffee was used in this straight forward but not so straight forward Double IPA. We'll be selling small packs of the same coffee used in Americano at our Project Barista Launch this Saturday! 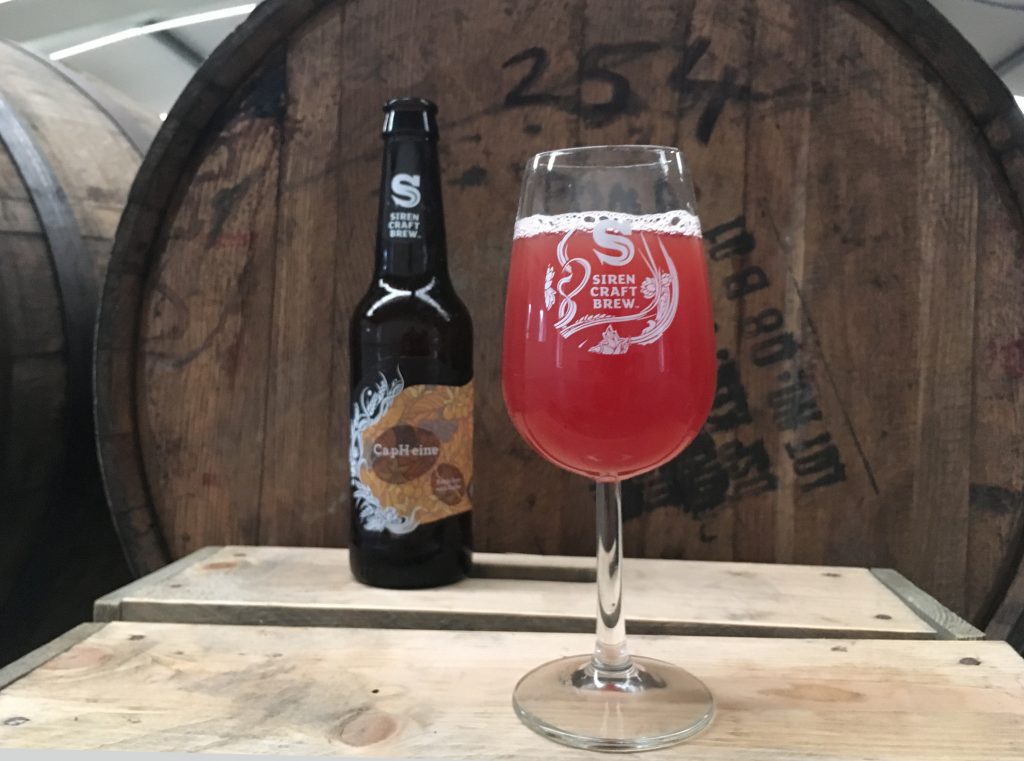 For this beer we happily paired up with Climpson and Sons in London. The fine people from Climpson were the first coffee roaster we approached about doing the project, and as such they got to choose from the rough concepts we had floating around as ideas. They jumped on the chance to make a coffee sour beer with us. capHeine is a kettle sour beer with a biscuit, bready malt notes that utilises hibiscus and raspberries along with a Kenyan coffee to create a cacophony of flavour. The Kenyan coffee is floral and fruity with lots of redcurrant, cranberry, plum, red fruit notes and some light hibiscus florals. It's a washed coffee that can also be described as jammy, full-bodied and clean; a perfect accompaniment to a fruited coffee sour. This is our most nuanced coffee beer with the goal of balancing the coffee notes and the sour, fruity notes of the base beer. Expect coffee on the nose and a hint in the flavour. 17 kg of coffee was used and added only post fermentation, using the hot brewed method. Mosaic, Palisade and Bravo hops were used in both kettle and a small dry hop addition. Hibiscus was added in the boil and some 120 kg of Raspberries were added to the fermenter. Climpson & Sons will be in attendance at our Project Barista launch on Saturday, holding talks on all things coffee! 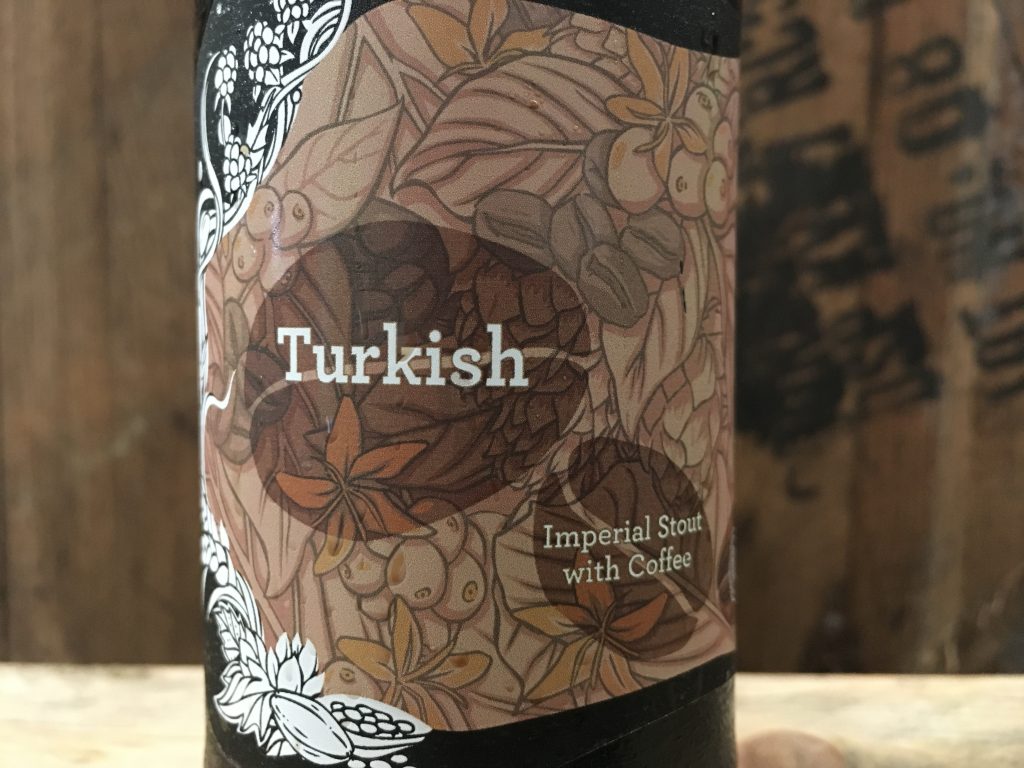 We knew we wanted to make one of the beers in the series a blow out of flavour, Turkish is just that. This 10% alcohol beer is loosely inspired by Turkish coffee and the traditionally accompanying sweet treat Turkish delight. A very intense beer that has 37kg of coffee infused into it in a variety of ways. We partnered with Tamp Culture Coffee roasting out of Reading for this one. After some taste tests we chose to use a Thai coffee from a producer called Doi Chang. It has lovely smooth spicy notes and a nice citrus sweetness, but also a good body that we thought would work really well with this beast. We added coffee at three points in the process, first we added 8 kg to the whirlpool before the wort was cooled and fermented. Second we added 30 kg to the fermented beer, like we would dry hops, via our Spinbot, while the beer was holding at 21 C. Finally we added 7 more kilograms once the beer was chilled to 0°C, to bump the coffee notes just a bit more! On top of all that coffee we included some vanilla in the Spinbot, along with a sprinkling of orange zest. The Whirlpool also saw some orange zest and nutmeg. To top it all off we added 420 kg of figs to the fermented beer. Indulgent?! Us?! Tamp Culture Coffee will be serving up their own Turkish Coffee at our launch this Saturday! It uses the exact same coffee and some of the additional ingredients that we put into the beer, why not try them side-by-side?

Project Barista launches around the UK on Saturday 24th June. You'll also be able to pick up all four beers from our online shop from Saturday.