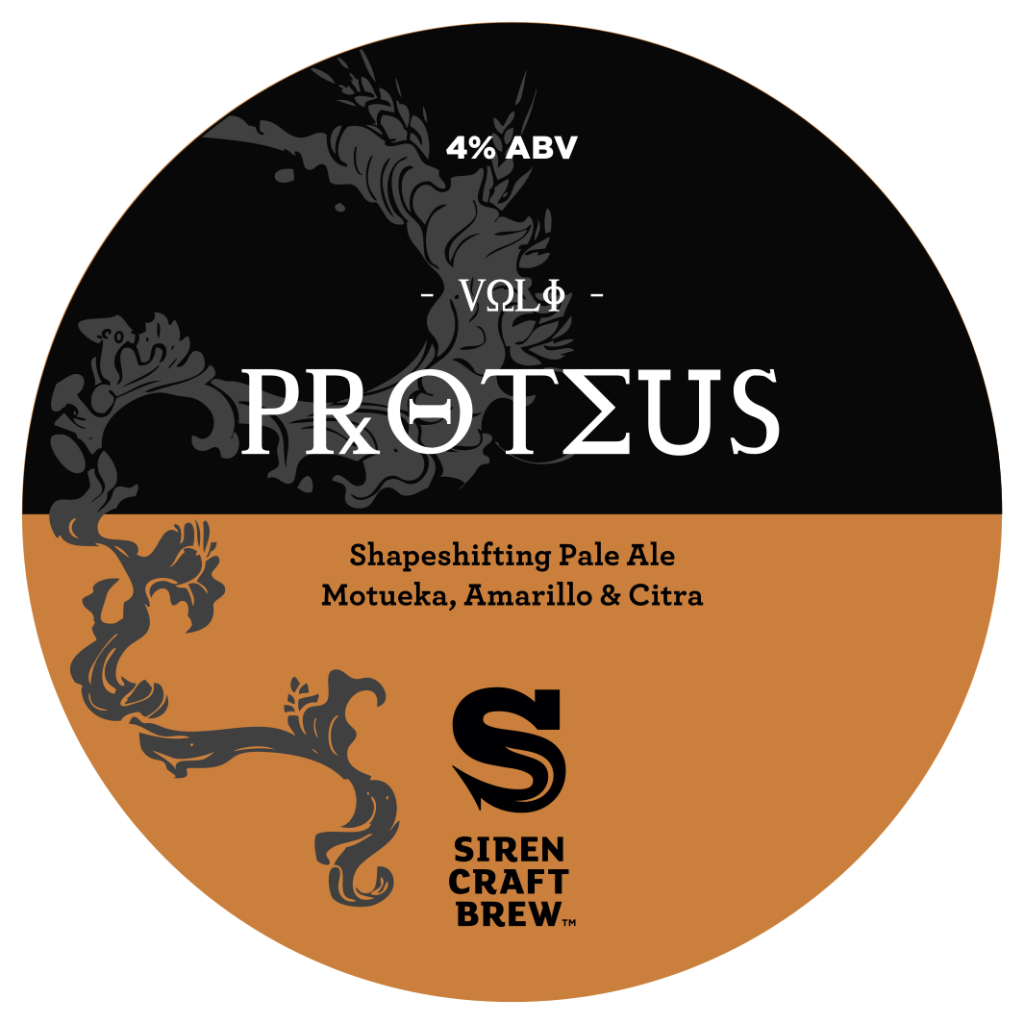 Last week we announced a new Pale Ale series running throughout this year called 'Proteus'. Now we can get on and reveal the details of how the first 'Volume' of our new shapeshifting beer has come together. The hops for Proteus Volume I are Motueka, Amarillo and Citra, so there will be three brews of this combination, each experimenting and refining how they are used and when they are added. Three of our team, Steve, Felix and Alan have all been in charge of developing the first ever Proteus brew. The thought process behind this one is to try and keep everything well balanced to provide a good basis for experimentation and tweaking of the next two developments, although the brewers have decided to lead with Motueka, so it’s roughly a 40% / 30% / 30% split across the whole brew. We’ve used Citra and Amarillo in the first wort. First wort hopping means adding hops while the kettle is still being filled, and therefore while the temperature is still rising. This extracts oils (and therefore flavours) in a gentle way, as well as developing bitterness and aroma that is smooth and well rounded. We use the same technique in Soundwave. The reason for using Citra and Amarillo at this stage is to try and extract floral and tropical notes at an early stage, as all three hops in Volume I are very citrus-focussed and we think that this will come through strongly later on. Motueka and Citra were used at the 40 minute addition in the boil, so most of the bittering came through here while picking up aroma at the same time. Amarillo featured again late on at the 5 minute addition, again for maximum pick up of the more floral side of tropical fruits which we won’t get from the other two hops.

In terms of dry hopping, nothing was planned until we could taste the beer and see where additional and complementary notes could come into play. As expected, a really juicy and limey profile had come through strongly from the Motueka, so the first dry hop was largely Amarillo to balance this out somewhat. We then did a second dry hop of all three hops in equal proportion, the idea being to lift everything up a final level before release. The first kegs and casks of the Proteus series will go out from Monday 8th February. Please let us know what you think in the comments section below, or over on Twitter or Facebook when you try it!
Share