As we round off the end of our 2nd year of trading, we are really excited to announce the next incarnation of the Rainbow Project for 2015. This project was started as a way to get a group of brewers together in the UK and challenge one another to push our creativity to the limits. If you are new to the concept, for the first year we took 7 UK brewers, paired them randomly with 7 colours from the rainbow and asked them to brew a beer "Inspired" by the colour.  This years version was a massive success as we paired up 7 of the best UK brewers with 7 of the best brewers around Europe & 1 in the US, bringing together some of the UK's favorite brewers such as Magic Rock with world hits such as Evil Twin. Never wanting to sit on our hands , after the launch we immediately set to thinking how could we change the project for next year and try keep the idea fresh and interesting. With that in mind today we can announce the participants in the Trans-Atlantic Rainbow Project 2015. All the UK brewers from last year are returning and they will be paired with 7 fantastic breweries from the United States known for their imagination and flair. Firestone Walker, Cigar City, Dogfish Head, Arizona Wilderness, Crooked Stave, Prairie Artisanal ales, and Surly are all joining our project for this year. Once again there will be no established boundaries for what the brewers can brew and we only ask them to think of inventive ways to interpret the color they end up with. We are still in planning for when to launch the beers and where but we will once again be doing mix cases of the 7 beers and hopefully a mini-fest of sorts to show them off plus beers from the visiting breweries as well. 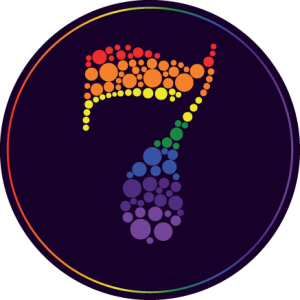 Tomorrow we will release the pairings and we will send out updates through out the year.
Share
RELATED TAGSarizona-wildernesscigar-citycrooked-stavedogfish-headfirestone-walkerprairie-artisinalrainbow-2015surly-brewing-co