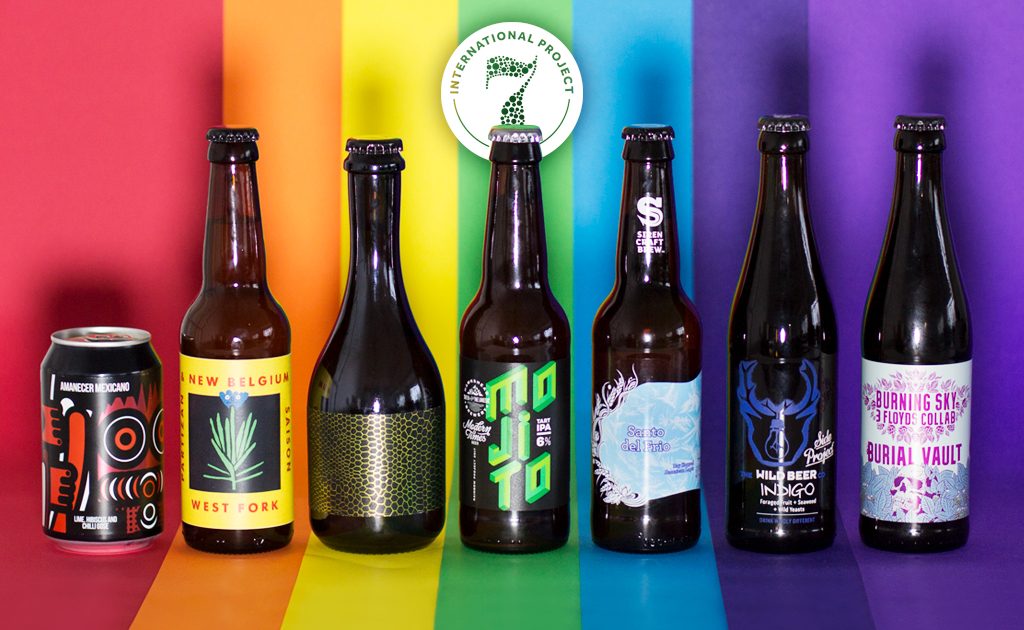 We're very excited to bring you the International Rainbow Project 2017! In advance of the launch this weekend, have a read up on all the brilliant collaborations below. 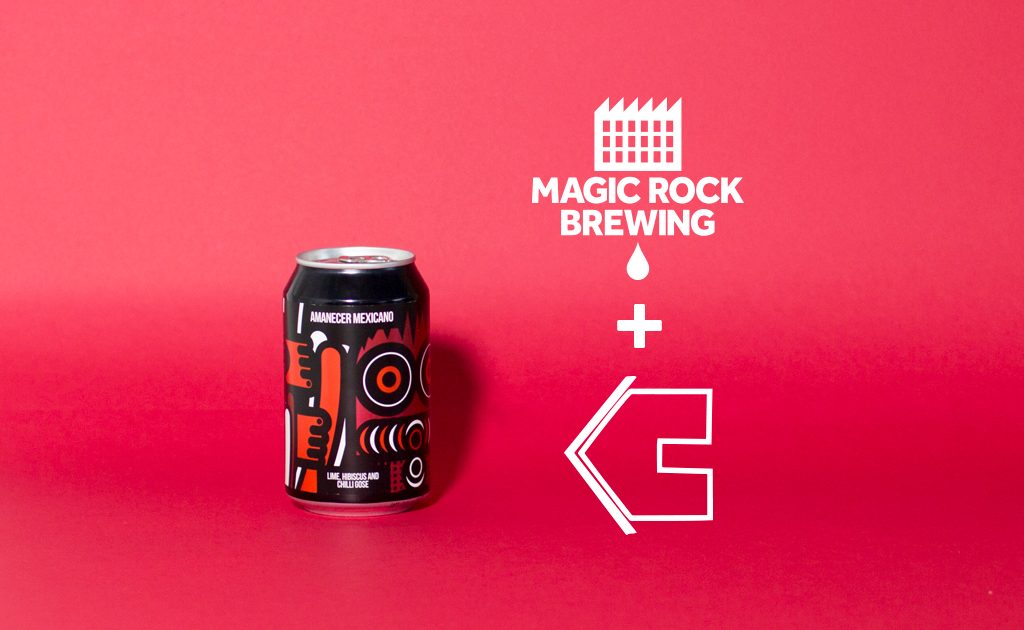 Red: Magic Rock x Casita Cervecería Name: Amanecer Mexicano Style: Lime, Hibiscus and Chilli Gose ABV: 5.8% What the brewers say: We drew Red and Casita this year and bandied about a whole bunch of ideas. Eventually we realised we were circling around Mexican flavours that we all loved, so Ryan, Rich, and I looked into the flavour profiles from some traditional Mexican drinks and dishes that A) we like, B) played well together, and C) wouldn’t completely terrify the British palate! In the end we decided that the rich, savoury, sweet, chocolate, and umami flavours in mole sauces that come from a wide variety of dried chiles, tamarind, and cinnamon would provide the subtle base of the beer, and be accentuated by bright tart flavours of hibiscus and lime– just like you might find in a traditional tiendecita. A subtle complexity of flavours in the meal followed up by refreshing tastes from the aguas de tamarindo, Jamaica, limón, and horchata. 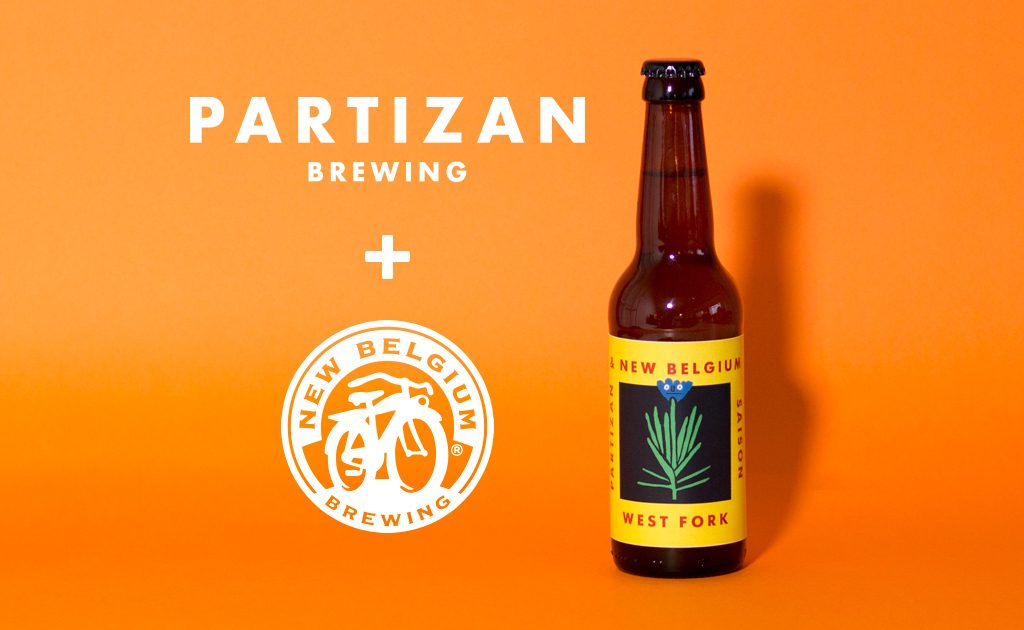 Orange: Partizan x New Belgium Name: West Fork Style: Saison with spruce tips and experimental hop 522 ABV: 5% What the brewers say: We have orange and green - This year is orange so we thought about the idea of the destruction of nature and the rebirth of it such as a phoenix or fire destruction leading to regrowth. The area where the spruce tips were sourced is called Pagosa Springs, Colorado. It’s in the San Juan Valley. Super gorgeous area. About four years ago, this area experienced terrible wild fires that were referred to as the West Fork Complex.  About 109,000 acres burned. So this area is experiencing a ton of rebirth and growth after that fire. The new trees aren’t mature enough yet to produce the quality of tips we used , but there’s a rejuvenating story to be told there that all stems from fire. 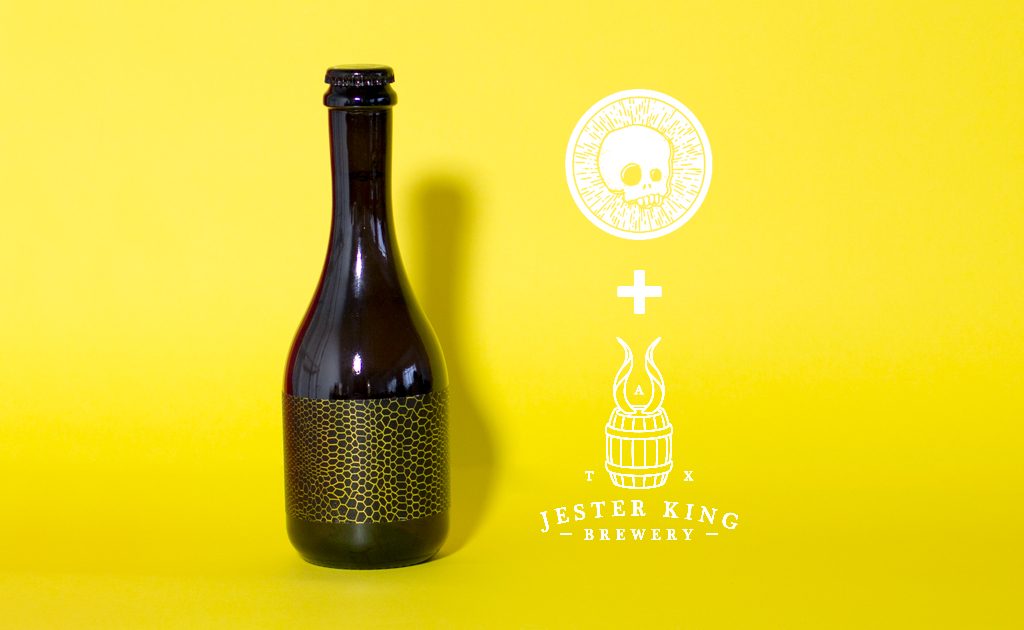 Yellow: Beavertown x Jester King Name: Rex Apiary Style: Bière De Miel with Honey, Rosemary & Texas Dried Lemons ABV: 4.7% ABV What the brewers say: Our colour this year was yellow so we thought about seasonal ingredients which were yellow in both of our areas, and decided on using honey and beeswax from local honey producers, and some texas dried lemons, with some rosemary to compliment the flavours. Jester King also shipped in some of their house culture which we used to ferment the beer. So the beer is combination of whats local, and native to both of us. Aged for a few months in ex-Sauvignon Blanc barrels from France. 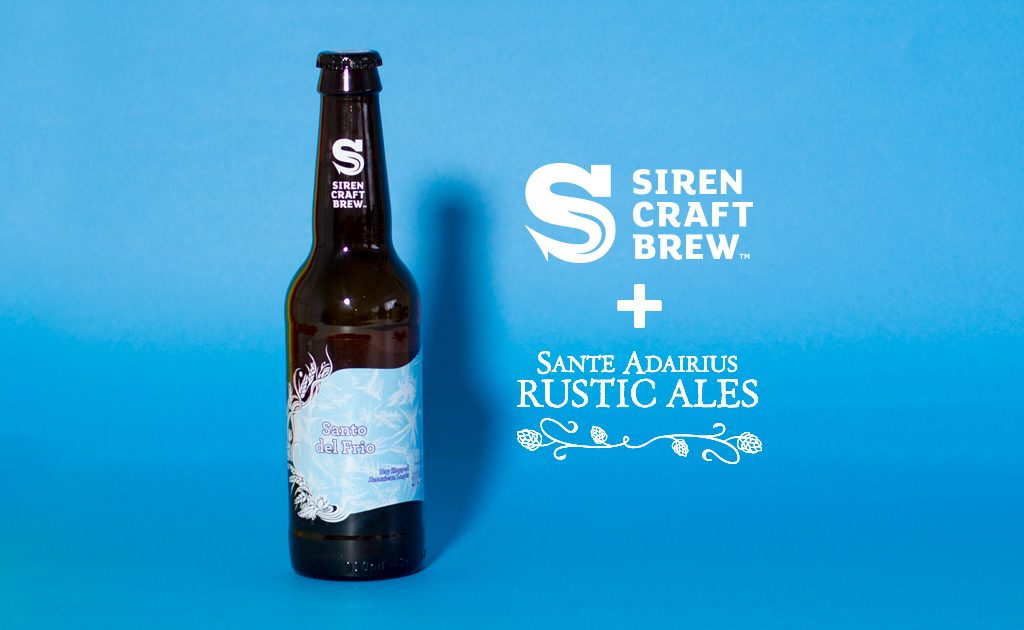 Blue: Siren x Sante Adairius Name: Santo del Frio Style: Dry Hopped American Lager ABV: 5.2% ABV What the brewers say: We drew the colour blue for this year’s Rainbow Project, and set to work on the challenge, keeping our barrel aged beer in mind for 2018. We decided to go an entirely different route this time out and brew a lager with our new friends at Sante Adairius. It’s fermented cold and the theme follows through; we added heaps of cryogenically frozen hops! We’ve used an American lager yeast sourced close to Sante Adairius’ home in California. We’ve also taken some Mexican influence, with blue corn tortillas in the mash and blue agave syrup in the boil - which we aged in Tequila barrels beforehand for an extra flourish. We hope you enjoy Santo del Frio - Saint of the Cold! Read more on our Santo del Frio blog post » 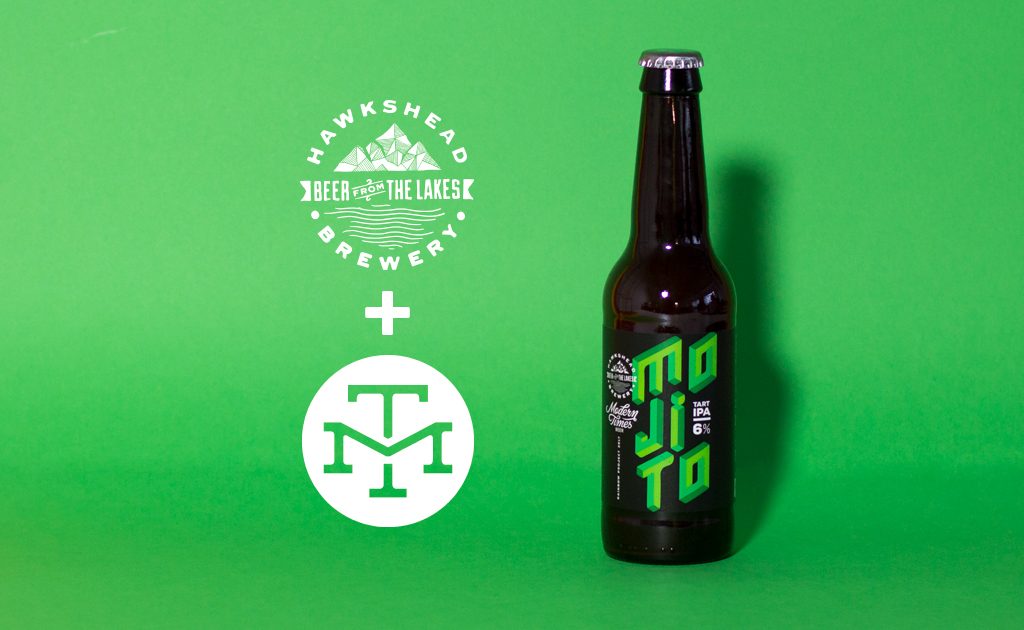 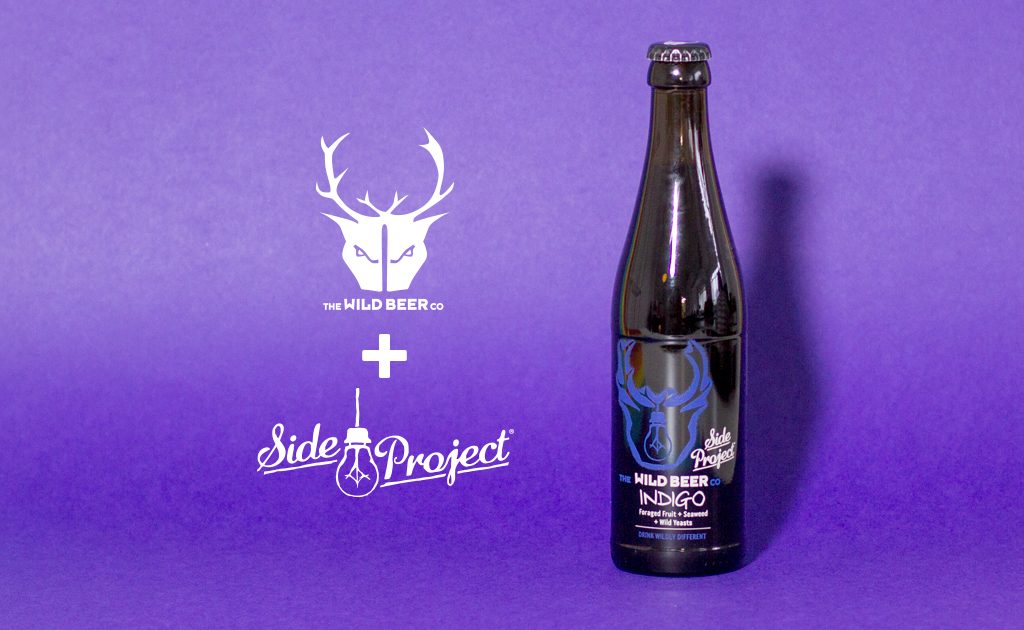 Indigo: Wild Beer Co x Side Project Name: Indigo Style: Sour Wheat Beer with Foraged Fruits ABV: 5% What the brewers say: Our Rainbow Project beer is a Transatlantic sour wheat beer, with Somerset foraged fruits. The base water has been infused with foraged seaweed from the Cornish coast to give an umami saline character. We have used our house wild yeast cultures and at the peak of fermentation added foraged elderberries and blackberries from local hedgerows. 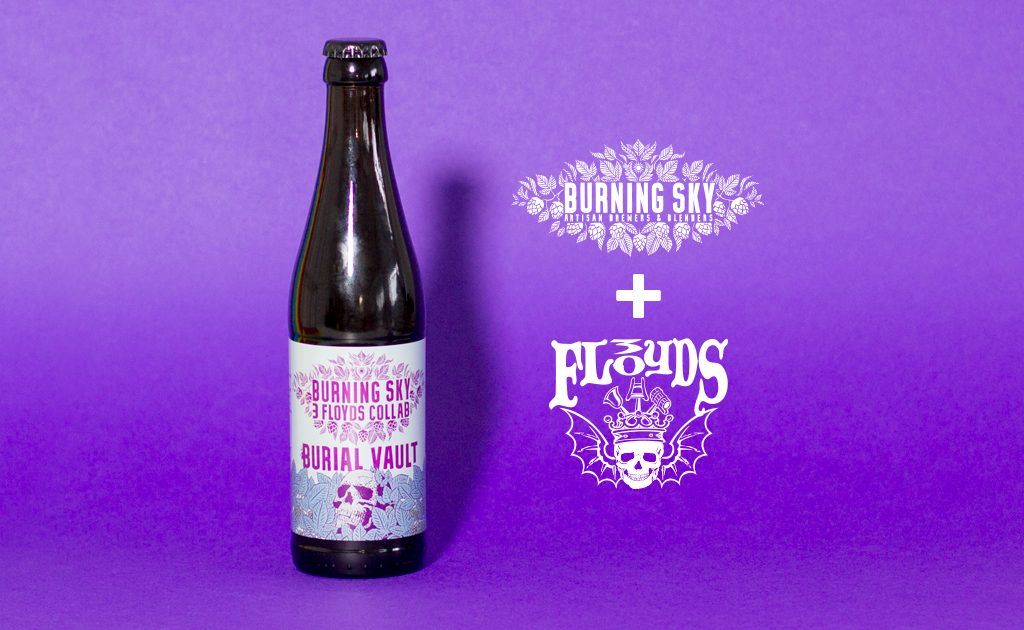 Violet: Burning Sky x 3 Floyds Name: Burial Vault Style: White Stout ABV: 8.4% What the brewers say: Bashing ideas out with 3 Floyds, we found solace in this White Stout. A huge grain bill was rounded off with some lactose in the kettle for softness. Aged in a mix of Burgundy and Bourbon barrels for a deep oak and subtle violet flavour.