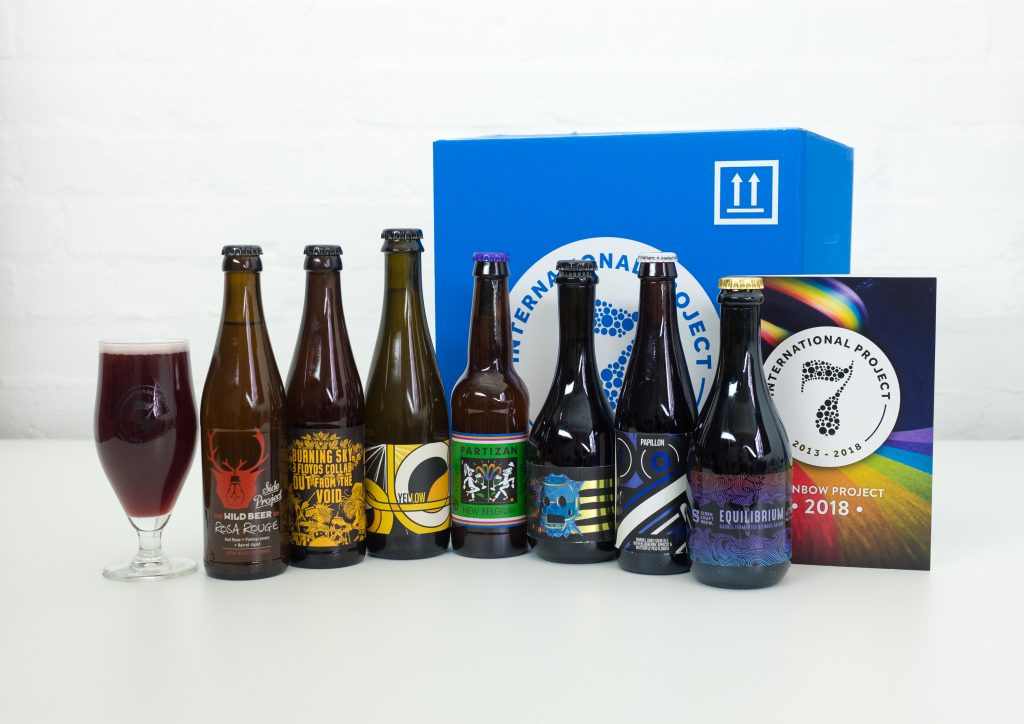 Rainbow Project began during Ryan Witter-Merithew's tenure in 2013, when he was the Head Brewer here at Siren. Since then, it's been a rollercoaster of International Collaborations and interesting beers. This year, we celebrate the Rainbow Project for the last time at Siren.

As we say goodbye to the Rainbow Project, this isn't a sad occasion. It's going out with a bang - 7 barrel-aged bangs in fact. Those of you following us or HonestBrew on social media this week may have seen all the 7 Rainbow beers announced. For those that haven't, here they are in all their glory. Remember, all 7 beers, plus guest beers from each UK brewery and many more will all be pouring at the Rainbow Project party here in Finchampstead on Saturday. It's sold out and there will be no tickets available on the door. 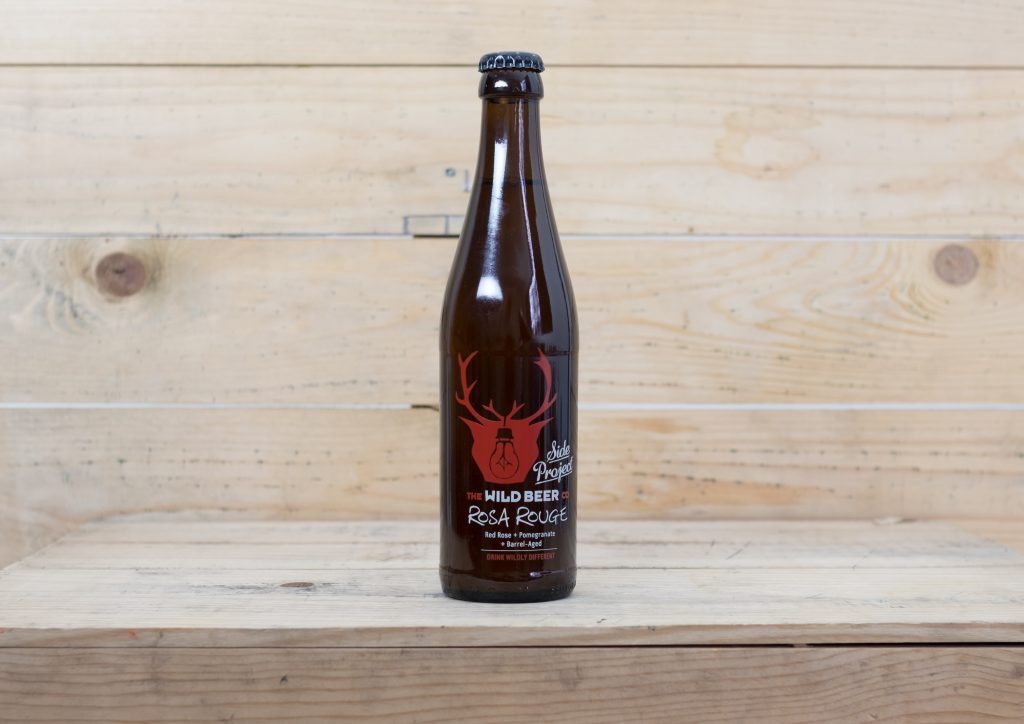 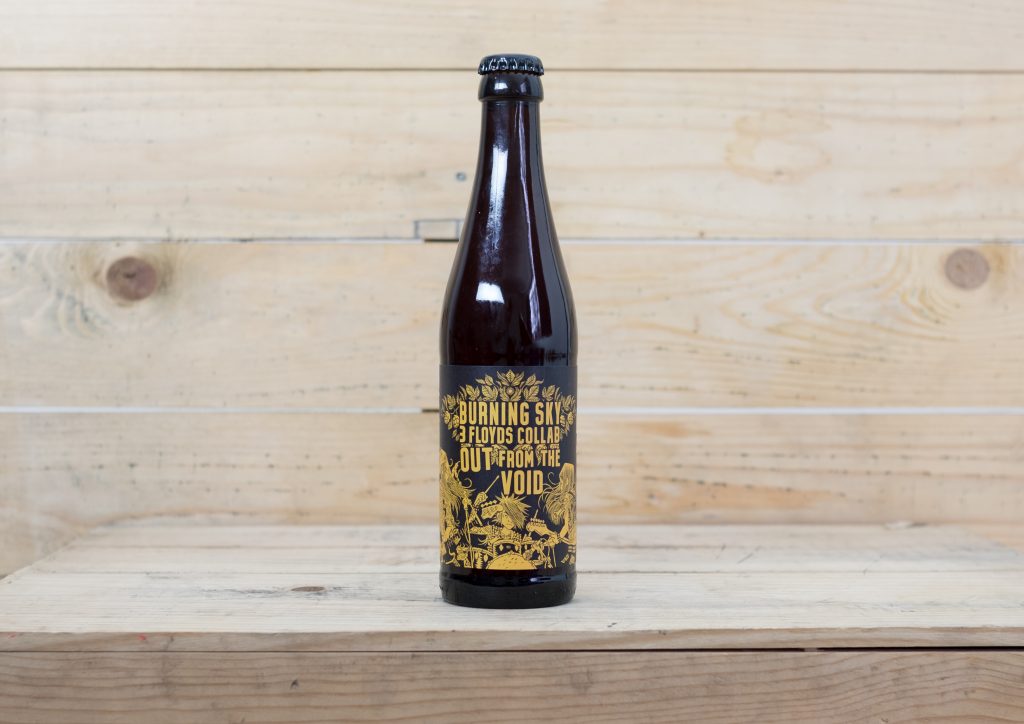 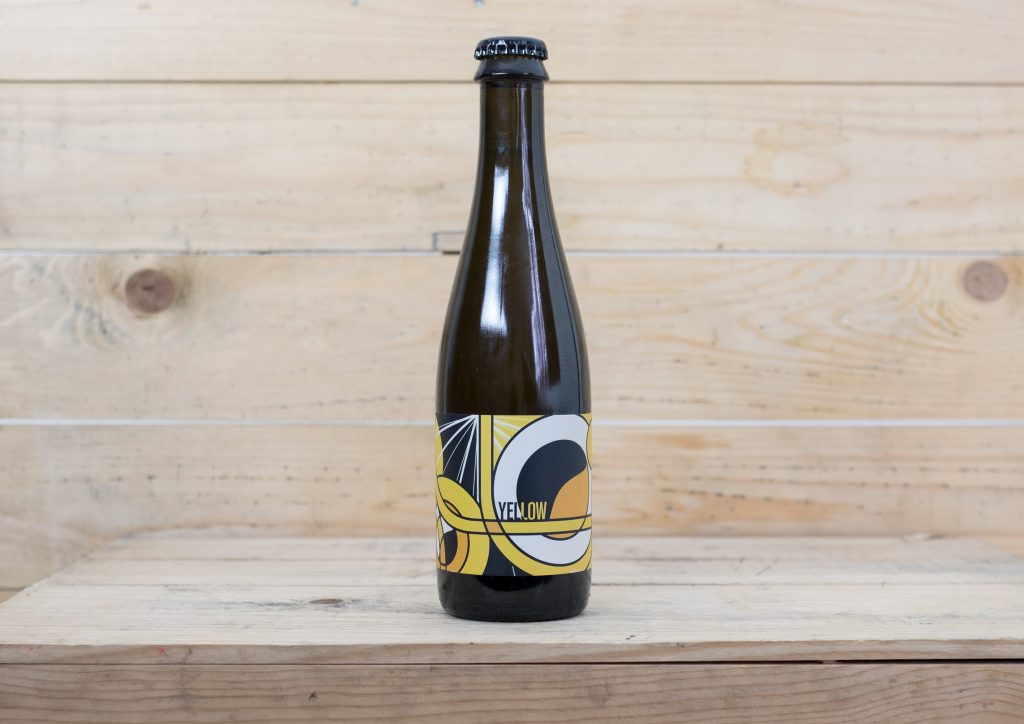 Colour: Yellow Breweries: Hawkshead x Modern Times Name: Yellow Style: Mixed Culture Barrel-aged Saison with Apricots ABV: 5.3%A mixed culture barrel aged saison with apricots brewed in San Diego. Fermented with Modern Times’ house wild yeast and a wildly foraged yeast found on loganberries (a blackberry and raspberry hybrid) this transatlantic collaboration was then rested in red wine barrels before going through a secondary fermentation on over 3 lbs/gallon of Southern California apricots. Yellow pours a pale starlit shade of gold with a light white head. It has the aroma of sunripe apricot skin and a balancing tartness and bright fruitiness round out the sensory experience. 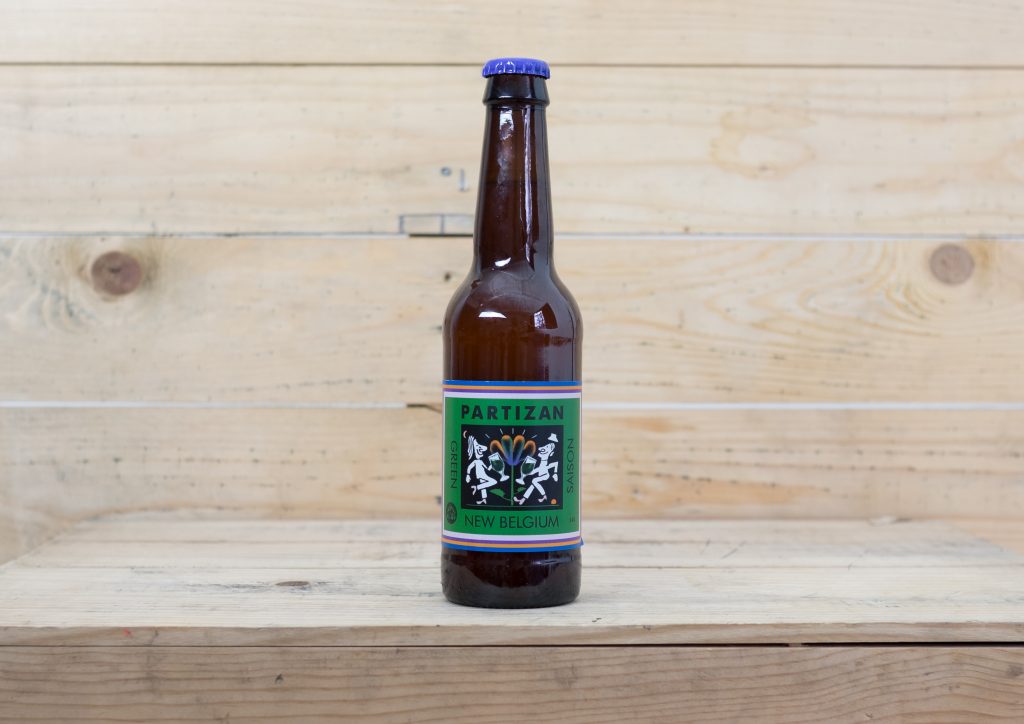 Colour: Green Breweries: Partizan x New Belgium Name: Phoenix Style: Wood Aged Saison with Aged Hops ABV: 5% A continuation of last year’s theme of destruction and regrowth, Phoenix is a “green” inspired wood aged saison that takes full advantage of the unique character of aged hops. Partizan’s aim was to showcase the flavours drawn from older hops and the barrel in the purest way possible, deciding against spirit barrels and mixed cultures in an effort to bring the nuanced flavours to the fore and retain a “greeness” to the beer. A simple yet bold counterpoint to this year’s releases. 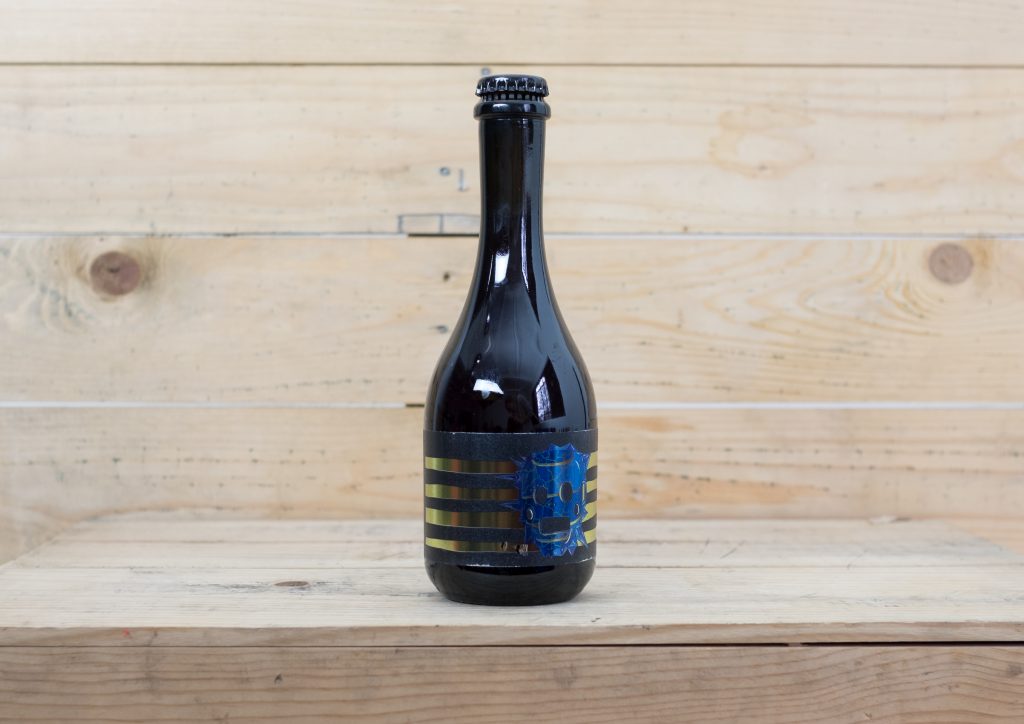 Colour: Blue Breweries: Beavertown Name: Lapis Lazuli Style: Sour Ale inspired by Ancient Egypt ABV: 8.2% A sour ale inspired by ancient Egypt. Beavertown drew inspiration from natural winemaking to produce an amphora and barrel aged beer. Beavertown pieced together a complex grist including Teff grains (a historic North African grain) as well as barley and wheat. For a fruit addition they used Pinot Noir grape must from Forty Hall vineyards in North London. The beer was then fermented with a sour mix featuring a range of wild yeasts and bacteria, simulating the cultures which would have been prevalent in pre-20th century beer production. The beer was then aged in amphora and red wine barrels on pinot noir grape skins for eight months. 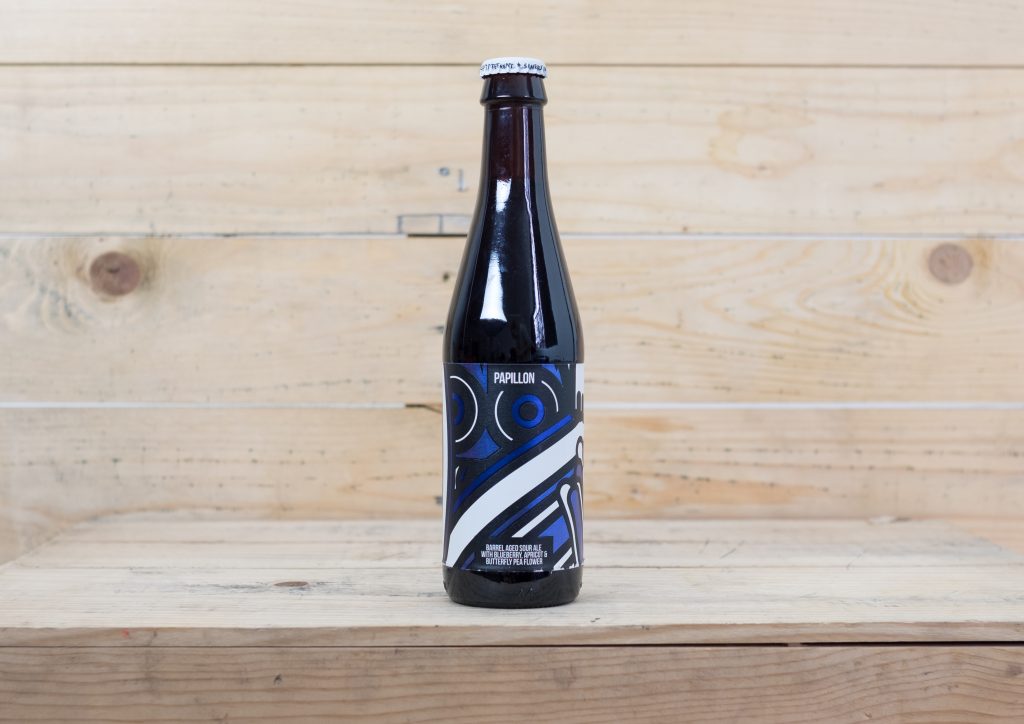 Colour: Indigo Breweries: Magic Rock x Casita Cervecería Name: Papillon Style: Barrel-aged Sour Ale with Blueberry, Apricot and Pea Flowers ABV: 7.5%Magic Rock’s Indigo release comes in the form of a barrel aged sour ale with blueberry, apricot and butterfly pea flowers. The foundation of this finale comes in the form of beautiful French oak barrels.The freshly emptied barrels came from different Châteaus nestling against the “Garonne” river in Bordeaux. The white wine was made from varietals of Sauvignon Blanc and Sémillon (2013 and 2014 vintages). Atop of the base beer fermented in the barrels with a mixed wild yeast culture butterfly pea flowers were used to introduce the colour indigo. To augment the colour and add a fruity depth, blueberry and apricot concentrate were added. The blueberry a fitting link to Magic Rock’s first Rainbow Project beer in 2013: a blueberry IPA they called “Beauregarde”. 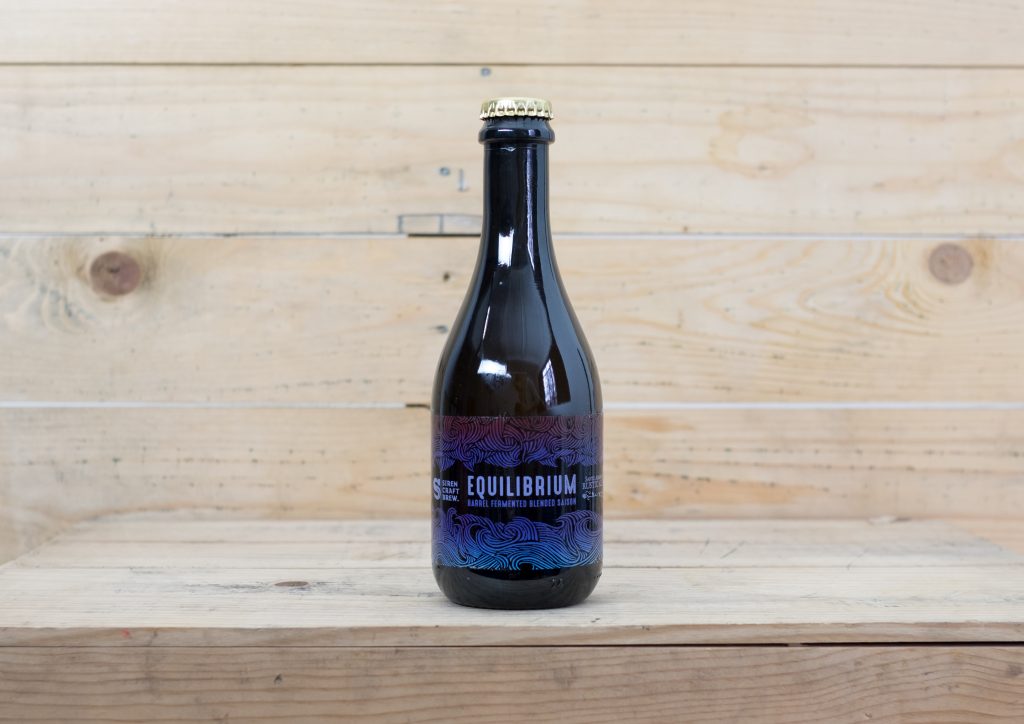 Colour: Violet Breweries: Siren x Sante Adairius Name: Equilibrium Style: Red Wine Barrel-Fermented Saison Blend ABV: 5.8%Equilibrium is a red wine barrel fermented saison. This year Siren wanted to create a concept to link up with their previous release, the “blue” themed Santo del Frio. The theme for Santo del Frio was tied to cold, Siren even used cryogenically frozen hops! In order to get to violet, they blended that beer with something hot. A red-inspired, warm-pitched, red wine barrel fermented saison. The finished beer is Equilibrium - violet. It displays flavour-packed character from across the spectrum, while crucially, being a complex but incredibly easy drinking saison.

We're super pleased with our final Rainbow Project beer and whilst we're sad to see the project end, we're excited for what new brewery doors might open in the future. We want to extend a huge thank you to Ryan for coming up with the idea, and every single person from every single brewery who has worked hard to produce so many great and interesting Rainbow Project beers over the last few years. We also want to thank HonestBrew for their help with the mixed cases, but mostly you guys who buy and enjoy these beers. You're the reason we do it! It's been a blast, we'll see you Saturday for the party! If you'd like to buy this year's mixed case, they are available from Honest Brew now! 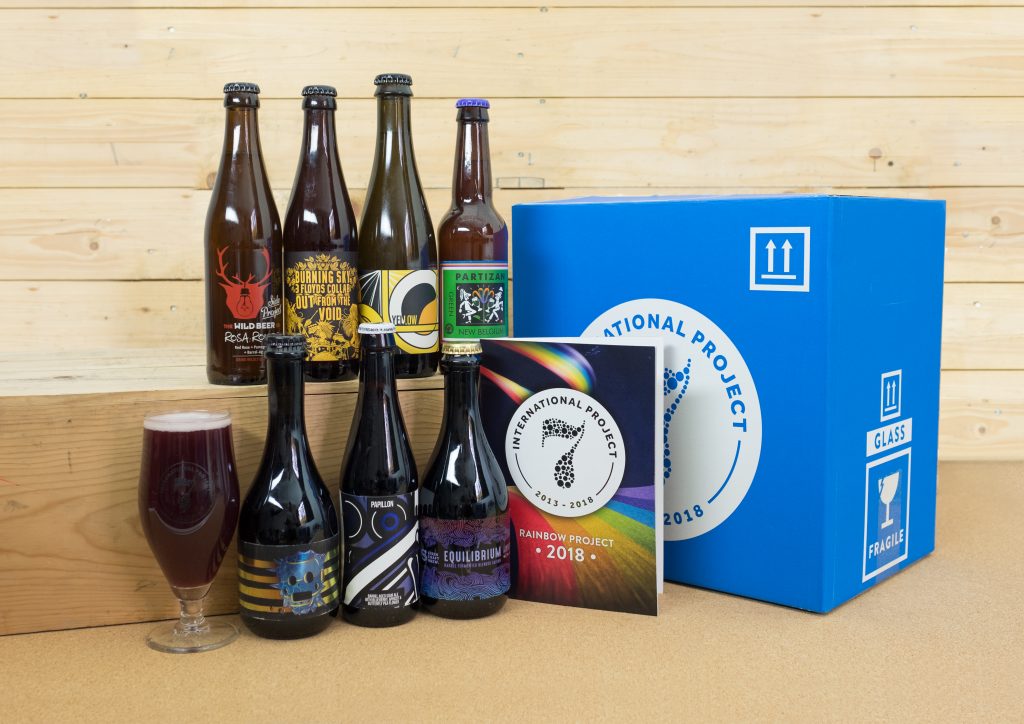