Siren hails from a tiny Berkshire town, Finchampstead. It may be where our world begins, but it isn’t where it ends. As well as distributing to and visiting bars, bottle shops and festivals all over the UK, we export a small amount of beer to more than 15 other countries around the world. It's always brilliant to be able to share our beers and stories with new people.

One of those countries that we see as somewhere on the cusp of a craft beer explosion is China.

In May, our founder, Darron, and Sales Manager, Patrick, jetted off to the land of the red dragon to join a host of other breweries from around the world at the Shanghai Craft Beer and Food Festival. The goal was to spread the good word of Siren and seek out pastures new for our products. Well, that and experience the incredible sights and sounds of China, naturally.

Here's what Patrick made of it...

Shanghai is the world’s most populated city, which means there's a lot of potential craft beer drinkers. With an opportunity of that size, we only thought it right to get out there to experience the city first hand.

We were absolutely blown away by the following our beers already have in the Far East, especially Maiden and Yu Lu. After spending the first half of the morning signing t-shirts and having our photos taken with the locals, we started pouring our beers – Ten Dollar Shake, Maiden 2017, Broken Dream and Pompelmocello – for the attendees. In sweltering temperatures, Ten Dollar Shake and Pompelmocello proved very popular. 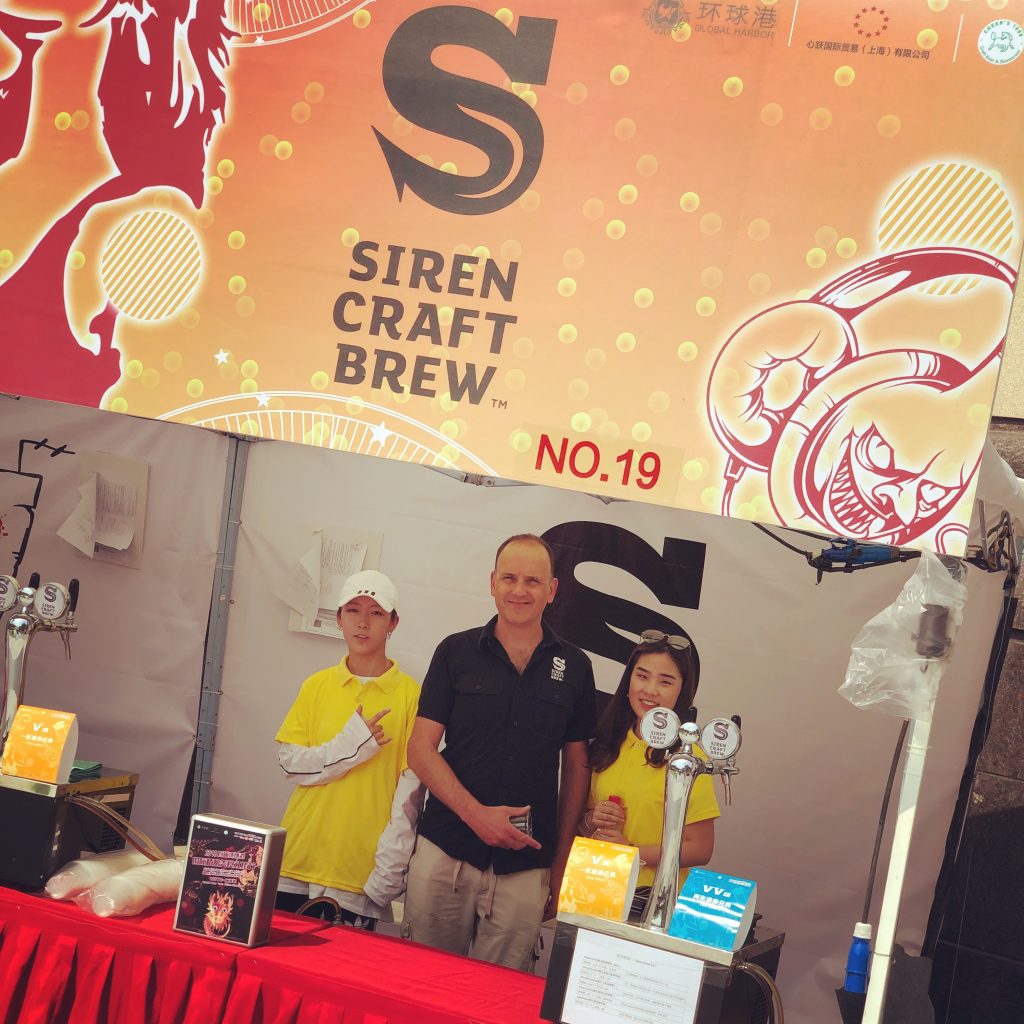 Not only did the festival showcase some of the world’s best craft breweries, but also some local cuisine. We both fancied trying some ‘Mountain Chickens Fall In Love With Frog’ along with some of the other brewers. It might not have been to everyone’s taste and I may have struggled with chop-sticks; however, we can confirm it is @MagicRockRich’s favourite dish.

Seeing the beer scene first hand in China was eye-opening. There is a demand for fresh, world class beers and the size of the market excites us and our peers. We hope to get a lot more great beer over to the good people of China very soon, and on a personal note, I can’t wait to visit again.

Shanghai, we love you. 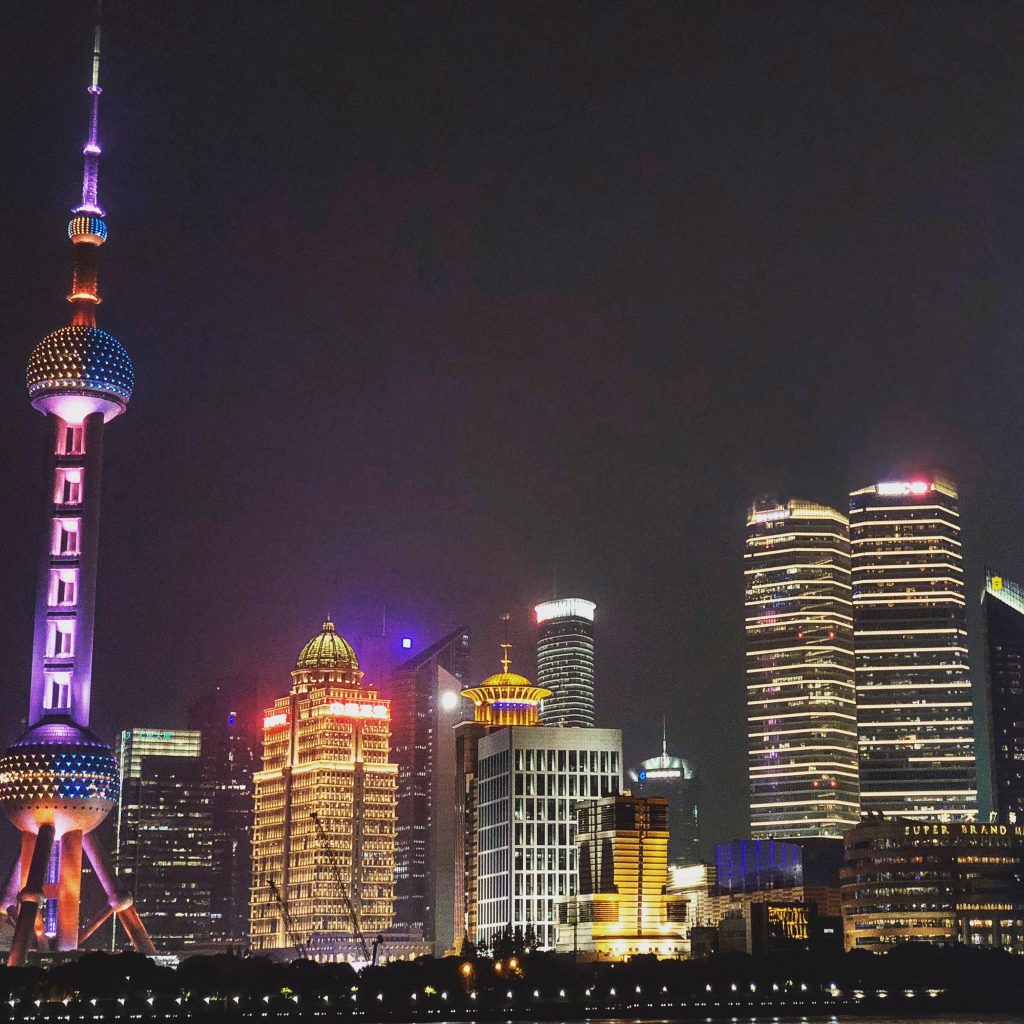 Upon their return, Darron went straight off to Magic Rock’s awesome “Sesh Fest” with Marketing Manager, Andy. Here's what Andy had to feed back to us...

Back on UK soil, we were delighted to head up to Huddersfield to be a part of Sesh Fest, the inaugural invitational festival held by our friends at Magic Rock Brewing. 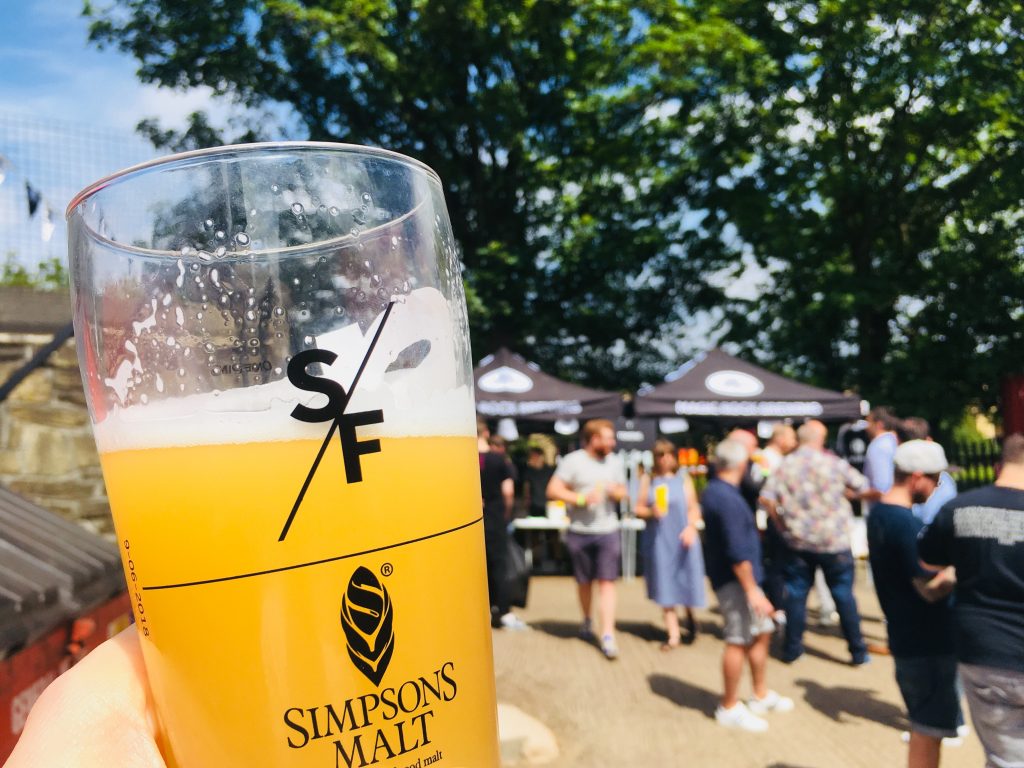 Now as we all know, the beer events calendar is pretty hectic, but Magic Rock didn’t just set out to put on just another festival - they brought a new concept to the table entirely. SeshFest focussed entirely on low ABV (sub 4.5%) beers, with all brewers pouring two or three examples of their own work.

We took along Zu Lu (a special variation of Yu Lu with Yuzu juice), White Tips (our Spring seasonal Wit Session IPA) and Suspended in Magic (the latest in our hazy pale ale series, brewed-for and named-after the festival).

There are a few reasons why this approach was so refreshing. Magic Rock themselves say:

"When the idea for the festival was conceived, we wanted to offer a festival that was different to a lot of the other festivals around, putting the enjoyment and relaxation of attendees and brewers at the centre of the event and concentrating on the joy of beer as a social lubricant. To celebrate beer but also to avoid too much queuing, too much evaluating/rating and the associated FOMO (fear of missing out) that can accompany some of the most popular festivals.”

With each beer being in plentiful supply, there was no rushing around and ticking off brews for the guests. In turn, this gave us as brewers more opportunity to talk to people about our beers and the stories behind them. We also loved the range of breweries on offer. With the focus being on session beer brewers, we were pouring alongside the likes of Adnams, Timothy Taylor’s and Rooster’s to name just a few. It felt like a real coming together for the heritage of British brewing and the new wave, with some delicious results.

Overall, it was just great to see so many people relaxing and enjoying beer among friends and family. Here’s hoping that Sesh Fest becomes a permanent fixture in the calendar - we’ll be grabbing tickets next year!

So there we go, a bit of a report on a busy busy few weeks for Siren. This weekend we'll be pouring at Nottingham Craft Beer Festival and featuring in a national showcase at Brewdog Bars around the country.

Check our events page to see the next trips on the horizon!