By now, I'm sure you've all seen our "Suspended in..." series of beers. It may have been the blue bottles of "Suspended in Space" (The only beer in the series that we've bottled) or a version of it in your favourite craft beer bar.

Suspended in... beers are an experimentation of hop rotation and different ingredients to create varying flavours and combinations from what is essentially the same beer. The beers often serve to highlight the wonderful little differences in flavour and overall experience you get between keg and cask creating an exciting and evolutionary drinking experience. We wanted to tell you a little bit more about what this series is and why we're so excited about it.

The History of the Suspended in... Series.

We've always liked to experiment. Some of you may remember the "Dinner for..." series of beers, brewed with Andy Parker from Elusive Brewing, which allowed our brewers to experiment with different hop combinations. We then moved on to "Proteus IPA", which took the hop combination experiments to the next step, but our desire to 'try' is never satisfied. We wanted an outlet to play around with sessionable hazy pale ales and thus the idea was sparked. Because that we wanted that hazy end product, the name came quite easily with a play on the occurrence of "yeast in suspension". Thus "Suspended in..." was born. Over the last year or so we've made a variety of different beers in the series using different adjuncts and hop types to bring different characteristics and flavours to the table. 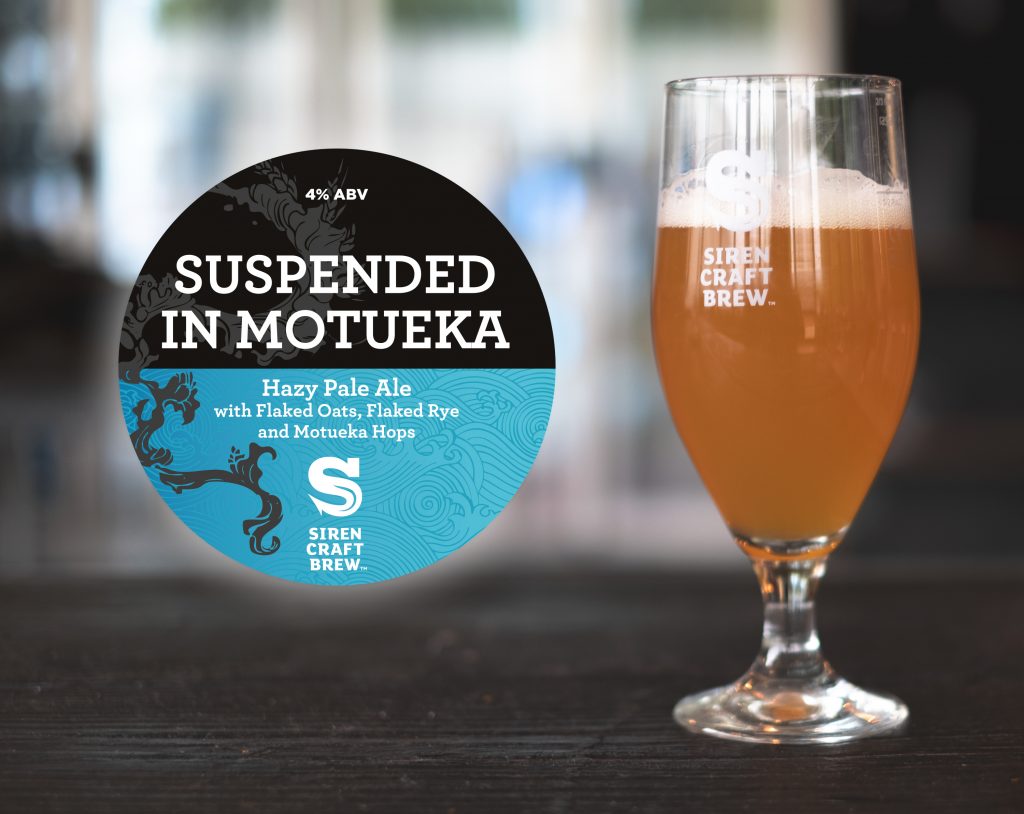 Each beer provides its own unique flavour and aroma profile. From the citrus haziness of "Suspended in Mosaic" to the tropical, almost lime mojito notes of the Motueka, the series constantly throws up interesting combinations.

No, really, the next in the series is "Suspended in Magic". You see, the finished name isn't always reflective of the chosen ingredient. For example, 'Suspended in Chaos" came about during a chaotic week here at chez Siren in the build up to our 5th Anniversary party. Rather than just 1 different hop, we went for a chaotic blend of 7, yes 7 (Galaxy, Motueka, Citra, Simcoe, Cascade, Amarillo, Columbus) to symbolise the goings on. Suspended in Space is different again as it is more amped up to the IPA status, giving it a higher ABV of 6.5%. So next, we make Magic. Magic in honour of our magically magical friends, Magic Rock. Yes folks, The awesome "Sesh Fest" takes place on June 9th and we have a very special batch of "Suspended in Magic" to celebrate. Magic is brewed with a tasty little combination of Simcoe, Mosaic, Ekuanot and Mandarina hops, using some "Cryo Hops", which is a powdered hop format, which helps to accentuate big hop flavours. Magic, like Space, ups the ante and borders on IPA. Magic Rock's Sesh Fest is going to be a good one. If you haven't already got a ticket then you'll be missing out as it's now completely sold out. 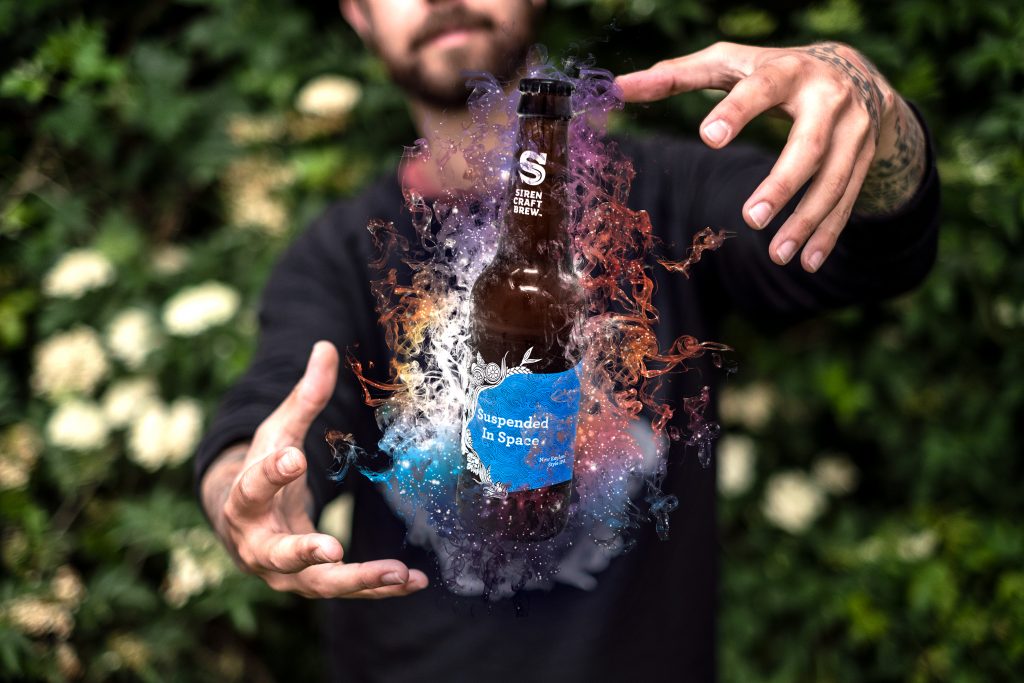 Suspended in Space was, and still is, different. Whilst it sits nicely in the suspended range, we amped it up to IPA levels at 6.5%. It's the only member of the series that has been bottled. We're now super excited that for the first time in the evolving Suspended in... series, we have a V2 of a beer! A fresh batch of Suspended in Space is here, which will be available in bottles, keg and cask. Suspended in Space V2 is fundamentally the same beer as before, so if it was one you liked then you'll be pleased. However, sticking with the evolutionary nature of the series there are some subtle tweaks in the brew so there will be a slightly different flavour profile. The new Space flirts with the West Coast, being slightly more resinous and less hazy than before. Stock of V2 bottles hits the webshop today - Click here to get your bottles. V1 is still available online so if you want to try both next to each other then add a bottle or two to your order, or find both available in the Tap Yard. To differentiate, check the gyle number on the back of the bottles, which is the "G" number next to the sell by date. G968 (or lower) is V1 - any greater number is V2.   Suspended in the Future We're pleased to say that at the moment, we've got no plans to end the Suspended in series anytime soon. We love making these beers as much as you good people seem to enjoying tasting them. There are endless hop and flavour fusions and we will keep working with them! Next in line is "Suspended in Centennial", which should have dank citrus notes backed up with pine from the Simcoe and Ekuanot hops. Although nothing past that is confirmed yet, we have lots of plans for more beers in this series; future hop choice is a popular discussion in the office.... you could call it a 'hop topic'?  On that bombshell... I'll end the blog, but before I go, make sure you head over to Twitter to tell us what you'd like to see being suspended?