Taking the plunge into Project Barista

We love coffee and beer, that’s a given. We even smuggled espresso immediately into our core range back in 2013. But we felt that coffee stouts should be the start of the relationship between coffee and beer, not the end-point. Our annual celebration of coffee in brewing, Project Barista, sets out to see where else we can take it. 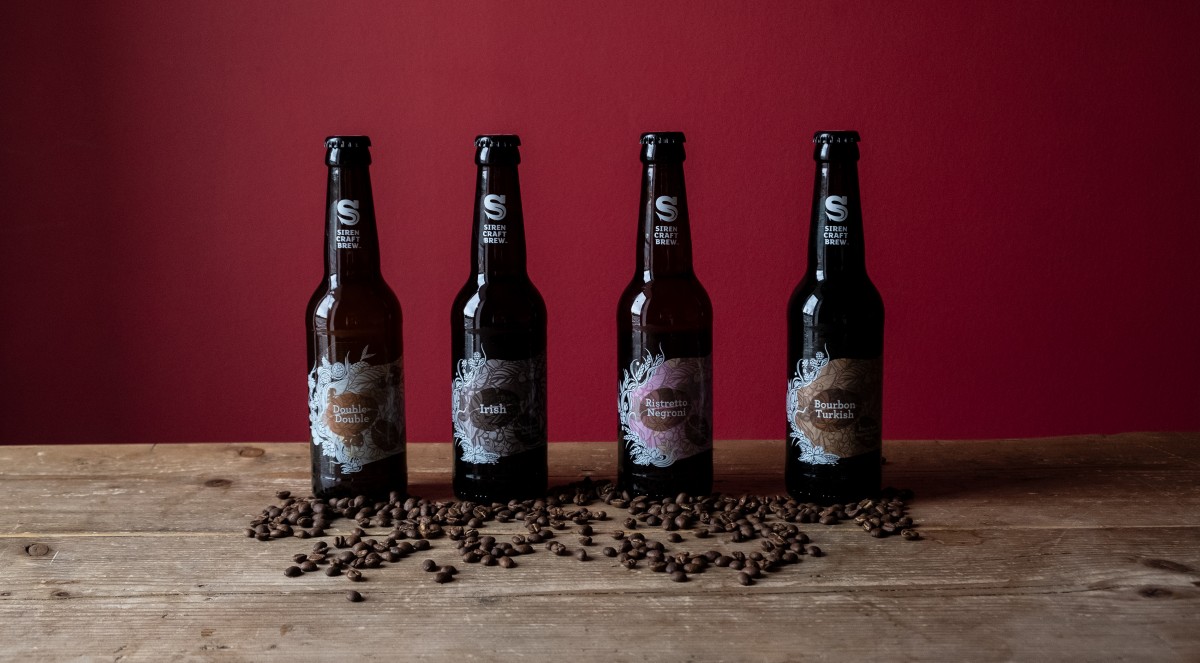 Ideas for Project Barista recipes come from all round the company. Inspired by food, drink, travel, experiences and flavour combinations picked up wherever and whenever. Our talented brew team, headed up by Dave and Steve, then have the daunting task of taking loose concepts and turning them into fully fledged beers, utilising the coffee to enhance flavour profiles (as opposed to just making beers that taste of coffee).

For that, we recruit the help of some of our country’s finest coffee roasters, specialists in their field and as passionate about their craft as we are about ours.

We think Project Barista 2019 is our favourite set of beers yet. The brew team have done a fantastic job and we couldn’t be more proud to showcase these diverse, unique and delicious creations.

In the wake of a successful launch event here at the brewery, attended by 650 of you, we wanted to go deeper into each brew and tell you a bit more about the process, the inspiration and the coffee.

A few months ago, we were approached by Pharmacie Coffee Roasters in Brighton, with the idea of collaborating on a beer. With Project Barista swiftly approaching it was perfect timing. In Pharmacie’s 3 and half years of coffee roasting they have collaborated on a number of beers, and this passion appealed to us. 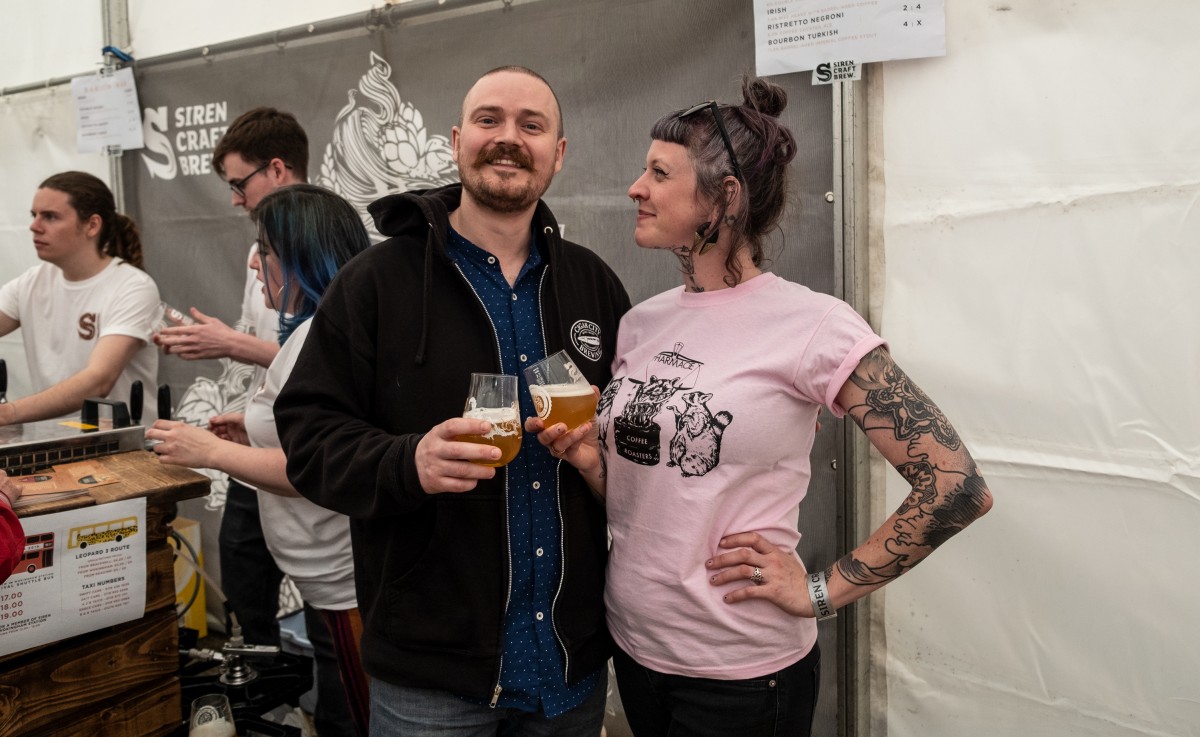 Tash from Pharmacie had this to say:

Coffee is a hard beast to extract using water as a solvent, and if that solvent is being used to also take on the hop, mash and yeast qualities it has to work even harder. So grind quality is important. In this case Sam was super keen to avoid too much colouration of the beer and having brewed a coffee pale before, we were keen to showcase the brighter, fruit notes of the coffee rather than the more full bodied, chocolate and toasted nut notes that are more suited to a dark style beer.

With this in mind we chose a coffee we have loved this year, sourced through Falcon Specialty. It is from a smallholder in Huabal, a region of Peru that is notorious for its problematic altitude. 70kg bags of coffee travel by human hands, mules, and then fishing boats to reach market. This coffee is part of Falcon’s new ‘Blueprint’ project in Peru where farmers are paid, in cash, on the day their coffee arrives with the amount paid relating to quality score (SCA 84 & above) rather than weight. This level of traceability and quality has previously been all but impossible, so buying this coffee is an important part of supporting this new ethical supply chain.

Aside from ethics, we chose the Peru, Huabal for Double Double because it has incredible notes of bitter marmalade and softer baked apple notes that we thought would be delightful in a pale ale. And turns out we were right! What a banger! The difference between roasting coffee and beer brewing is that we know a day after a test roast whether a coffee profile is where we want it. We can adjust immediately after our quality control and have a new batch roasted in 10 minutes. With a beer, particularly on a big kit, the ability to second guess what your recipe is going to do during the brew time can be in the lap of the gods. What Sam has managed to do is exactly as we hoped. Juicy tropical hops interact with sweet, soft orange marmalade notes of the coffee leaving a refreshing, quaffable pale with a big kick of fruit and a soft mouthfeel with a lingering roasted coffee note on the back of the palate. WE LOVE IT! And it seemed like everyone else did too. We defo got a kick out of seeing the key kegs of the Double Double changed first at the Project Barista launch.

We're loving Double Double and for us, the coffee chosen works perfectly. We can't wait to work with Pharmacie again soon.

We all love a cocktail, and the Negroni is our found Darron’s personal favourite. Having experienced a “Ristretto Negroni” coffee version of it, we wanted to pay homage this and recreate it as a beer.

The task was set for our Lead Brewer, Dave, to find a recipe that worked, recreating those classic negroni flavours and colours. He started with a Brut IPA base and used liquorice root in the boil to bring a sweet mouthfeel. A hop profile of Summit, Mandarina, Idaho 7, Amarillo and Columbus brought the required bitterness and orange notes with Hibiscus flowers providing the colour. Redcurrant, fresh orange juice and orange zest added freshness and bite, with juniper and coriander rounding out the cocktail character.

We chose Climpson and Sons to work with on this brew as we knew they’d be up to the challenge. Climpsons already provide the coffee for Broken Dream, and have collaborated on several Project Barista brews in previous years. 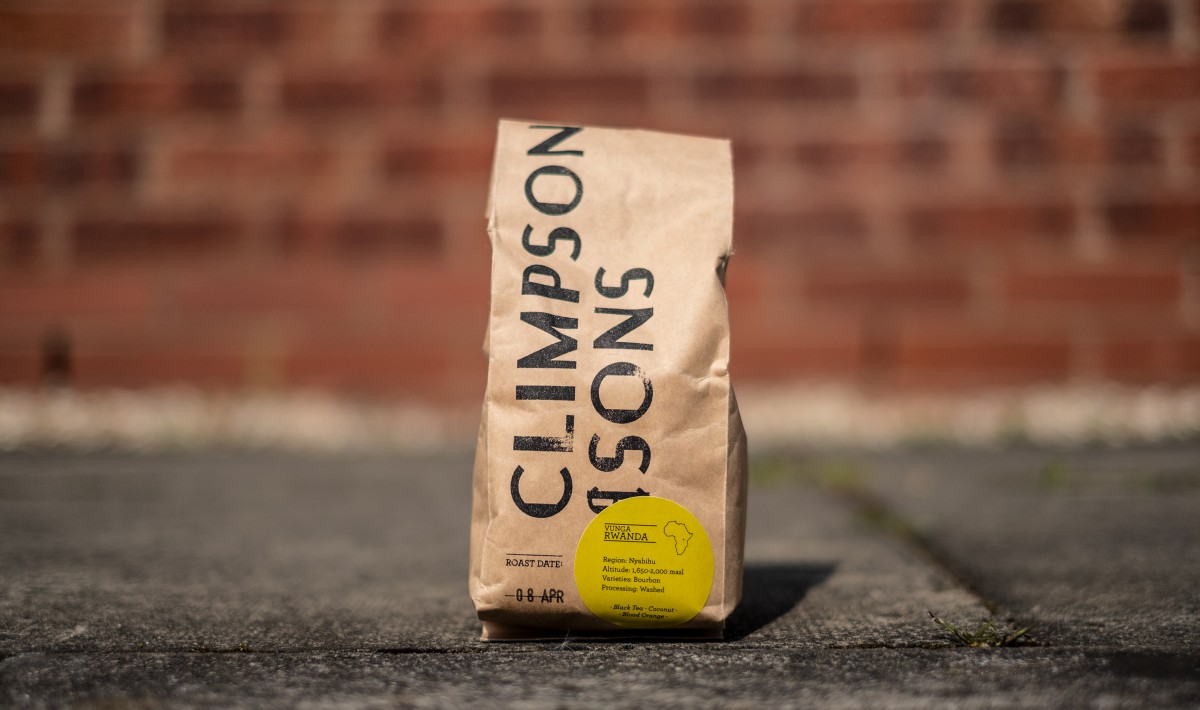 I guess the choosing of the coffee mostly came down to trying to envisage the flavour balance the Siren brewers were looking for. They had a list of potential ingredients so for us it was more about finding a coffee to complement those.

I am a big fan of a negroni as it is, so we knew that the coffee needed to be more subtle rather than overpowering. That narrowed the range to washed African coffees and we settled on a filter roast of a Rwandan coffee from the Vunga cooperative as it has some crisp citrus notes and an almost herbaceous body.

The finished beer was a great result - we prefer lighter, fruit forward beers and coffees so having a small hand in this reflects that. I think it gives people a different perspective on the possibilities of coffee and beer meeting in something more nuanced than just a hefty Stout.

A little more on the specifics of that coffee can be found here:

Inspired by the concept of an “Irish” coffee, we wanted something that was boozy, warming and comforting. To continue the idea of using coffee in different ways, for this one we decided to age some coffee beans in bourbon barrels. The intensity of the smell of the un-roasted beans, fresh out the barrel was incredible. In fact, our entire barrel-store was overwhelmed by the rich bourbon aromas. 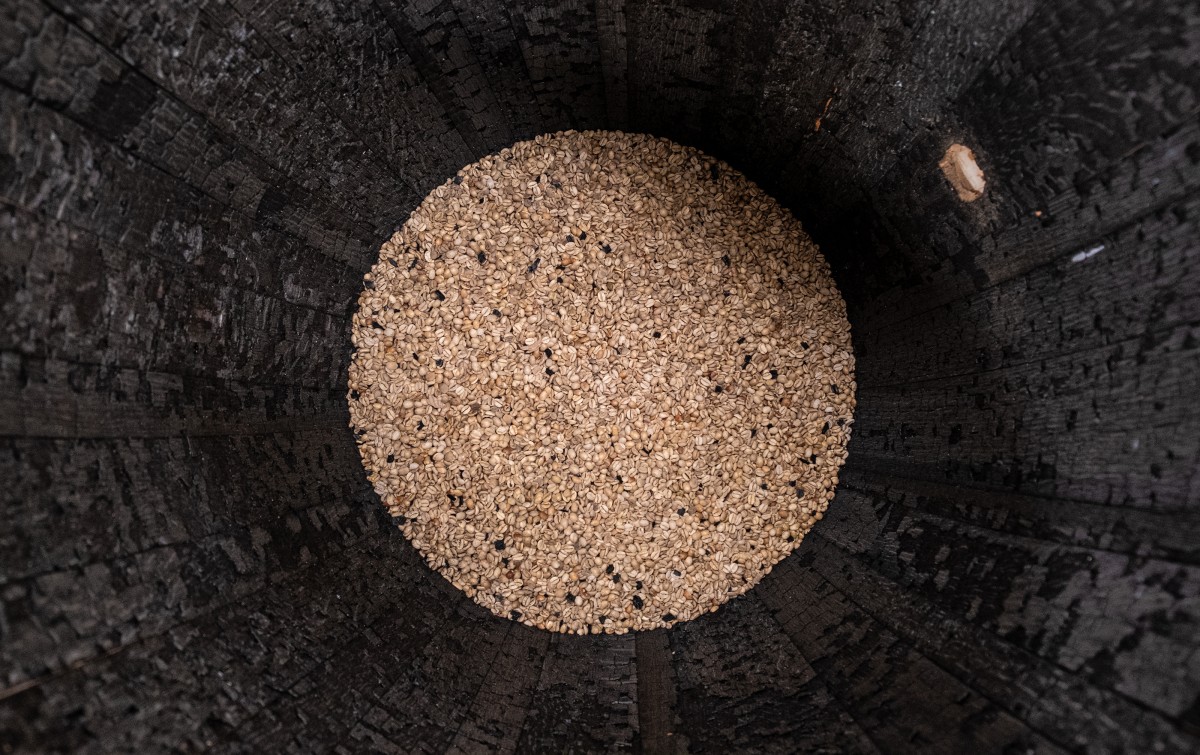 Here’s Nathan from Quarter Horse with more on the process from there:

We roasted a Brazilian coffee that had been barrel aged in whiskey barrels.  We chose a Brazilian for its sweet, cocoa and nut notes that we thought would go well with the Irish.  The barrel ageing added a very strong aroma of whiskey that was made sweet by the coffee flavours.  We roasted the coffee a quite lightly so we wouldn't loose those aromatics.  In the beer the coffee added a bit of sweetness and of course, the strong whiskey notes.

Once we had the roasted beans back from Quarter Horse, they joined a Wee Heavy brew that used Edinburgh Scotch Ale yeast. With added Heather Honey for sweetness, the result is a brew bursting with an aroma of fruit and yeast esters, underlined by the incredible boozy coffee.

Irish isn't the first time we've used barrel-aged coffee and it certainly won't be the last, watch this space! Who knows what else we might try barrel-ageing?!

And finally, the big one. Turkish was a Project Barista beer in 2017. Inspired by Turkey’s robust coffee, it included vanilla, orange zest, nutmeg, figs, cacao, muscavdo sugar and also 45kg of Thai coffee. Since then, we’ve been regularly asked if and when Turkish would be coming back. Well, the whole time we had some sitting in second use barrels, taking on a host of new flavours.

Not only that, before barreling we added more nutmeg, summer orange zest and yes, even more coffee. 2 years later and our Barrel Manager, Steve Hoile, was once again onto a winner.

But of course, we weren’t done there. Did someone say…. More coffee?

We worked with Redemption Roasters to find the right coffee for the job, and we landed on Ecuadorian Gonzalo Gaona coffee. Steve spent the day with redemption, making up huge batches of rich espressos, that would later be added to the barrel-aged beer. The espresso format was used to maintain big coffee flavours that could stand toe to toe with the initial beer. We think it definitely does! 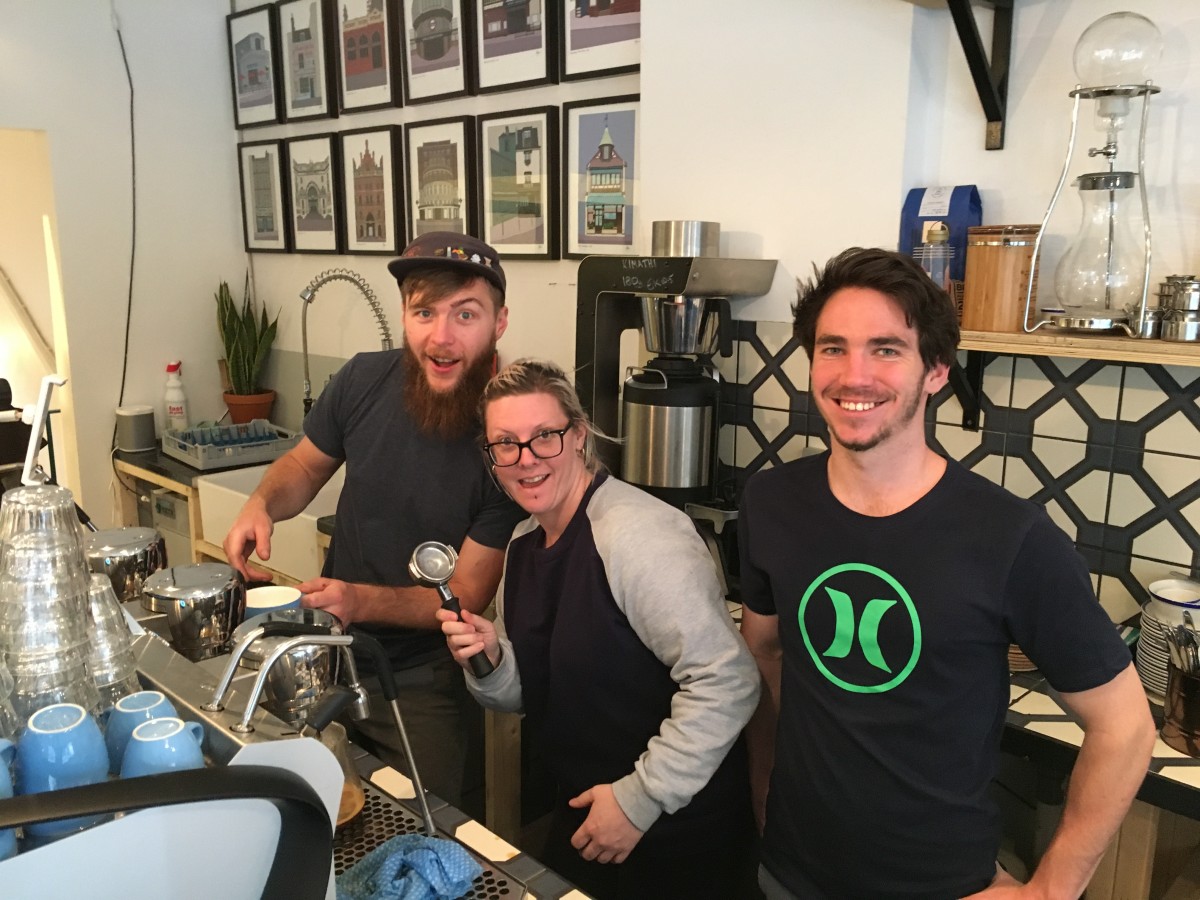 So there we go, a bit more about the coffee used in each brew. We’d love to hear what your favourite beer was from this year’s batch. For now, it’s on to thinking about what we can do next year!

Don’t forget that all 4 beers are available on the webshop, either as a set, or individually. 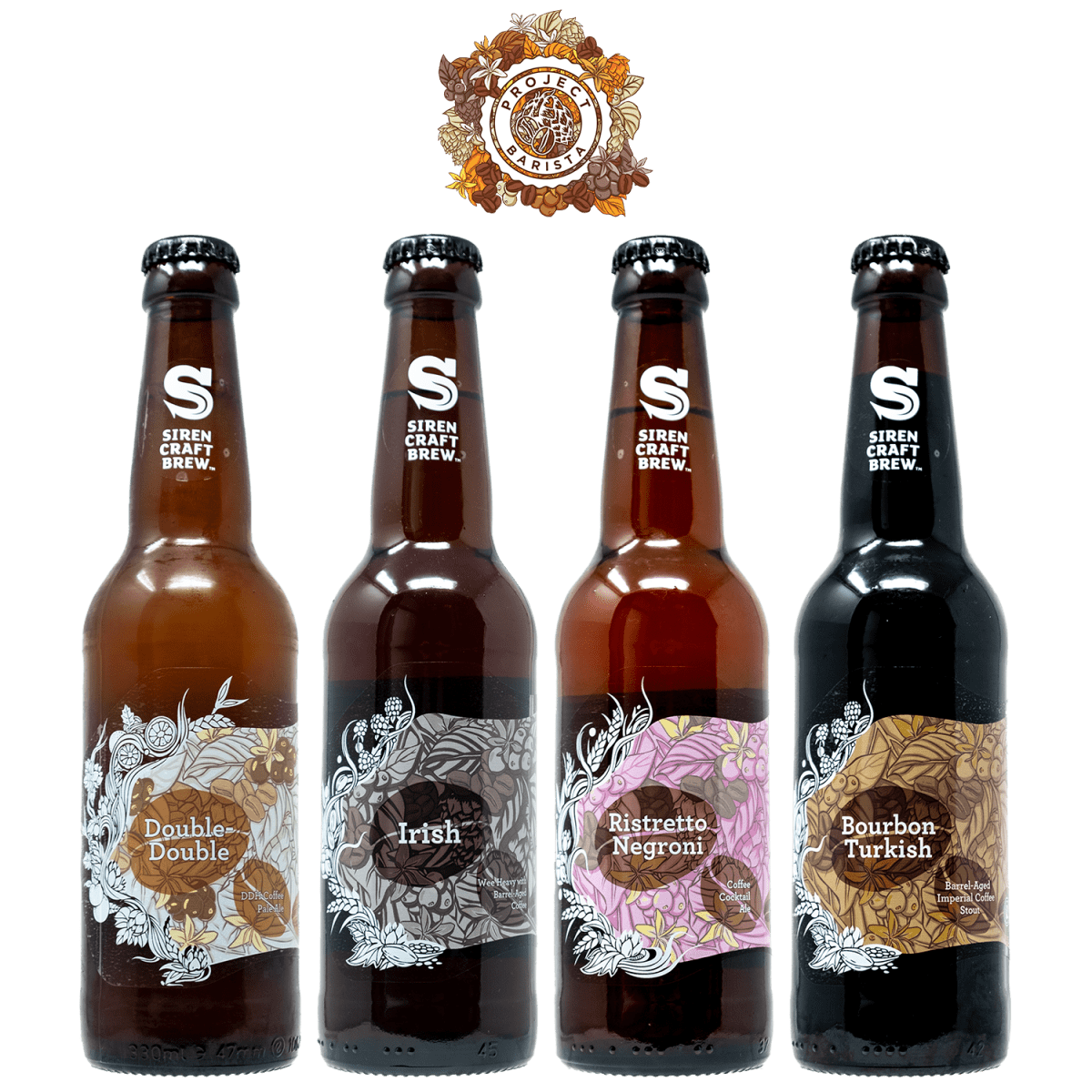 Get all 4 of this year's Project Barista brews, with a discount when bought together!