The Autumn Tides Are Ryesing

Autumn is upon us, so we turn ourselves to the task of dusting down our Autumn seasonal IPA, Ryesing Tides, one of the firm favourites amongst our team.

We're particularly excited about brewing Ryesing Tides this year, because we have fresh Simcoe to play with. Simcoe is a bit part of our flagship IPA, Soundwave, and with stocks running low towards the end of last year we naturally had to prioritise that beer. This left Ryesing Tides with a substitute hop, Equinox.

Equinox did a great job as a stand in, but there is nothing like the main act coming back to play.  This year we are back to a large hit of mango, lime and a touch of strawberry starburst on the nose, with that carrying through to the flavour with an added hit of pineapple and a slightly dank finish.

The malt base plays second fiddle in the aroma, perhaps just a light rye bread in the background behind all the tropical fruit and berries from the hop profile. But on drinking this intensifies, with a drying rye cracker effect which becomes more prominent as the beer warms (perhaps even more so on cask). 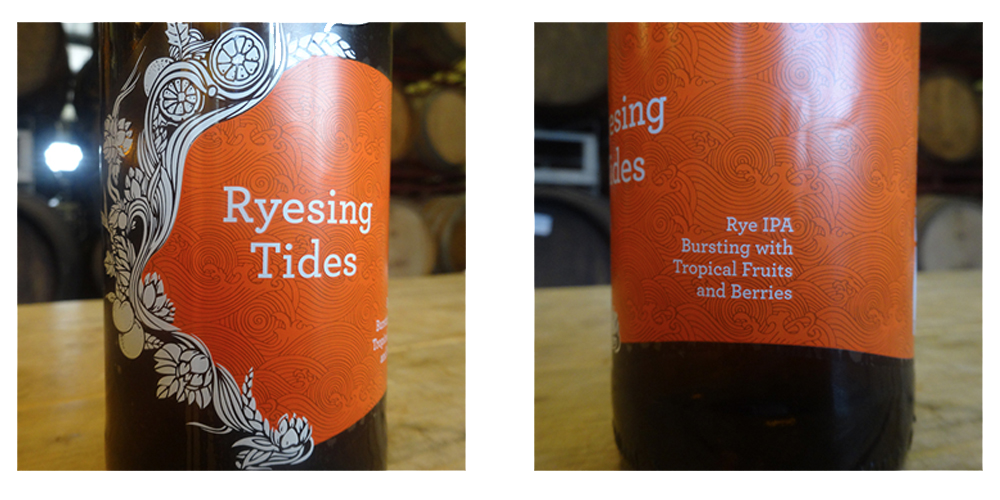 Ryesing Tides launched at our Hallowe'en Tap Takeover at Craft Beer Co Covent Garden on Saturday 29th October. It is now available across all the usual places in Cask, Keg and Bottle.

We are planning five batches between now and early January, the beer is now available online and from the Tap Room.