The Beauty of Beer Festivals

American comedian Drew Carey once said "Things don't make me nearly as happy as talking and having a beer with my friends. And that's something everyone can do.”

He’s absolutely spot on. But what’s even better is making new friends and sharing beer experiences with them; something that beer festivals gift to all of us.

We consider July-October our ‘Festival Season’, and it’s been a busy few weeks for the team. Here’s what it’s been like from our side of the bar, as reported by Tim.

This past weekend I was at both the Great British Beer Festival and London Craft Beer Fest. If you’re reading this with no prior experience of a beer festival, I strongly urge you to come check one out next year. Before that though, I went out to Ireland for The White Hag Brewery’s annual ‘Hagstravaganza’ festival. 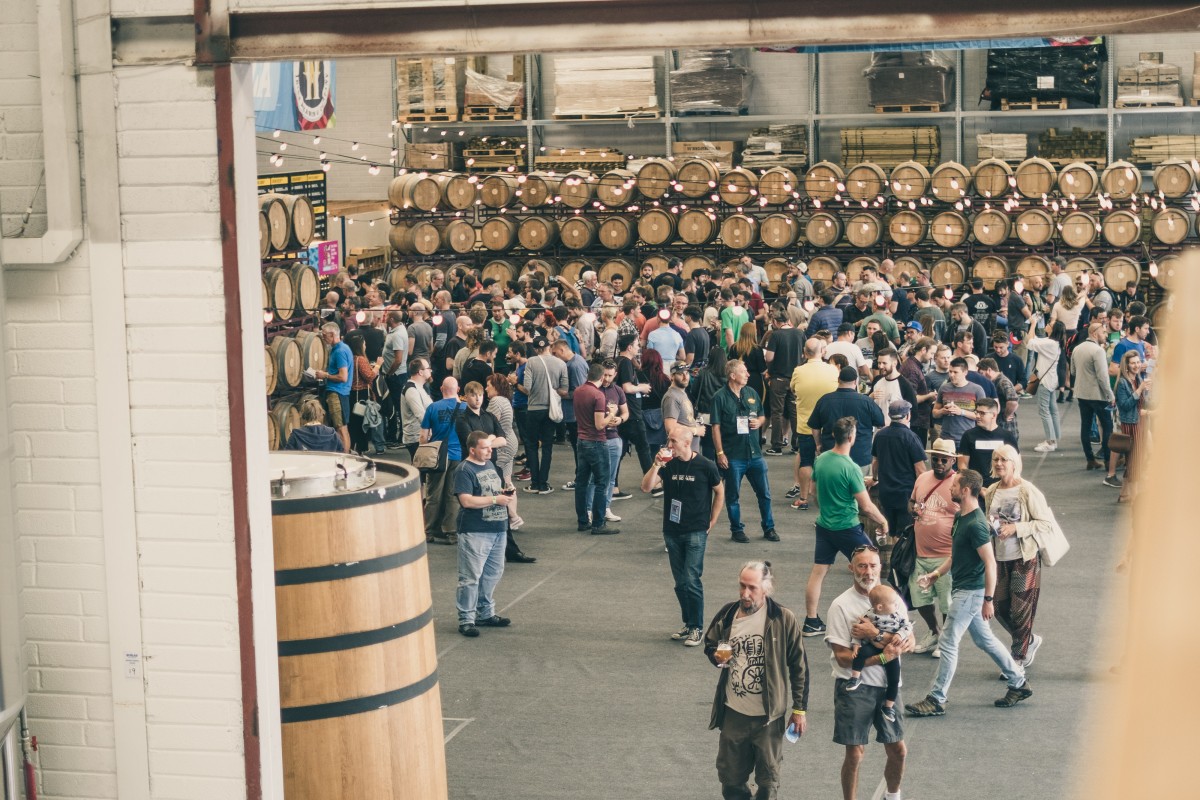 With more than 1500 descending on an industrial estate in rural Ireland, it was evidence that the craft beer industry is booming.

They had a line-up of breweries from far and wide; The USA, France, Italy, Sweden and the UK to name a few. What was nice to see is that they also had beers from small more local Irish breweries, some of which were literal one-man bands. With a team of volunteers pouring from the 46 line bar service was smooth and quick, which helped keep the event, and the beers, flowing.

Alongside the awesome beers, the crowds enjoyed various beer related games, bands and DJs, a samba band and some incredible street food offerings. The highlight was probably The White Hag’s beer puppet… I’ll let a photo do the talking! 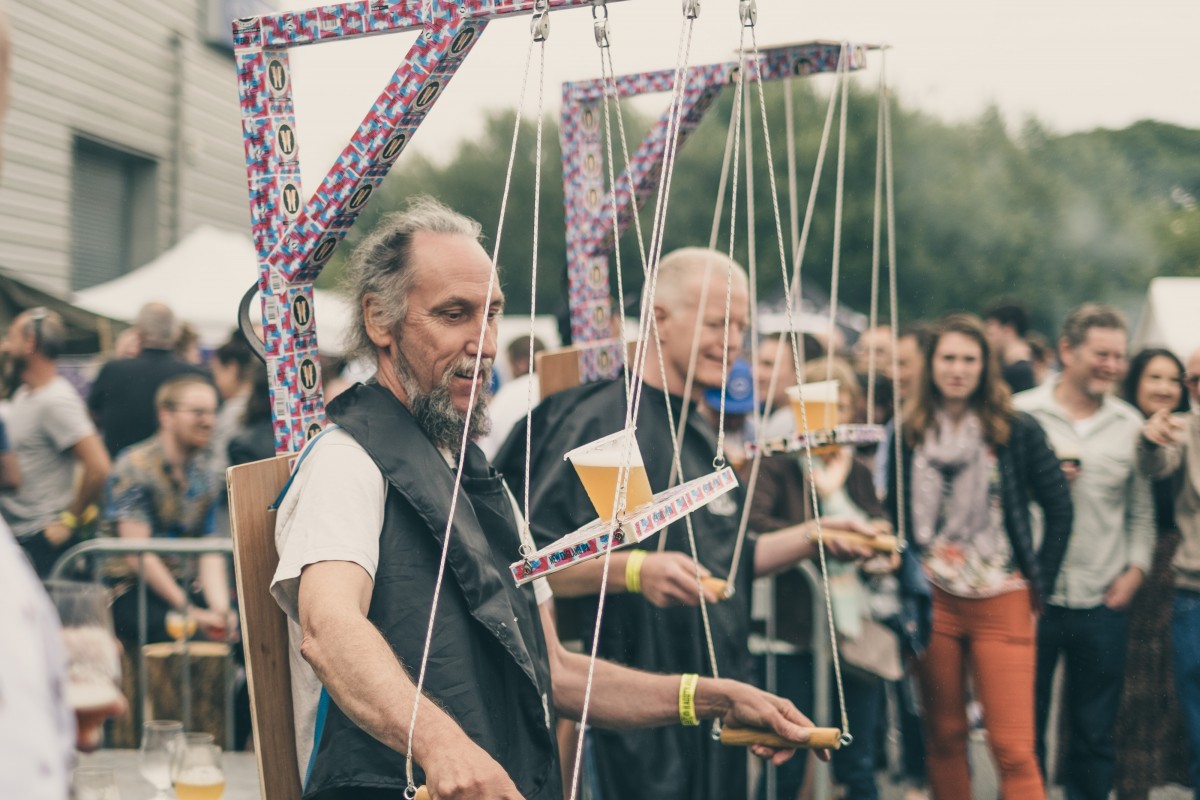 Even as an experienced beer festival attendee, I was never without a smile on my face (even when the Irish skies bestowed us a bit of rain). Looking around, people were talking, chatting, sharing and having fun. The perfect beer fest experience.

I myself met so many people from other breweries, and fans of our brewery. I can normally be found wearing Siren merch and when someone walks past me at a festival, or even just on the street and says “Hey! Siren! I love your beers!” It truly warms my heart and always leads to a great beer-related conversation. 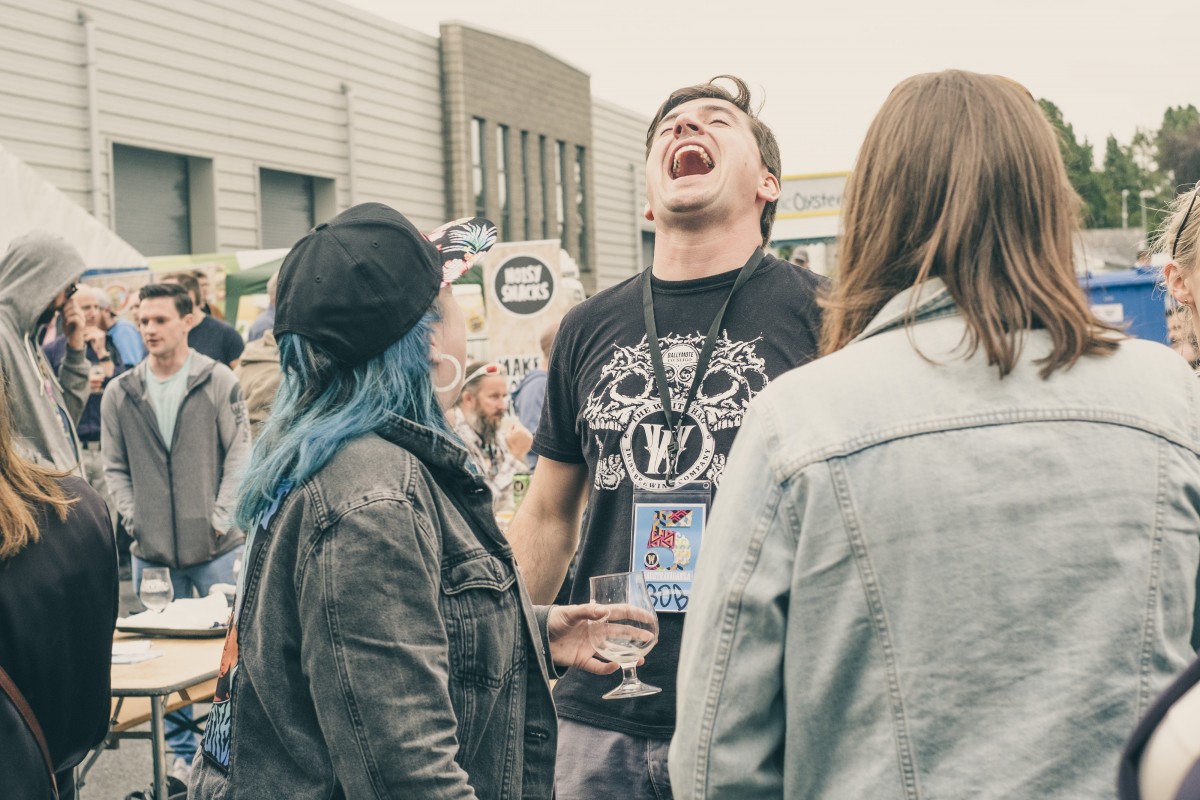 I came home from Ireland rich in memories and new friends; it’s truly what weekends are made for. Highly recommend a pilgrimage next year! 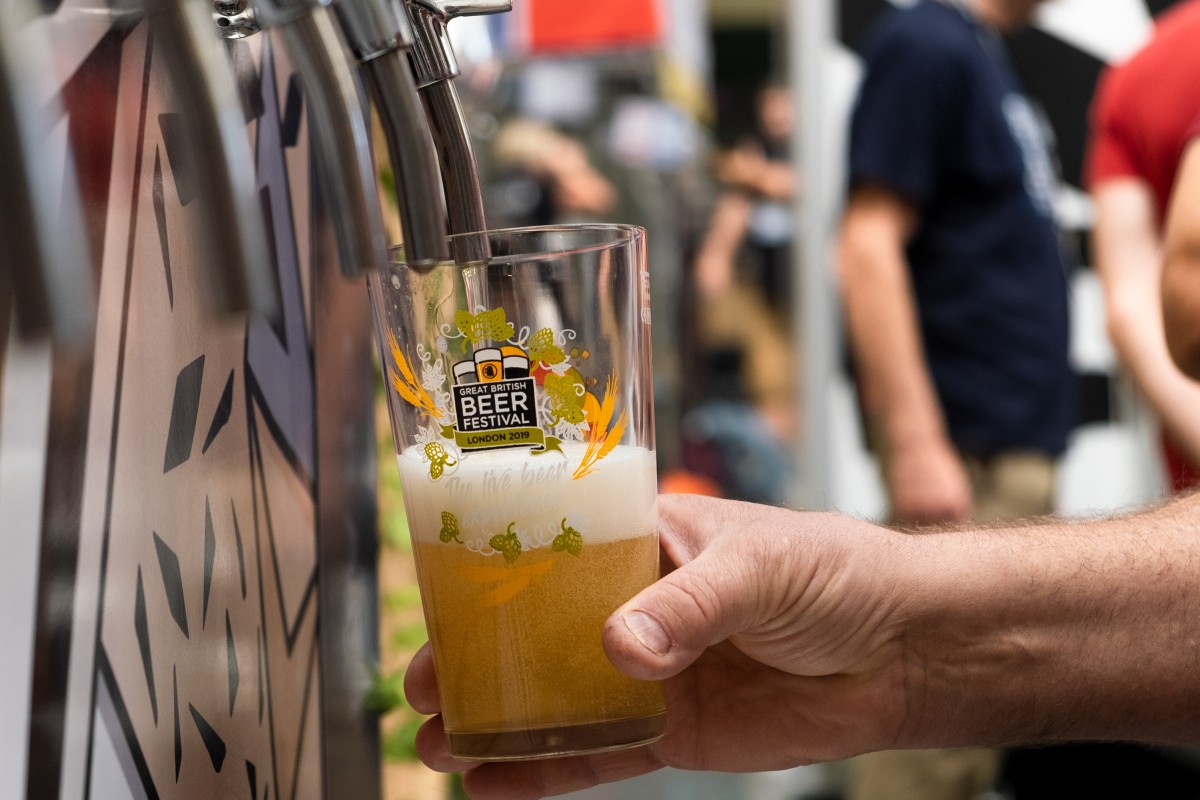 There was barely time to normalise back to daily life before we were off to setup for CAMRA’s annual celebration of all things cask beer, GBBF. Some of you might remember that in 2018 our very own Broken Dream won the Champion Beer of Britain, so we were excited for this year to be pouring at our own pop-up bar.

The big difference this year was that alongside our friends at Tiny Rebel, Wild Beer & Magic Rock, we were in the KeyKeg sponsored area. Whilst we did have Broken Dream on cask (amongst a few other treats), we were mostly pouring keg beer, and it went down a treat with the attending masses! 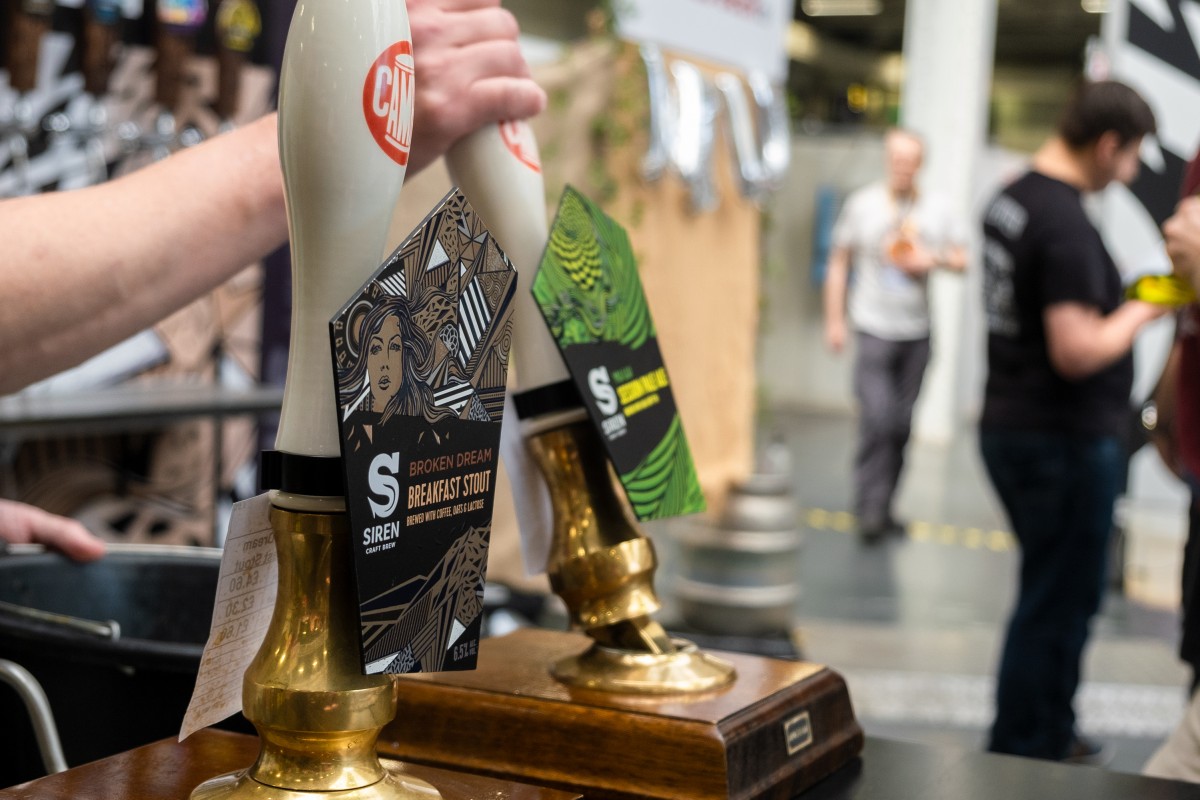 I was there for the Thursday session, and it was awesome to see the enormous London Olympia venue full up all day long. I spent most of my day on the bar, helping to serve beers, so it was a good chance to chat to a few of your about your favourite beers and festival experiences.

My highlight was when a customer came along who’d been a CAMRA festival attendee for many years, enjoying the more traditional cask product. He ordered a half of our Humble Sea collaboration, Fruit Smoothie IPA, Cali Power Smoothie. After sipping it, he looked at me and said: 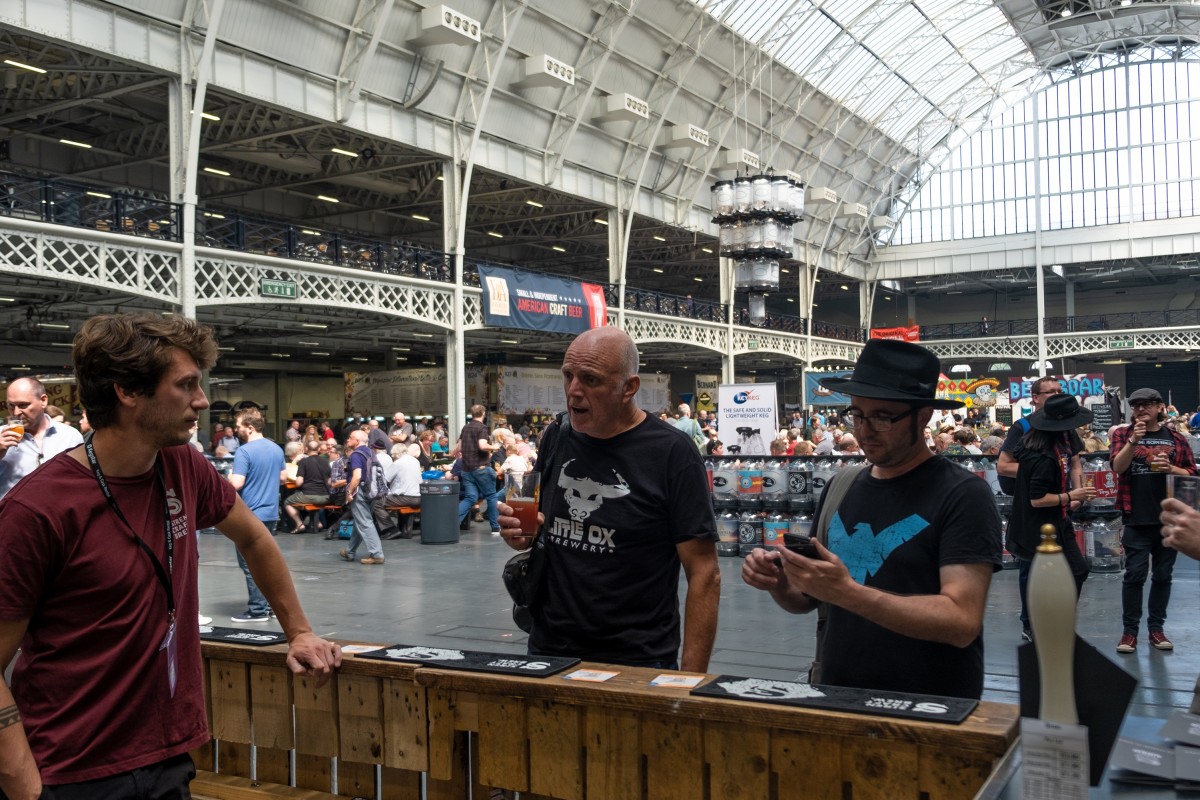 And he did. Not only that, another customer’s hair stood up on the back of her neck after trying Oats on Oats. Beer is powerful, and I love that!

The next day, I was straight over to the Tobacco Docks for London Craft Beer Fest. The venue is a labyrinth of alleys and vaults and a variety of spaces. It’s easy to get lost, but you don’t mind because breweries of all sizes come in from all over the world to pour the best of what they have to offer. At every turn, your next favourite beer is right there waiting to be sampled.

It’s always an incredible vibe and this year was no different. A few of my stand out beers were:

Although it wasn’t pouring at the session I attended, it was exciting for us to be able to pour a keg of Caribbean Chocolate Ginger Cake that we’d been holding back. From what I hear, it went down well, as always!

Again though, as with Hagstravaganza and GBBF, my favourite thing was simply seeing the sheer amount of people coming together to talk about, laugh over and enjoy beer. New friends were made, new experiences were shared and new memories were created. Call me soppy, but I love that. Neither festival for me was about trying as many beers as possible (although I appreciate that’s the fun for some!), it was more about enjoying the surroundings and trying new things. And beating 8 Arch at ping pong.

Mostly, it’s about spending time with friends and making new friends. After all, things don't make me nearly as happy as talking and having a beer with my friends.

We’d like to take this opportunity to thank the organisers, teams and volunteers behind all these great festivals and more. It feels as though beer events are consistently upping their games, which is a credit to the industry. Thanks for having us along, and thanks also to all the visitors who make the events so special.

We’re not done for the year yet! Stay tuned for our plans for the likes of Indy Man Beer Con, Leeds International Beer Festival and Down at the Abbey.

Come to a festival, come enjoy a beer and come say hi; that's something everyone can do.

An indulgence of chocolate and speciality malts, Broken Dream is smooth, unctuous and moreish. It's brewed with milk sugar for balance and mouthfeel, along with carefully selected espresso from London's Climpson & Sons. Awarded CAMRA Supreme Champion Beer of Britain 2018.