The Pale Ales Fight Back

After all the excitement of some long awaited barrel aged beers last week, we're happy to report that there are some superb pale ales heading your way this month. Here's how they're lining up...   PompelmocelloOur Sour Grapefruit IPA has had the hops and grapefruit dialled up and is fresh out of tank now. If you haven't tried it yet, expect a tart, sour and puckering drink brewed with Grapefruit Juice, Grapefruit Zest, the most grapefruity hop profile we can muster and lactose for a slightly creamy mouthfeel and sweet edge. Buy online here » 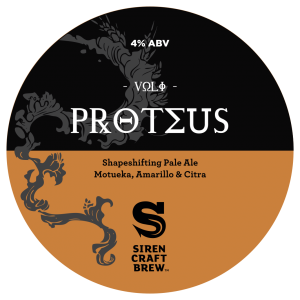 Proteus Vol I (Second Brew)Proteus is a pale ale series we're running this year which is all about experimenting with hop combinations, the first volume consists of Amarillo, Motueka and Citra. There will be three brews in this volume, the first was brewed in January and you can read all about it here. The second brew is going to be released from the 7th of March, and it's got a big twist from the first, as it's the first time we've ever brewed a pale ale without dry hopping. That's right, we're using 60% Amarillo, 20% Motueka and 20% Citra but all on the hot-side. Expect the orangey, tropical fruit notes with accentuated honey character and less citrus than the first batch. Be sure to let us know what you think when you try it on cask or keg. 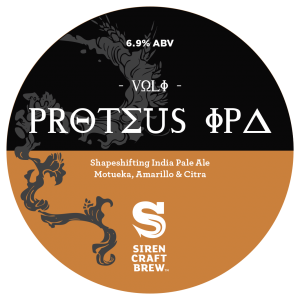 Proteus IPA (Vol I) That's not the only new Proteus brew to look forward to! At the end of each volume we're using our favourite combinations and everything we've learned about the hops to create an amped up IPA version. Look out for this early April in cask, keg and bottle. 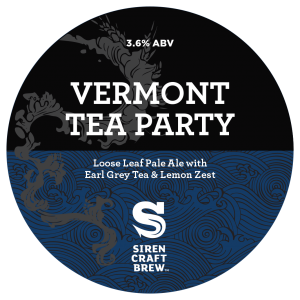 Vermont Tea Party The first time we brewed using Vermont yeast it was to produce the best possible character for Love of Work - a beer originally brewed in Vermont with Hill Farmstead. The yeast has gone on to become a big part of what we do, we now use our own unique house strain in the likes of Soundwave to provide glorious peach and apricot notes which complement the hops. Vermont Tea Party is a celebration of the yeast and an evolution of Love of Work. We always loved the citrus notes that the Earl Grey Tea brought into the equation, and we're highlighting that further with the addition of Lemon Zest. We've also tweaked the recipe to offer even cleaner bergamot, citrus and grassy hop notes with Chinook, Citra, Equinox and Amarillo all in the mix. Our first brew of the loose leaf pale will be available on cask and keg. 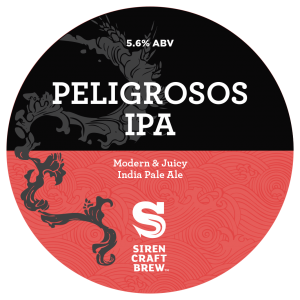 Peligrosos IPA Last but by no means least, another brand new IPA.  This recipe was originally devised as a one-off special, but we liked it so much we've decided to brew it again and give it a proper release in bottles and kegs. Peligrosos is a modern IPA hopped with Motueka, Magnum, Chinook, Centennial and Mosaic to create a juicy tropical fruit harmony with low bitterness and huge drinkability. Look out for it before the end of the month.   Look out for all of these brews and give us a shout when you try them on Twitter, Facebook, Instagram or in the comments section below.
Share