The Value of Flagship Beers

It’s no secret that we’re keen on a bit of experimentation here at Siren. We’re perhaps best known for the more creative and boundary pushing brewing, working with producers of all shapes and sizes, experts in their fields who can bring the same passion for ingredients, whatever that may be, as we have for beer.  But experimenting aside, we’re also big proponents of the concept of core beers.

The idea of consistent, regular brewing has taken a back seat in recent times, and in fact is often rejected by start-up breweries, favouring instead an ever-changing schedule of brand new recipes to maintain intrigue on a weekly basis. There are a whole host of reasons why we think these two ideas are not mutually exclusive, so would love to share some of those with you today.

We think often about the journey that people go on with beer, from that first sip that captures an idea that beer can be more than you knew and onwards. We have two aims in mind, firstly that our flagship range is an expressive journey across interesting styles in itself, and secondly that it acts as a gateway into all the various paths you can go beyond - out towards barrel aged blended barley wines, mixed-fermentation ales, adjunct-packed imperial stouts, triple IPAs, or wherever it takes you.

Back in 2017 we introduced Yu Lu, a pale ale designed around delicacy, subtlety and nuance. It’s not ordinary and it’s not straightforward, yet remains accessible and has actually converted a fair few non-beer drinkers. The name plays on the ancient culture of tea, while we balance Earl Grey with zest and hops to bring flavour without high alcohol. It may take some time to figure out, but we think that makes it all the more rewarding. Sometimes we find that people’s ‘entry’ beers one day become their go-tos. Yu Lu is definitely a popular permanent fixture in the Tap Yard, but nothing’s quite more appropriate to talk about than Soundwave, our flagship IPA. 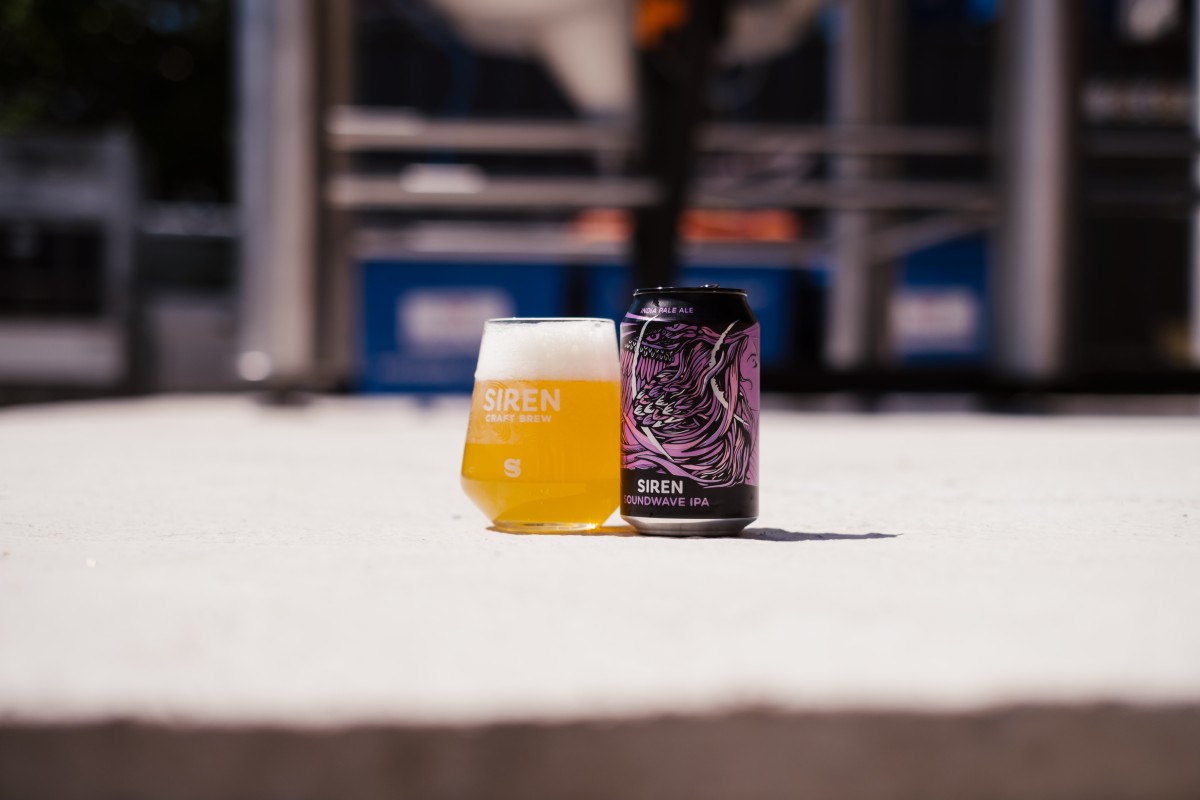 This beer has been with us since day one, out there winning hearts, minds and taste buds, and showing the world what we’re all about as a brewery since 2013. Its design is inspired by the fantastical tales and prodigious feathered illustrations of old. Epic in drinking, epic by design, and one of the main drivers behind our growth over the past 18 months. Interestingly, the appetite for go-to beers seems to have been grown throughout the UK’s lockdown phases. We’ve never been happier with the beer, and it has been amazing to see people stocking up on cans in lieu of that Soundwave pint at their local that is so sadly not an option right now.

Talking of being happy with it as a beer, another huge benefit of having flagship beers is the ability to know a recipe inside out; knowing every stage of the process and what variations at any stage will mean to the final outcome. We’re able to trial, tweak, fine-tune and perfect (although to be honest - we’ll never stop trying to improve it), and as they tend to be brewed more regularly, side-by-side tastings are possible almost any time. Sometimes people want consistency, some kind of assurance that their end of week beer is not going to disappoint, which is where core beers can shine. 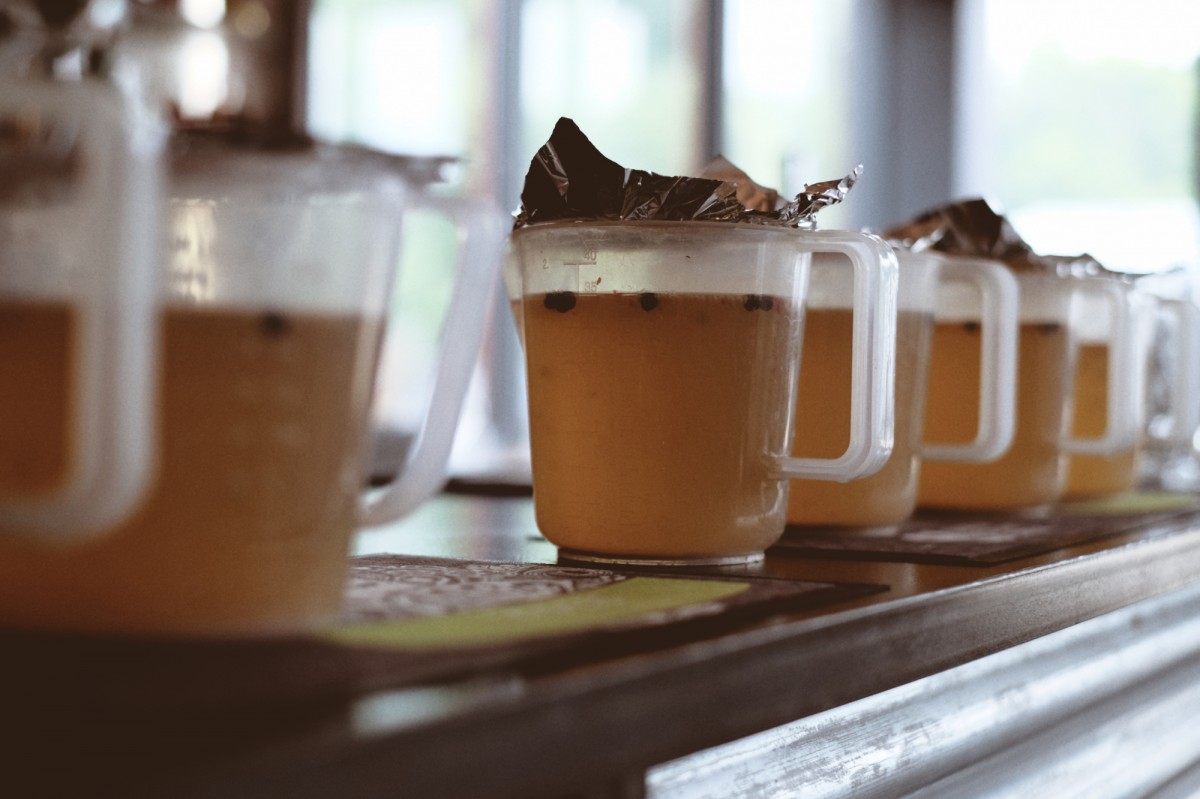 That doesn't necessarily mean that core beers are always supposed to stay exactly the same forever. We’re aiming to keep them true to what they’re trying to achieve, but it would be somewhat counter-productive to ignore progress, new innovations, or perhaps the changing palates and perceptions of a whole generation of beer drinkers. When we switched Soundwave over to our (then new) Vermont yeast strain in 2015, undoubtedly its character altered. We think it was a good choice.

Changes don’t necessarily need to be uncommon, either. Back in 2014, we brought Calypso into the range, named after the nymph with a sharp tongue, which seemed quite an appropriate influence for our mouth-puckering flagship sour beer. Among the first of its kind in the UK, we decided to stick with a rotating hop profile for this beer. That means that every single batch of this core beer has been slightly different, with various hops bringing alternate high notes of tropical, pithy, citrussy, stone fruit, pine and all kinds of other flavours in between and combined. To this day, you can check the beer in hand against the gyle number on our website to check what you’re drinking and see how you like it. Sometimes the perceived bitterness and acidity can vary quite a bit, too. Somehow it’s still recognisable as Calypso, and still our desert island beer of choice. 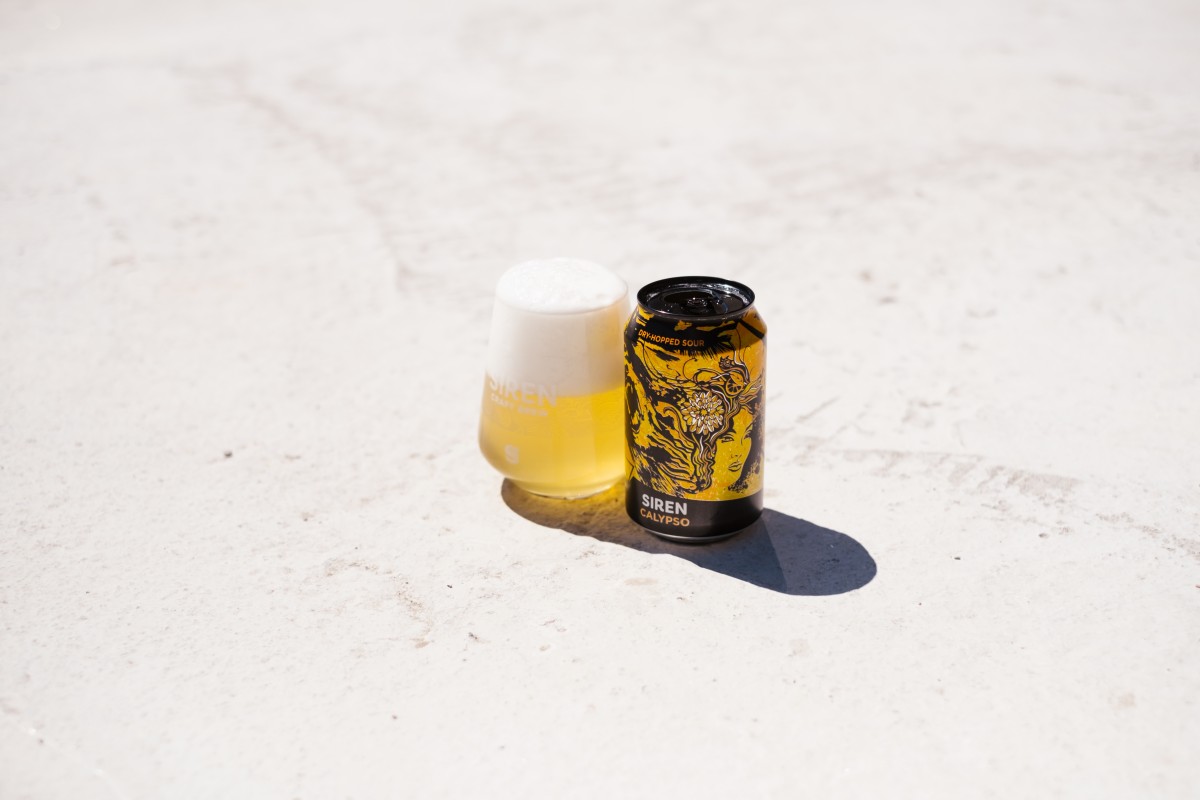 "You never remember the beginning of your dreams, do you? You just turn up in the middle of what's going on."  With heady aromas, rich flavour and velvety smooth mouthfeel, one sip of Broken Dream and you're somewhere else. This beer somehow encapsulates everything we’ve already spoken about so far, what we believe a core beer should be. Maybe a 6.5% Breakfast Stout with coffee and lactose was more ‘out-there’ in 2013 than it is now, but we still think it’s bridging the gap between full-flavoured excitement and the comfort of an old friend. Core range beers allow us to be more flexible with formats, which is why Yu Lu, Undercurrent and Broken Dream has made up much of our cask output in recent times. Being open to different packaging formats also makes us more accessible.

Turning our backs on cask beer would be turning our backs on an incredible brewing tradition and heritage, which is still how millions of people enjoy their beer best today. We love Broken Dream on cask, so despite what a tough sell it was at times, we persevered. This paid off beyond all expectations in 2018, as it was awarded CAMRA’s Supreme Champion Beer of Britain, which leads to a final point about core beers. Backing your recipes in this way gives you a chance to really build something. Some of the beers that helped inspire our whole scene of brewing are core beers, brands that have stood the test of time and really mean something to people. It’s amazing to think that whatever happens, the love that went into making that stout will somehow be remembered for a long time, and just in that small way, is in a line of inspiring brewers before and after us. 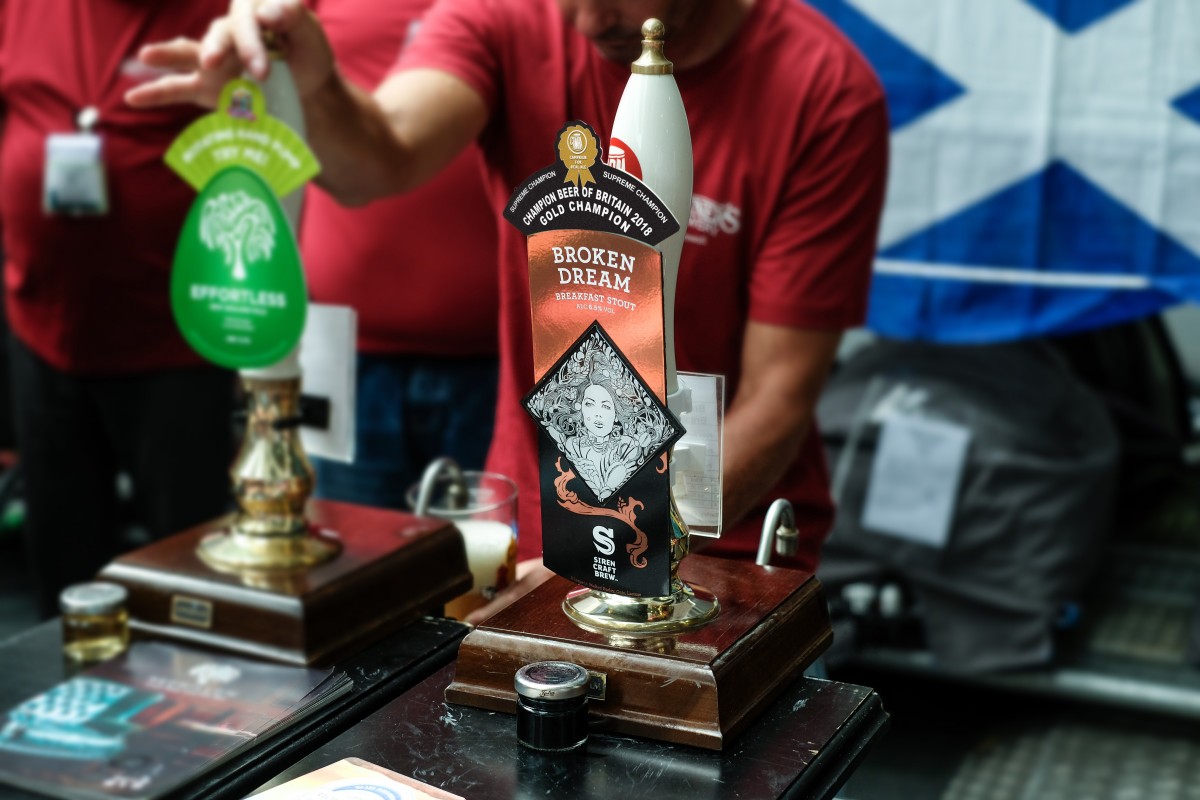 So where will the flagship range go next? With Liquid Mistress and Undercurrent both dropping out last year (the latter currently tasting completely on-point in cans, incidentally), it seems like there might be space for a newcomer. We’ve had a beer in mind for a couple of years now that might just be our most universal creation to date. Let’s hope the stars can align... 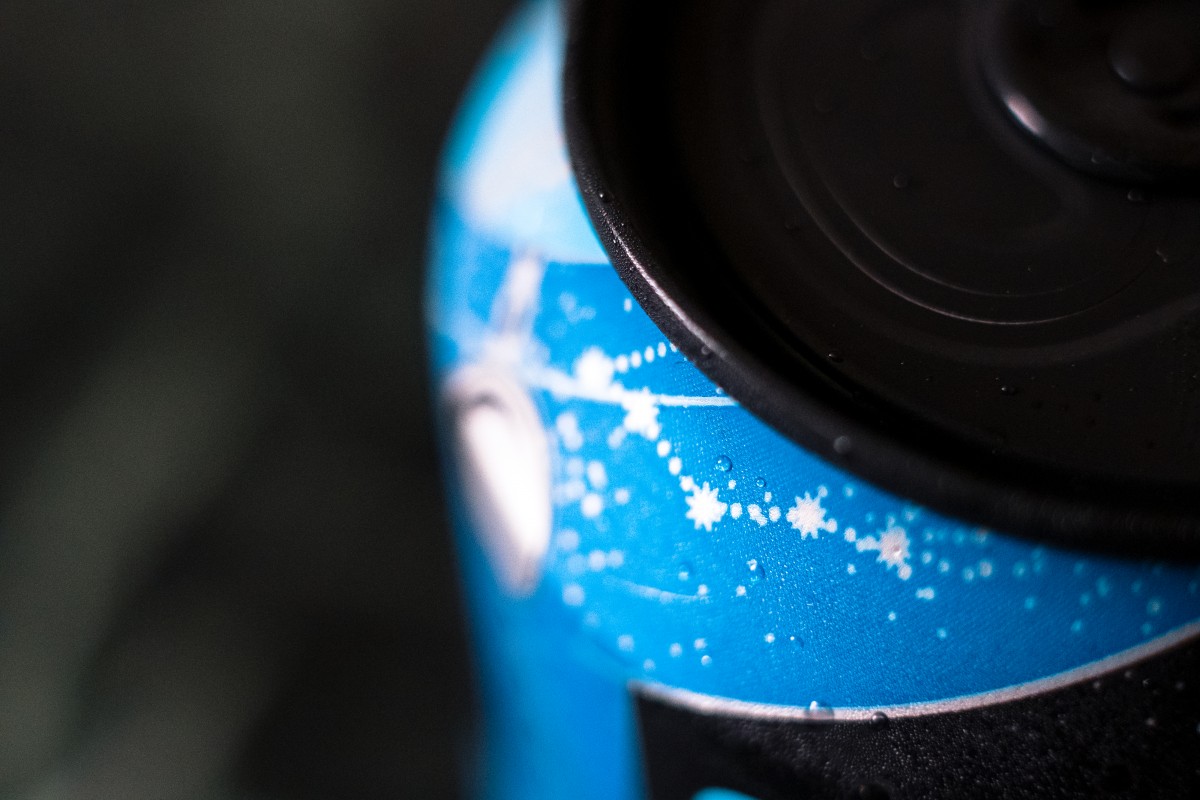