The Year & Beer Ahead

Happy New Year! We hope you all had a brilliant festive period and are already well settled in to 2017. It was a great end to 2016 for us, with beers such as Ten Dollar Shake and Primal Cut really hitting the mark with you guys, which is always great to see (not that we're ever going to stop putting out the more challenging crowd-splitters - we loved Five Alarm, Blacklight Banana and Agua de Sapo, which have all created some brilliant debate and provided some great inspiration for new ideas). As you may expect, it’s been a hectic start to the year for us. As the events calendar begins to get filled up and new beers start appearing at any possible space in the schedule, we’d like to take the time to give you a rough idea of what to expect from us this year. Here we go… 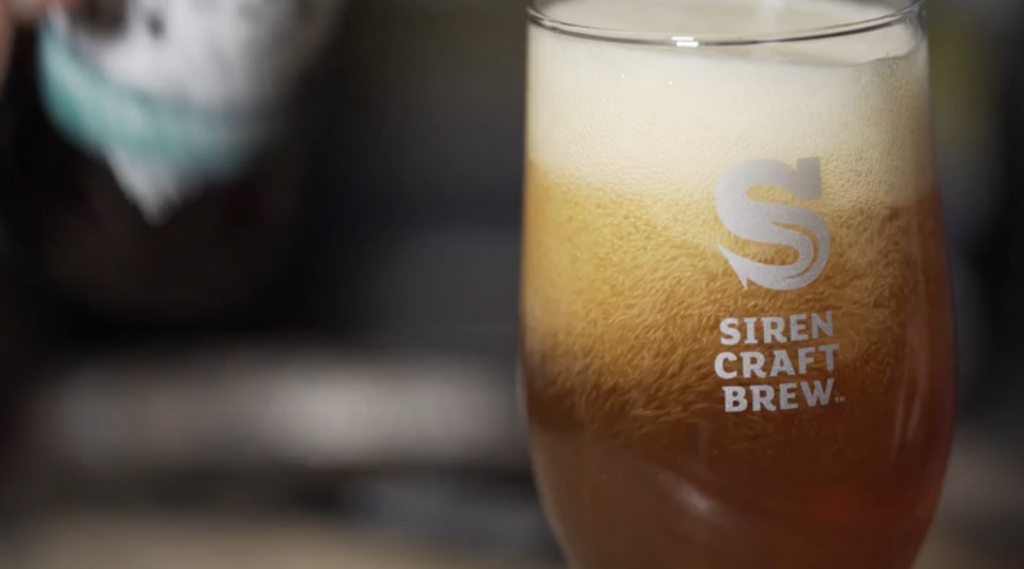 New Brewhouse, Better Quality Control We’re expecting delivery of a brand new brewhouse in February. We’ve used the same kit since we started in 2013 and it’s enabled us to brew all the beers we’ve wanted to from day one. We’ll be sad to see it go - although it has already found a great new home. With the upgrade, we’re bringing in a mash tun that is much more suited to our specific needs. This will help to produce clearer wort and therefore a better end product. The processes will be quicker, more accurately monitored and more efficient. We expect to be able to put through two 5,000 litre brews in approximately one hour longer than it currently takes us to do one 5,000 litre brew. Some improvement! The system has been built by American Beer Equipment and comes with a great pedigree, they have hundreds of systems in operation worldwide. Quality was a big focus for us last year. We currently have every single brew tested in a specialist lab at 3 different stages of the process. Now we’ve added in an extra layer, investing in the Invisible Sentinel system used by breweries such as Russian River Brewing Co and Victory Brewing. We’re particularly excited to tell you that we’ve also just employed our first lab specialist to take on QC as a priority. Richard Gibson starts work with us at the beginning of February, and arrives well qualified with a strong background in the industry. 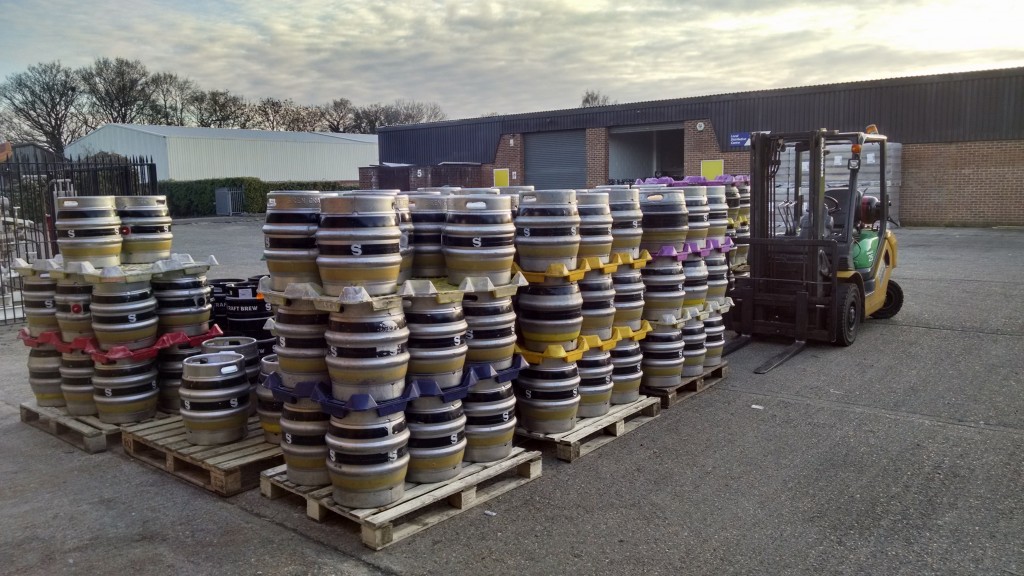 Brewery Expansion Replacing our entire brew kit should provide enough logistical worries for 2017, right? Well, not exactly. An opportunity has arisen for us to take a new unit on the Hogwood Lane Industrial Estate which, all being well, we will occupy from April. This standalone location, a stone’s throw from our brewery and even closer to our neighbours Elusive Brewing, clocks in at a hefty 14,000 square feet of floor space. This effectively trebles the total space we have (we’re keeping hold of our current units, too). There are numerous benefits to us taking this step, not least, it will stop us having to empty one of our units into the courtyard every morning and pack away every evening, just to have enough space to pick and build orders! Here are the main improvements that we think will be of interest: Firstly we’ll be putting in temperature-controlled storage for all of our packaged stock, ensuring that our beer will stay as fresh as possible in the summer months. While it’s something that we’ve been keen to do for a long time, our current warehouse unit just isn’t able to contain something on the scale we’d have liked. The new unit certainly is capable! Secondly, we will be in a much stronger position with our barrel ageing. Barrels and blends have always been a key part of what we do (the first beer we ever brewed, Maiden, is a great example of just that). However, space has held us back in this regard. We certainly haven’t been shy of bringing in new barrels (we’re up to around 350 at the moment), but they’ve been crammed together and blocked in quite a lot, meaning that pulling samples and running frequent taste tests has been much harder than it really should be. Our entire barrel store will be moved to its own dedicated room so expect more one-off kegs at events, more bottle releases and more news on how beers are developing throughout the year. Finally, we’ll be able to house and staff a proper retail shop at last, along with a tasting room in some capacity. This *should* mean Saturday openings and brewery tours will be on the horizon. Stay tuned!Cask Beer After Cloudwater’s decision to stop packaging in to cask, following Brewdog, Buxton and others before them, we’ve been asked a few times about our plans for the format. We’re pleased to say that cask is still part of our plans for this year. It is no secret that this isn’t an easy decision to make. On one hand, as has been widely discussed, the margins of cask beer are extremely tight, owing to the prices that most landlords traditionally expect to pay for beer, and that some punters traditionally expect to pay on the bar. Without covering old ground too much, we put approximately 227,000 litres of beer in to cask last year vs approximately 228,000 litres in to bottles. 0.4% more beer, and yet our revenue from bottles was 102% more than in cask. So why carry on and in what capacity? Here is some thinking-out-loud from the brewery that we hope will be somewhat informative. 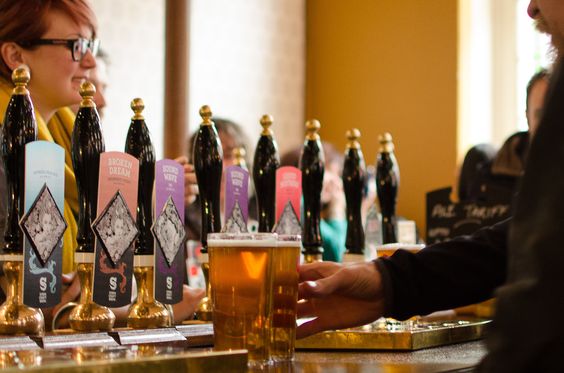 2017 Releases Back to business! First up, we’re very excited to be bringing Vermont Tea Party in to our core range this year. This is one of our favourite brews, equally good in cask, keg and bottle (well okay - cask is our favourite if you’re asking). We’ll be announcing the new name and artwork in due course, along with the winner of our competition! We have specials lined up for the rest of January and beyond, with Moment of Clarity making its debut this week. We’ve got some extremely exciting series of beers lined up (one of which includes an old, mango-filled friend, another is an exciting collaboration with our friends at Tamp Culture Coffee). We’ve got collaborations all over the world in the schedule. In short - we’re going to have some fun this year. Thanks for all the love, we’re delighted to have you on-board for 2017!

* Shout outs to The Craven under Chris' stewardship, The Hope (Carshalton), Southampton Arms (London), Cock Tavern (London), The Nag's Head (Reading), Famous Royal Navy Volunteer (Bristol) and Shakespeare's (Sheffield) - just a handful of customers that have consistently served our beer brilliantly on cask since our very early days. There are many more - but we'll save that for another post! ** Just as a side note, many of the US breweries we talk to and work with are very excited by cask beer and the opportunities it presents. We’re always happy to share our experiences with some of the breweries that send so much inspiration our way!