We Love The Hope in Carshalton

So Rowan was one of the first guys to contact us - we think it was through James Brodies giving him the low down on this cool new brewery to open- thanks James, but Rowan has been a great customer for us since we started and is a downright decent chap. 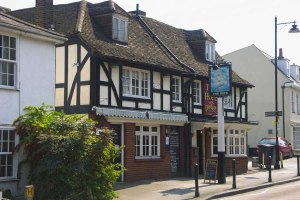 So we are very pleased to announce that we will be heading down to The Hope in Carshalton on the 21st June and have a few beers in tow to delight anyone coming along.  Here is a sneak peekCask : Usual motley crew with the added bonus of Sweet Dream - our NEW Chocolate Milk stout thats as big on chocolate & Vanilla as Broken Dream is on Coffee. Also Half Mast our 2.8% Session IPA will be making its debut - this is a flavour hop bomb that belies its strength, come along and we might tell some secrets. But here are the real beauties: Bourbon Barrel Broken Dream : Only the second one to be racked & it is AMAZING!  How do you follow that - well that is a surprise. On KEG Rowan will be serving Sound Wave and we will talk through the differences on cask and Keg which should be a fascinating chat. Limoncello IPA will be the final beer to round off the night and this 9% IPA designed to mimic Limoncello with a sour mash and added lactose will surely divide the room with its detesters and lovers.  This is a Siren, Mikeller, Hill Farmstead collaboration and it stretches the idea of what beer can be. We hope to see you there
Share