What to drink this Autumn

Last year, we wrote about what to drink in Autumn, inspired by Johnny Garrett's brilliant book, A Year in Beer. At the time, we commented how the extraordinary breadth of different styles of beers now available can pretty much be enjoyed whenever we want. Whilst that is the case, as our pumpkins start to wilt, the days draw in and the temperature starts to drop, it can be nice to reach for a more seasonally appropriate beer.

That, however, is not to say that an old favourite won’t still hit the spot. This writer’s personal choice, even in the depths of winter, let alone Autumn, will always be a properly cold can of Soundwave. 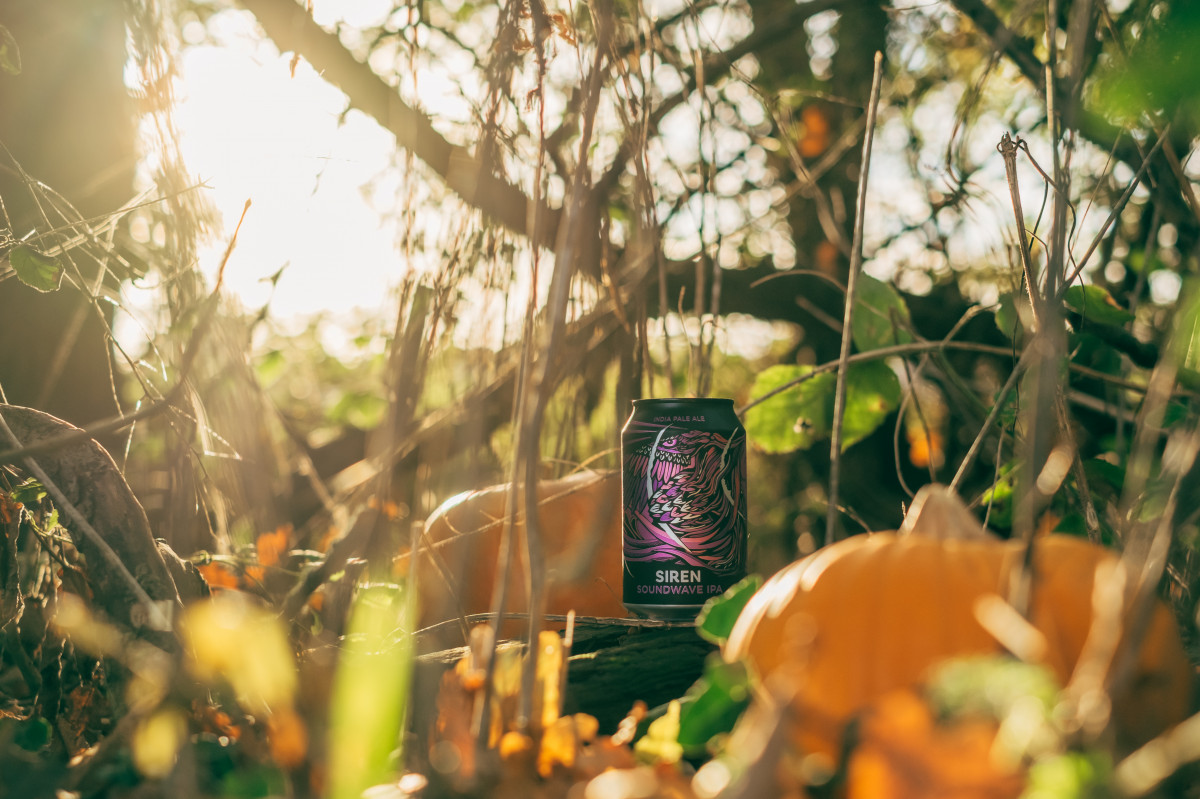 But with a few things rolling off the canning line of late that could fit nicely into the “Autumnal” category, I wanted to bring an update to last year’s blog… Here we go!

At the time of writing, our most recent beer is 9% Nitro Cranachan Wee Heavy, Destination Unknown, brewed with our friends from all the way up in Scotland, Fierce Beer. The concept of this beer was to combine the concept of their “Cranachan Killer” with elements from our Shattered Dream. For those new to the term Cranachan, it is a traditional Scottish dessert made with fresh seasonal Raspberries, oats and whiskey. A Wee Heavy is another Scottish classic, regarded as Scotland’s definitive beer style. It is strong, and often classified with a malty character.

You could be forgiven for hearing Shattered Dream and thinking of a big, dark beer. This is a big beer, but the elements taken from Shattered Dream are some coffee, cocoa and a touch of vanilla. The added Nitro element brings a cask-like smoothness, recreating the creamy element of a Cranachan dessert. 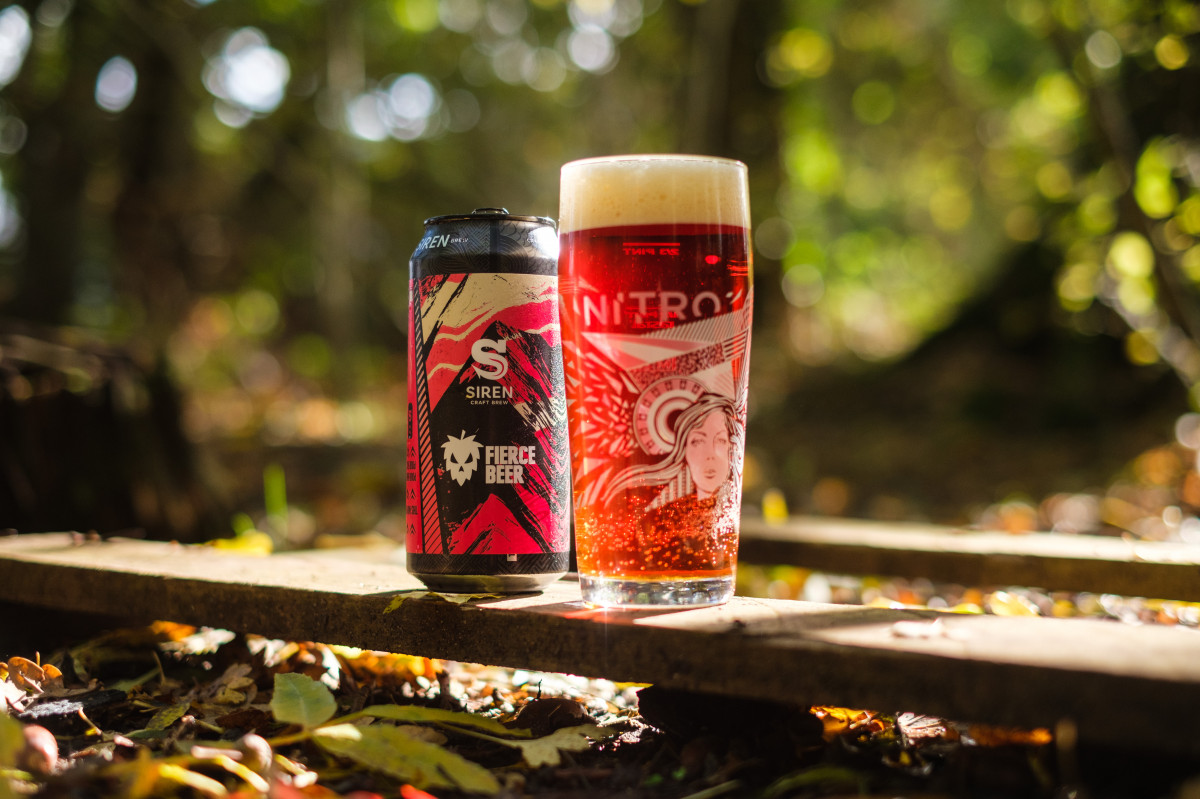 We suggest you pour this beer in different lights, as the vibrant red colour is something to behold. I photographed this beer in some amazing low Autumn sun and the bright red colour was astounding. Poured indoors in a lower light and you’ll expect a much deeper maroon. Either way, it’s a gorgeous beer to look at.

To drink, it just gets better. A rich malty backdrop allows the coffee and gentle cacao to sing. As you take the beer back, the flavours continue to creep around the mouth, softening out into a delicious raspberry after taste. For me, the sensation is like digging a spoon through a layered dessert - it really does hit the bill. Those rich, deep, malty yet fruity flavours work so well, it’s truly autumnal.

Destination Unknown is available in 440ml Nitro Cans online and in the Tap Yard, and on keg (non-nitro) at bars across the country. Keep a look out for it!

For my next suggestion, I’m dropping back to a beer released in the summer, our first ever Barrel Aged Lager. When this beer was canned and released, I suggested it be treated like a summer cup (or you know, Pimms) and be loaded with ice and fruit.

The weather’s dropped, but I’m still suggesting that, because this beer is amazing for it. 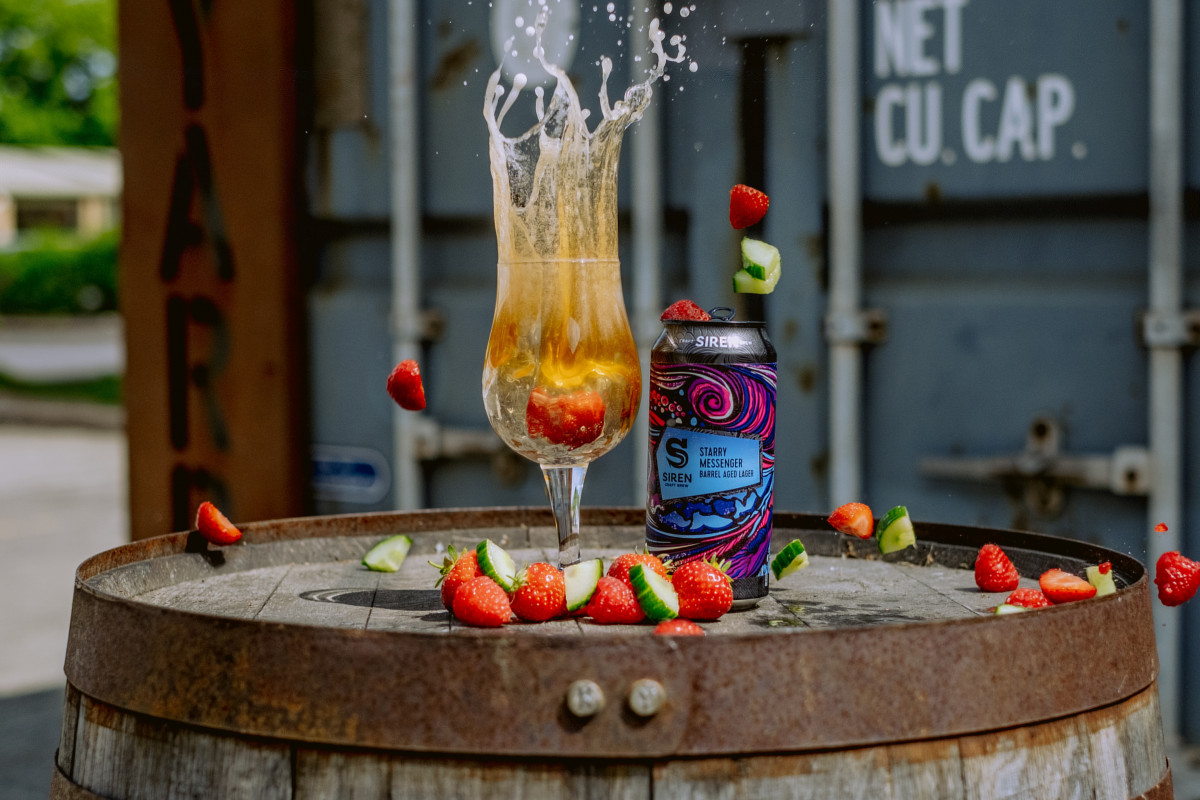 Personally, I love a properly cold lager. But, this beer brings up a dilemma. Bringing a barrel aged beer up to room temperature slightly brings out more flavour. With this beer, I can only suggest you experiment for yourself.

I’ve really enjoyed it served as previously mentioned. It’s super refreshing with the ice, and the French Oak Chardonnay barrels bring an incredible depth to it. However, allowing it to warm slightly makes those barrel notes even more punchy, with a warming booziness to it. For a lager in cooler weather, it’s great. It’s complex, it’s nuanced and it’s versatile.

Starry Messenger can be found online or in the Tap Yard.

Whilst we’re on lagers, I’m going to give a shout out to our Festbier, Haus Party and Keller Lager, Wandering Lines brewed for Oktoberfest. Like Starry Messenger, I’m having these beers cold, but the depth of flavour both of these beers have is amazing. Nothing says autumnal and beer like Oktoberfest! 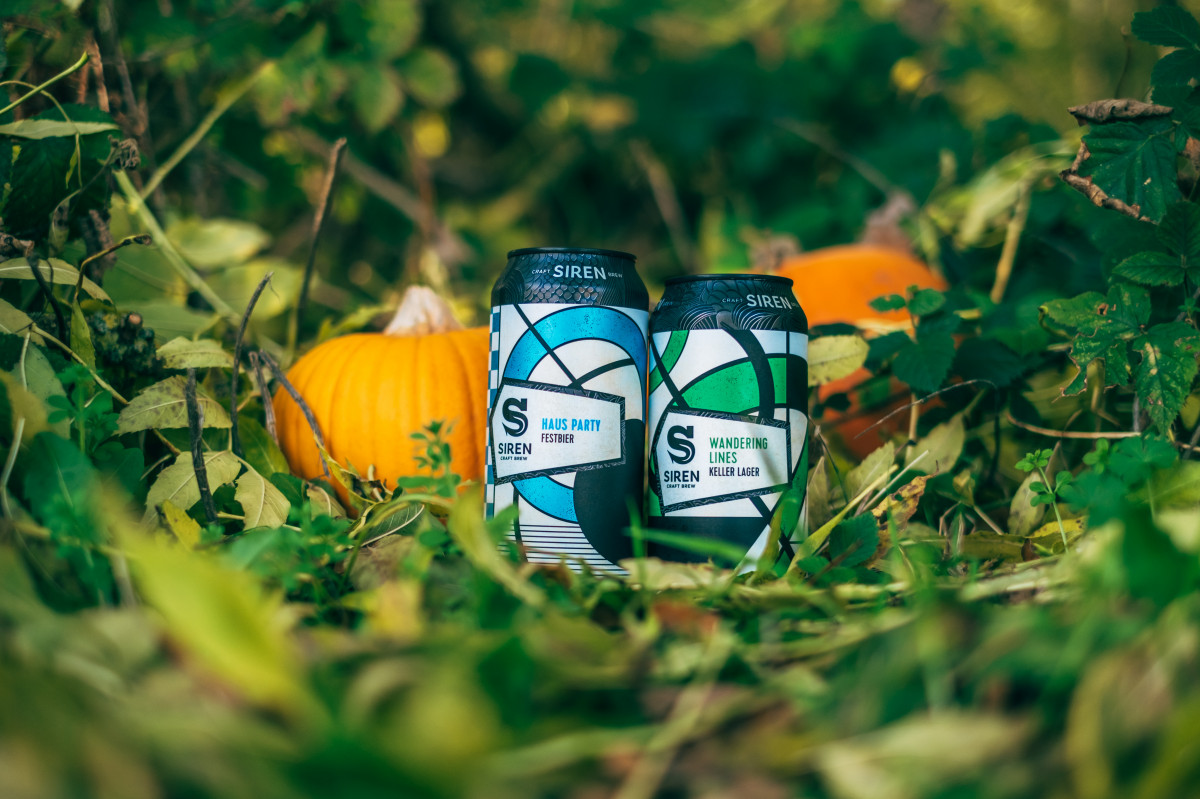 I couldn’t talk about beers for Autumn and not mention our recent Parti-Gyle brew, Pool Parti. Brewed to fit a theme set by Indyman, Pool Parti uses the run off wort for Origin Story (our 20-Malt, 10% Stout) as its base.

You can read more about this beer and the partigyle process in this blog here. 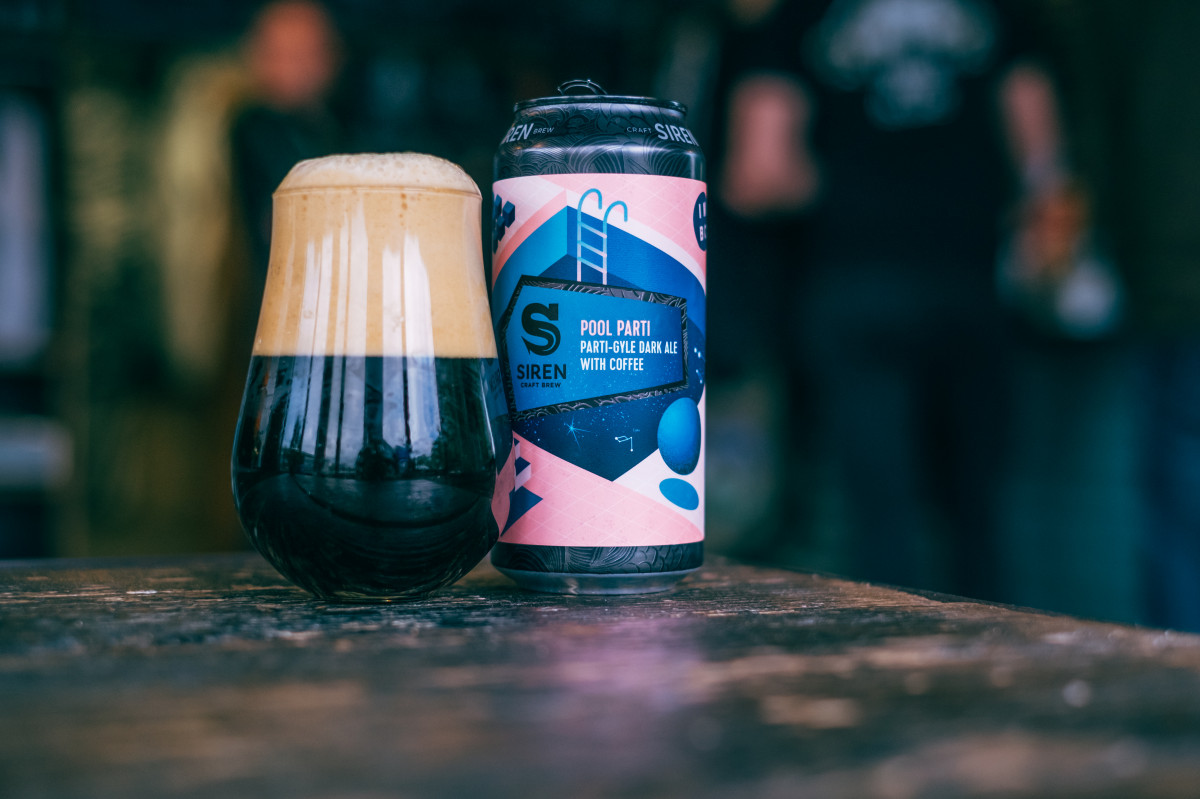 There’s been a few evenings recently, where I’ve just wanted to sit down and enjoy one beer. Often, if that’s the case, I will reach for something like a strong imperial stout that I can nurse for a while. Pool Parti fits that bill, but at 6% rather than something 10+. It’s layered with coffee and chocolate notes, and incredibly drinkable.

Pool Parti is available online or in the Tap Yard.

Every so often, over on Twitter, we’ll ask you all to name the beers that you’d like to see return. Outside of Acid Jam and Liquid Mistress there’s one beer that crops up a lot… Affogato. First seen as part of the last Project Barista to be in bottles, and rebrewed once in cans, we’re excited that it is back again.

This time, we’ve used a Salted Caramel coffee and it’s amazing. Not only that, just like the Cranachan Wee Heavy, to get that extra creamy and indulgent element, Affogato has had the nitro treatment. At the time of writing, the beer is being packaged, destined for priming in the cold store for at least 5 days. Make sure you’re on the mailing list for announcements of when it goes on sale! 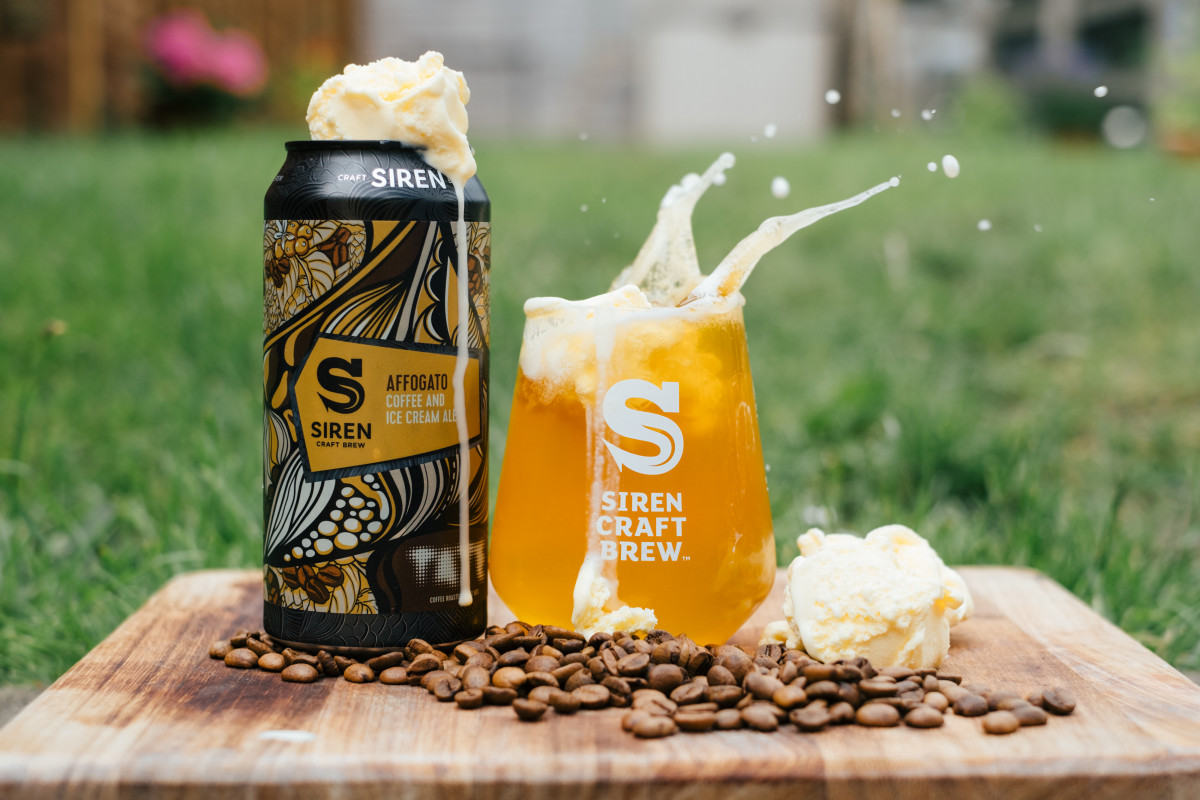 As mentioned, it’s getting colder, and that means it’s time for some new winter merch! You may have seen some of our new University Sports themed jumpers in the wild already. Our staff are loving them, and if you want your own, act fast!

We also have some beautiful new beanie and bobble hats available. These are truly future proofed as we slide into winter; they are super warm, cosy and look awesome. Check them out on the webshop now and treat yourself, or get an early Christmas present sorted for the beer lover in your life.

Talking of Christmas presents, make sure you don’t miss out on this year’s Advent Calendar (which may or may not feature some of the beers in this blog) and Beer Crackers - a perfect Christmas gift or Secret Santa present.