Every order from 15th April goes into a prize draw to win a White Tips beer bundle + Festival tickets worth over £400!

Much Ado About Muffin Cake

Our blueberry muffin pale ale inspired The Cake Fairy to get baking! They have very kindly shared the recipe for the cake. After they sent some samples to the office, we can assure you that it's every bit as good as it sounds!

Check out The Cake Fairy on Instagram by clicking here! 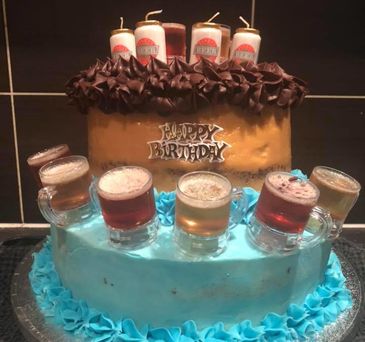 While the cake is baking, it’s time to make the blueberry compote.

Send us your home recipe made with our beers