10 things you might not know about Reading Abbey Ruins

Ever since we were confirmed as the sole provider of beer bars at Down at the Abbey, our intrigue about Reading Abbey Ruins have grown and grown. Many of us at Siren live in Reading, and the Abbey Ruins have largely been one of those “places you see, but never really notice”. Now that it’s nearly time for the event, we couldn’t be more excited.

With the help of Jonjo from Heavy Pop, we’ve taken some time out to find out more about the awesome setting for the inaugural Down at the Abbey. Here’s 10 things you might not have known about Reading Abbey Ruins:

1. King Henry I, who commissioned the Abbey, died before it was built.

The Abbey was announced by King Henry I in 1121 and was formally opened by then Archbishop of Canterbury, Thomas Beckett in 1164. However, following a week of illness Henry died in 1135. 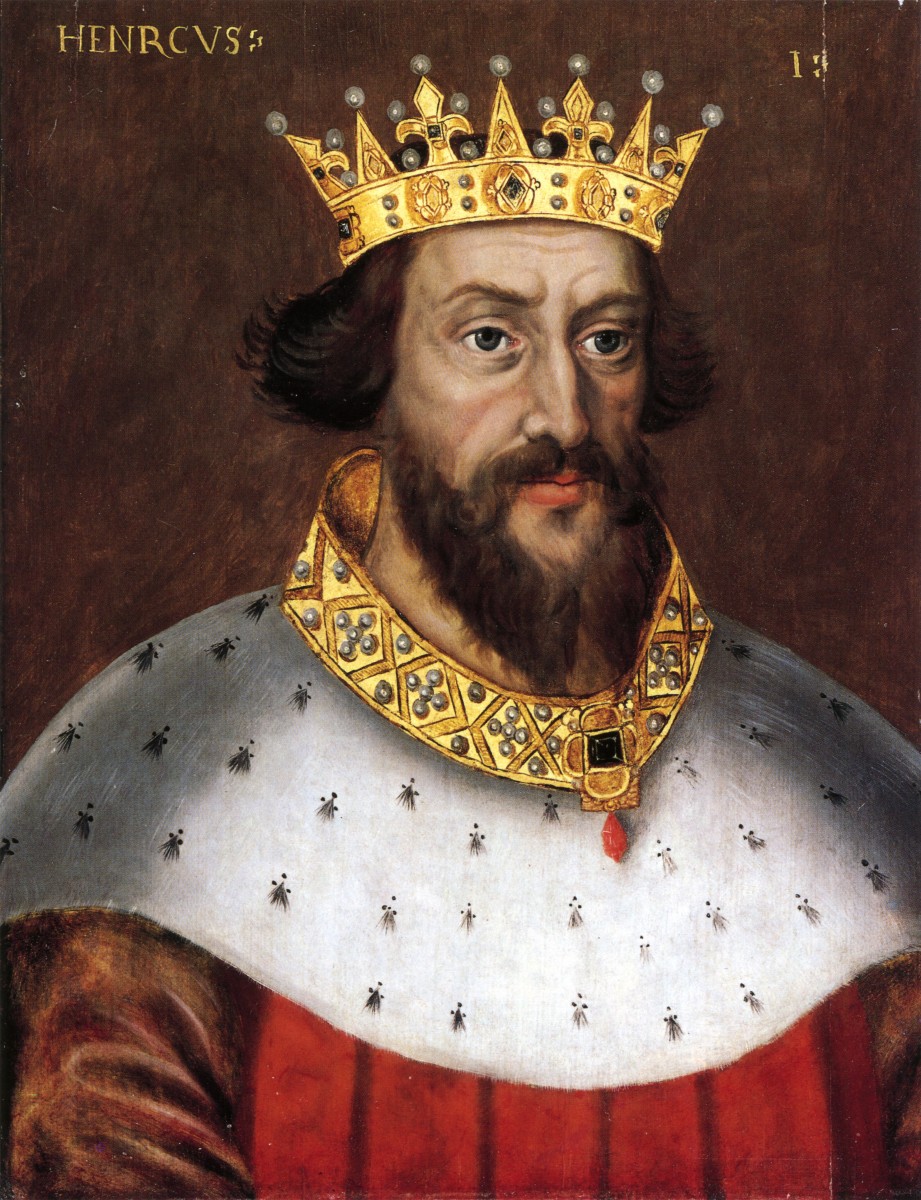 King Henry I in all his glory.

2. King Henry I died from eating too many Eels.

Yep, whilst on a hunting retreat in Lyons-la-Forêt, France, Henry fell ill. According to reports from the chronicler Henry of Huntingdon, the King ate a “surfeit of” (too many, essentially) Lampreys. He fell ill and after a week, died.

3. King Henry I’s body is buried in the Abbey.

After his death in France, he was taken to Rouen where his body was embalmed. His entrails, heart, eyes and brain were buried right there in the priory of Notre-Dame du Pré but his preserved body was brought back to England for its final resting place, at the Abbey. Despite it only being half built, he was laid to rest in front of the Altar.

4. King Henry I is not the only royalty buried at the Abbey.

King Henry I’s first wife, Matilda of Scotland, actually died 3 years before the Abbey was even announced, in 1118, and buried in Westminster Abbey. However, the story goes that ‘parts’ of her are buried at the Abbey - possibly her entrails.

Also buried there is William IX, Count of Poitiers, son of Henry II. It may be a grand title, but sadly young William was only 3 years old at the time of his death. He is buried at the feet his great grandfather, King Henry I.

The Abbey also hosts the remains of a Princess, Constance of York. Daughter of Edmund of Langley, 1st Duke of York and Isabella of Castile, she passed in 1416 and was buried at the High Altar.

5. However, no one knows if Henry is still buried there.

The problem we have is that it’s been 884 years since Henry I died. There’s no doubt he would have been buried at the Abbey. After all, he spent the equivalent of £500,000,000 on it, it was longer than Westminster Abbey, larger than Durham Cathedral and famous throughout Europe. In fact it was the largest Abbey in Western Europe at the time. It’s a certainty that he would have been buried there.

However, no one has been able to locate his final resting place. During the restorations, a large rectangle slab of stone was uncovered. It turned out to be an altar slab, but the King’s grave.

It’s thought that if the body of the King did survive the Abbey’s destruction, it would most likely now be under a more modern structure nearby. Unlike Richard III in the car park, we’ll probably never find old Henry.

6. The oldest piece of English music was found there.

The piece is called “Sumer Is Icumen In” and translates, as you can probably guess, to “Summer has come in”. Dating back to 1240 it is the oldest known musical composition featuring a six-part polyphony. It’s often referred to as the “Reading Rota”, due to being found at the Abbey, but sadly it was probably not written there.

7. There were some proper weird relics kept there.

No seriously, proper weird, but we’ll get to that. Along with the weird stuff there were some that are probably not what they claimed to be. Things like some of the Virgin Mary’s hair, parts of her garments and of her bed. Also parts of the rods of Moses & Aaron, and the rock that Moses struck. I’m no expert, but I’d say these are pretty hard to verify.

Check out this page for the full list, but some of the highlights include:

You read that correctly. Apparently it was sent to King Henry I as a gift from Emperor Constantine. Personally, I’d prefer Amazon vouchers.

It's worth noting that many churches across Europe claimed to have the Holy Prepuce (I'm guessing that sounds better in meetings than Jesus's Foreskin), often at the same time.

8. The abbey had 27 Abbots and the last one was hung drawn and quartered by Henry VIII

As expected, the Abbey had a constant stream of Abbots throughout it’s history. The last of which was Hugh Cook of Faringdon. He was made Abbot at aged 30, in 1520 and not only received his own coat of arms, but became close friends with King Henry VIII. They often hunted together and exchanged gifts.

When Henry declared himself as the head of the church, Hugh stayed loyal to the King. Hugh even led the funeral service for Henry’s 3rd wife, Jane Seymour.

However, the friendship took a downward turn when King Henry VIII demanded that the Abbey be turned over to his control in 1539. Hugh refused and was arrested and locked up in the Tower of London, later being found guilty of High Treason.

His punishment (naturally) was to be Hung, Drawn & Quartered in Reading Town Centre, outside the gates of the Abbey. His body parts were stuck on spikes and displayed around the town. I’ve seen some sites in Reading after a night out, but nothing quite like this thank goodness.

It was at this time that King Henry VIII’s Dissolution of the Monasteries act took place and sadly, Reading Abbey was largely destroyed. The buildings of the Abbey were robbed and stripped of their lead, glass and most anything else that could be taken.

The building’s of the Abbey have had other uses over the years, like Reading School and Reading Town Hall but largely fell into disrepair.

10. The Abbey Ruins are now open to the public again!

In 2009, the ruins were completely closed, following some reports of heavy falling masonry and a subsequent risk to public health. Following a £3.15 million conservation project you can now learn about the 900 years of history as you explore, with 27 information boards around the site. 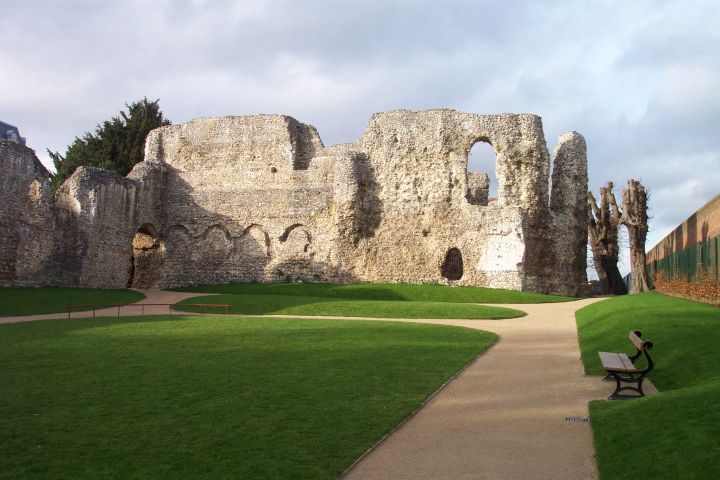 Reading Abbey Ruins as it is now.

It’s free to visit the site and open from dusk to dawn.

Still, what better way to enjoy the ruins than with a cold can of Siren, some delicious street food and some awesome bands!?

Check out this page for all the details on Down at the Abbey, taking place on Saturday 7th September.