From Norway with Love

Here at Siren, we’re always excited to brew using the very latest techniques, newest experimental hops and the most weird and wonderful adjuncts. Imagine our excitement then when we got hold of an isolated Hornindal strain of Norwegian Kveik yeast; previously naturally cultivated strains of yeast that Norwegians have been using to brew Farmhouse Ales for centuries. Now that modern yeast labs have started re-producing it, the wider world can experiment and enjoy the flavour notes it brings to the beer it’s used in.

Some of our passionate home brewer readers may have heard of Kveik, (pronounced kuh-vike, like bike), and others may have thought of it as it is a style of beer in itself. This is not strictly true, although it does have a strong identity. With it now being more widely available, you can expect to see the word ‘Kveik’ cropping up on labels more often.

Kveik literally translates as “Yeast” in a particular Norwegian dialect, mostly in Southern and Western Norway. If you’re buying Yeast in a Norwegian shop, then you’ll need to look out for ‘gjær’; most Norwegian brewers will refer to yeast simply as ‘yest’ or ‘yester’.

Going back into Norwegian beer history, Kveik yeast strains have been passed down through generations in smaller farming communities. It’s thought that the use of Kveik yeast in Farmhouse Ales can be traced back as far as the early 1600s, possibly even long before then. There are many different types of Kveik yeast, and all will provide something slightly different to the final beer.

At Siren, we have a house yeast, Vermont, which helps to give our beer the taste profiles we want, backed up with a variety of hops and brewing methods. However, experimenting with a different yeast for other flavour profiles is something we enjoy. The Kveik yeast brings an intense tropical flavour and works to perfectly compliment the kind of fruit forward hops we love to brew with. It helps create aromas of dried fruits, pineapple and fresh citrus.

We’ve experimented with Kveik for two new beers, 8.5% Translucid IPA (in collaboration with Magic Rock) and 4% Suspended in Kveik, a hazy pale ale. 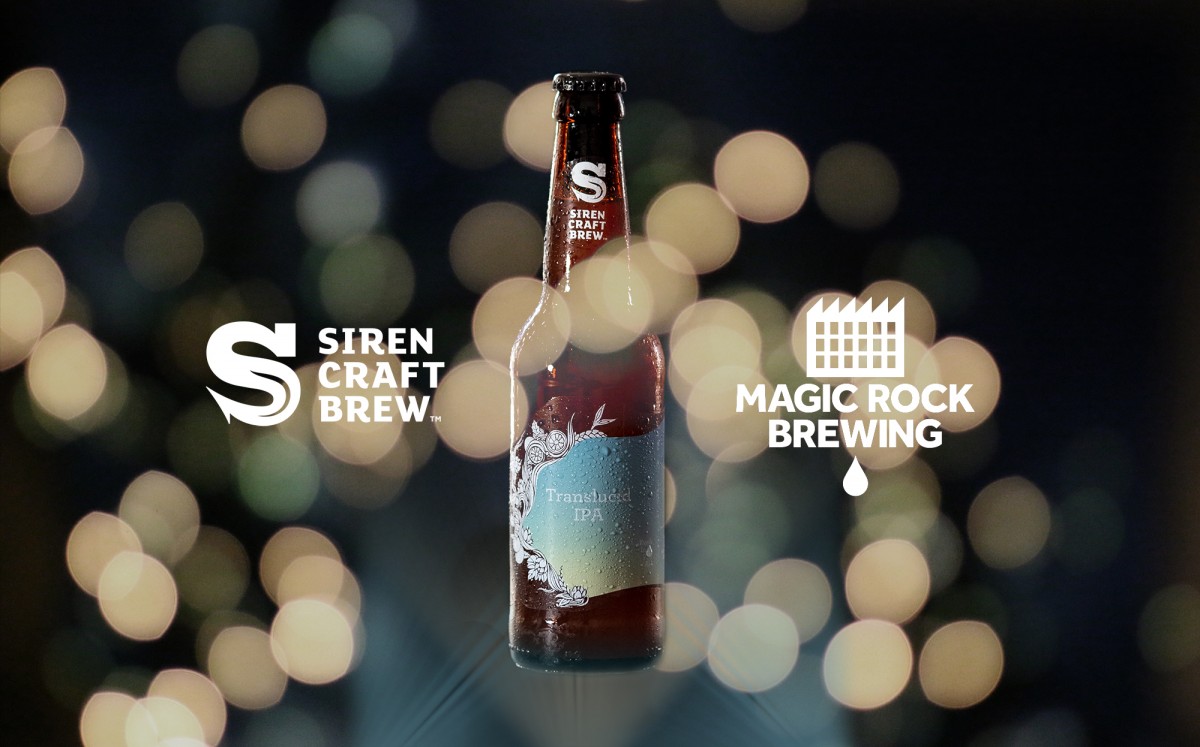 Magic Rock visiting the brewery for a collaboration gave us the perfect opportunity to experiment with the yeast for the first time, in the form of a big IPA. To complement the yeast, we chose Ekuanot, Simcoe and Mosaic hops to create a big fruit first beer with a huge aroma of fresh hops and citrus fruits. The beer is rounded out with a smooth mouthfeel that leaves you wanting more.

Suspended in Kveik is the latest in our series of 4% Hazy Pale Ales, each batch focussing on a different element in the recipe. For this one, we’ve used the Kveik yeast to really push a crisp and clean flavour, again with those wonderful fruit notes, fresh hops and yeast esters that invite you in time after time.

Ancient Norwegian yeast cultures known as "kveik" have been fermenting traditional Nordic beer for generations, and now we’ve been lucky enough to get our hands on an isolated Hornindal strain to try out. Ekuanot, Simcoe and Mosaic feature in our first showcase.