Lager. If you’re anything like me then it was probably the first beer you tried and pulled a face at, only to be one of the most encompassing aspects of your formative years.

But also if you’re anything like me, the humble lager probably got left behind as you explored the expansive and hazy world of craft beer. When we think of lager, we think macro pints served in their millions across bars everywhere.

I took the chance to sit down with our Head Brewer, Sean, to talk Lager. 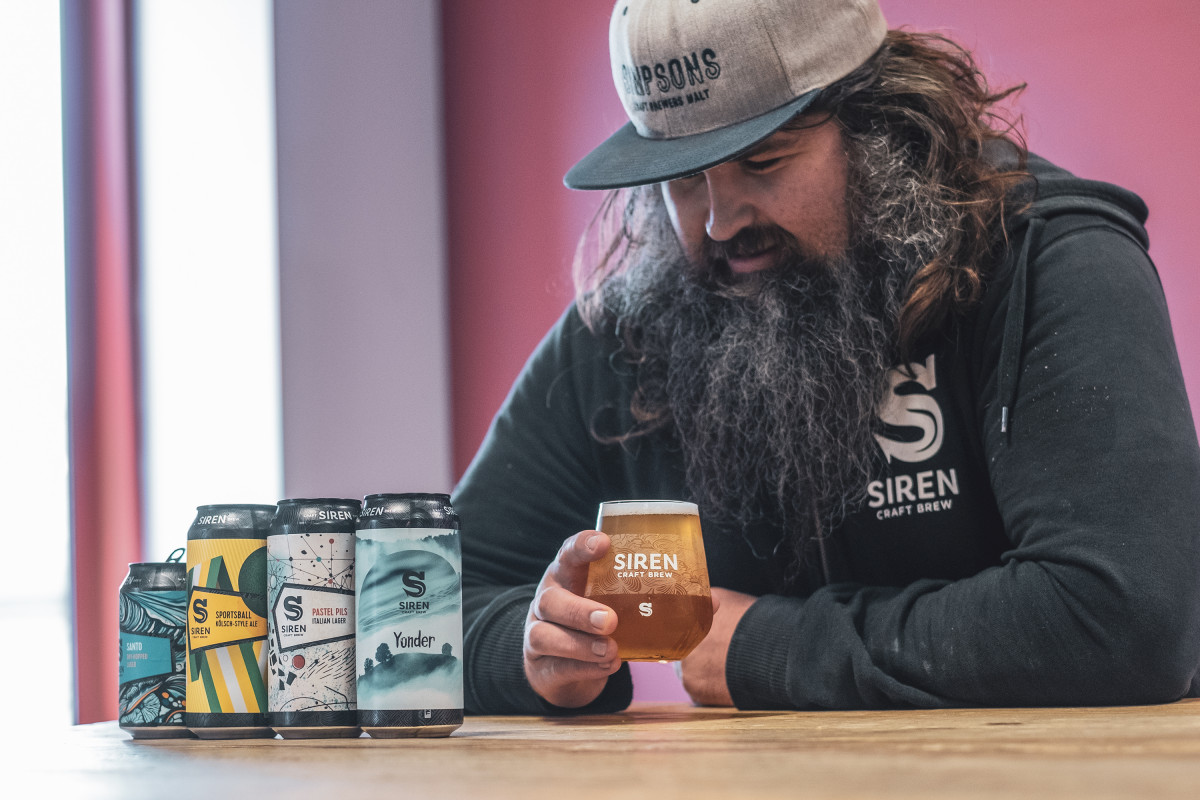 There’s a bit of a trope within the craft beer industry that after all these amazing DIPAs, Sours and Imperial Stouts you just want a pint of lager. That’s true of the Siren marketing pod, at least.

But hold up… did I just say style?

I’m going to quote the awesome Melissa Cole here - Lager is less a style, and more a process. Whilst I’m sure most people would say that Lager is a style of beer, and it would be hard to argue that point, we agree with the sentiment that “Lager” is a proud category of different styles, which all follow the lagering process.

Lager comes from the German word, literally translating as ‘to store’. When it comes to lagers, the yeast is the most important aspect. Lager is bottom fermented (the yeast flocculates to the bottom of the fermentation vessel) from yeast that ferments slower and at a cooler temperature than, say, an ale yeast.

Lagering is literally the process of storing the beer, allowing it to age and clean out over time. 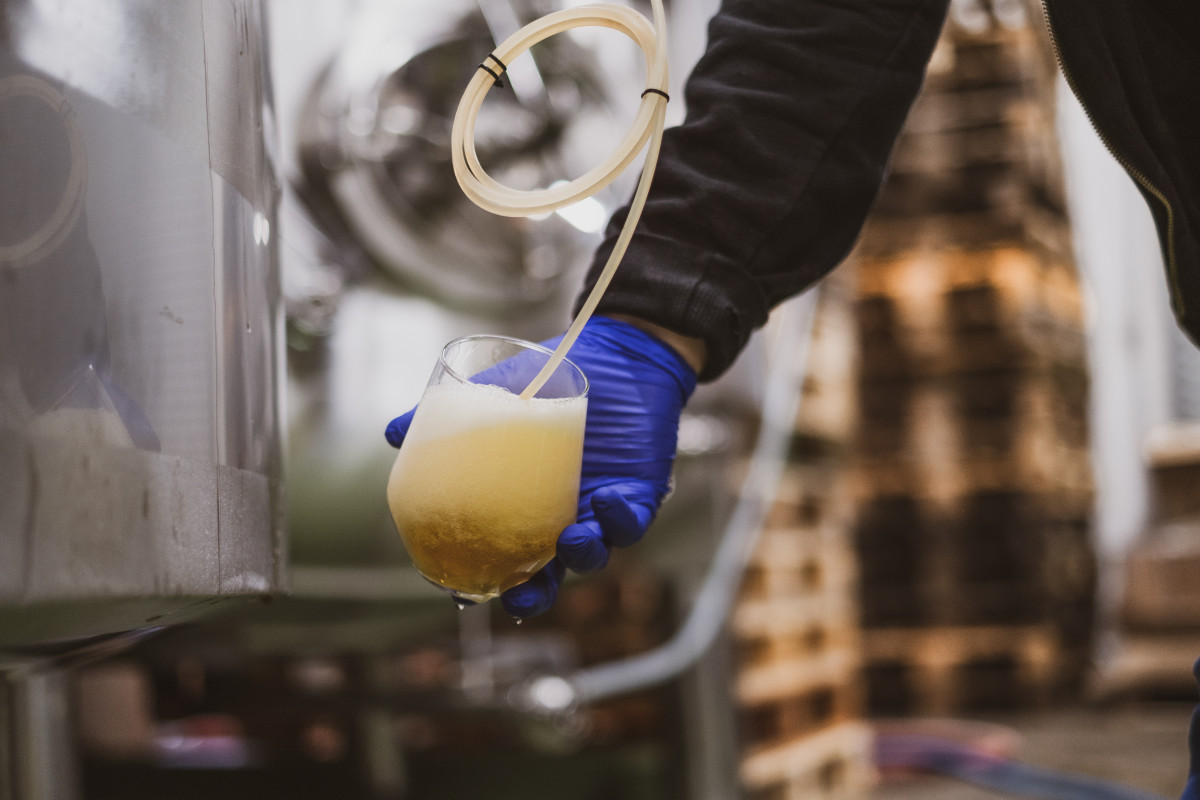 For Sean, our head brewer, it’s a style he loves. If you have good ingredients and follow the process correctly then you’ll end up with an incredible drink. He particularly enjoys making Lager because of how dramatically the brew changes over time, whilst fermenting.

For more reading on Lager, we recommend Mark Dredge’s A Brief History of Lager: 500 Years of the World's Favourite Beer, and Melissa Cole’s The Little Book of Lager: A Guide to the World's Most Popular Style of Beer.

With Santo being such a key part of the Siren lager story, I asked Andy to take over for this part as the story begins before I joined. Over to Andy....

Our journey with lagers began with the 2017 Rainbow Project, which often inspired the use of outrageous ingredients, unusual styles or high-concepts that wouldn't otherwise see the light of day. Santo del Frio was a dry-hopped American Lager, which didn’t tick any of those boxes! But it was a step in a new direction for us. Although at its heart, this Sante Adairius collaboration was a well hopped lager, it also utilised blue agave syrup aged in our own Tequila barrels and blue corn tortillas in the mash! Sacrilege! It was fermented with an American Lager Yeast flown in from California. After that project, we enjoyed the beer so much that we developed a more repeatable, consistent version of it that could work all year round, dubbed Santo. 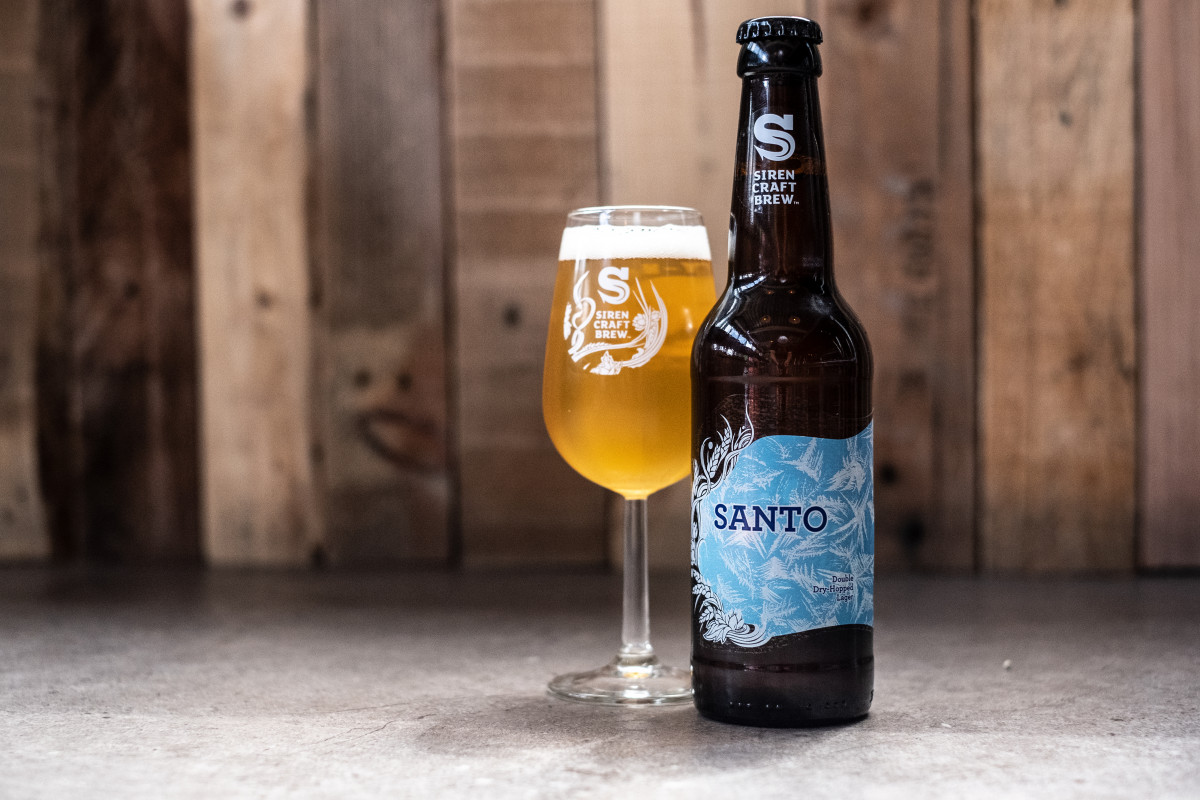 Fast forward to early-2020 and the pandemic has hit, pubs have closed. Breweries everywhere were trying to work out quite what to do next. Millions of litres of beer sit in kegs, casks and even before that, tanks, with nowhere to go. Curiously, one of the slight positives of this time was a resurgence of interest in lagers from independent British craft breweries.

Two things fell into place for us. Firstly, we had a Santo in-tank that fell victim of an immediate drop in demand. But this wasn’t a problem. On a daily basis this beer just kept getting better and better. It previously benefited from a four-week tank time, which was already generous. But once you’ve tasted your beloved hoppy lager after 64 DAYS you can’t forget it. So we set to work researching how we could keep Santo at that level going forward, and have switched to a Bavarian Pilsner Yeast which is helping keep the beer super clean. 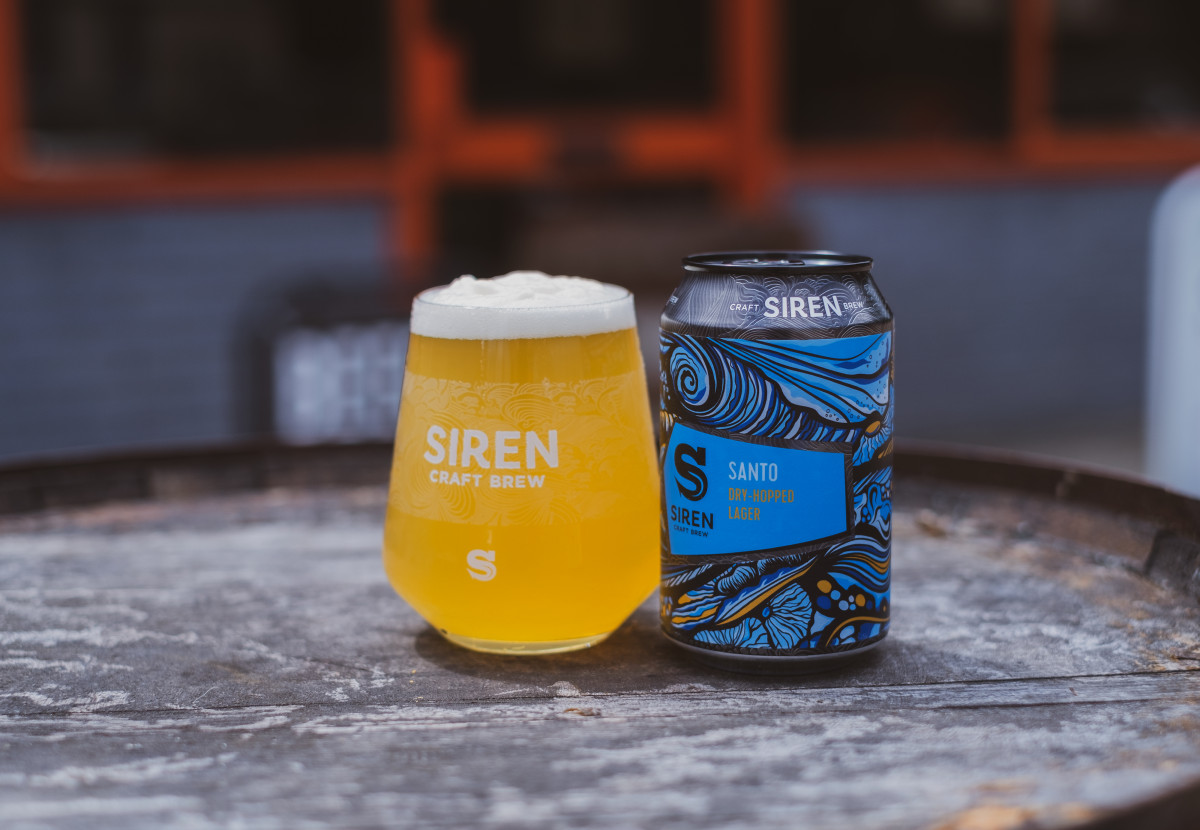 Once the beer-in-tank and beer-in-keg challenges had begun to alleviate for breweries (and from our point of view - that’s thanks to all of you supporting the scene with pub takeouts, minikegs, growler fills and online orders - thank you!) the next challenge was an abundance of EMPTY fermenters across the country. After 7 years of pretty relentless activity, we began to brainstorm what we could do positively with this downtime, rather than dwell too much on the situation we found ourselves in. Everyone seemed to come to the same conclusion at one - lagers. No stresses on needing the tank space, and if lockdowns prevented us from trading, the lagers could stay in-tank doing their thing.

And so it began, Siren made lagers.

With that, Sean now had lager on the mind. 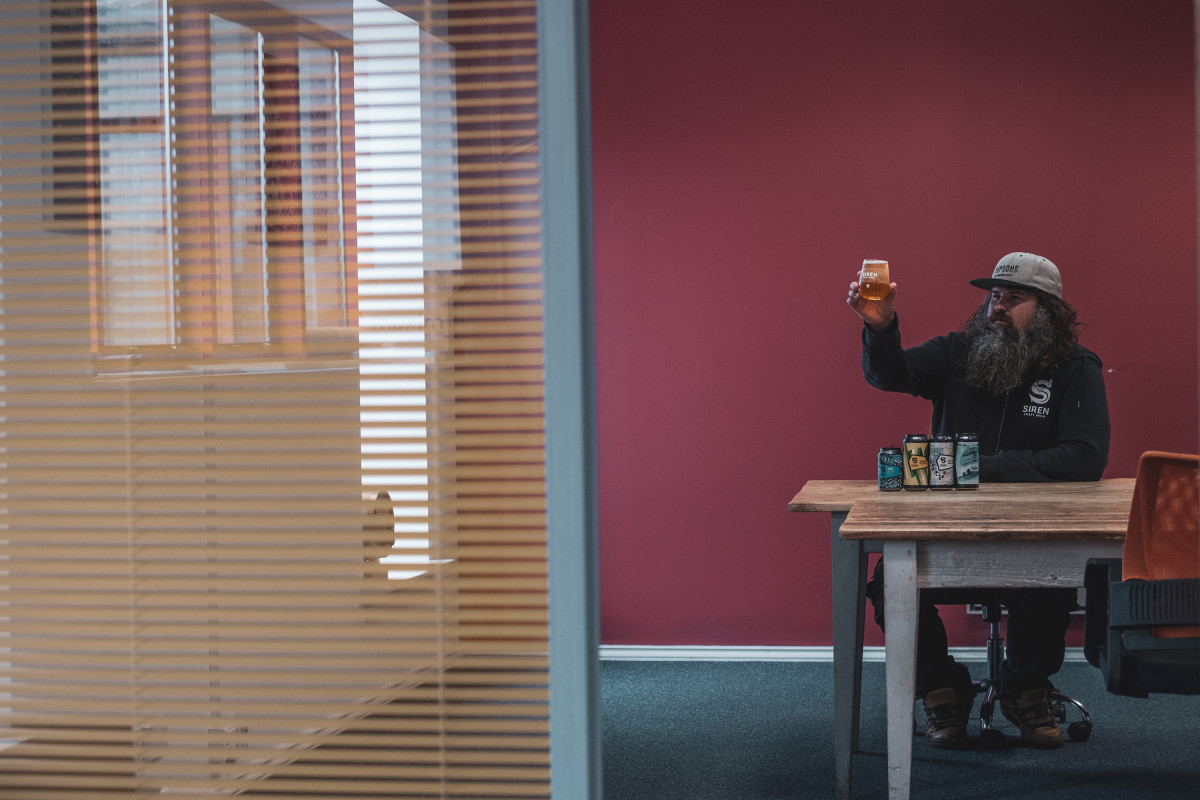 "The nice thing about being an independent brewery that always puts the beer first and foremost is that we can experiment. We take inspiration and we try things out." - Sean Knight, Head Brewer

Sean remembered a pint of Lager from a wooden cask he’d had in Germany. This lead to us brewing an Imperial Lager, and spinning it (see the Spinbot blog for more on that process) on Oak. Moonlight Beams was born. The gentle vanilla notes gained from the wood played nicely with a high ABV lager. 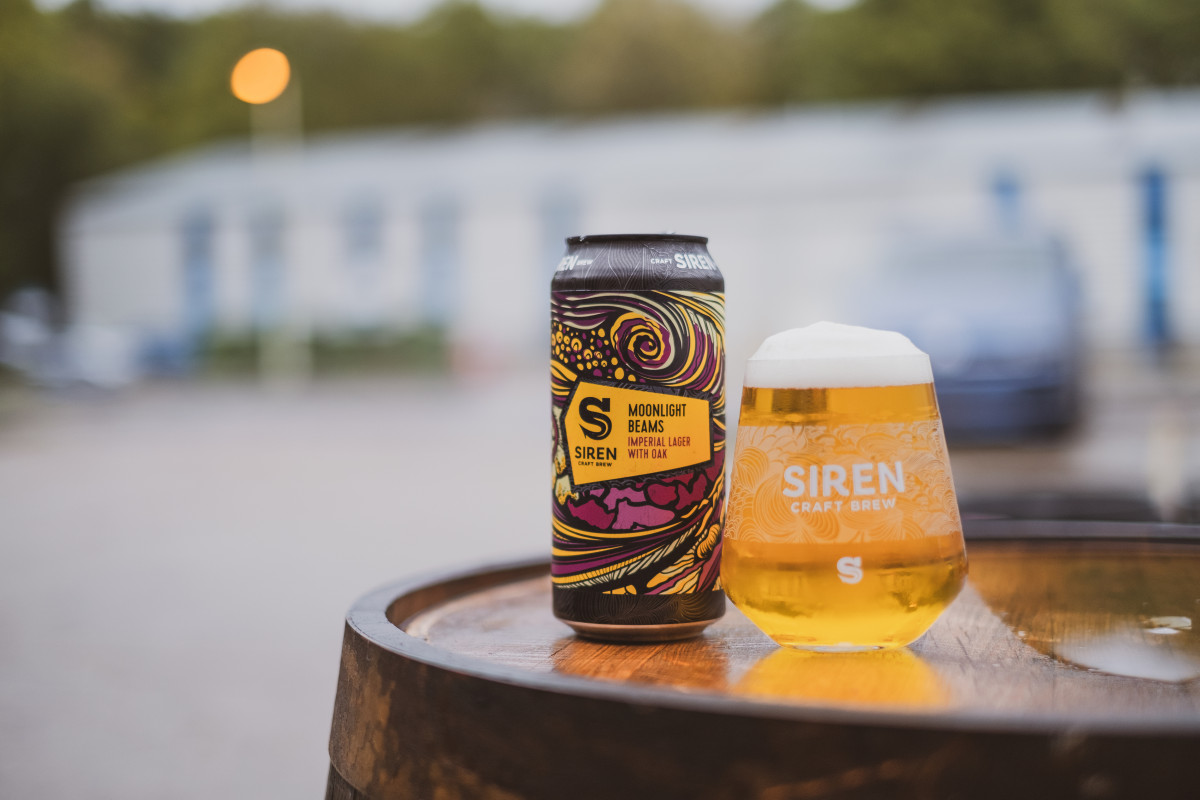 With Heart of Ice, Sean and his team used rice to make a super light American lager, finishing clean, crisp and refreshing - perfect for all those summer of 2020 evenings spent sat in the garden.

And then there was Pastel Pils. Of course, inspired by the original Italian Pilsner, Tipopils, a small batch brew from a brew pub in North Italy in the late nineties that inspired an entire style. An unfiltered and dry-hopped with German noble hops. For more on Tipopils, check out Mark Dredge’s awesome blog here. 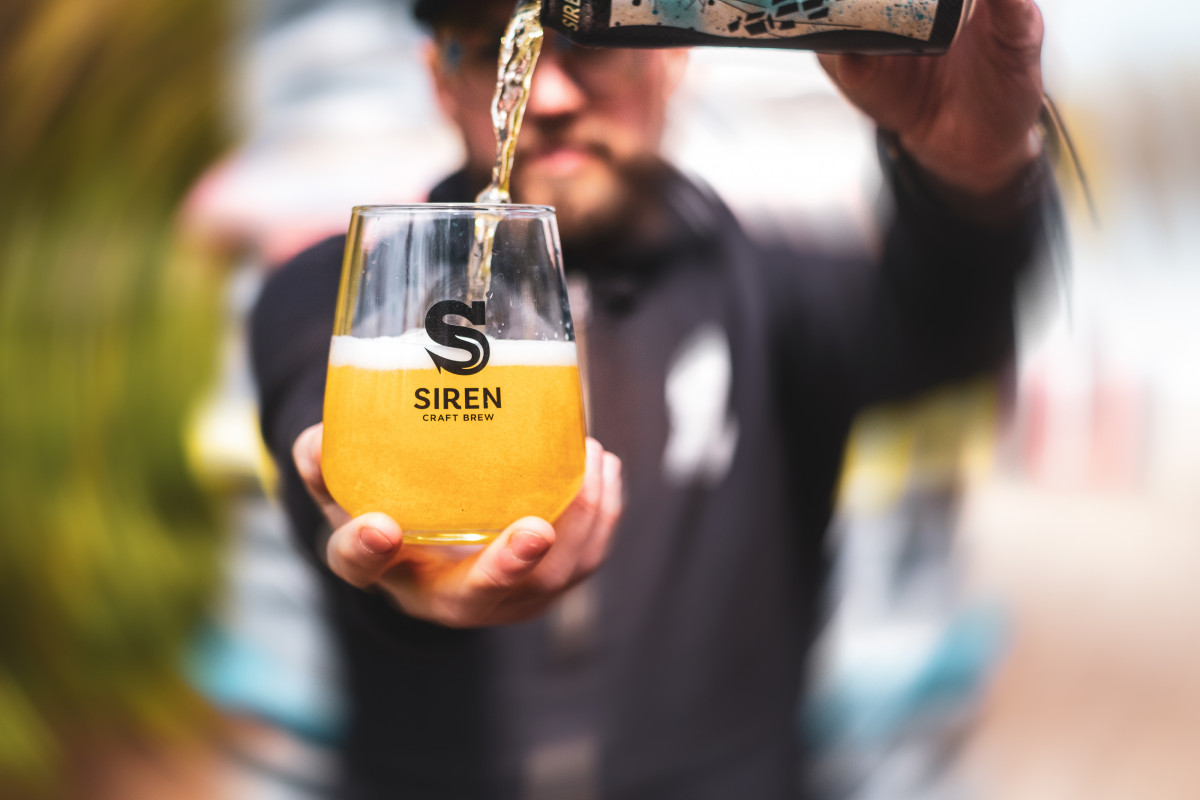 The experimentation with lagering has continued.

More recently, we hooked up with Yonder for a collab. They really wanted to see what we were doing with lagers, so we decided upon a ‘Marzen’. Marzen was a style historically brewed in March, with a higher ABV and more hops. This was because brewing new beer was prohibited from April 24 - September 28. Marzen was often cellared over the summer, ready to bottle for Oktoberfest.

Luckily, we didn’t take that approach. Our Marzen used British Hops, in First Gold and Admiral, as well as some Mandarina Bavaria for good measure. Orange Zest gave it an extra level of indulgent freshness.

Most recently, Sportsball, has made its way out to fridges and bars to pair with the Summer of Sport. Sean reminds me though, that technically Sportsball shouldn’t count, because being a Kölsch Style Ale, it’s warm fermented with a top-fermenting  yeast. It’s the traditional Kölsch yeast from Köln that’s contributing soft, fruity notes. We ferment cold too, so it’s remarkably crisp and clean. 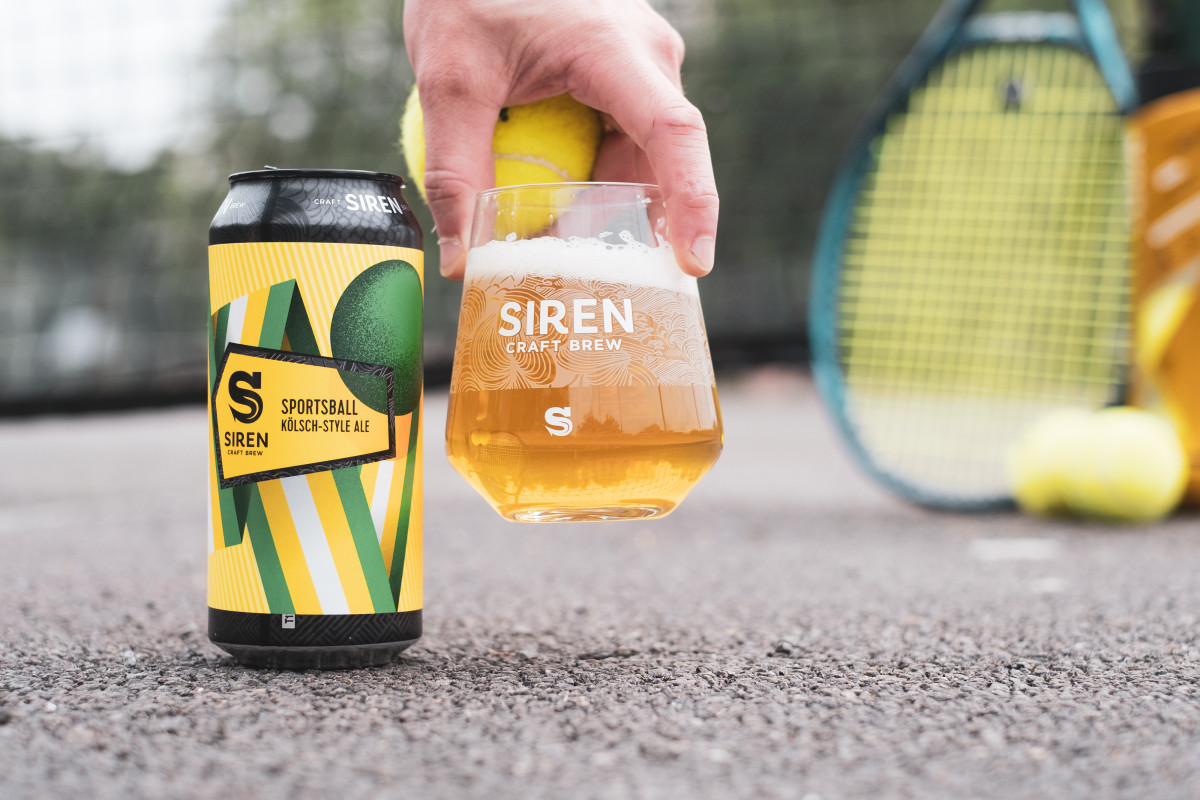 I can personally attest to how much Sportsball hits the spot. As England scored their 4th goal of the evening during the Quarter-Final Euros match against Ukraine, my 4th pint of Sportsball at the Nags Head in Reading was going down a treat. It’s delicious stuff.

And this brings me to another point Sean raised.

There’s often a distinct lack of excitement for lager, and we get it, it’s cool. We know it’s not the trendy style, we know it’s not going to get the hype of a hop-tastic DIPA or an Chocolatey Imperial Stout, but we don’t mind because we believe there’s room for all these things at once. And what a treat to have all this choice so readily available to us all in 2021.

We brew because we love brewing, and we love beer. All beer. Sean says he loves giving lager the time it deserves. For him, brewing lager is a labour of love. At the end of it, comes a cold glass of nostalgic delight. Lager is fit for any occasion. It can be enjoyed on the beach under the sun, in a sweaty venue watching a band or even over a romantic meal. 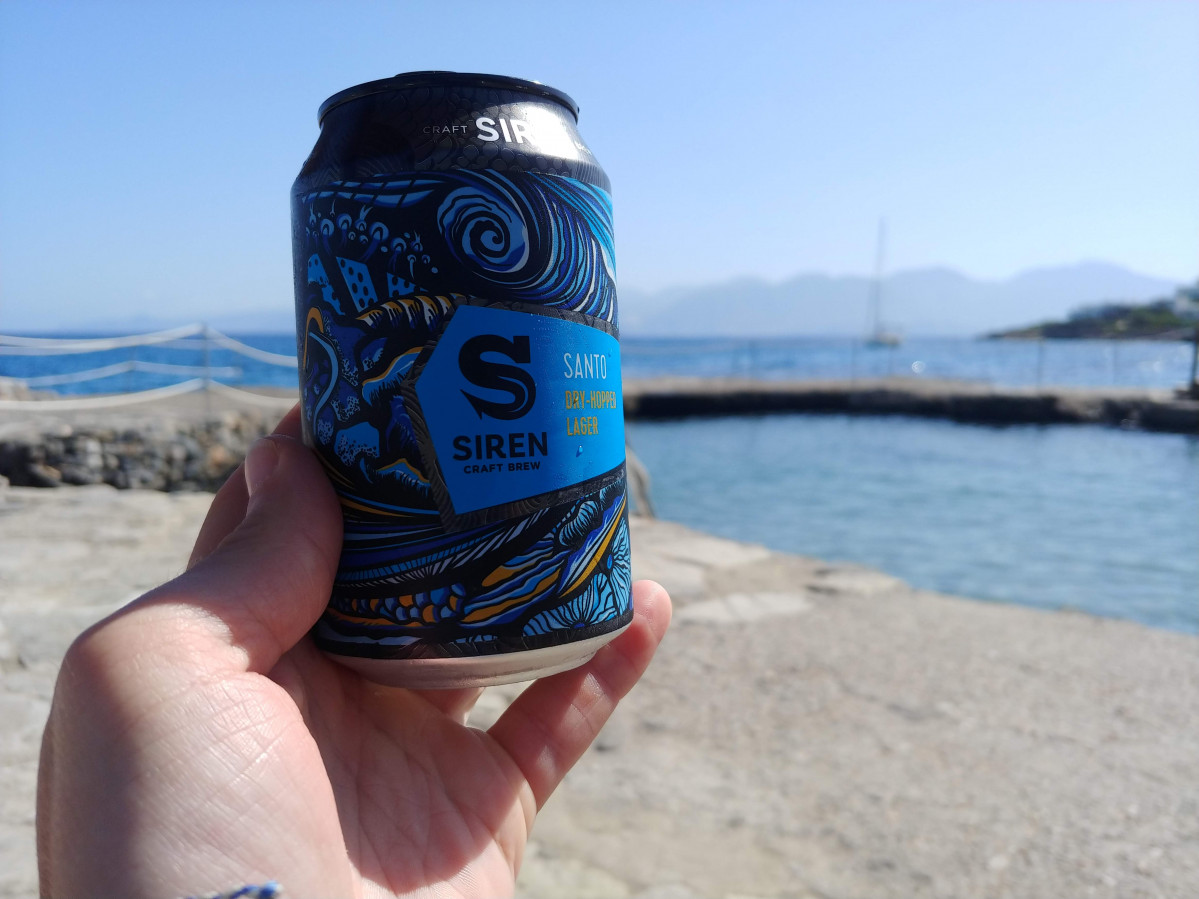 Lager is a thing of beauty, and that’s enough for us.

Well, there’s a number of exciting things coming up. You may have spotted on social media that we had our friends from Lakes Brew Co in recently, as they endeavoured on a collab tour before finalising their own brewhouse.

What did we brew? You guessed it… Imperial Stout. No, only kidding, it’s a Helles-Style Lager. This is a classic style and we can’t wait for this one to appear later in July.

We’re also planning a New Zealand Pilsner, something similar to Pastel Pils, but using New Zealand hops. From our experiments with these hops in “Suspended in…” brews, we’re excited to see what they bring to a super clean lager base.

We’ve also got a lager in barrels, and that’s something that truly excites me, pushing lager to the very limits of what it can be. Watch this space on that one!

Any lagers we produce from now on will also benefit from our new water treatment capability, as the soft base plays exceptionally well with this style of beer.

As I ended my chat with Sean about Lager, I asked him who he’d love to collab with, when it comes to Lagers. I wasn’t surprised that without thought, the words “Donzoko” and “Utopian” came out of his mouth. I think we all agree that the brews being created by both breweries are up there as the best in show.

He also said that he’d love to brew an Italian Pilsner with Firestone Walker... I can’t argue with that.

So… cheers to lager. Cheers to an under-appreciated and often forgotten style.

Our Italian pilsner is all about clean, harmonious flavours and outstanding drinkability. Classic base malts give just enough sweetness to balance against the hops, which are more prominent here than in other lager styles. Delicate floral and herbal aromas give way to light gooseberry notes and crisp, refreshing bitterness.