How on earth does Carlsberg link to a Siren beer? Read on and find out!

It’s fair to say that 2019 was a pretty busy year for Siren Craft Brew. Not only did we finish up the crowdfunding campaign, we installed a brand new enormous canning line, gained a new head brewer and launched a rebrand. All of this took a lot of time and attention across the board, especially the transition from bottles to cans, and then from 330ml cans to 440s.

That meant that something had to give way, and unfortunately for us as much as you, it was the barrel releases that we had planned. Some of you may remember last year’s barrel blog, in which we outlined what we had planned.

Now that the canning line is running smoothly, we have some more time to focus on the Barrel Store. Our first 2 barrel releases are well and truly confirmed, with release dates and everything, with one more set to follow. Read on to find out more about what’s coming up from the Barrel Store soon. 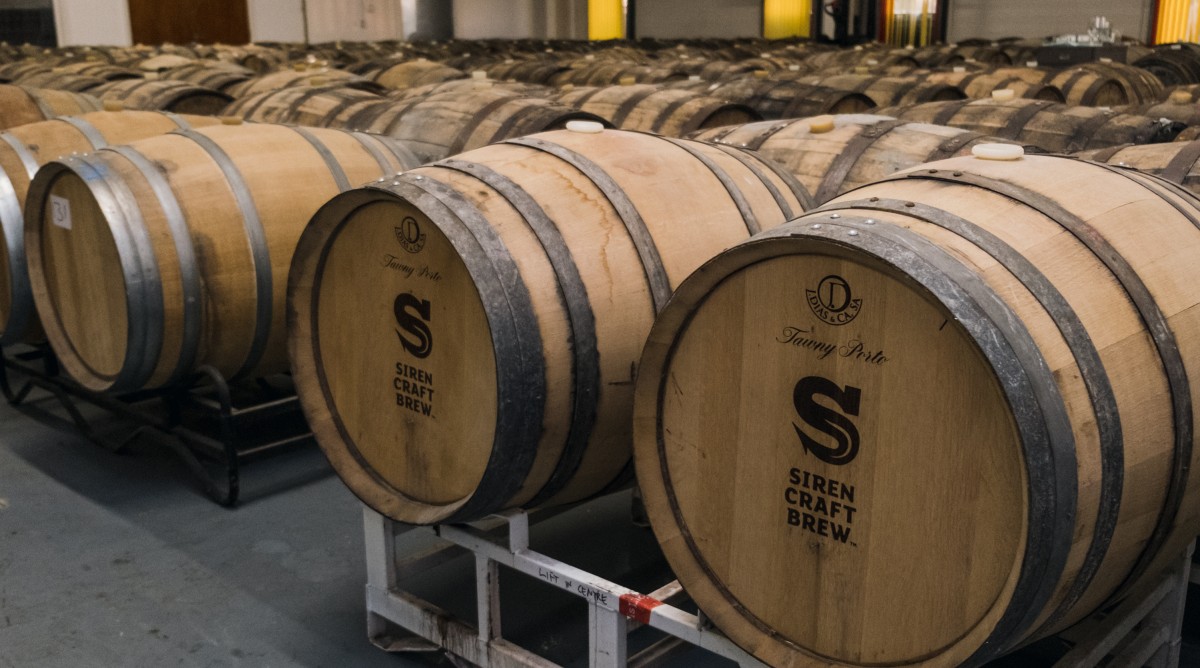 The first release from the barrel store this year comes in the form of a collab with Florida’s J Wakefield.

When the J Wakefield team came over from Miami in 2017, a big stout was decided upon for a collab. Whilst J Wakefield don’t have a dark beer in their core range, they do make some incredible seasonal imperial stouts. The idea of combining with them to brew specifically for barrels was natural.

Base malts of Marris Otter, Wheat, Oats, Amber, Crafa and Pale Chocolate were joined by a hit of Magnum hops, the same we use for Broken Dream. A final addition of some Muscovado sugar left a thick stout, rich in flavour.

Since then, it’s been sat breathing in all that the Jim Beam & George Dickel Tennesse Whiskey barrels have to offer. The result is a 12.4% luxurious brew with rich aromas of dark sugar and toffee, a comforting chocolate fudge flavour profile, warming spirit complexity and a slick mouthfeel. 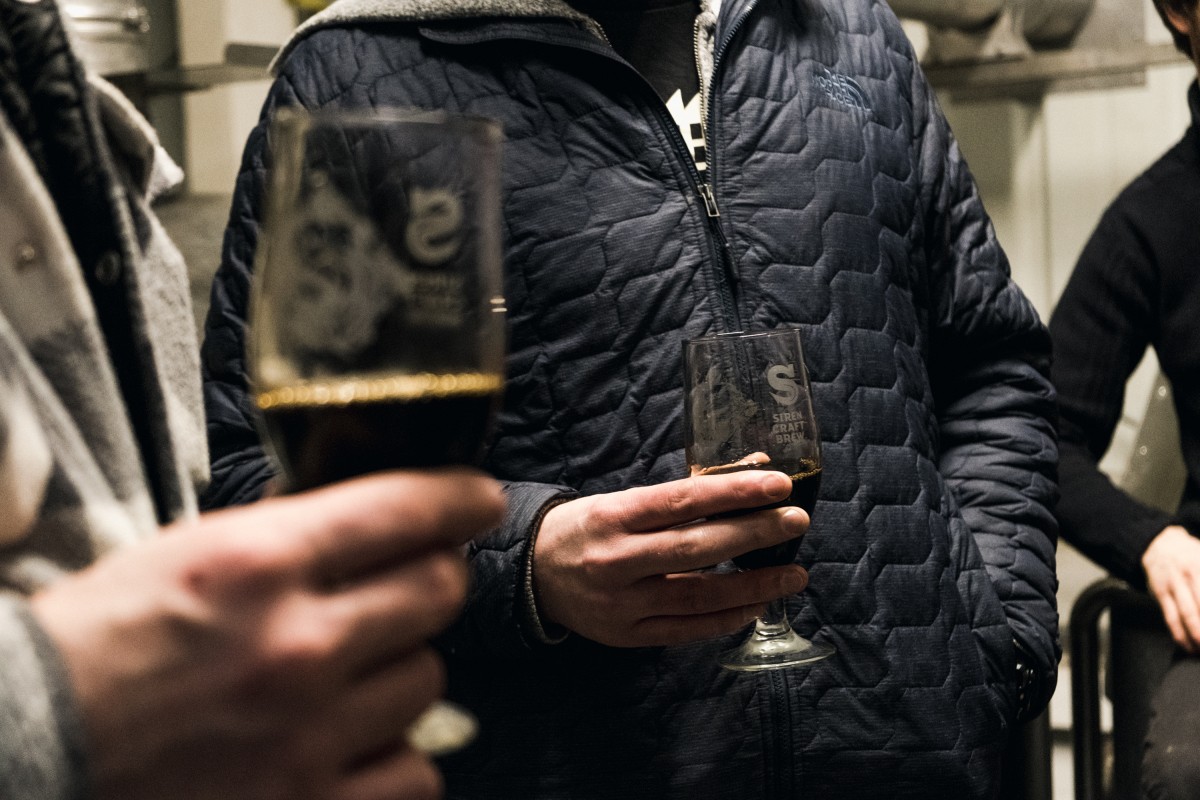 It’s being bottled on February 10th, and will get its launch and first pour at Cloudwater’s Friends & Family & Beer festival.

It’s nearly here folks. Our Anniversary Barley Wine blend. And we hope you share our excitement!

If you’ve never heard of Maiden, then let us give you a quick back story. Back in 2013, Siren was born. Everything needs to start somewhere and our Maiden voyage into brewing was an American Barley Wine. This brew went straight into a variety of barrels to start ageing.

Since then, once a year we gather the team, selected guests and more recently some investors to bring those barrels together in a carefully selected blend.

The blend starts with everyone working tasting Maiden from a wide variety of barrels, like red wine, various whiskeys and bourbons, tequila and rum etc. Even if the beer has been in several barrels that have previously been used for the same liquid (whiskey, for example), the aged result can vary wildly. Each barrel brings a unique character to the beer.

After lunch, we start blending.

Blending is a truly individual process, and it’s amazing to see the wide variety in aromas, flavour profiles and experiences each person comes up with. Someone might love what they come up with and yet it could be that no one else does.

Once each person has found their favourite amalgamation of aged Maiden and this year's freshly brewed batch, the teams decide on which blend will represent them. Those chosen 5 or 6 then go head to head in a final tasting and a winner is chosen.

Last year, it was a dead heat between 2 blends. Our Barrel Manager, Steve, then has the difficult job of turning the winning combination, or combinations, into the final product to be bottled and released.

It’s a really exciting process and creates beer history each year. Every Maiden produced has a small amount of that first ever brew within it. This year, that will be a 7 year aged Barley Wine; something pretty special!

Maiden ‘19 is set for release in March, and as ever we will be hosting launch nights up and down the country - watch this space!

Back in early 2018, Wiper and True came to town and we brewed two beers. Some of you may remember our Bretted IPA, Wilde Geest, and it’s almost time for its big sister to come out of hibernation.

The Siren and Wiper and True teams had recently met up at Carnivale Brettanomyces in Amsterdam, where we all really enjoyed a bretted Old English Ale from Goose Island. Also around that time, the fantastic Little Earth Project had done something similar over here and we all felt inspired to do our take on it.

We Are Stardust is our modern interpretation of an English Stock Ale. These old ales, throughout history, would often sit for long periods and react to the environment around. The ‘modern’ approach is that we know exactly what we’re doing and aiming for, and the beer is kept in a very controlled environment. We started with a high bitterness and high gravity beer using age old recipes, never designed to be drunk as it was. After an initial fermentation in steel, the brew was racked into barrels.

At this stage, we added a culture of Brettanomyces claussenii so that the beer would re-ferment over the 24 months spent ageing. The idea was that the time the beer spent in barrels would dry it and the brett would bring out some brighter notes and round off the harsh edges to create a polished product full of flavour and depth. 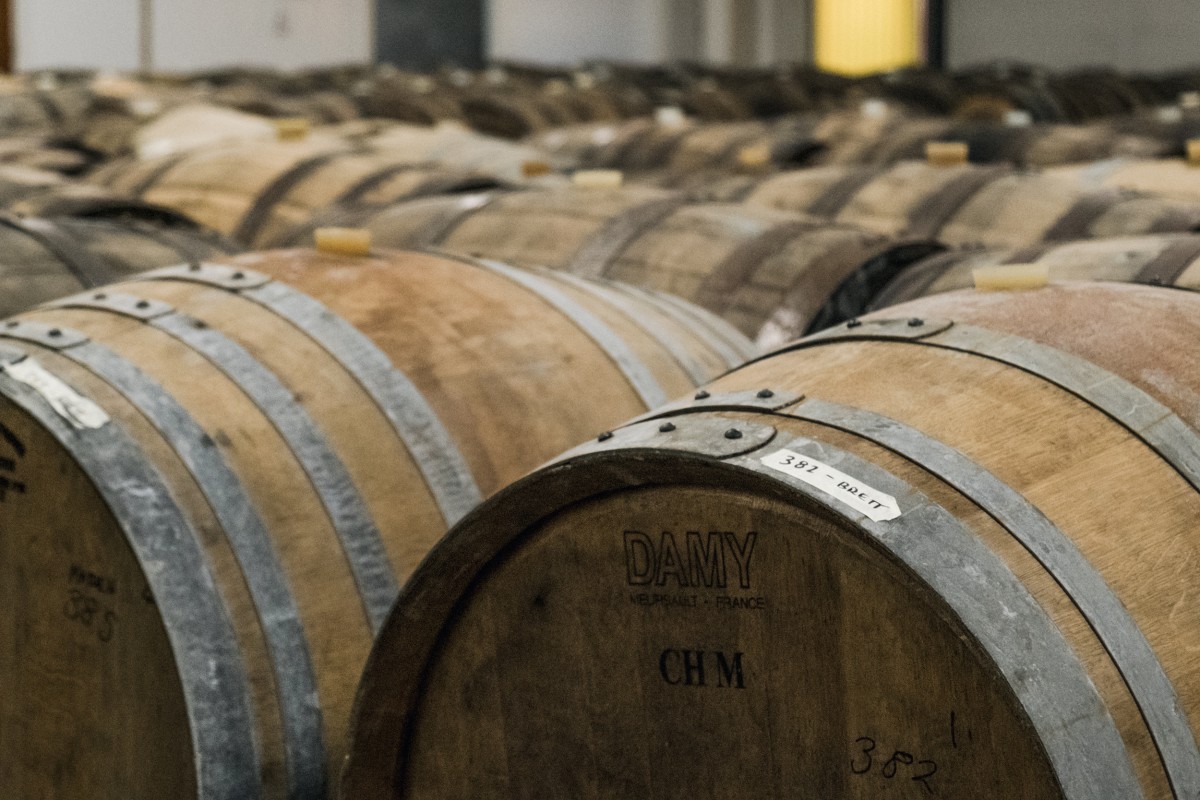 Normally, we only use Bourbon barrels once or twice, but for this beer we weren’t looking to infuse too much of those barrel flavours you’d expect. Instead, we used 3rd use Bourbon barrels, which yield far more subtle results and allow the Brett to shine. Essentially, by 3rd use, it’s purely an oak vessel for re-fermentation.

In 1903, a UK patent was made for a strain of fungus; the first of its type. This was made, and later published by N. Hjelte Claussen of the Carlsberg Brewery. It was Claussen who named the microorganism Brettanomyces, which is greek for British Fungus. Although some believe that Claussen instead named the fungus for his love of Brittany. Either way, a love affair between brewers, and something that anyone else would consider a contaminant was born.

Modern craft brewers use Brett to create classic ‘English ale’ flavours - some might call it a ‘farmhouse’ flavour. Used correctly, it’s a depth of flavour that is as delicious as it is indescribable.

We love experimenting with Brett, and we’re super happy with how this beer has turned out.

We Are Stardust doesn’t yet have a release date, but we’re hoping it’s sooner rather than later

So there we go, hopefully that's enough to look forward to for now. If you want to see the other stuff still waiting, check out the aforementioned blog from last year here: Welcome To The Barrel Store.

Who knows what's set for later in the year, but we're certainly hoping for a few more!