It's nearly time for CAMRA's Great British Beer Festival, where Broken Dream was announced as the Supreme Champion Beer of Britain in 2018.

We're super excited to be going back with an awesome line-up of beers, and here's your chance to join us.

We've got 5 pairs of tickets to give away!

Winners will get free entry to a session of their choosing, as well as one of the first available Siren T-shirts with our new branding.

It's simple, we want you to tell us about the first time you tried Broken Dream! whether it was a can, or a bottle, on keg or on cask... we want your stories!

Competition closes, and winners are announced on 31st July!

This year, we've worked on a tasty little line-up that we think you're all going to love:

What: The Great British Beer Festival is one of the biggest, most exciting and well-known events in the beer and cider world. Organised by the Campaign for Real Ale (CAMRA) it brings hundreds of real ales, international beers and real ciders and perries under the iconic Olympia roof.

There's also an exciting and varied range of street food and snacks, including veggie/vegan and gluten-free options, live music and beer talks/seminars.

Providing a stunning backdrop of grand Victorian architecture for over 130 years, Olympia London has enjoyed a colourful history since opening its doors to the public in 1886. The Great British Beer Festival first moved to Olympia in 1992, and with a short break at Earls Court the venue has now been home to the festival since 2012. We’re excited to be bringing you some incredible beers this year at one of London’s most iconic venues. 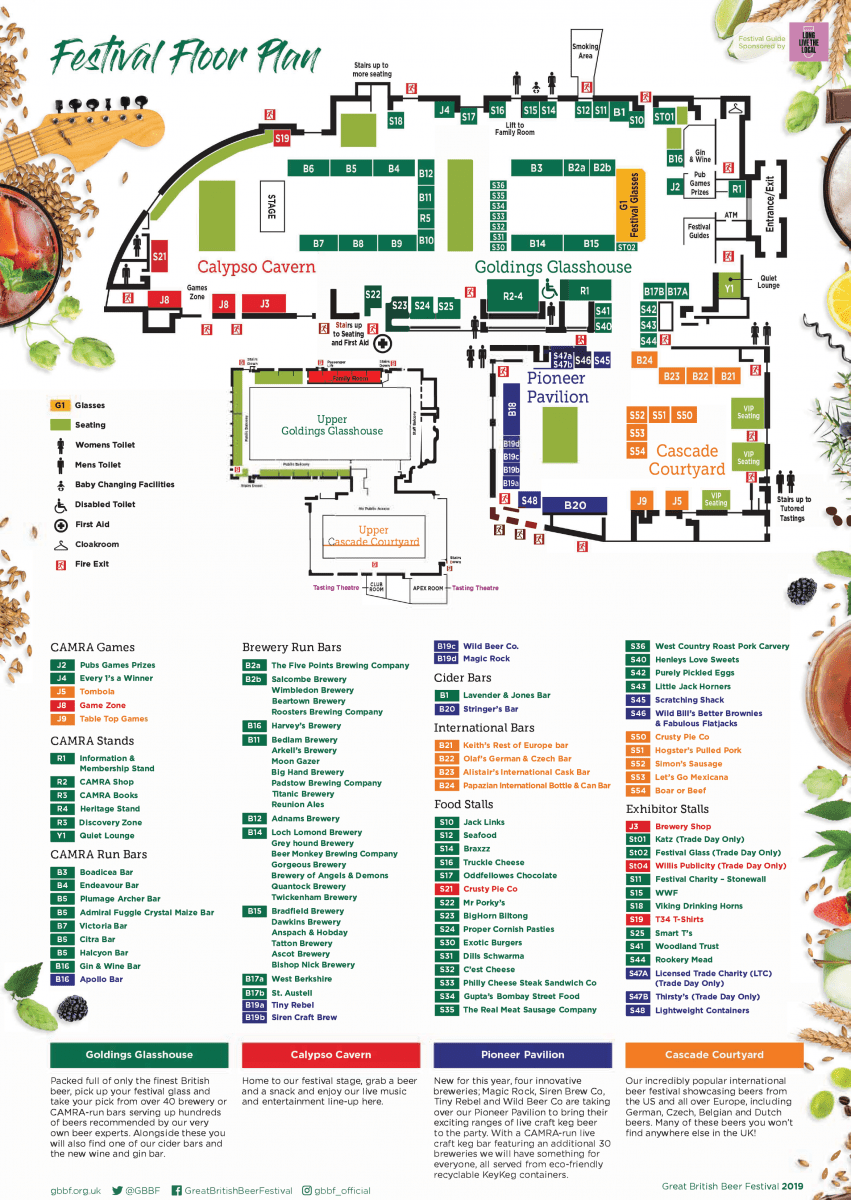