A look back on The Grateful Eight

With our 9th anniversary celebrations on the horizon and events being booked around the country (and Europe!), we thought we'd take a look back on last year's "The Grateful Eight" celebrations.

We're absolutely delighted to say that the festival won a "Marketing Implementation" award at Siba BeerX 2022.

Heading into 2021, the country was shut down with the third coronavirus lockdown. Once again, the craft beer sector had to adjust and find new ways to enjoy beer as a community.

After picking up confidence with our online experiences in 2020, we wanted to be even more ambitious with our 8th Anniversary. We decided to host a never before seen virtual beer festival. Whilst the idea of online streams and virtual tastings was nothing new, our plans for it were.

But first, we had an anniversary brew to plan. After 8 years of business growth, we wanted to thank everyone who had been along with us for the journey, so we decided to make an entirely crowdsourced beer.

The theme underpinning everything was ‘We Didn’t Get Here By Accident, But We Didn’t Get Here Alone’. Our customer base got us through the pandemic and to where we are, this event was for them. This line has been printed on our delivery boxes for all of 2021, numbering in their tens of thousands. 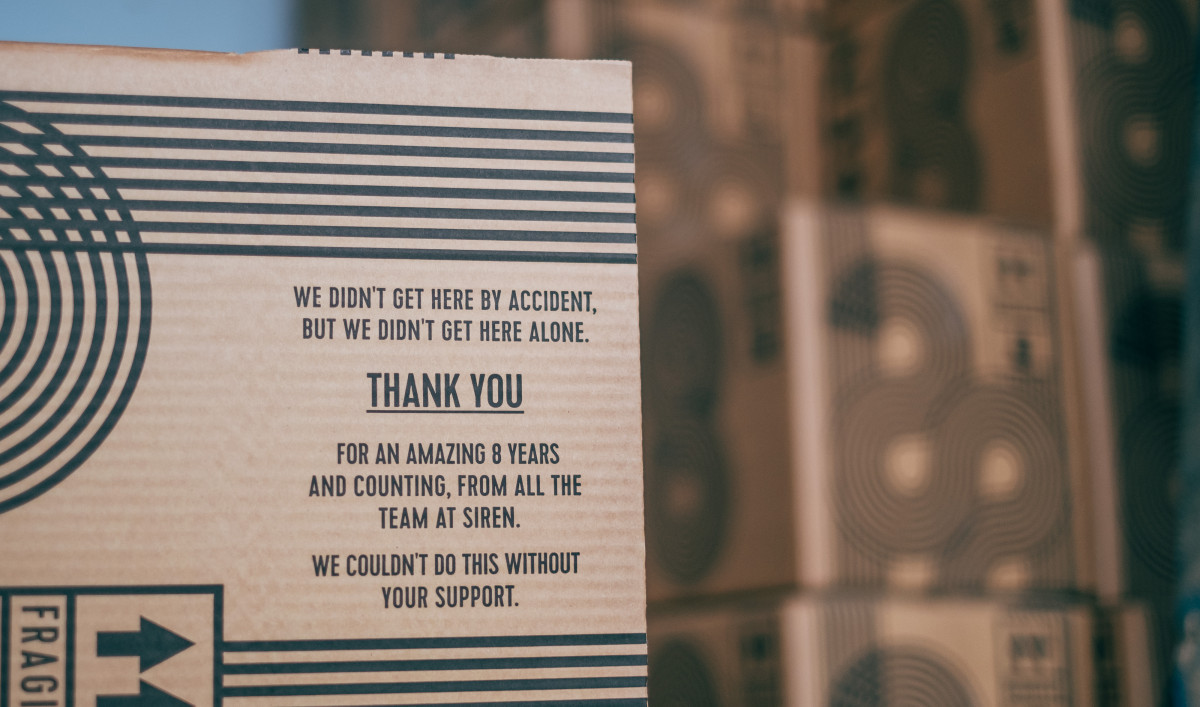 We used an interactive online bot, asking users to decide between a Pale Ale, an IPA or a Sour (We already had an Imperial Stout, and Barrel Aged Barley Wine planned). From there, each style had 4 further choices - for example, in IPA the options were 7% West Coast, 6.5% Fruit Smoothie, 5.5% Brut Oak & 8% DIPA. We then gave options for Hops, adjuncts (were applicable) and a name for the beer.

One name suggested was “The Grateful Eight”, which became not only the name of the beer, but the entire festival celebrations. The crowd chose an 8% DIPA with Mosaic. Everyone who answered the survey had a unique dedication on a can, and within a peel back label, everyone’s name was printed together. Our gesture of thanks to those who have supported us. The label, with its hidden ultraviolet design was a collaboration between Siren, Studio Parr and Berkshire Labels. 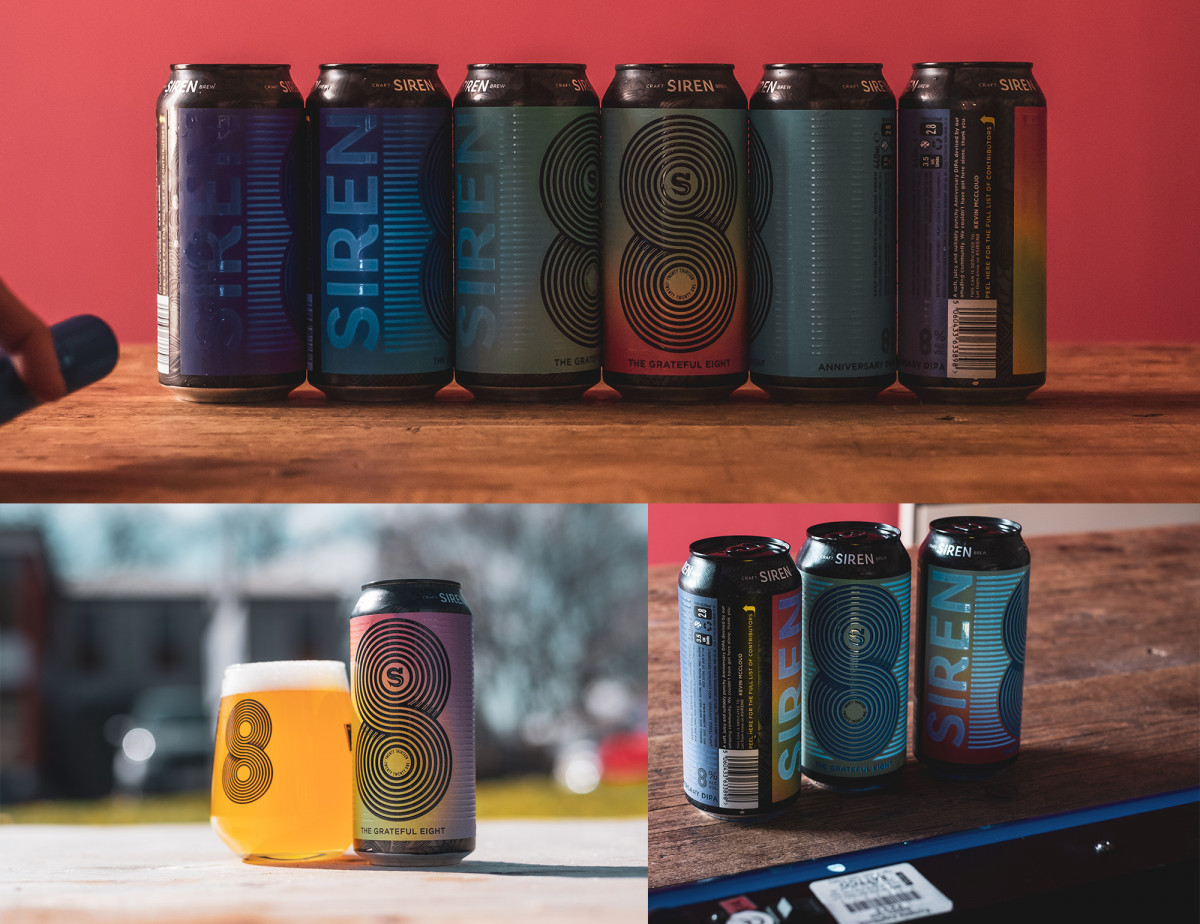 We wanted to recreate the festival atmosphere by presenting several stages of content, happening at the same time. So in planning the festival we reached out to industry heroes, the Craft Beer Channel, to act as hosts of a stage, as well as a huge panel of industry guests, former Siren brewers and more.

From initial meetings, we decided to shoot for the stars in terms of ambition. What elements does a good beer festival have? Beer, obviously, but there’s a communal aspect. The chance to hang out with mates, music, panel talks and the ability to ask your favourite brewer’s questions. People like to have a look around a working brewery, enjoy delicious street food and of course… have lots of fun - and maybe there’s also a slight element of chaos. 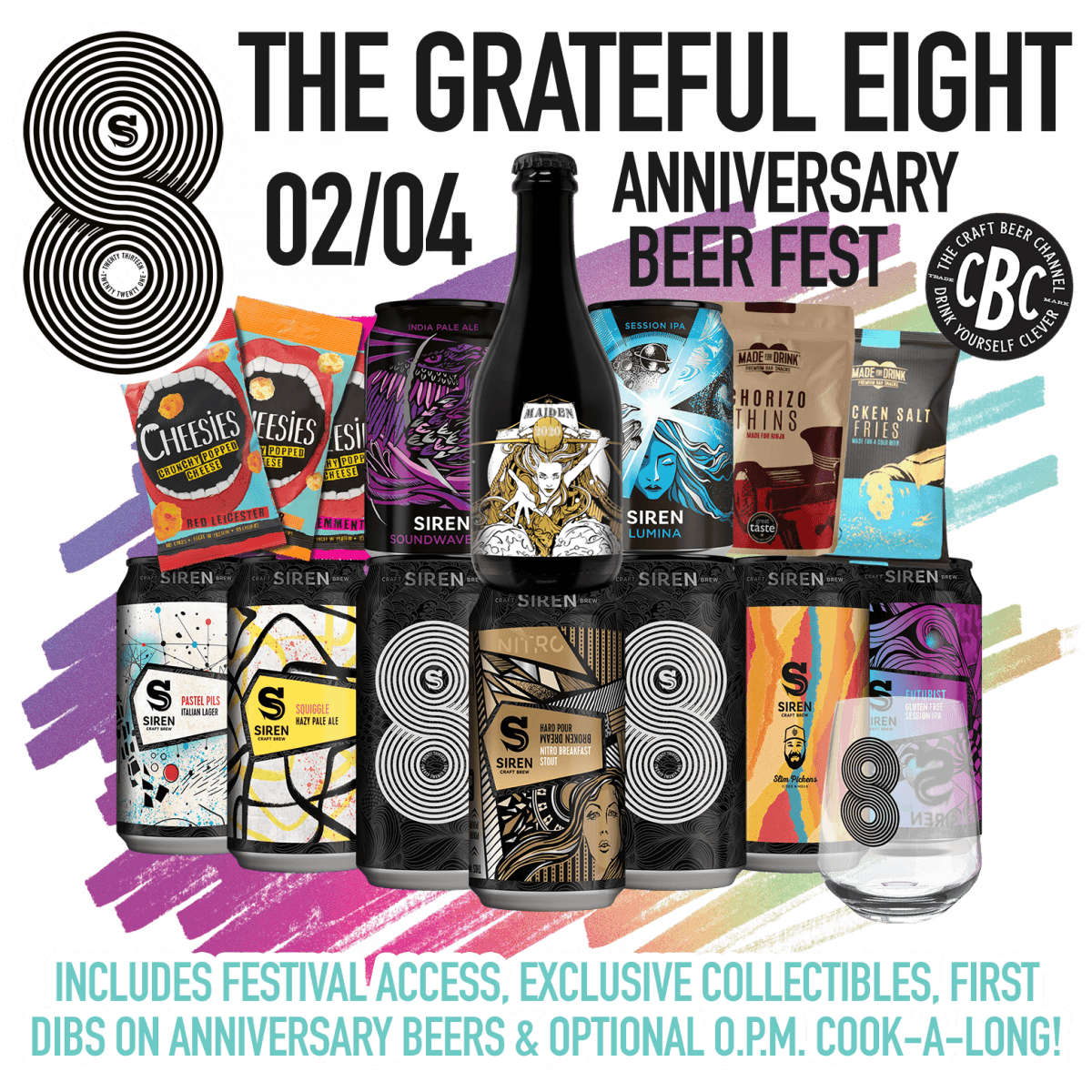 The beer bit was easy. Access to the festival was via a mixed case, available in double size for bigger households. We met with various online conferencing platforms before landing on ‘Canapii’, whose founder is actually local to us. Using Canapii, attendees could have private meetings, message hosts, feedback via chat and access 4 stages of content - 3 showing live streams, 1 on demand.

We teamed up with Original Patty Men (and Makan Malaysia for vegan options) to send out burger kits for a live burger cookalong. We even had live DJs and an inter-brewery lip sync battle. The beer fest, online.

The screenshots above show a small slice of the action, with the festival running from 2pm until 10pm on a Bank Holiday Friday. Each live stream was presented with a recommended beer pairing, picked from the festival box. 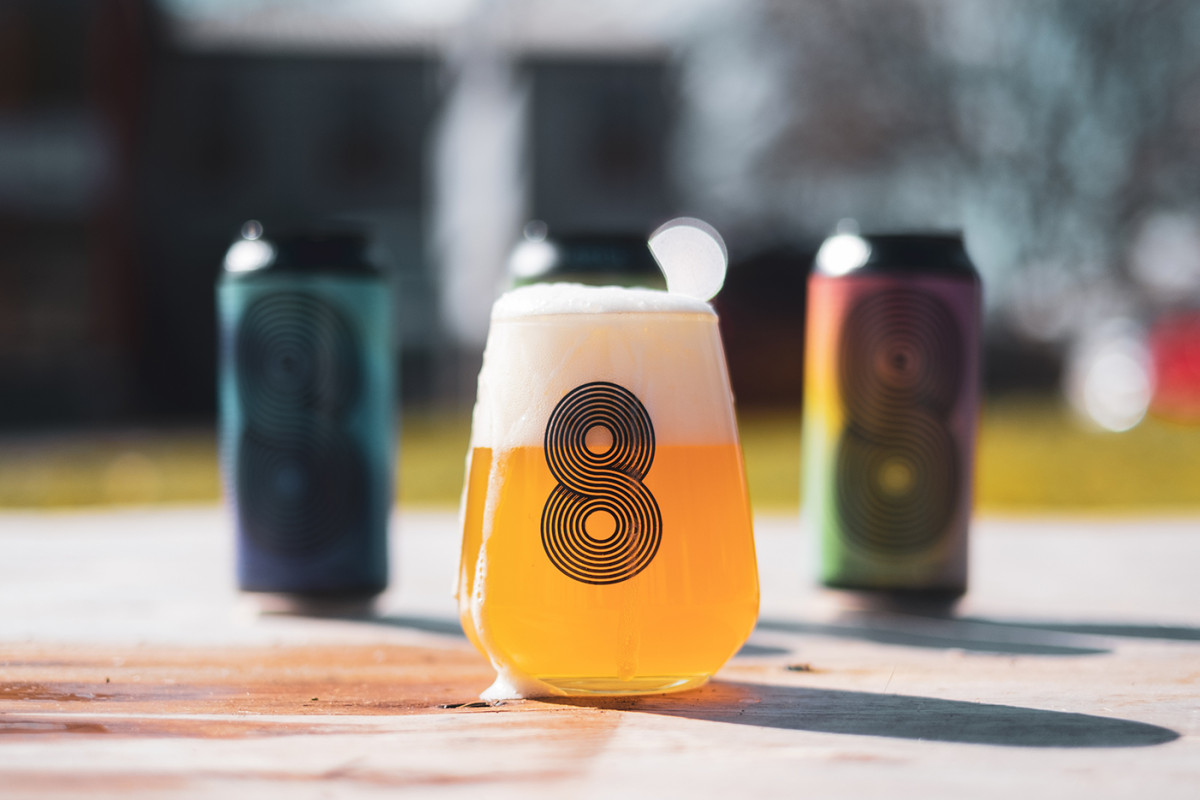 Easily the most ambitious lockdown beer festival I have seen! Siren essentially created Netflix, for beer, for eight hours.

We swiftly realised that although we had a wide range of content, the biggest take home aspect of any beer festival is having a laugh. The best beer memories are when you’re laughing with friends. And so, we contacted a number of breweries to take part in a lip sync battle.

As well, of course, as making our own.

“Omg my heart! Hahahaha’ | “Brillant!” | “I’ve got to watch all these again tomorrow when sober so I can remember” | “all amazing, but Wild Weather - wow” | “That was brilliant” | “thanks guys that was awesome” | “this was incredible” | “top feature of a top event” | “thank you so much, this was amazing” | “this was MASSIVE”

One really important aspect for us throughout all of this was to make sure we were giving back, and so we selected three amazing charities to raise funds for - Reading Red Kitchen, Hospitality in Action and Leukaemia UK.

After all the boxes had been shipped, we sold access tickets to the event for a £10 charity donation. We also sold raffle tickets throughout the event for the chance to win a rare, and very special etched box containing five different vintages of Maiden. Once all of this was collated, we matched the final number to double the donations and had a grand total of £6,198, meaning £2,066 to each of the three charities.

We even arranged an afterparty. The DJs who would normally play at our festivals live streamed a set from an empty club (another reminder of what we were making up for). The team behind the event finally got to kick back and get in the festival spirit, with months of hard work very much vindicated.

The feedback and response was overwhelmingly positive; really special memories for everyone involved. It reminded us why beer is so important. This is a community, and lockdowns threatened to take that away from us. To turn it into something good, that actually brought more people together, is something we’re very proud of.

In one event, we were able to not only bring people together to have fun, talk to each other over a beer and enjoy some good food, but we were also able to help our friends in the trade. Bottleshops sold the mixed case boxes and joined us on the live stream and some smaller breweries who joined the Lip Sync got exposure to a new audience. Overall, we hope it helped people to escape the monotony of being at home.

Cheers to everyone who joined, we had a blast. Hopefully we see you at one of our 9th Anniversary launch venues!