March 8th is an important day of the calendar because it marks International Women’s Day. For us in the brewing industry it’s a chance to celebrate women in beer, and hopefully showcase the inclusive and welcoming nature that craft beer should be all about. Beer is genderless. Beer is for everyone.

Today, over at our friends Elusive Brewing, a beautiful beer for everyone is being brewed up right now by a team of incredible women, lead by Jo, from The Malt Miller, Ruth, from Elusive Brewing, and our very own Hayley.

We took some time to talk to the women involved about what International Women’s Day means to them, how this project came about, what to expect from the beer and how the craft beer movement as a whole can do more to welcome more women, both working within the industry and enjoying the end product. 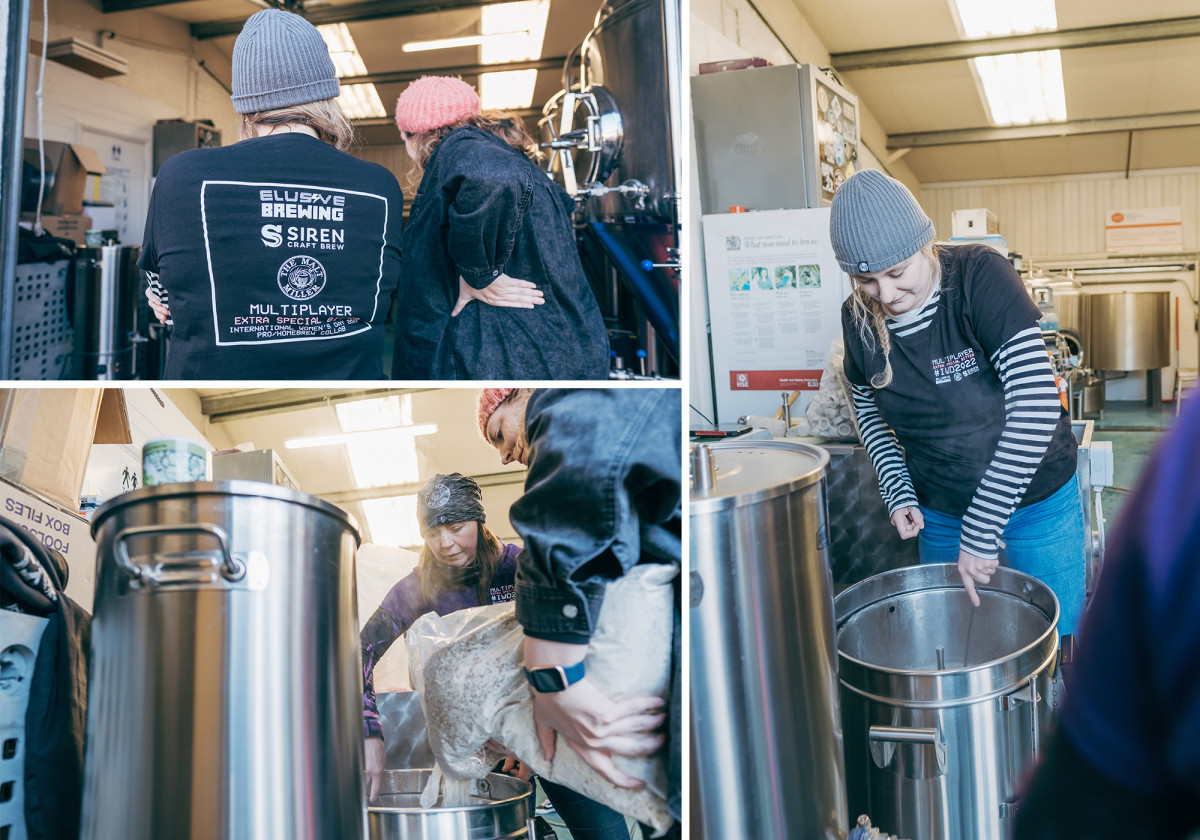 As co-owner of The Malt Miller, Jo wanted to try and attract more women into homebrewing. It’s no surprise to anyone that homebrewing is seen, and indeed is, a more male dominated pastime. But she knows better than anyone that it doesn’t have to be. Homebrewing is an accessible, enjoyable and increasingly doable activity for anyone to get involved with. 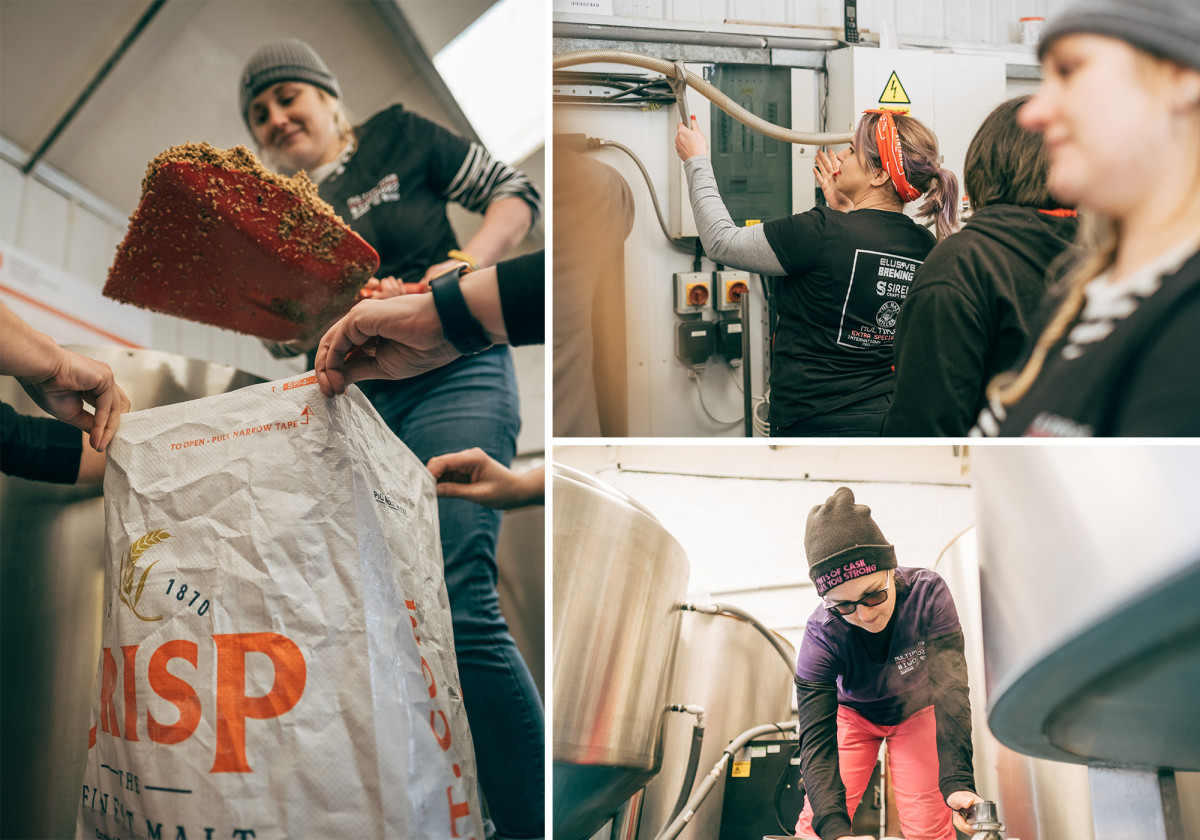 Jo took to the homebrew kit to start running events and inviting more women to try it out. 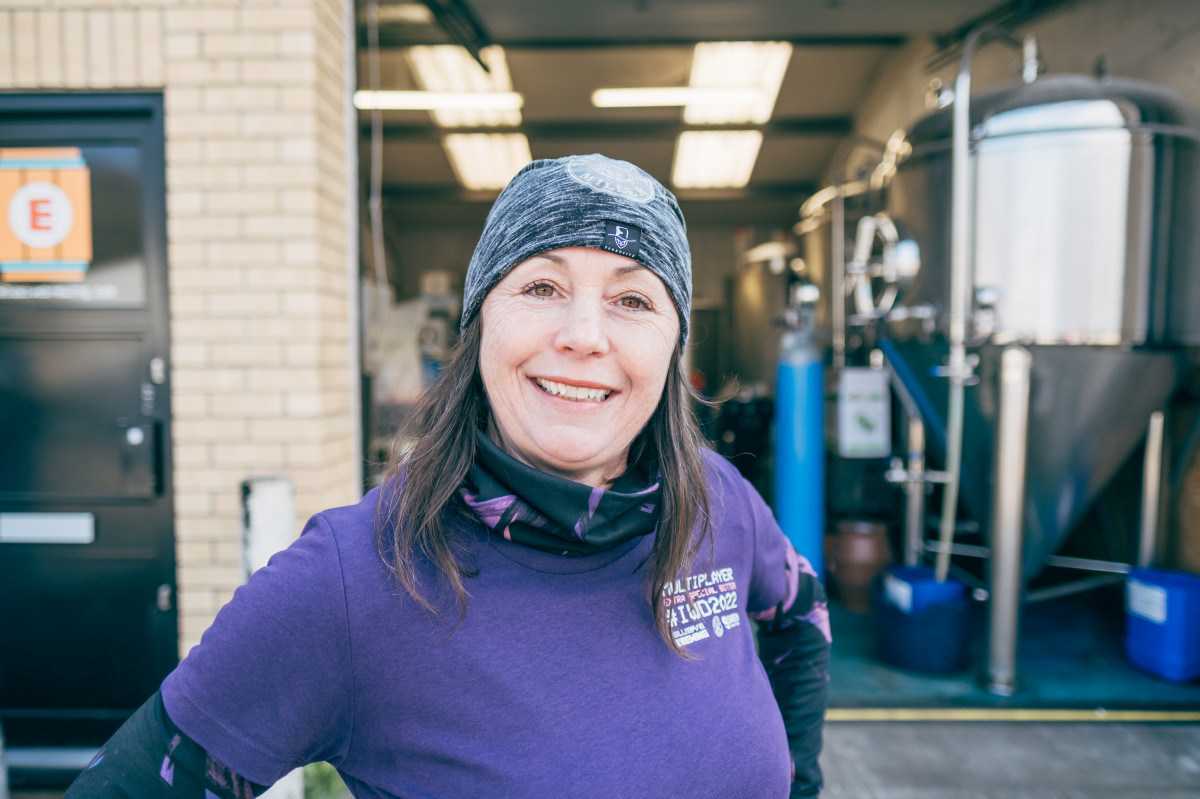 “International Women's Day is the perfect opportunity for us to be able to get out and promote that message that brewing is for everyone.” - Jo - @TheMaltMiller

Jo contacted Ruth, from Elusive Brewing, who was immediately onboard with the idea. The beer name “Multiplayer” was suggested as it encapsulated the collaborative nature of the beer, whilst also being bang on brand for 8-bit themed Elusive.

Soon after, our very own Hayley was asked to join the brew. Ruth and Jo then began to invite more women from all walks of life to join in. The team all chipped in with their own elements to create the recipe. 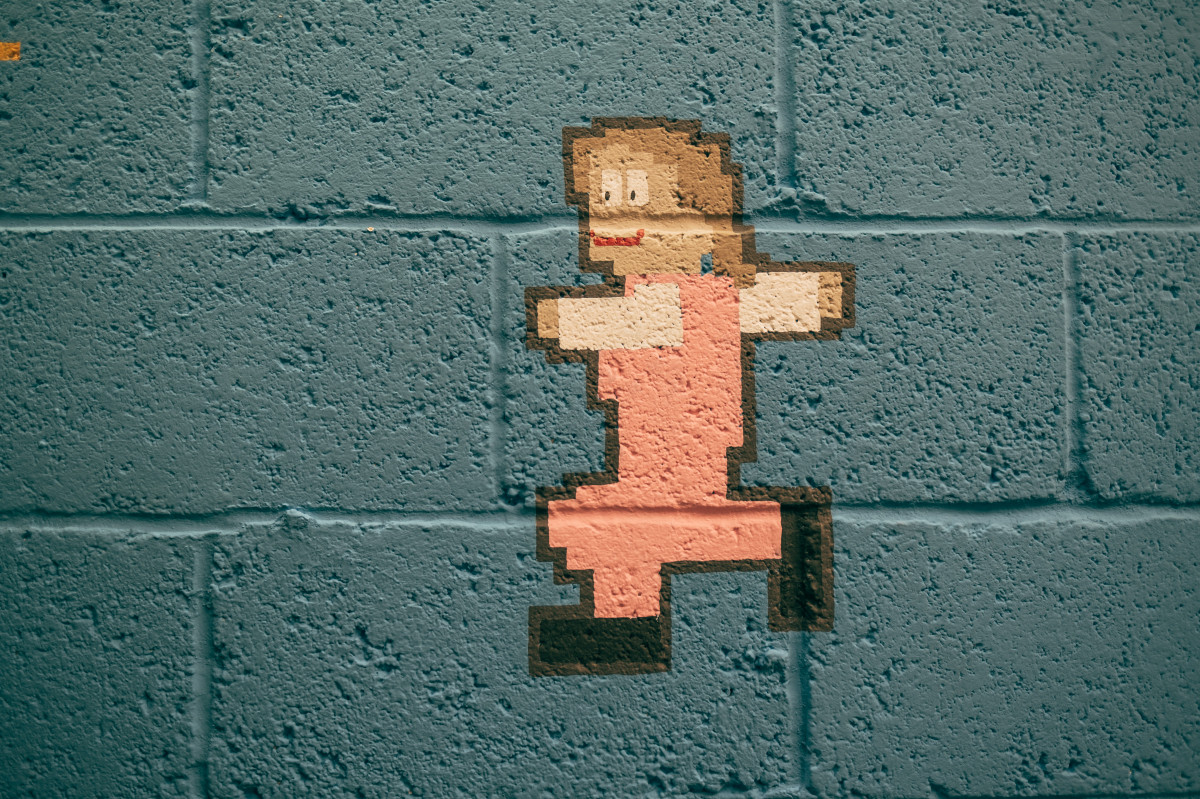 “Hayley and I both started our beer careers at traditional family breweries, so this style really plays into that. We wanted to brew something a bit different, something we all love.” - Ruth - @BeerFaerie / Also follow Jane from Elusive Brewing!

An Extra Special Bitter was decided upon. Ruth suggested Mandarina Bavaria hops, as she loves the more citrus element they bring and thought it would add some nice freshness to the finished brew. The Malt Miller team chose Centennial, for the piney character and grapefruit notes. Hayley, given the chance to roam free with hop choice, chose a hop she’d always wanted to brew with, but had never had the chance. What she calls to bring a bit of herself to the brew - Northern Brewer. A more traditional bittering hop, perfect for an ESB. 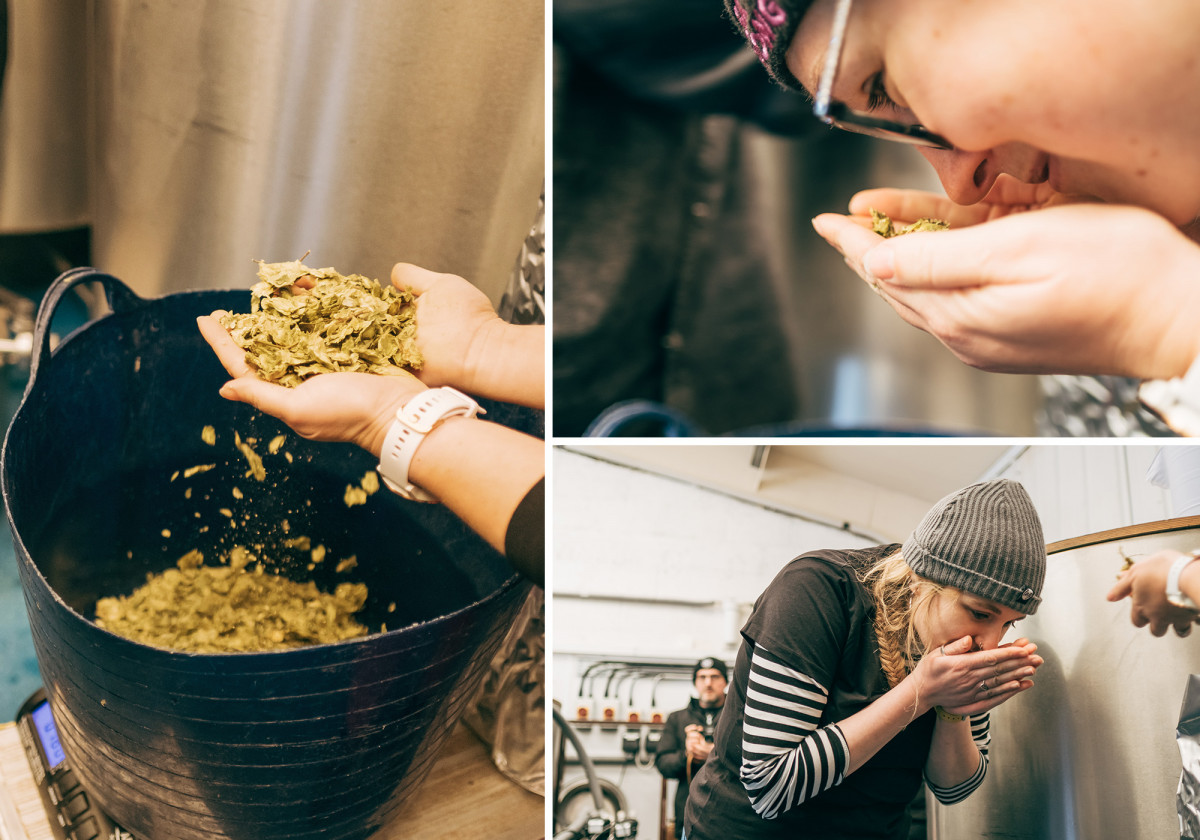 Prior to brewday, The Malt Miller team put together a homebrew kit with the recipe, so that others at home can brew along at the same time. Indeed, the brew day at Elusive consists of two beers - one on Elusive’s brew kit, which will be packaged and commercially available, and a homebrew version from The Malt Miller’s homebrew kit. 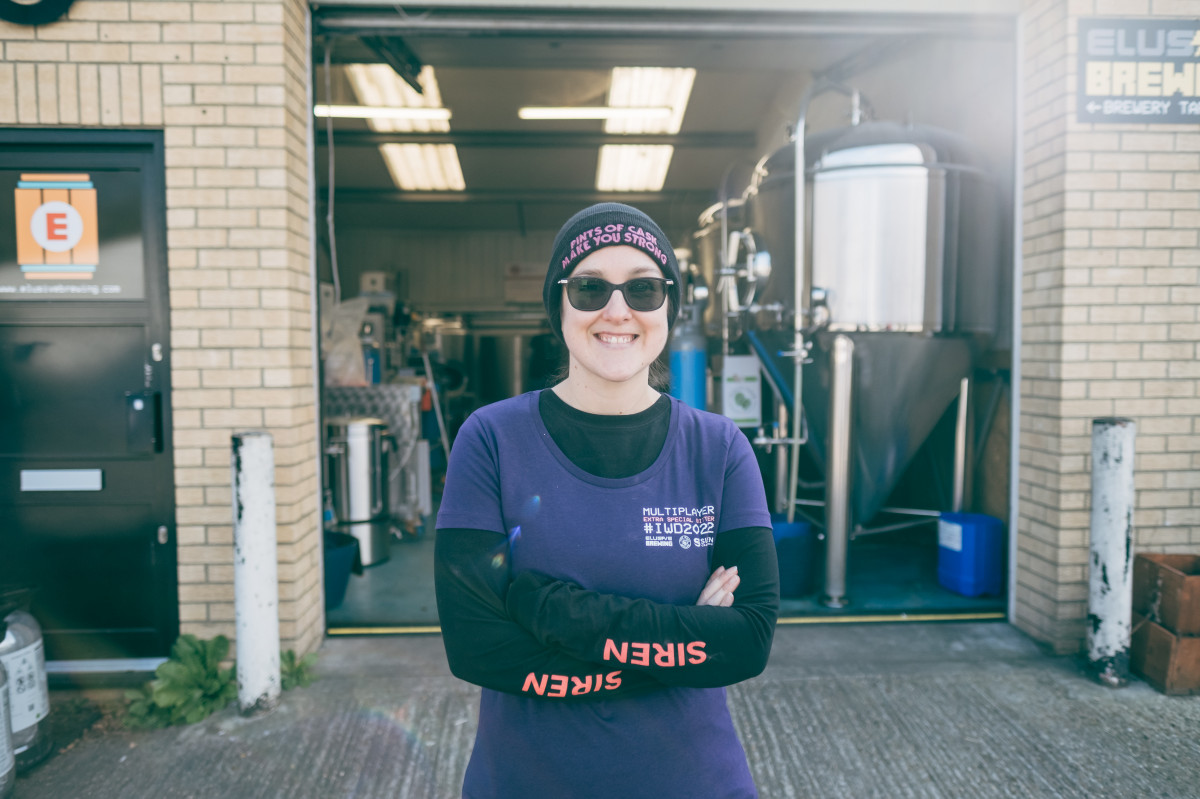 Hayley’s been a brewer for a long time, beginning as a homebrewer, with varied success! She started at Fuller’s after being inspired by Georgina Young (Former Fuller's Head Brewer) and realising that she could be a professional brewer.

“For years, the brewing industry has seemed that it’s for men, who typically might be physically stronger, because at one time it was a physical job. Even now, you see adverts for jobs with “Must be able to carry 25kgs” but I don’t think that’s the case. At Siren, we now have a keg trolley, so we can move heavy kegs. Brewing is more automated, so it’s more accessible not just for women, but anyone really.”

“It takes time, but we’re opening up those barriers for people doing jobs like this. But there’s a gap between knocking down the barrier, and people realising that the barrier has been knocked down.”

“You automatically think it must just be all these strong people brewing, but it’s not. I went on an open day at Fullers and realised that it was for me too… Days like this are important to show everyone that this could be for them.” - Hayley - @SirenCBHayley 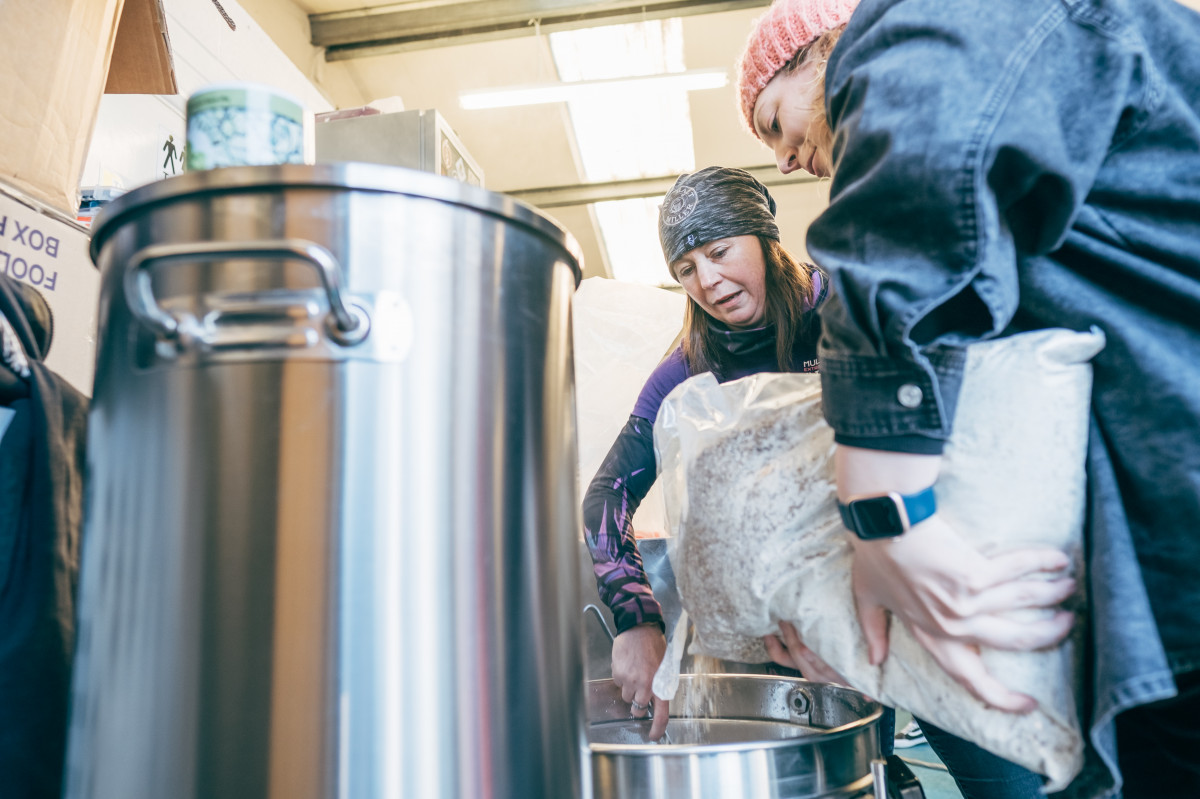 Jo (The Malt Miller) and Zoe (Mine's a Pint)

“I write for the local “Mine’s a Pint” Magazine, I’m always out and about visiting breweries and things but I’ve never brewed, so I was really excited to come along and join this brew day. Not only that, I’ve known so many of these women for years, but only via social media. There’s a great community of like minded people, so it’s good to meet people in person but also just to get the word out that we would love more women to be involved at every level. Sometimes it can feel a little intimidating, but days like today just open it up. It's great.” - Zoe - @ZoeOnPop

“I run Olaf’s Tun in Southampton and actually asked on Twitter if anyone had an International Women’s Day Brew I could join, and Ruth reached out so I jumped at the opportunity! As a bar owner, it’s important to have a welcoming environment for women. We actually found that having a wider range of drinks, not just beer, helped that, but then we spoke to women about beer and found styles to suit their tastes. Having welcoming and knowledgeable staff goes a long way.” - Maz - @OlafsTun / @ellepoursdrinks 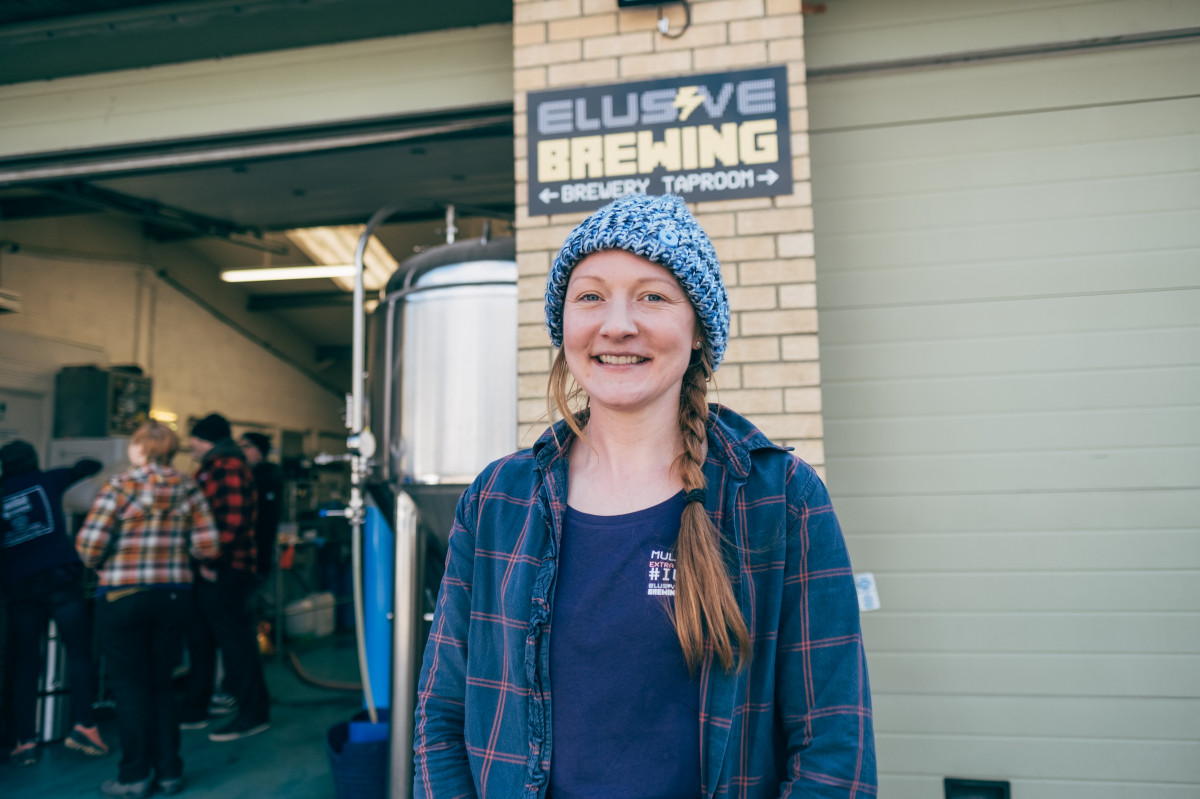 “I’m a Malt Miller customer! I did a brew day there about 4 years ago and have been an avid home brewer ever since. There’s a real growing group of women connecting, and enjoying beer, and days like this just show that beer is for everyone.” - Rachel 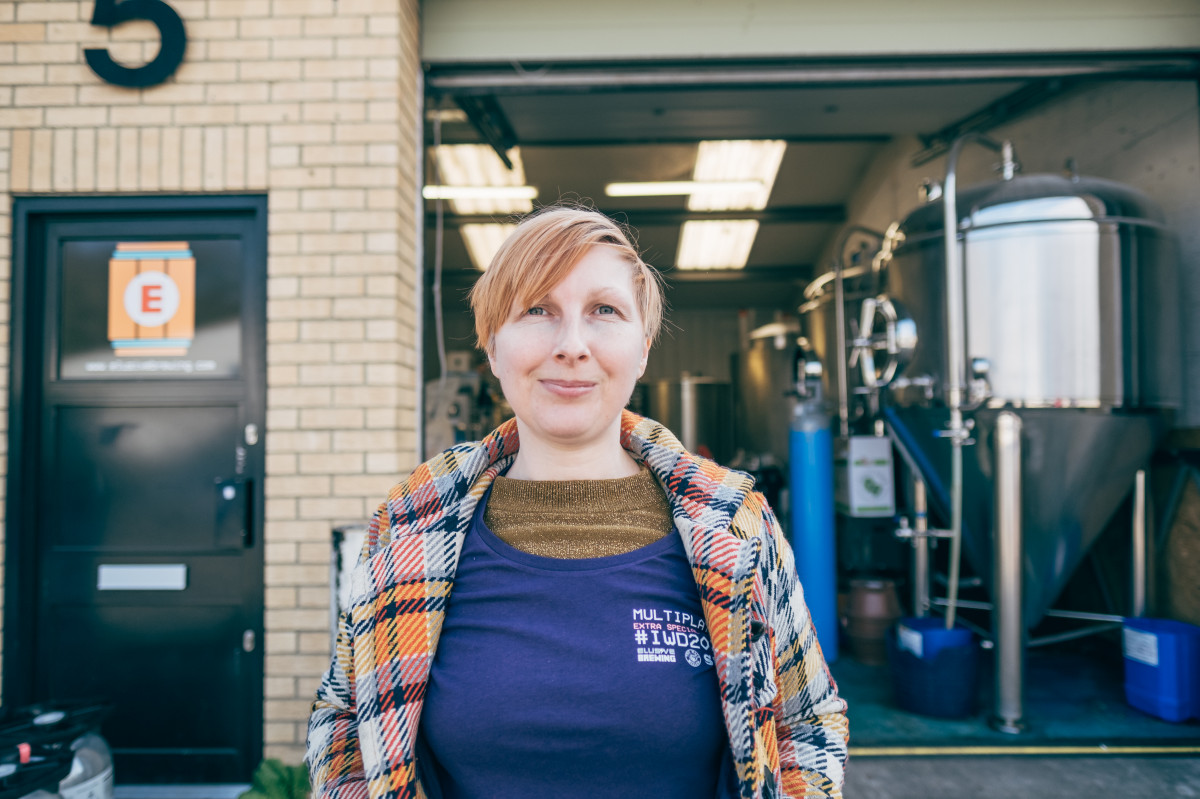 “I’ve been homebrewing for 10 years this year! For me, IWD and days like this is all about women coming together and lifting each other up. I really like the Malt Miller’s concept of encouraging more female homebrewers to get involved and learn how to brew.”

“I think the industry has to stop making assumptions. You see things like Mother’s Day marketing all about Rose Wine etc, but women like beer! Days like this are a great positive step.”  - Kat - @katrinnas 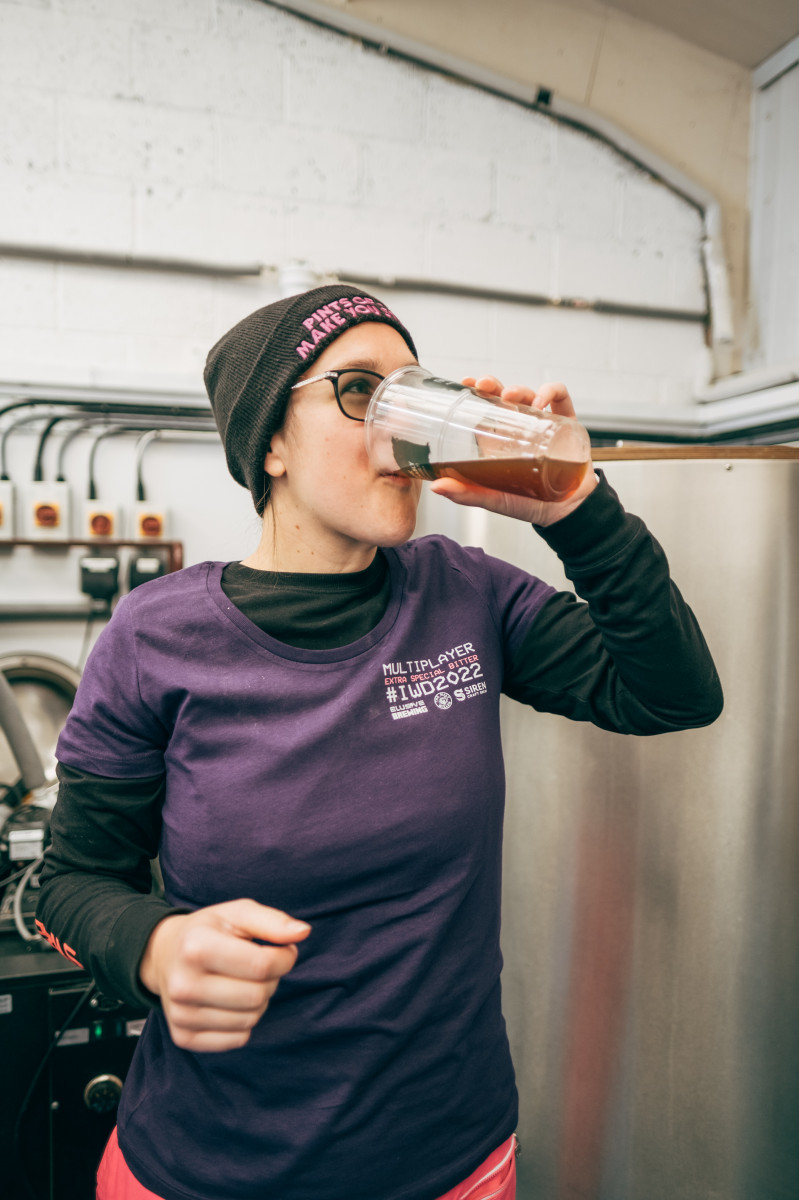 If how much Hayley enjoys the Wort is anything to go by, the beer will be great!

The finished brew will be packaged and ready for late March. Join us at The Castle Tap in Reading on March 31st for the first taste!

The Malt Miller recipe kit is available here - and will also be available to buy alongside the finished cans, once available.

Meanwhile, there is another incredible brew day taking place at our friends in Reading, Double-Barrelled. Click here for more coverage of that, where our very own Hannah (Webshop Manager) is chipping in, along with the Mayor of Reading.