Tim Goes Behind The Scenes 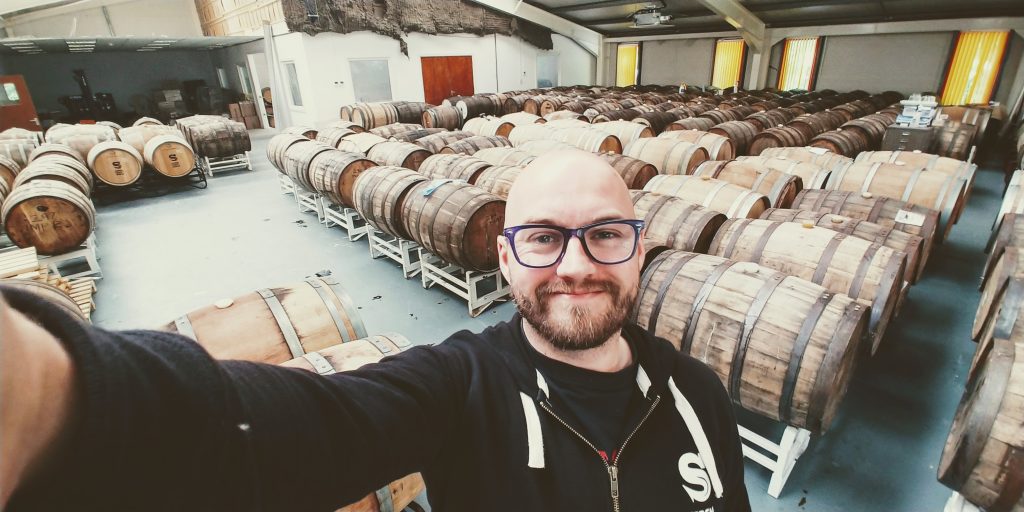 I’m Tim and I’ve been content and social media hero (my word, not the official title) for Siren for about 2 months now. Basically, I’m the guy taking photos, making videos and chatting to you on social media, but you'll also find me working with our online shop, posting some blogs and helping our customers out on a day-to-day basis.

I’m super excited to be in this job because I’m finally one of those annoying people whose job is their passion. It’s been a whirlwind 2 months, hitting the floor running, but I’ve taken a few days out to experience a variety of different jobs within Siren; this is my report back on those days!

“Hey Tim, can you come in on the bank holiday? We want you to spend the day in the brewery helping out with White Tips”

I think we all know what the answer to that was.

Waking up early, I headed to in to the brewery to make sure I didn’t miss anything. Turns, out, I was about 3 hours behind head brewer, Kyle, who’d been at it from about 5.30am. Good beer takes dedication, folks!

Today, was my first experience over in the brewery and I was like a kid in a candy store. A big candy store filled with massive silver tanks, loud noises, malty smells and beer geeks. Awesome. 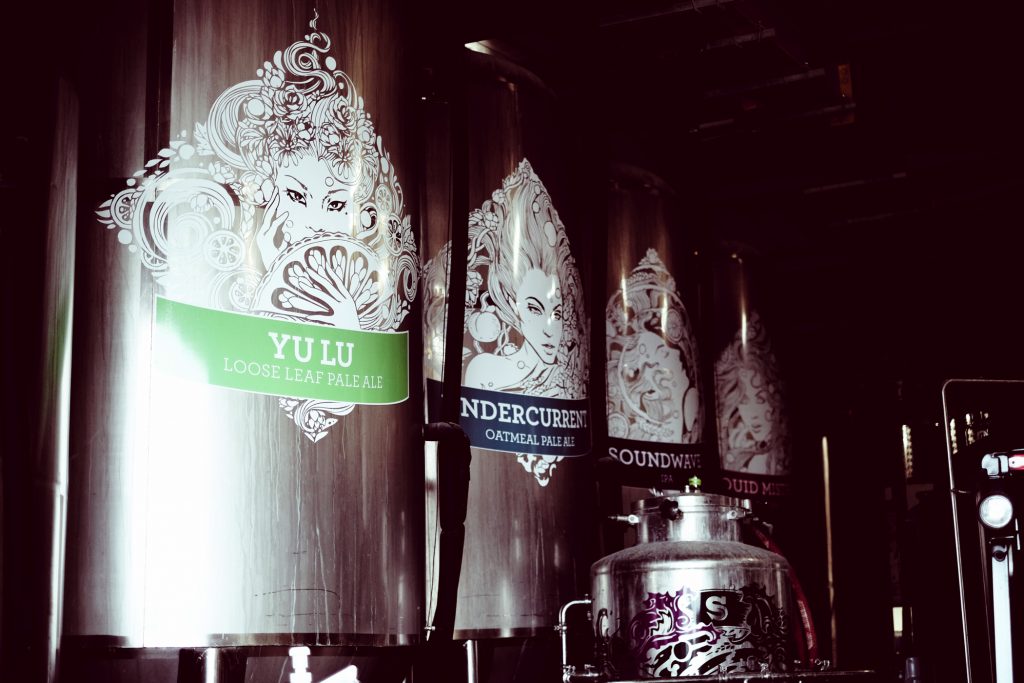 Not long after I turned up, Kyle left to do his other duties around the brewery (paperwork and cleaning, as it turns out), so Sam took over to talk me through what was going on. Now… I have to be honest with you all; Sam told me loads about the brewing process and I picked up very little of it. Again, it’s a loud environment and I’m not in the business of getting Sam to repeat himself - he’s got an important job to do and I didn’t want to get in the way.

I was, however, hugely excited to see how it all comes together. Luckily, after White Tips worked its way through the system, another brew (Calypso) was started, so in a backwards way I saw the entire process.

The process starts with the mashing in. Essentially, lots (no seriously….. lots) of grains and water pouring in and heating up, whilst a big metal thing (the rake) keeps everything moving around. It’s in there for a while, whilst Sam continually checks temperatures and timings and various other cool bits of science.

One thing I noticed is that Sam never stops moving. There’s always something to be done. Whether it’s measuring out the hops, prepping the fruit to go in the brew, opening and decanting sacks and sacks of barley or simply answering my inane questions, he’s a busy brewer. One question I asked that I do remember the answer of was “What made you want to be a brewer?” The answer, as it turns out, was that scene in Breaking Bad when Hank’s “Schraderbräu” homebrew bottles are exploding…….. okay then. 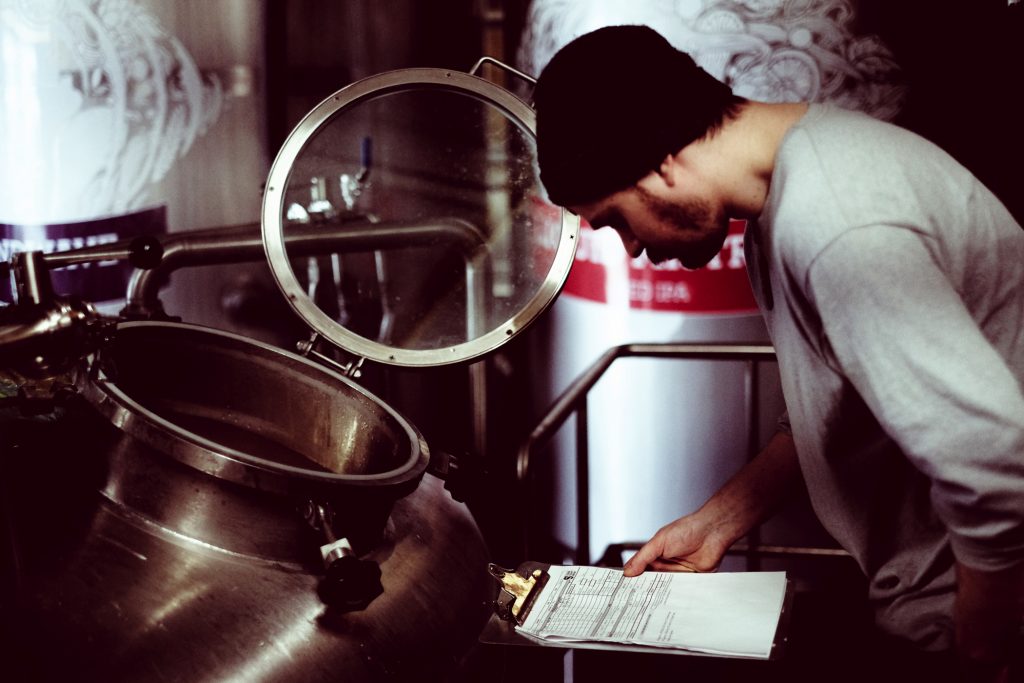 After mashing, the brew moved through the pipes into the boiler. It was great watching it all flow in. Sam explained the science of what was happening (and I forgot it) and this is where the first batch of hops were added.

After more checks, including a sample being checked for gravity (It didn’t float off like an Astronaut’s lunch so I presume it passed the checks) it went through into the whirlpool. No, not the dishwasher in your mum’s house (for accuracy my Mum has an Bosch - other brands are available) but a 3rd massive stainless steel tank. In this tank, all the fruit was added and I truly wish this blog had smells attached… 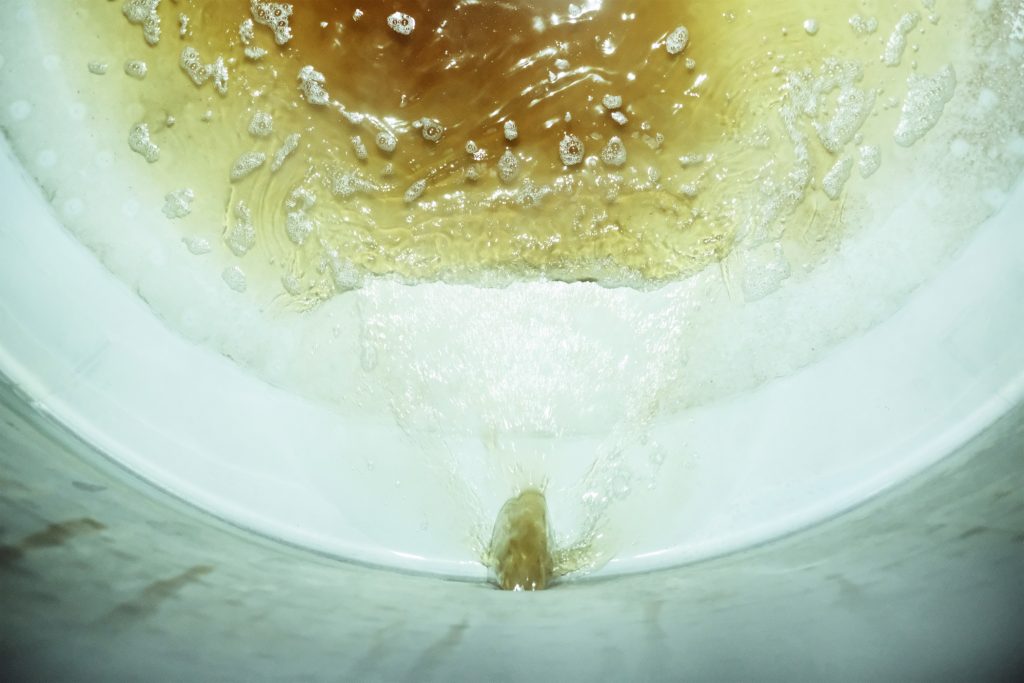 For my day in the brewery, I have a confession to make. I was meant to be helping and I did none of that, but for good reason.

Yep, I was filming the whole time, so check out this short video in which Sam explains things a bit better than I have.

My take home point of this day, however, is that brewing is a labour of love. Our guys work damn hard in a loud and labour intensive environment. But they do it because they love it and they’re dedicated to their job and making great beer. As I told Sam, to a beer fan brewers are like rock stars. After spending the day with him asking questions and seeing how it’s all done, I’ll admit to being just a little bit fanboy. 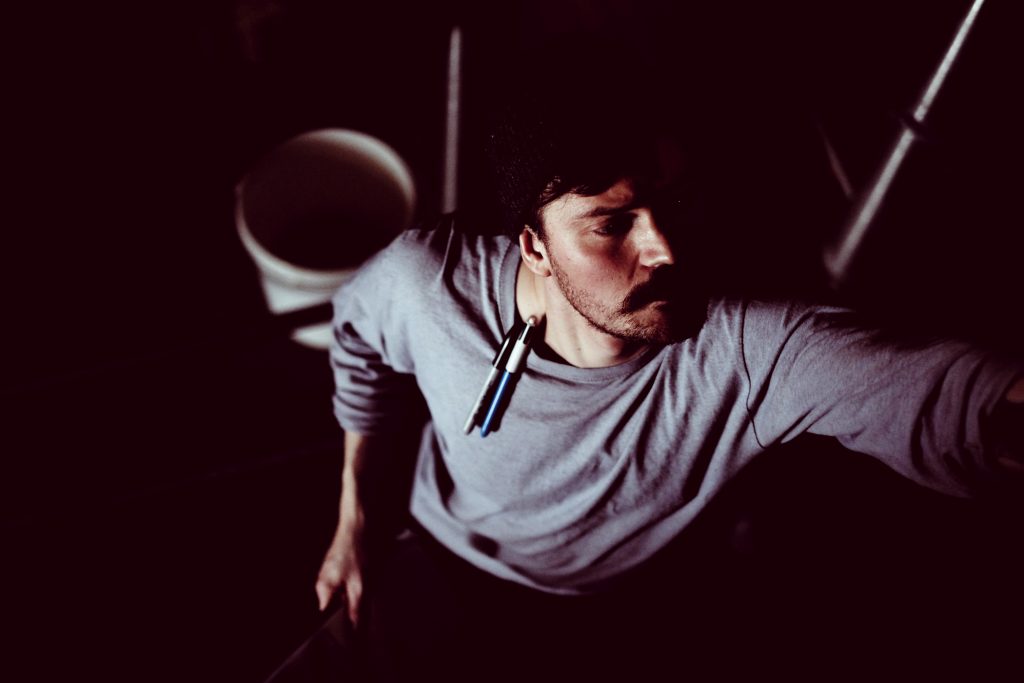 After the beer's been brewed, the next stage is getting it into whatever receptacle it’s going into to reach you guys; kegs, casks or bottles.

My first job was to help on the bottling line for “Beast from the East”, a big Triple IPA with bags of flavour. The first thing that struck me was how nice, helpful and dedicated my new colleagues are. Everyone took time out to introduce themselves to me and tell me about what they do for Siren, detailing exactly how it’s all done. The second thing that struck me was the level of attention to detail, accuracy and quality control. Nothing happens without someone noting it down, creating a perfect timeline of events to check back on and to make sure the final product is more than perfect. 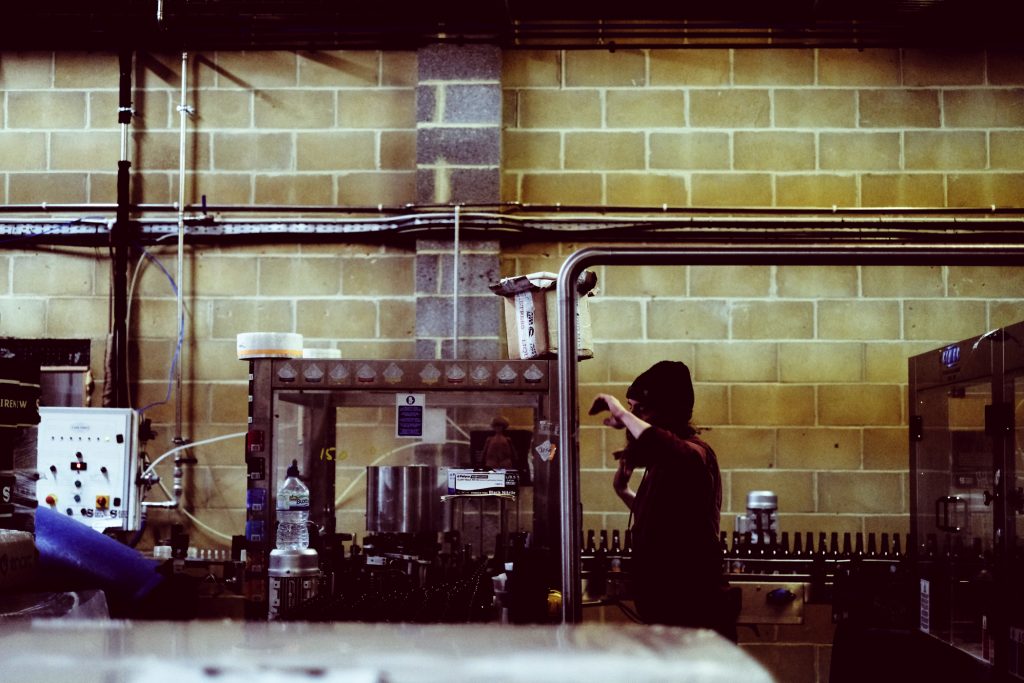 After a small initial run, the bottling process is halted. This is so that several random samples can go off into the lab to be rigorously tested. The Lab Manager, Rich, carries out several tests on the beer to make sure it’s up to scratch. Another batch of freshly bottled beers are shaken up for 5 minutes to make sure they don’t explode. There’s probably a more scientific reason for that shake-up that I didn’t learn, but they didn’t explode so that’s good. Only when we got the all clear - the beer was perfect, the oxygen was right etc - could we proceed.

The bottling machine itself is really cool to watch. Bottles get loaded on, before getting picked up by the mechanism, labels added, logos added, washed out, beer filled and then capped off and the outside of the bottle washed one more time.

I watched in awe as every step of the process was carefully monitored. Before I worked here, I knew Siren made quality beers (Yu Lu, Sound Wave & White Tips being particular personal favourites) but now I can truly tell you that they’re quality beers. 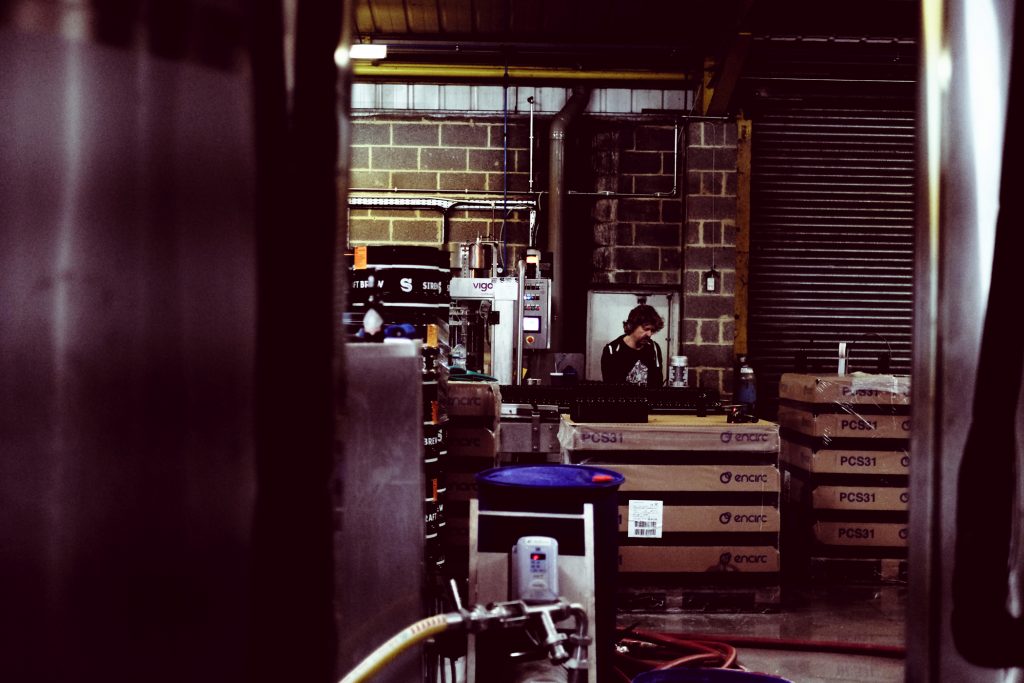 I wish I could tell you the exact processes and checkpoints that those bottles went through but it was too noisy to record sound, I was wearing surgical gloves and I didn’t want to intrude too much on an important job. However, as a beer fan, I want to know more and I’m sure you do to. I’ll be heading back to speak with everyone, doing some video interviews and walkthroughs, and giving you some more stories from the brewery.

After my sales colleagues in the office have done their bit, it’s time for the beer to be loaded into our beautiful vans and head out to pubs, bars and bottles shops around the country. Again, heading in to work early (Don’t say I’m not dedicated to this blog…) I was due to join one of our drivers, Scott, on a run into and around London. 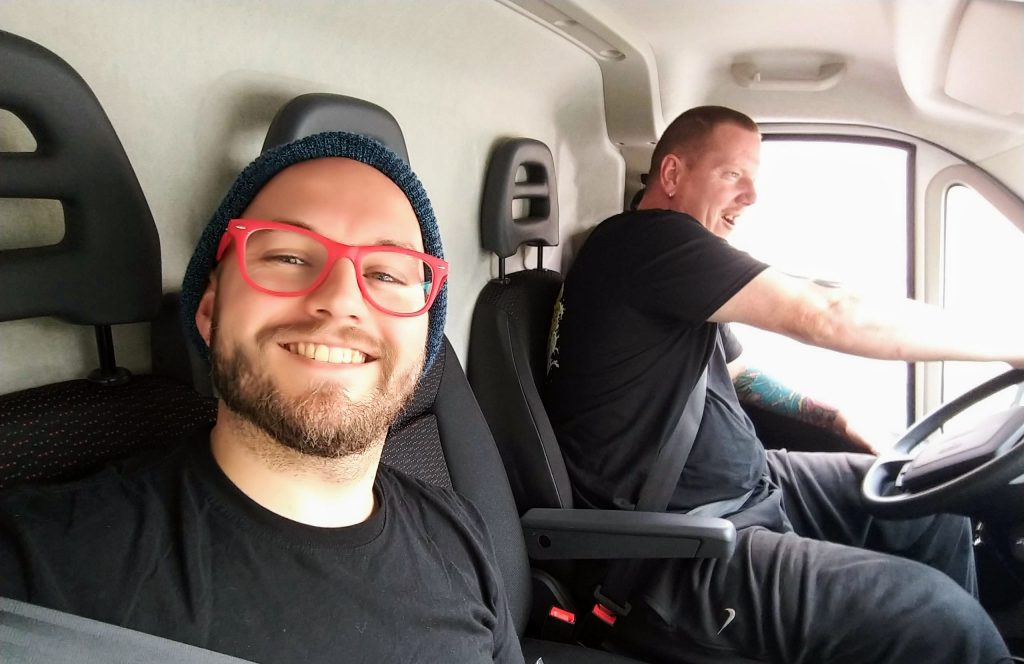 From my normal point of view, sat up in the office above our awesome Tap Yard, I see the vans leaving in the morning and returning in the afternoon. I overhear the chat in the office about van weight and how much can go on each load. Luckily for me, I made weight and was allowed out to see a day in the life of a beer delivery person.

The process actually starts with our dedicated warehouse team. They have the important job of making sure that all the vans have the correct beer on in the correct order for the drops. Sometimes this can be done the evening before the run, but the vehicles still need loading first thing in the morning, because we don't let the beer leave our cold store until it absolutely has to. Luckily, with people like Byron in the warehouse we're in good hands, he's been working here for over two and a half years and knows the job inside out.

I’m hoping it was nice for Scott to have some company for the day, I wondered if it must get a bit lonely being a driver out on your own for large parts of the day. Conversation flowed and it was nice to get to know Scott, but also to hear about the downsides of delivery driving. In order, these are:

Heading into London, we were lucky not to hit any traffic.

Haha! You fell for it, no, obviously we hit loads of traffic, after all, it’s London. This is the dedication we have to get to our beer to you good people. For all the delays and short nudges forward, Scott remained calm and composed throughout. At least, this is what he’d want you to think and he’s much bigger than me.

Our first drop was at The Old Pack Horse in Chiswick and after finding somewhere to pull the van over we were greeted by a friendly chap at the door, who offered us a coffee. I thought to myself “Decent! It’s good to see that our drivers get looked after”. Turns out, that’s the first drink Scott’s ever been offered. It must have been me.

The next drop was at The Craft Beer Co Covent Garden, and it saw us having to go round and round the block whilst someone waited in the only drop off zone. A daily occurrence for our drivers! We also visited another Craft Beer Co site, some Draft House pubs and Hagen & Hyde. Our vans get around! We're in London three days a week, along with Berkshire, Oxfordshire, Southampton, Portsmouth, Bristol, Brighton, Tunbridge Wells, Northampton, Milton Keynes, Cardiff, Birmingham... you get the idea - basically anywhere we can get to and from in a day.

Two notable things to tell you about; One was when I set off the van’s alarm whilst Scott was inside with the keys and I was stood there looking like an idiot. The siren sounding, on a Siren van, with someone in a Siren Hoody and a Siren hat stood next to it. Quite the sight I’d imagine. 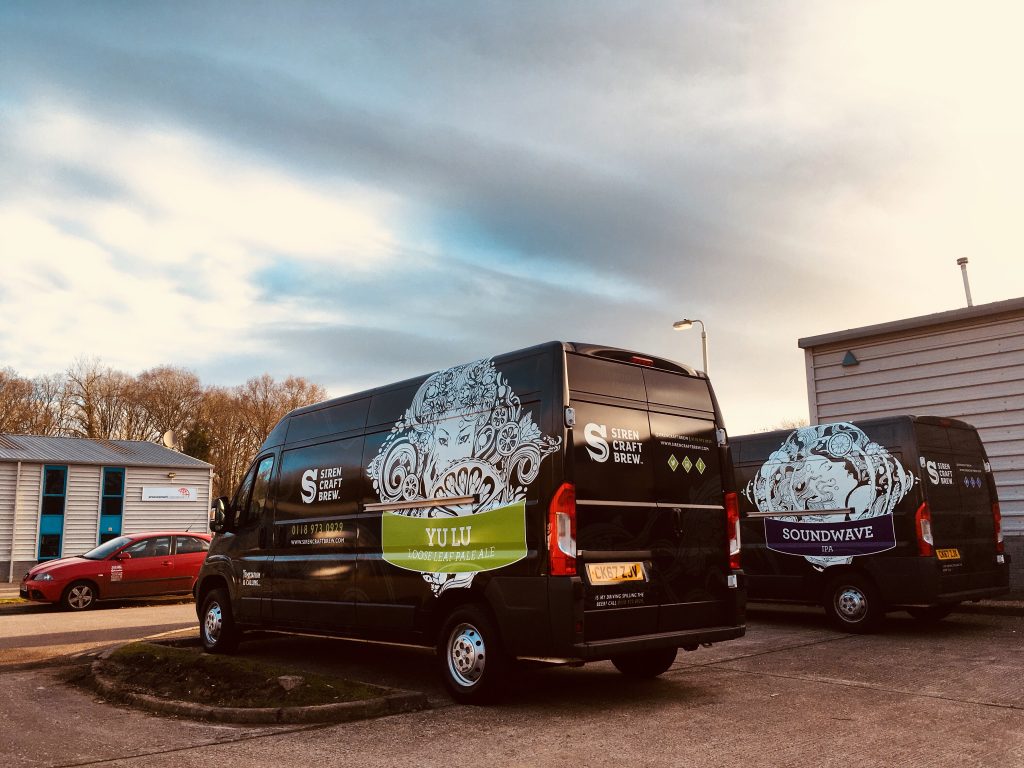 The other was when I had 3 kegs on a dolly truck and had to pull it up a big curb (and seriously folks, I mean a really big curb… like, massive) to get to the intended pub (Hagen & Hyde on Balham High Road... go and look at the curb for yourself and tell me that's not massive). I couldn’t do it… Scott laughed, then with one hand pulled the whole thing up on to the curb. I swear I loosened it, or something.

Regardless, it was a good day seeing how the end process all comes together, and following the whole process from brew to bar was very satisfying.

So there we go… it’s back up into the office to do my bit! Come say hi on Twitter, Facebook or Instagram or if you spot me at various events. It’s great to be a Siren.